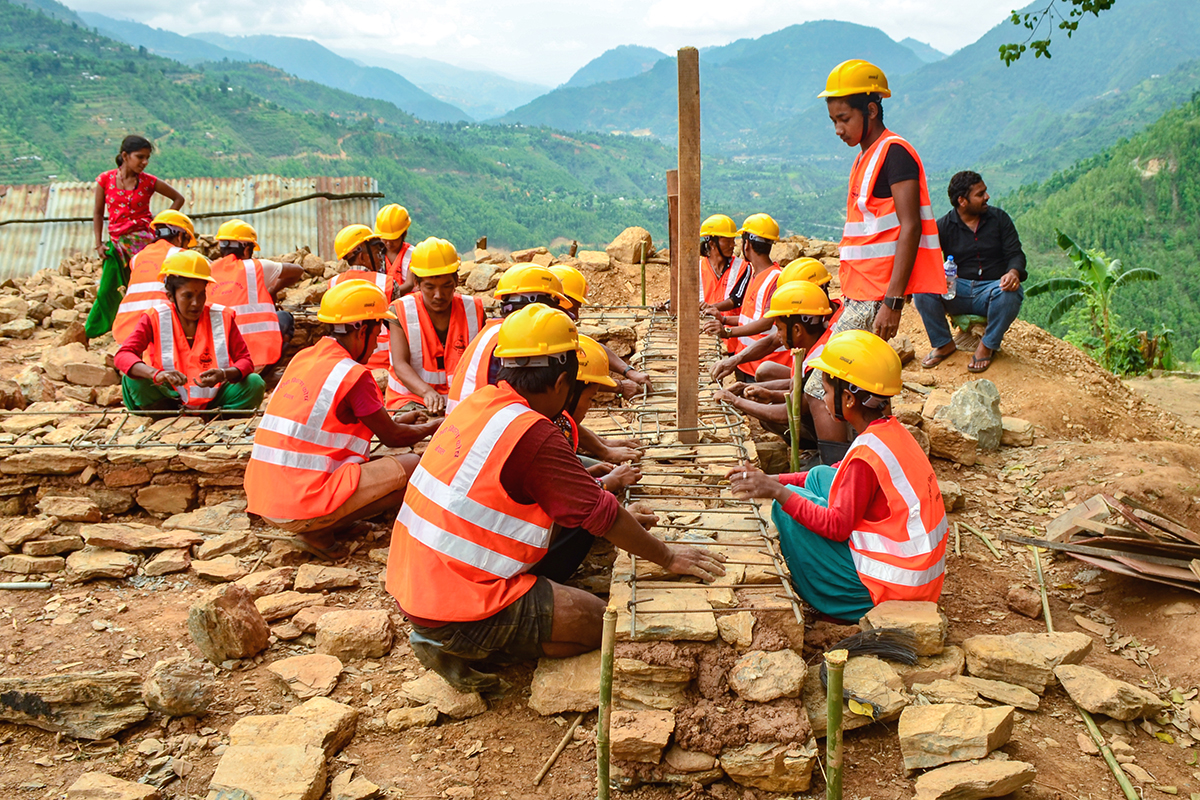 JOGIMARA, NEPAL — When a major earthquake destroyed her home in April 2015, Santamaya Chepang never imagined that she’d wind up in a hard hat and orange safety jacket because of it.

But here she is, learning to lay bricks in her home village, which sits a short hike off the notoriously dangerous Prithvi Highway, which connects Kathmandu, the capital city, with trekking hotspots farther west.

Chepang, a 32-year-old widow and mother of two small children, is in a class of 25 people, six of whom are women. They’re learning all they need to know to build earthquake-resistant homes.

“I had not thought earlier that I would construct a house like a man, wearing this type of clothes,” Chepang says.

It’s not only unusual in Nepal for women to take such jobs, says Ishwor Kandel, a program coordinator at the Holistic Development Service Center, which organized the training.

It’s practically “satirical in our culture,” he says.

But desperation can profoundly change a place and its people, as Chepang and others in her area have discovered. 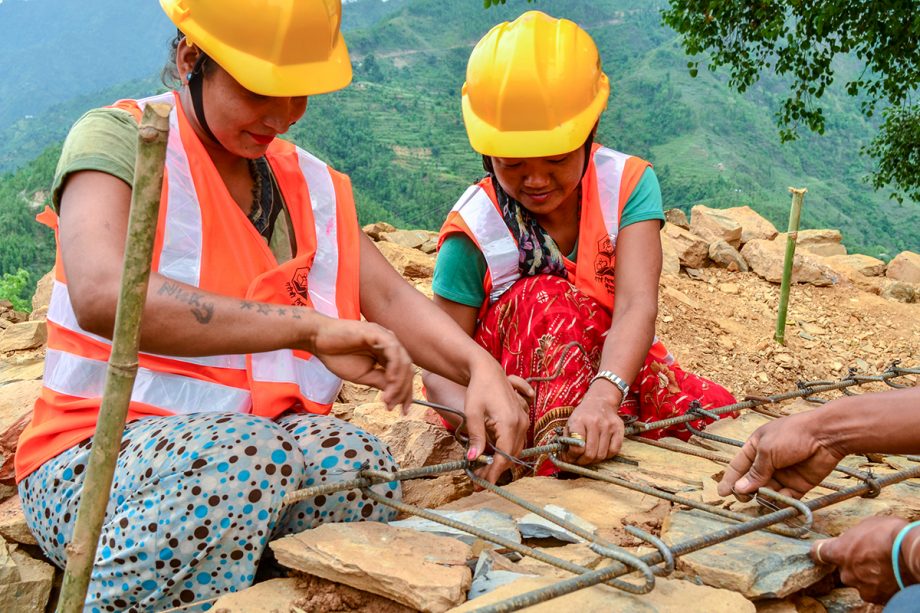 Goma Darlakoti, 18, in foreground, and Santamaya Chepang, 32, in red skirt, work on the foundation of a home in Dhading district.

Women are usually tasked with carrying bricks, stones and sand to construction sites, where men take on the actual building work. But now, Chepang says, women can do more – much more.

“The mentality that the men are needed for building houses has gone away,” she says.

Across Nepal, women are engaging in construction efforts in ways that weren’t possible before the earthquake, which killed about 9,000 people and damaged or destroyed at least 800,000 homes. Huge numbers of Nepalese men work abroad. More than 2 million Nepalese, mostly men, have been issued permits to work abroad since 2008, often for contracts lasting multiple years.

When the earthquake hit, many villages were already short of strong, young workers to help rebuild.

In response, women have entered the construction sector at a record pace.

More than 800 women have completed masonry training in six districts, according to government data.

Now, there isn’t a construction site where a woman isn’t working as a mason, says Bibek Baral, a government civil engineer who says he has trained more than 1,200 people around the country in earthquake-resistant construction techniques.

“This is a positive thing for our society,” he says.

For many families, women are the only work-ready members. 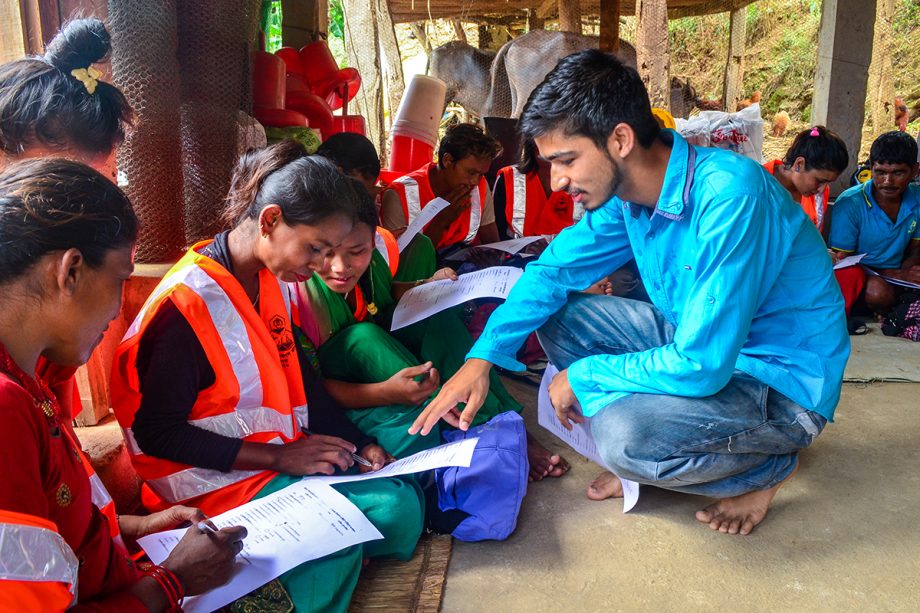 Sita Chepang, 40, has two daughters and a son, none of whom are old enough to enroll in training. Her elderly in-laws also rely on her. They all need a permanent place to live, so Sita Chepang signed up for the same training as Santamaya Chepang. (Chepang is a common name in the area. The two women aren’t related.)

Sita Chepang’s in-laws initially discouraged her, saying that construction is a man’s job. Her husband could build the family home when he returns, they said.

“But I gathered up my courage and came to participate in the masonry training,” Chepang says. “Now I can build the house by the time my husband returns to Nepal.”

Kandel, the program coordinator, says women have been very enthusiastic in the trainings he leads, likely because they’ve suffered the brunt of the earthquake damage.

“People can still be seen living in a small shed or a makeshift tent,” he says.

That was the situation for Santamaya Chepang and her children. Her husband had been chronically ill and bedridden for a decade, and he sustained a head injury during the earthquake, she says. He died about a year ago, when the whole family was still living in a tent that was stifling in the summer heat and leaked when it rained.

Chepang received the first 50,000 Nepalese-rupee ($488) installment of a 300,000-rupee ($2,929) grant provided by the government, but she couldn’t find anyone to build her home. Frustrated, she went to the masonry training. At first, she says, she worried that her lack of education would make the learning process impossible. But once the instructors began, she says, she grew in confidence.

Now, with help from friends, she’s building her own home.