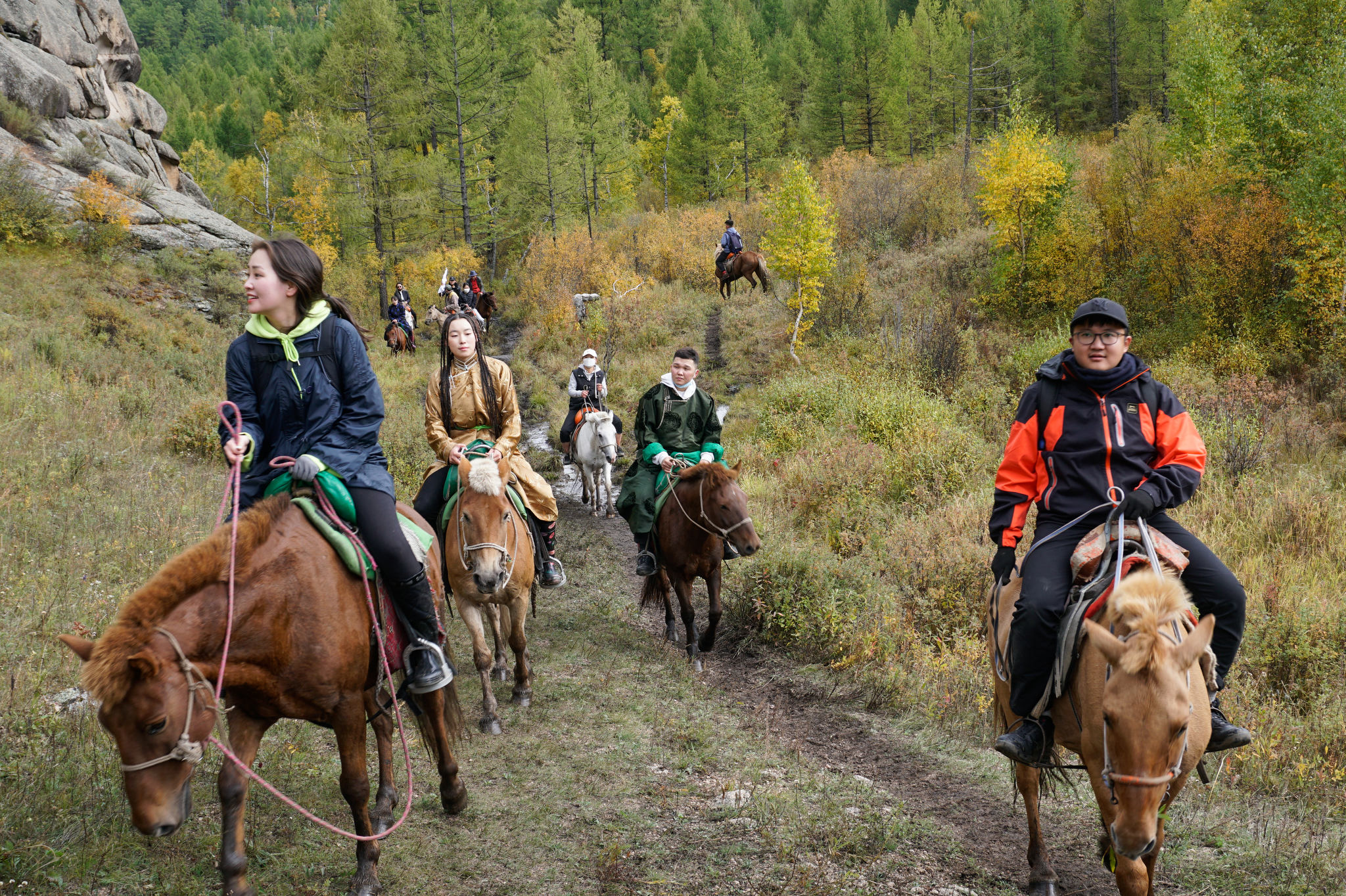 GORKHI-TERELJ NATIONAL PARK, TUV PROVINCE, MONGOLIA — On a sunny autumn morning, a group of 80 young people gather for a daylong adventure in this national park about 60 kilometers (37 miles) northeast of Ulaanbaatar, the capital. They drink milk tea and eat boortsog, a type of fried dough similar to doughnuts, cooked over an open fire. Then they listen as a young man provides a lesson on how to ride a horse.

“You mount a horse from the left side and dismount from the same side,” says Buyandelger Ariunbold, the instructor. “First, put your left foot in the stirrup, hold the front of the saddle and then pull your body up.”

Horseback riding is a central part of Mongolia’s cultural heritage, stretching back more than 3,000 years. It arose from the country’s nomadic traditions and has endured as part of the livestock industry, the centerpiece of the national economy. But in recent years, modernity has begun to trump tradition. Herders have moved away from using horses to tend to their livestock in favor of more efficient and economical methods. As a result, Mongolia’s traditional equestrian culture is now in danger of dying out.

“Rural Mongolians have started to neglect horse culture,” says Tumennast Dashpurev, a cultural researcher and professor. “If we don’t talk about it and promote it in public, it will be extinct in a few years.”

People like Buyandelger are working to prevent its demise. The 21-year-old began riding horses at a young age and started organizing riding tours two years ago.

“It is vital for youngsters not to neglect their heritage,” Buyandelger says. “They must see with their own eyes, and feel and promote and preserve it in association with the present time.” 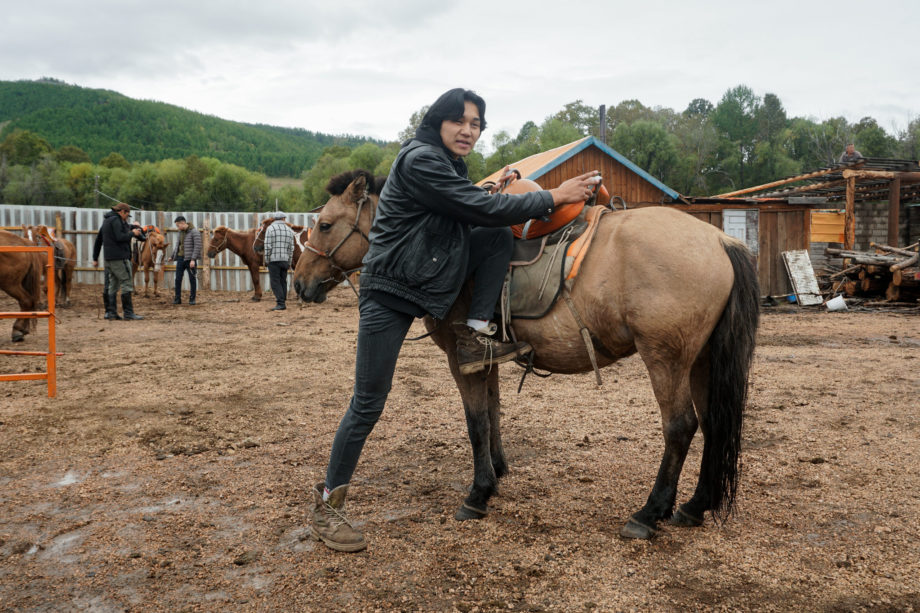 Buyandelger Ariunbold, a tour organizer, teaches participants how to climb onto the saddle.

Mongolia is home to more than 181,000 nomadic households, according to the National Statistics Office. But most no longer use horses to tend their livestock, having exchanged them in favor of motorcycles.

“Motorcycles are more convenient than horses, because they are faster and ready to start at any time,” says Enkhtur Batbayar, a herder in Arkhangai province, near the center of the country, who began using the vehicles about a decade ago to herd his sheep and goats.

They’re also less expensive. A motorcycle costs about 1.5 million to 2 million Mongolian togrogs ($525 to $700) and can usually be driven for years without requiring significant maintenance. A horse costs about 1 million to 1.5 million togrogs ($350 to $525) — plus more for fodder, saddles, bridles and other equipment — and requires daily care and attention, Enkhtur says.

Although some herders say motorcycles can make livestock restless and nervous and inhibit weight gain, that hasn’t discouraged their use. Motorcycles are becoming increasingly popular, says Tseren Banzragch, head of the Statistics Department of the General Customs Administration of Mongolia. “Imports and sales of motorcycles have increased dramatically in recent years,” he says. Today, the country imports 30,000 to 40,000 motorcycles each year. 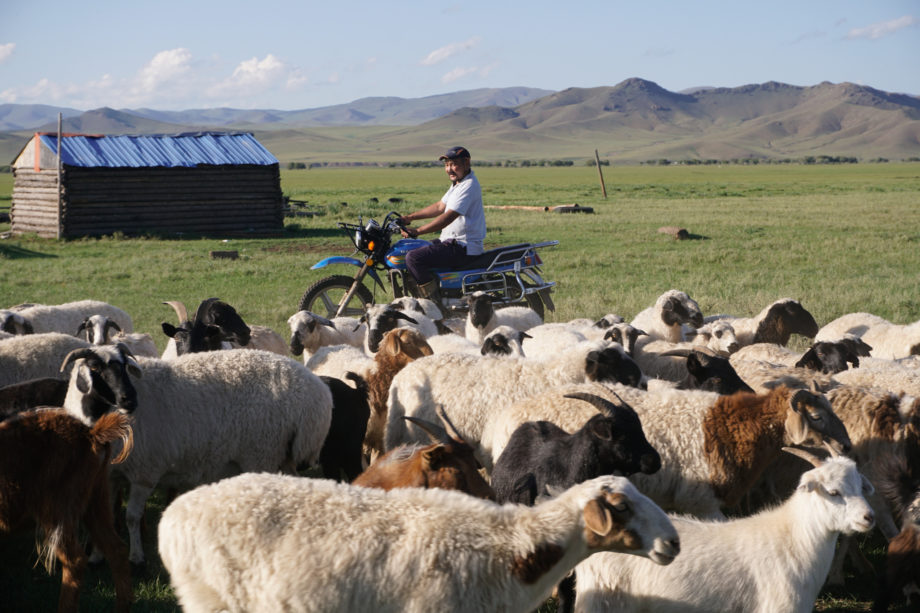 Thanks to Buyandelger and other tour operators, however, more people are gaining an appreciation for equestrian culture. Since he launched his business two years ago, more than 4,000 people, most ages 18 to 30, have participated in his twice-weekly tours. About 10 other companies offer similar tours elsewhere in the country.

“I went on a horseback ride before, and it felt so good,” says Gerelttsog Sanduidemberel, who organizes rides near Ulaanbaatar. “We thought we should spread this to more young people, so we started a horseback riding company that promotes traditional horse culture.”

The tours are particularly popular with men — in Mongolia, many believe that a man’s spirit is revived when he rides a horse — but women participate as well.

Tumennast, the cultural researcher, says it’s good to see young people from cities become invested in the country’s cultural heritage. But to truly save Mongolia’s horse culture, he says, herders will need to embrace it as well.

“It is also important for herders to keep this culture in mind,” Tumennast says. “The culture associated with horses is inextricably linked to herders. Therefore, it is important for older herders to educate, teach and motivate young herders on how to preserve their heritage.” 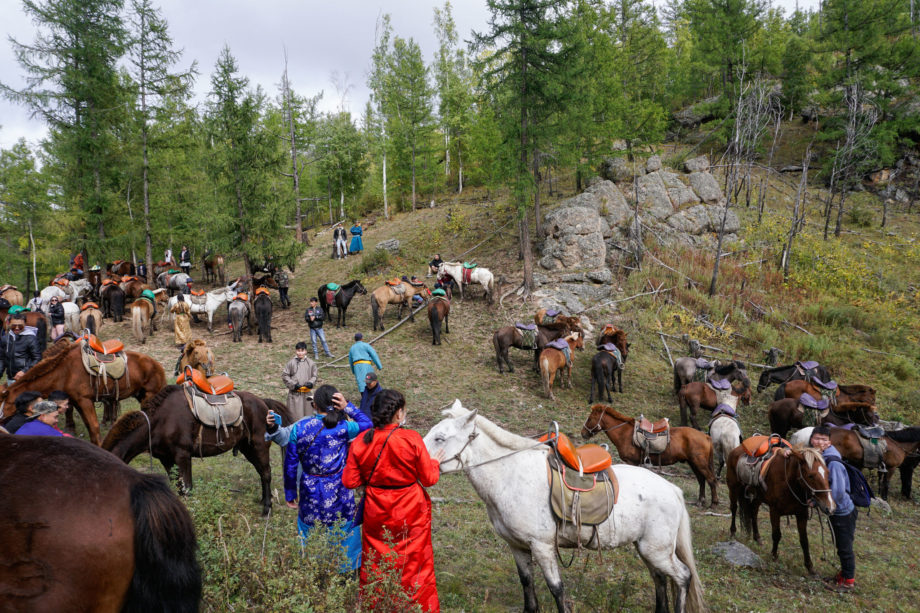 Some young people wear a deel, a traditional robe or tunic, on horse-riding tours. For many, the trip serves as a way to connect with Mongolia’s cultural heritage.

In Gorkhi-Terelj National Park, the young people on Buyandelger’s tour set out along the Terelj River, laughing and making noise. “If you need any help, tell the tour guides,” Buyandelger says.

The group heads to the top of a mountain, where riders dismount to rest and take photographs. Then they wind their way through a forest and over a river, and some of the young men who had been afraid to ride at the beginning of the day race their horses down the trail with confidence.

“This is a very unique trip,” says Ariuntes Bayarbold, a first-time horse rider.

At the end of the 14-kilometer (9-mile) journey, the group gathers to practice archery and play other traditional Mongolian games. Then they get on a bus and head back to the city, full of smiles.