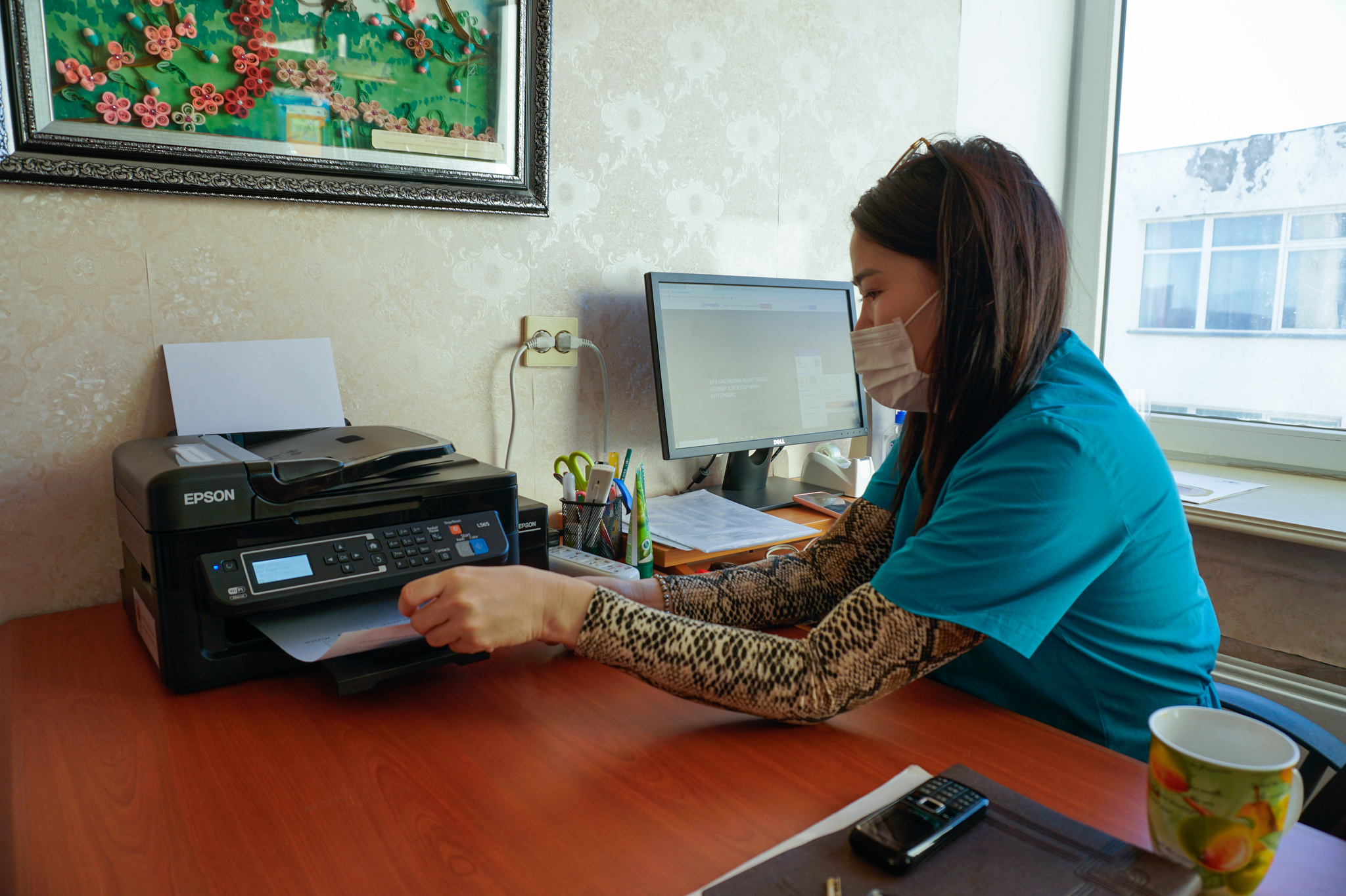 ERDENET, ORKHON PROVINCE, MONGOLIA — Last fall, Baigalmaa Luvsandagva, a doctor at a kindergarten, was working in her office when a frantic woman burst in. “Doctor, please, give the baby a quick check!” she said. “Hurry up!”

Baigalmaa, who had been printing out paperwork — bank references and paid social security contributions — as part of a salary loan application, rushed out to attend to the sick child. In the past, she had to make repeated trips to government offices to gather documents, which was difficult given her line of work, especially during the pandemic and at the start of the flu season. The government’s e-Mongolia initiative has made life easier.

“No need now to wait in line at the administration doors, no rushing to work with worries about the well-being of the children,” she says. “These things are over. We are at ease.”

Launched in 2020, the e-Mongolia platform — part of a global trend toward digital government — provides online access to some 1,179 public services, such as vaccine certificates, land records and marriage documents, from 60 government agencies. In a country with a population density of fewer than two people per square kilometer and a reputation for corruption — nearly 90% of locals say it’s routine, according to a 2018 World Bank report — the initiative is making it easier for many Mongolians to navigate an often-frustrating bureaucracy.

To procure official documents in a timely manner, Baigalmaa used to have to bribe officials, approach their relatives, or even take them out to dinner. If that didn’t work, says businessman Enkhbold Bayarmandakh, “you had to keep watch over the doors of state offices for a few days.” Oyunbayar Ochirkhuyag, a 33-year-old resident of Bulgan province, recalls waiting up to two weeks for a land ownership certificate. Through the e-Mongolia platform, she received it in a day.

“The payment method is effortless; the instructions for use are clear, fast, and there are no delays,” she says. 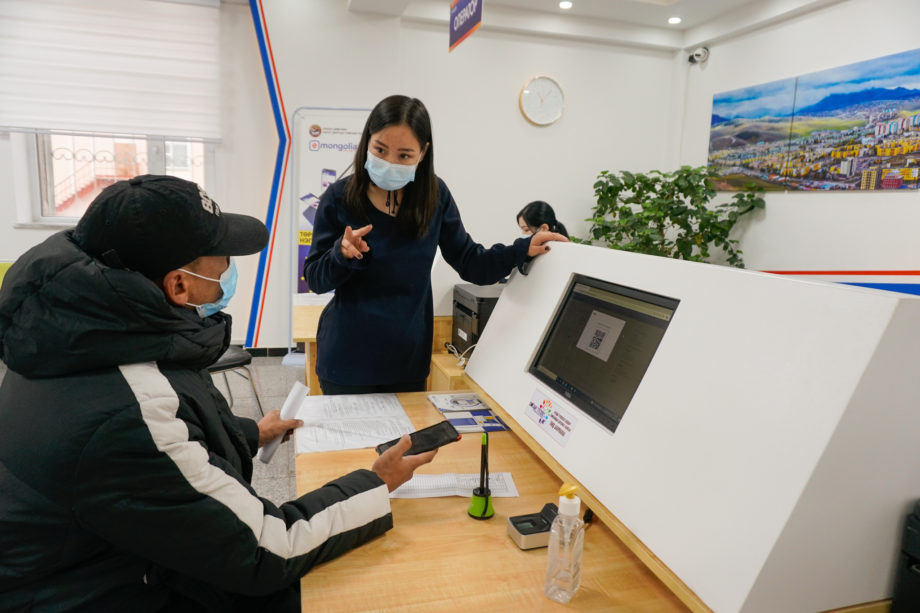 The 2020 Corruption Perceptions Index, published by Transparency International, classifies Mongolia as a “highly corrupt” country and ranks it 111th out of 179 countries. Bolor-Erdene Battsengel, state secretary of the Ministry of Digital Development and Communications and e-Mongolia project leader, says corruption has dropped by 20% to 30% since the platform launched. Shinebayar Tseden-Ish, head of the government’s Anti-Corruption Agency research division, says digitization increases accountability. “All electronic communications will be evidence-based, digitally traceable and less dependent on service providers,” he says. “The cessation of direct contact will drastically reduce the pressure on government officials and their illegal requests to citizens.”

Statistics released by the platform indicate that about 8 million citizens had used e-Mongolia in the previous 16 months. But not everyone can access these digital services. According to the latest World Bank data, about 63% of Mongolians used the internet as of 2020. The Mongolian government says 80% of all households have internet access.

Dorjkhand Batkhuyag, a herder in Arkhangai province, near the country’s center, heard about e-Mongolia on the news but can’t access it himself. “I don’t know how to use it because there is no telephone or internet in the countryside,” he says.

To increase access, the government established public facilitation centers in the suburbs of Ulaanbaatar, the capital, and in the provinces of Tuv, Khuvsgul, Bulgan, Orkhon, Darkhan-Uul and Selenge. 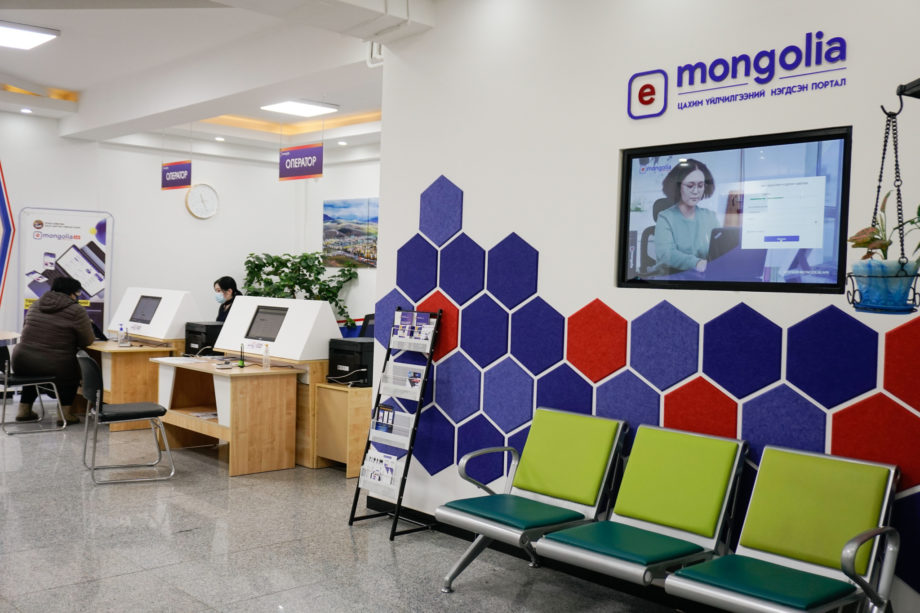 “We work all day with a significant workload,” says Uranzaya Ochirkhuyag, who operates a public facilitation center in Orkhon province. Between 100 and 200 people visit daily. Uyanga Tsogbayar, another operator, says some people can’t log in; they find the process complicated and exasperating.

“It’s delightful to be able to get a service in one place and not circle from one institution to another,” says Danzanvanchig Shagdar, who lives in Orkhon province. “However, it’s tough when the password doesn’t work and you need to log in more than once.”

To access the e-Mongolia platform, citizens must enter their civil registration number, full name and bank information. On Dec. 17, 2021, the Mongolian Parliament approved laws to protect citizens’ personal data, but they have not yet come into force. For Mongolians who find the platform convenient, e-Mongolia can still seem like a mystifying black hole.

Even Baigalmaa, the kindergarten doctor, is a little skeptical. “I’m a bit fearful of losing my data,” she says.