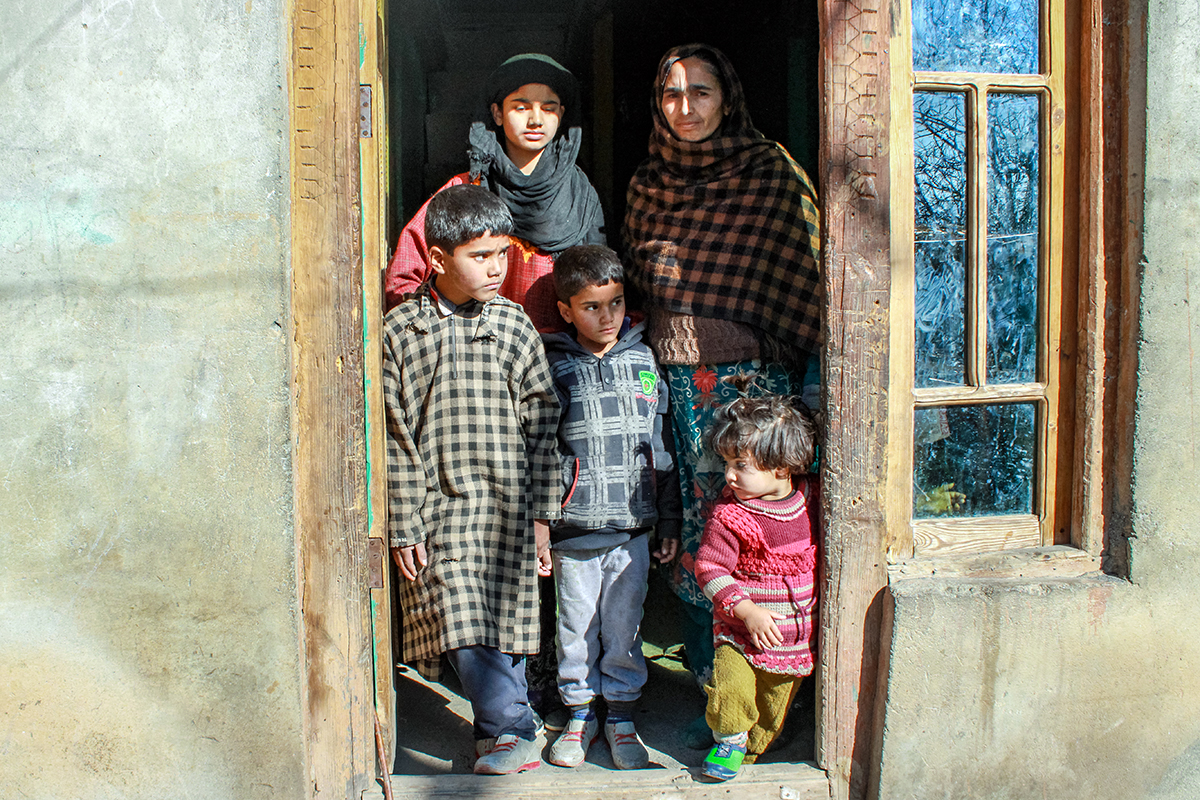 KANGAN, INDIAN-ADMINISTERED KASHMIR — Shamshada Begum remembers two things about the birth of her fourth child: the snow falling heavily outside her window, and the pain. It was excruciating.

Begum gave birth to her youngest daughter, now two years old, in the same place as her previous three children – in her single-story house, perched next to a stream along the high mountain range in the Hari Ganiwan hamlet.

That day, bleeding heavily and in pain, she promised herself that she would never get pregnant again.

But keeping that promise hasn’t been easy.

Begum is part of the Gujjar nomadic tribe. During winters, the tribe lives on the plains in India’s northern Jammu and Kashmir state. In the summer, they migrate north toward the Himalaya. It’s a centuries-old cycle, revolving around finding land where their livestock can graze.

Discussing birth control is taboo, even for married women. “Women have as many babies as they can,” Begum says. “Even if someone dies by giving birth, it is considered to be an honor for that woman. Birth control is seen as an interruption of nature.” 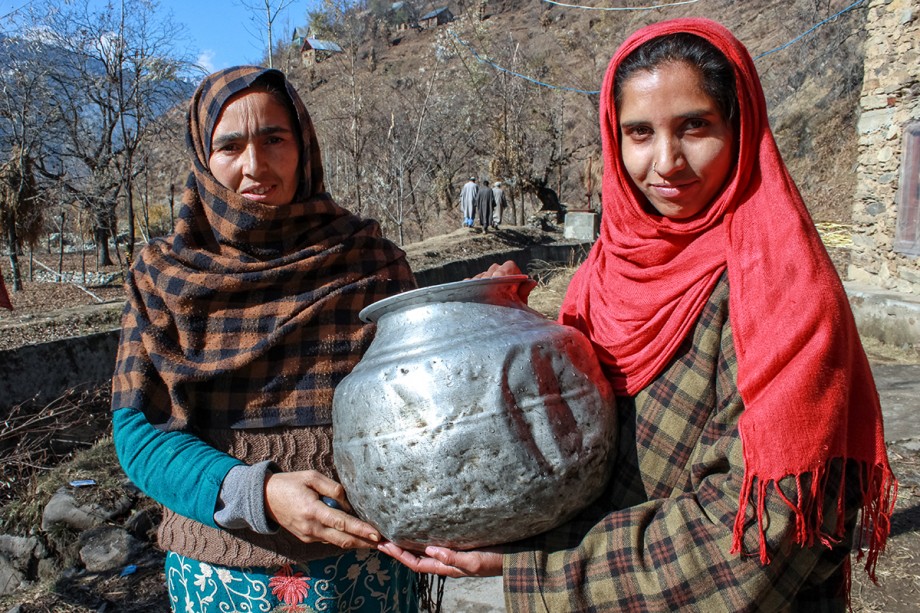 Shamshada Begum, 32, carries water with a female relative. Begum says it’s already tough to care for her family of four, and she doesn’t want to have any more children. But she has no access to contraception.

Still, she wants to limit the size of her family.

“I talked to my husband about birth control,” Begum says. “He denied it and said it will go against God’s command.”

Begum’s husband, Abdul Rashid Cheche, is a day laborer in the nearby town of Ganderbal. It’s difficult for the family to meet its needs with his income. During the winter, they are often cut off from the town due to bad roads and harsh weather conditions.

The family’s home lacks a solid roof and floors and it’s a challenge to feed everyone, but still, Begum says her husband wants an even bigger family.

This is a common attitude among members of the Gujjar community, says Javaid Rahi, secretary of the Tribal Research and Cultural Foundation, which works to promote greater understanding about the lives of nomadic tribes in India. Gujjar people are sometimes skeptical when it comes to family planning services, he says.

Myths about medicine are common, he says. Many Gujjar men believe that they’ll wind up crippled if they or their wives take medication or undergo a surgical procedure.

“Their livelihood is dependent on their good health,” Rahi explains.

The Indian government is working to change such attitudes, but Gujjar communities are not easy to reach.

In 2017, the government passed a national health policy aiming to meet 90% of the country’s family planning needs by 2025, delivering contraception to homes where necessary. The policy also pledges to reduce maternal, infant and child mortality.

To do this, the Ministry of Health and Family Welfare has said it will increase the supply of contraceptives to each village in India through workers known as Accredited Social Health Activists – local women who are trained to act as a bridge between the community and the public health system.

Those women often come face to face with customs and practices that keep women from using birth control, no matter how accessible it might be.

“What I hear from most of the women is that [their] husbands tell them to leave these matters to God,” says Masrat Jan, an Accredited Social Health Activist in Ganderbal.

“It’s very difficult to make them understand that a woman is not a child-bearing machine,” Jan adds.

Women have as many babies as they can. Even if someone dies by giving birth, it is considered to be an honor for that woman. Birth control is seen as an interruption of nature.Shamshada Begum, a member of the Gujjar nomadic tribe

A recent study conducted by the Tribal Research and Cultural Foundation found that Gujjar and other nomadic women have the worst health outcomes of anyone in Jammu and Kashmir, which the authors attribute to low awareness of health schemes.

The study found that 71% of nomadic people did not know about the schemes provided by state and central governments, including those dedicated to contraception and birth control.

Bhupinder Kumar, a director at the Jammu and Kashmir National Health Mission, a government initiative focusing on under-served populations, says that while the state has met many of its reproductive health targets as a whole, certain communities, including the Gujjar, remain difficult to reach in some cases.

“By large, the acceptance rate of the contraception programs has been good but, yes, there might be some isolated cases. We have achieved the targets that were set, which is reflected in our total fertility rate,” says Kumar.

“During summers, people move to some other places and our mobile teams [also] reach those areas where there are no hospitals,” he says.

For those who can’t be reached in person, the National Health Mission provides radio programs that advertise their services, Rai says.

“Radio has helped a lot in awareness, as women who used to give birth at home before are now coming to the hospital for delivery,” he says.

Still, some women remain left behind, isolated by weather, terrain and cultural beliefs.

When her husband refused to let her take birth control, Begum says she tried to seek family planning advice and temporary contraception in secret.

But she says she couldn’t find any. Now, despite the promise she made to herself, she’s not taking any birth control.

Aliya Bashir and Raihana Maqbool, GPJ, translated some interviews from Kashmiri and Urdu.

Editor’s Note: Our reference to the Himalaya has been updated.