Skip to main content
The story you are reading was published on Sunday June 11, 2017. To read more recent stories click here. 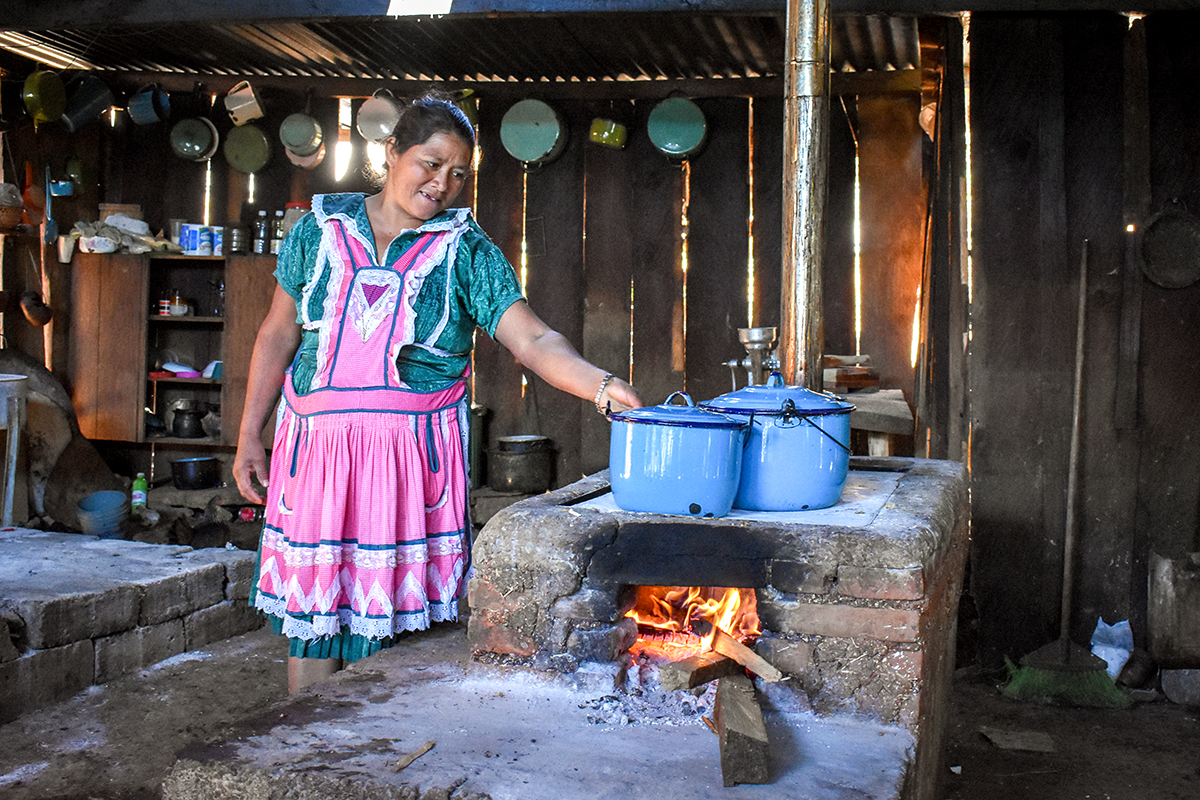 GLOBAL PRESS HQ — Around the world, communities worry about both the shifting politics affecting food prices and climate change, which stunts their long-held practices. As a result, these communities are pulling inward, looking for solutions that are self-sustaining and hyperlocal.

The notion that small farming efforts can change — or at least feed — the world is popular among local food activists, but that belief takes on added meaning for small farmers.

Among the smallest of small farmers is Herminia Ibáñez Cadena, a 49-year-old resident of Mexico City’s Milpa Alta area, a delegation known for its rejection of supermarkets. People there raise sheep and grow nopal, a prickly pear cactus that is an icon of Mexican cuisine. Ibáñez keeps chickens.

“I will rely on them for sustenance and make the most of the eggs,” Ibáñez told GPJ’s Mar García.

The chicken droppings fertilize her nopal.

The local market is filled with vendors who live in the neighborhood.

“The community’s economy is based precisely on this cycle of production and sale of local products,” Alejandra Campos, the deputy director of the Milpa Alta government, told GPJ.

The system that works for Milpa Alta is an apparent confirmation of what Danielle Nierenberg preaches at Food Tank, the think tank she founded that advocates for grassroots food sustainability solutions.

“It’s these seemingly small actions happening on the ground that really show that sustainability and social justice and economic sustainability in the food system can really progress without a lot of government investment and without attention by donors or journalists or funders,” Nierenberg says.

The impact is greatest when those small actions are connected to one another, she says, but most investment in the agricultural sector goes toward commodity crops, not research or education.

“We’re doing ourselves a disservice by emphasizing the commodity crop system,” Nierenberg says. “We do produce enough calories to feed everyone on earth, plus some. But what kinds of nutrients are we feeding them? Are they empty calories? That’s where the global research agenda and funding need to change. We need to invest in perennial crops, food production, small-scale livestock production – those are the things that build more resilient systems that can regenerate themselves.”

Recent research suggests that the world’s food supply depends on the health and prosperity of small farmers. Olivier De Schutter, the U.N. Human Rights Council’s special rapporteur on the right to food, published findings in 2010 noting that increasing food production to meet anticipated global needs won’t end hunger unless poor farmers are supported in “low-carbon, resource-preserving” agriculture. The report detailed small efforts around the world, including those in which young people rehabilitate agricultural land rather than migrate to urban centers to find work.

The research bodes well for communities like the one that recently moved to the Namashung area, in Nepal’s remote Upper Mustang region. Faced with a shrinking river in their village of Samzong, the 18 families who had lived communally for generations decided together to pack up and head 8 kilometers (5 miles) southwest, to a well-watered area. The land was donated by Upper Mustang’s royal family and a local nonprofit offered some assistance, but the move was otherwise completed without any outside help. Food insecurity is nearly always a root cause of migration, especially from rural to urban areas, according to the World Food Programme, but the Samzong community chose to stick together and pursue their long-held way of life. (Read our story about Samzong here.)

But are such efforts enough, on a global scale?

Reid Hamel, a senior fellow at the Center for Strategic and International Studies’ global food security project, has doubts.

It’s never wrong for a community to focus on meeting immediate food needs, she says, “but we don’t have a single global success story where smallholders and the lowest quantile of the population, wealth-wise, hasn’t diversified away from agriculture.”

Food sovereignty isn’t as important as food security, she notes.

“There are lots of countries in the world that are not food sovereign that are extraordinarily food secure because they have other economic advantages that they can use and trade,” she says.

Similarly, communities that are connected and well-positioned to trade goods and services are more likely to thrive than are those that focus on local agriculture.

“The longer-term growth strategy would be to diversify outside of agriculture so that your earnings potential is not limited by your natural resources endowments, so you can purchase what you need,” she says.