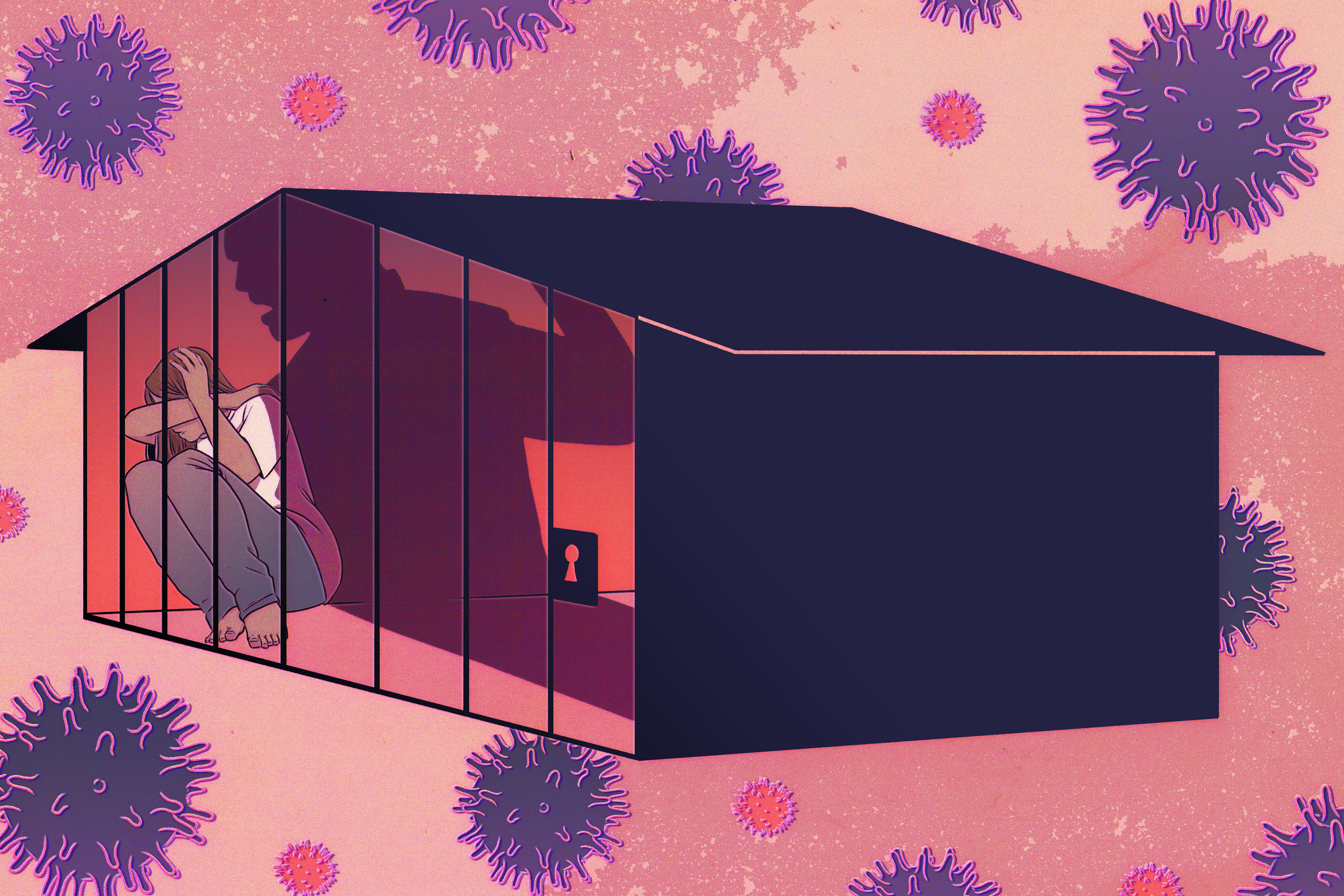 GUAYNABO, PUERTO RICO — Inés Marrero planned her escape from her abusive partner for over a month, secretly using a cellphone to make calls to a domestic violence shelter.

Her only chance to flee was when her partner left the house for work.

Marrero, who now works in a domestic violence shelter, is afraid for women in abusive relationships in Puerto Rico right now. With the region under lockdown due to the coronavirus outbreak, people’s movements have been restricted, in some cases trapping women at home with their abusers.

“God only knows how many have wanted to leave but are confined to their homes,” Marrero says. “Right now there are many factors, there are more risks. Now it’s more dangerous.”

Puerto Rico has been under a government-ordered lockdown since March 15, when a curfew was instituted and nonessential movement banned in an effort to slow the spread of the coronavirus.

Industries and businesses have gradually begun to reopen, but the curfew order issued by the government remains effective until May 25. Advocates who support those trying to escape from domestic violence say that while the lockdown has been necessary for public health, it has left some women in high-pressure domestic situations unable to flee.

According to the American Civil Liberties Union, Puerto Rico has the highest per capita rate in the world of women over 14 who are killed by their partners.

Despite the increased risk, reported cases of domestic violence are actually down.

According to the Puerto Rico Police Statistics Division, 467 cases of domestic violence were reported in March 2019. But by the end of March this year, two weeks after Puerto Rico’s coronavirus restrictions were put in place, only 335 cases had been reported.

God only knows how many have wanted to leave but are confined to their homes.Inés Marrero, who works in a domestic violence shelter

A decline in reported cases during a crisis isn’t unusual, says Leila Negrón Cintrón, a social worker and psychologist. Women may have less freedom to make calls or reports to local police stations or organizations that offer gender violence support services.

When Hurricane Maria devastated the region in 2017, Negrón Cintrón says there were fewer reports of sexual violence because people were focused on surviving, and had trouble getting around and communicating. It was only one year later that Puerto Rico saw a spike in reported sexual violence cases as the region stabilized and people began seeking help, Negrón Cintrón says.

“I think they [incidents of domestic violence] might already be happening. Those people won’t necessarily go looking for services right now. They’re going to go after this crisis is over,” Negrón Cintrón says.

While pressures at home have increased, Puerto Rico’s lockdown has also made it more difficult for shelters to provide help to women who do reach out to them. With the threat of the coronavirus, shelters have created quarantine rooms for new arrivals as well as provided masks and disinfectant, all unexpected costs. They must also help residents find medical help.

Even though shelters have set up their own protocols, a government plan is necessary for guaranteed access to tests and to buy cleaning supplies and other resources, González says. She believes the government must also determine how the flow of state funds to shelters will work in order to guarantee services and the safety of participants.

Madeline Bermúdez, interim director of the Women’s Advocate Office, a government agency that oversees the enforcement of laws that protect women in Puerto Rico, says the government is working with organizations that assist women, including funding shelters that rely on public assistance. The government is addressing domestic violence by providing a confidential telephone hotline as well as remote counseling and legal services, Bermúdez says.

“We recognize the consequences of social isolation, for which we’ve activated our services to be available 24/7,” she says. “We’ve been in communication with all of the agencies and shelters in order to manage the situation.”