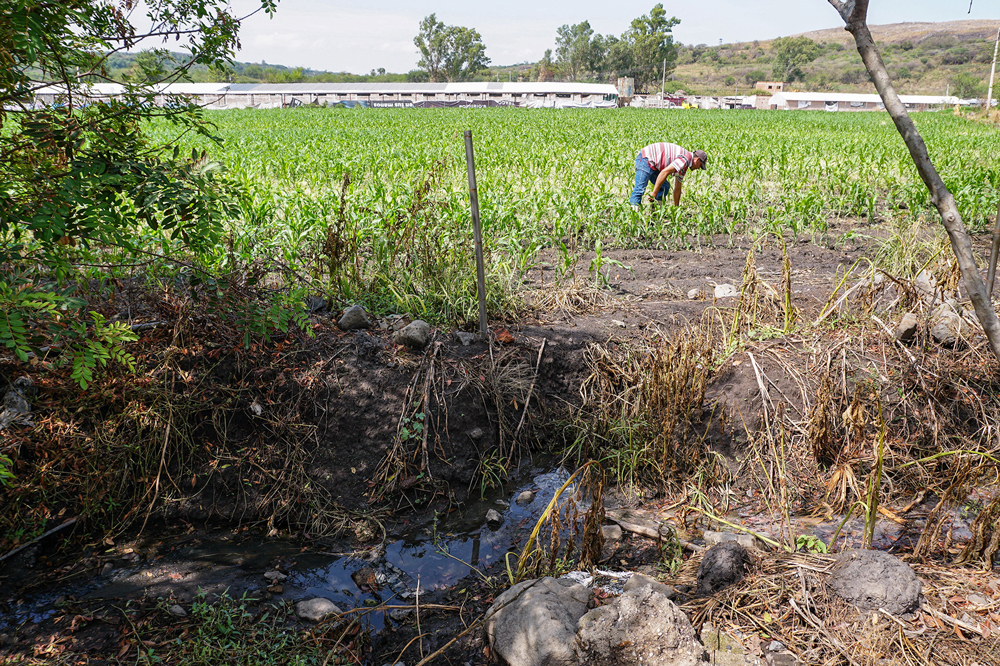 TOLOLOTLÁN, MEXICO — For most of his life, Casimiro Lazo lived off the land. He grew peas, beans, cantaloupe, zucchini, corn, watermelon, cucumber and sugar cane.

Then in 1996, he says, the nearby “crystal blue” waters he used to irrigate his fields turned black.

Lazo and his family suspected pollutants from neighboring Los Laureles, the largest landfill in the western state of Jalisco, a tower of compacted garbage and mud.

In the years since, debate over the dump has pitted locals against the landfill’s corporate overseer and state government agencies, as residents say Los Laureles has harmed the environment, hurt economic activity and made townspeople sick.

They also worry that the effects of the dump’s damage will last long after its scheduled closure in 2021, and that no one will be held accountable.

The Jalisco Commission on Human Rights drew new attention to those problems in June when it reprimanded state agencies and others for a lack of oversight, prompting promises from officials to address the landfill’s issues. 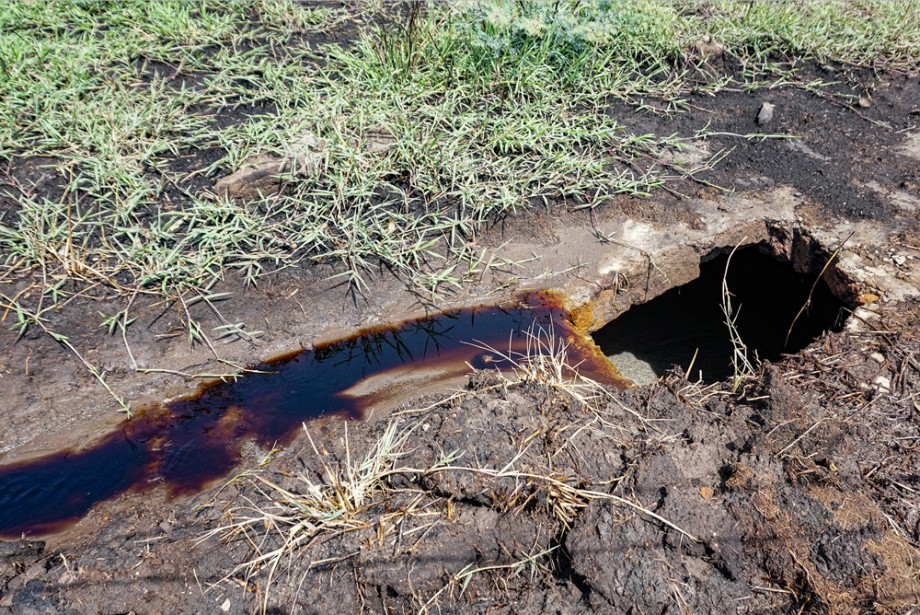 Toxic liquid from the landfill – known as leachate – has run into the town’s water as well as the irrigation canals around the orchards on the edge of Tololotlán, locals say.

Tololotlán, traditionally a fishing and farming town with 1,449 residents, sits next to Los Laureles and is part of an area once known for fertile land, fresh-water springs and streams, and abundant vegetation.

The Santiago River runs through the region. It’s Mexico’s second-longest river, and now one of its most polluted, due in part to the landfill.

Used first as an open dump in the early 1990s, Los Laureles covers 183 acres and takes in waste from nearby areas – including Guadalajara, Mexico’s second-largest city. The landfill receives 3,144 tons of trash a day.

Pollutants plagued the site almost from the start. A study in the late 1990s revealed that liquid draining from the landfill – known as leachate – yielded levels of chromium, cyanide and lead that exceeded state government limits. All of those substances can cause serious illness or death.

Over time, researchers and locals say, the problems grew.

Residents say some species of fish vanished from local waters, and some farms folded as livestock died mysteriously.

Los Laureles covers 183 acres and takes in waste from nearby areas – including Guadalajara, Mexico’s second-largest city. The landfill receives 3,144 tons of trash a day.

“They were dying because of the water that was contaminated,” says Gerardo Bernache, an expert in contaminants from solid urban waste who has studied Los Laureles’ impact on the region.

Alejandro Gómez and María Luisa Medina, who have lived in Tololotlán for two decades, say the landfill has polluted an irrigation canal that crosses town and runs into the Santiago River. Medina says people used the canal to bathe, water their plots, and fish.

Now, she says, it’s a source of foul smells and swarms of flies. On even the warmest summer evenings, residents stay inside.

Not everyone considers the landfill an issue. Simón Ramírez, treasurer of the Tololotlán Potable Water committee, which works closely with government authorities, argues it hasn’t actually contaminated the town’s water.

“The dump isn’t a problem,” Ramírez says. “It’s still far enough away. We’ve been checking the water, and it always comes out 99% clean.”

José Monte, originally from Puente Grande, which neighbors Tololotlán, disagrees. Monte, a member of the organization Un Salto de Vida which focuses on environmental justice, says over the last 25 years the landfill has sown illness and death.

“I’m 99% sure it’s not accurate at all,” says Monte, referring to the data provided by authorities. 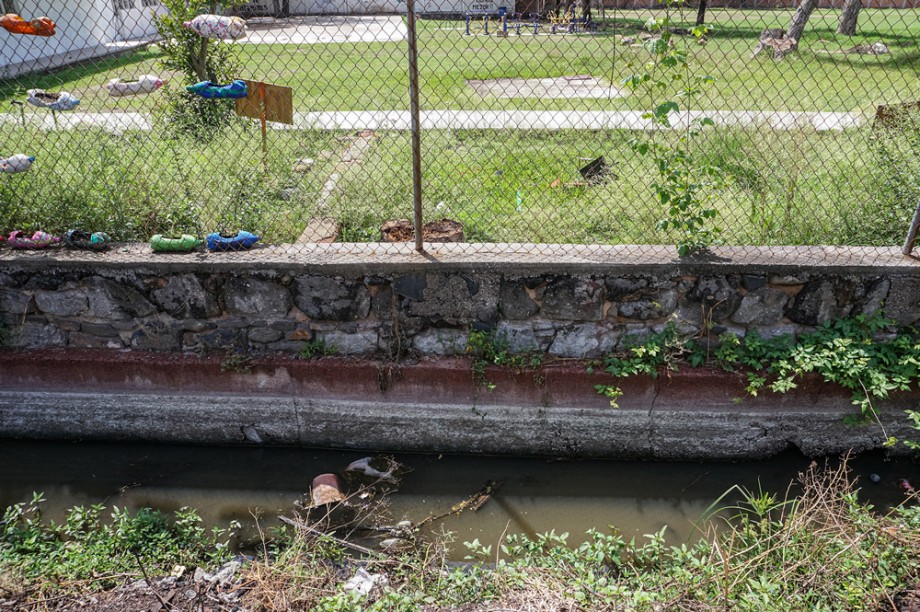 An irrigation canal runs across Tololotlán and near its primary school. Students there say pollutants from the canal produce foul odors.

Monte says his son has vision problems and his grandson has a speech defect. Cancer killed his father at age 66 and took his brother-in-law at 52. The disease also claimed Monte’s wife at 46.

He blames these health problems on lead in the town’s water.

A study by the Universidad Autónoma de San Luis Potosí and the State Water Commission of Jalisco analyzed the blood and urine of 45 children in Puente Grande and found lead in all of them. Forty percent of them were at risk for brain damage.

Various researchers, however, have stopped short of claiming a direct causal relationship between Los Laureles and these health issues.

But in late 2019, in the wake of a massive fire at Los Laureles, the Jalisco government ordered the landfill’s corporate manager, Caabsa Eagle S.A. de C.V., to leave and promised to close the dump in 2021.

And this June, the state’s human rights commission blamed government agencies for neglecting the landfill. They included the Ministry of the Environment and Territorial Development, the State Environmental Protection Attorney‘s Office, the Ministry of Health and the heads of five municipalities that use the dump.

Every story is available in English and the reporter's local language.

In response, the Ministry of the Environment and Territorial Development and the State Environmental Protection Attorney’s Office say they will propose a law that allows for possible restitution to those affected by environmental damage from Los Laureles.

The State Environmental Protection Attorney‘s Office also pledged to regularly visit Los Laureles and says it will ask Caabsa for a list of people and companies that dump waste there.

But area residents are skeptical. They say the government has made such promises before.

“They’ve been saying for about 10 years that they’re going to close the dump, but nothing has happened,” Gómez says. “We’re worse off because of the contamination. What kind of town are we going to leave to those who come after us? A polluted one.”