Skip to main content
The story you are reading was published on Sunday January 29, 2017. To read more recent stories click here. 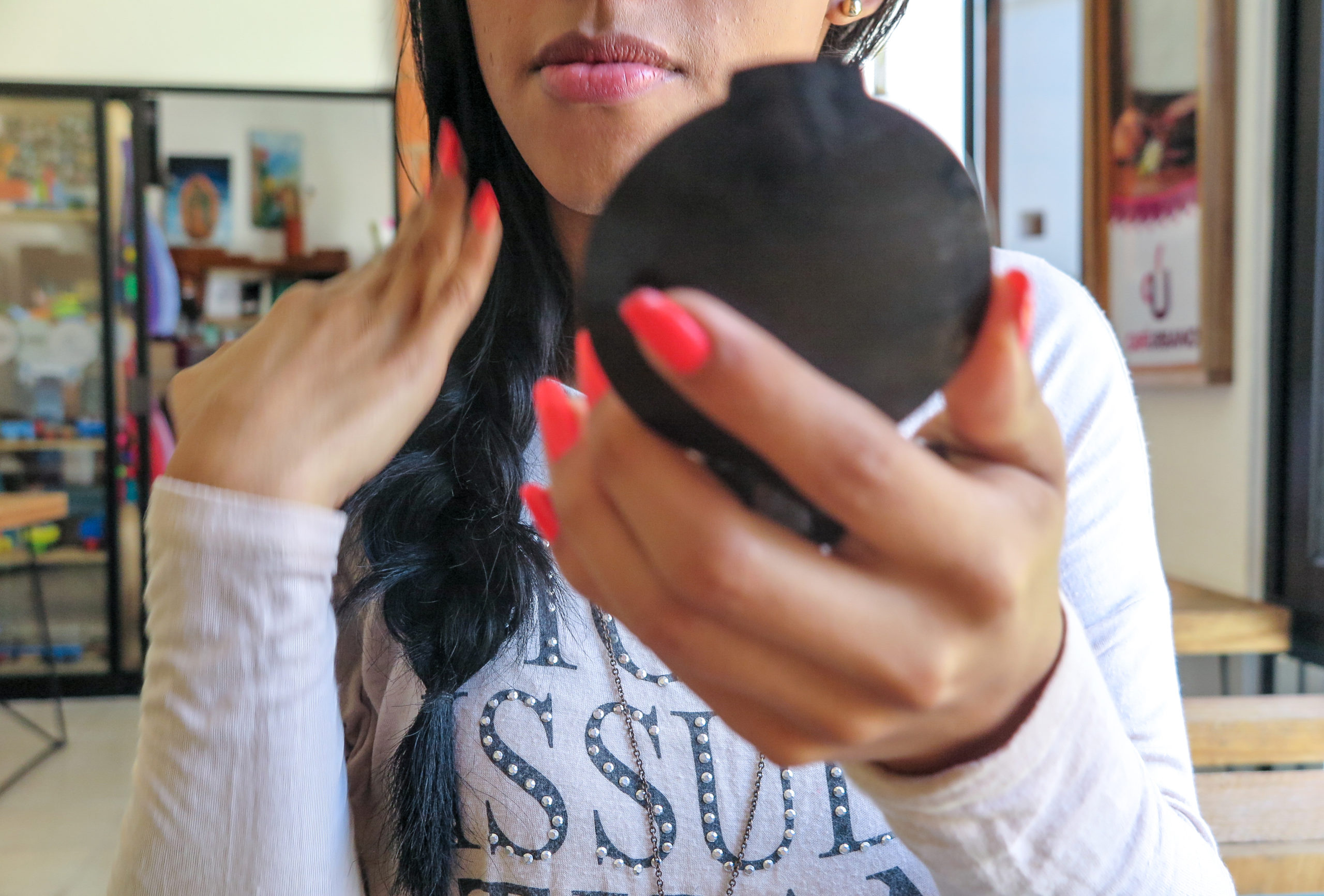 SAN CRISTÓBAL DE LAS CASAS, MEXICO — Since 2014, transgender people in Mexico City have been able to change their genders on birth certificates and other official identity documents, but people here in the country’s southernmost state of Chiapas are still struggling for that legal right.

A key player in this fight is Unidos Diferentes, a movement of those who advocate for constitutional reforms that would guarantee egalitarian laws for all citizens.

Unidos Diferentes represents three women in Chiapas in their attempt to exercise their right to choose their gender and have it legally registered. This would set a precedent for reformation of the Civil Code, and make Chiapas the second state or area to recognize the right to gender identity.

“Your identity is what defines you. It’s the essence of a human being, what gives you purpose,” says Rocío de la Rosa, a lawyer working on the three cases. “If your psyche doesn’t match up with your gender, with what you feel, you won’t be fulfilled. Who wants frustrated human beings?”

Formal gender changes could soon be possible nationwide. In May, President Enrique Peña Nieto proposed a reform to the Federal Civil Code to ensure that states would take the necessary steps so that identification documents, such as birth certificates, passports or electoral registers, reflect the gender identity that individuals choose for themselves.

But until then, transgender advocates in Chiapas are working to change local law. In November, two requests made to the Civil Registry by transgender women for formal gender changes were denied on grounds that Chiapas does not consider such requests. A third request is expected to be made this year. 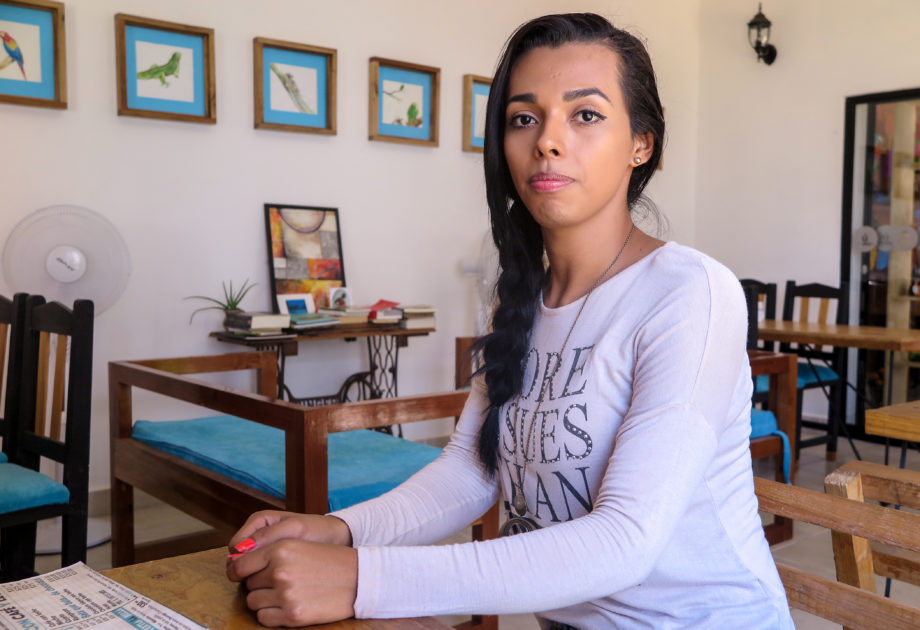 Denisse Sánchez Domínguez, 23, says being legally recognized as a woman would open doors for her to finish school.

DENISSE SÁNCHEZ DOMÍNGUEZ says that, from as far back as she can remember, she has always felt like a girl, even though her body, physically, was male.

“I would see the world differently because, in my opinion, I was a girl,” she says.

Initially, Sánchez Domínguez, 23, told people she was gay. She thought it would be easier for people to accept that than if she told them that she is transgender.

But she started dressing as a girl. She let her nails and hair grow. She faced discrimination, she says, on the street and in school. She’s been denied entrance to restaurants and bars, she says, and people look at her with scorn.

Even so, Sánchez Domínguez doesn’t hesitate now to say exactly who she is.

Despite her confidence, Sánchez Domínguez dropped out of school because she wasn’t allowed to dress as she chose, and she was called by her male name. If she could legally change her gender, she could also finish school, she says.

“I think it makes sense because my physical appearance must go with my name, my gender and everything,” she says. 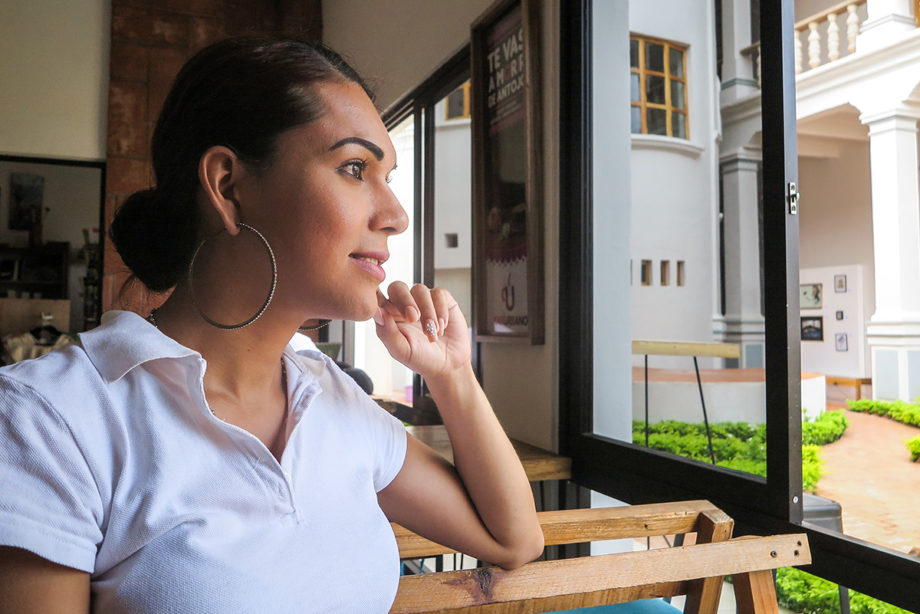 Dafne Toledo Cruz, 28, has been open about being transgender since she was 20 years old.

DAFNE TOLEDO CRUZ started dressing as a woman when she turned 20 years old.

“I stopped buying clothes and stuff for me, and shopped for the girl inside me,” Toledo Cruz says.

It was around that same time that she told her family that she was transgender, and that she was receiving hormone treatment and hoped to have sexual reassignment surgery.

Now 28, Toledo Cruz considers herself a woman, and so do those who know her.

“It feels good to be a woman. I love being a woman,” she says.

But legally, she is still listed as male. She hopes Unidos Diferentes will make it possible for her to legally change her gender.

“I did a lot of research, and it’s about being patient. I knew it would take time,” she says. “We would be the pioneers.” 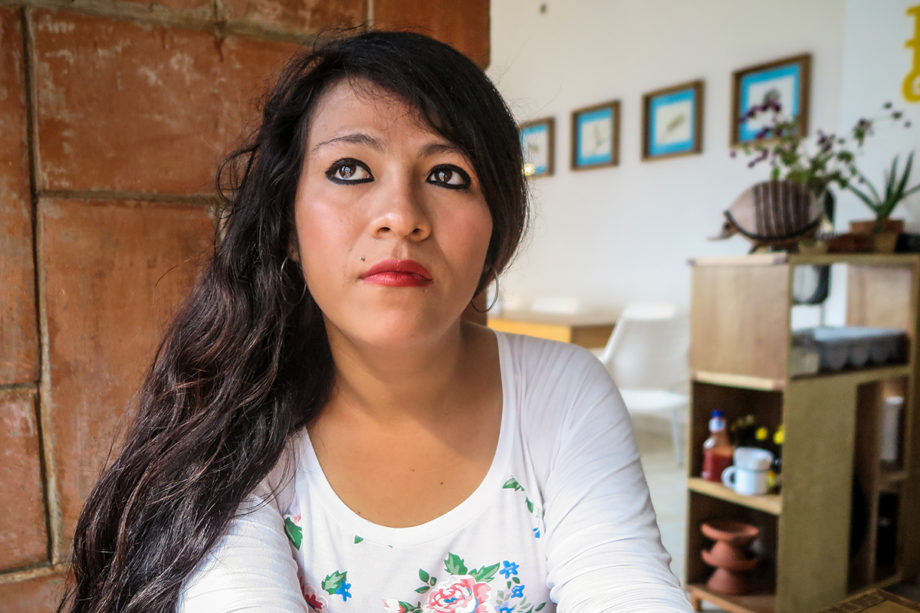 Paulia Paulete Ramos Consuegra, 25, began telling people she was female when she was 6 years old.

PAULIA PAULETE RAMOS CONSUEGRA, 25, remembers being asked if she was a girl or a boy when she was 6 years old.

At 14 years old, Ramos Consuegra began to talk about being transgender. It felt like coming out of a glass box, she says.

“My dad didn’t know what being trans meant,” she says. “My mother was surprised when I told her I was a woman. I told her: ‘Mom, let me let out that woman inside me.’”

Her family took her to an endocrinologist, who said that if she didn’t receive hormone treatment, she would eventually be gay.

But Ramos Consuegra says that receiving hormone therapy isn’t that important because what matters is not her physical appearance, but her soul.

“It exists within me. What’s left is for society to recognize me as the woman I am,” she says.

Legal recognition as a woman would help her move forward with her plans, Ramos Consuegra says.

“I still have a lot of dreams to fulfill. If God wanted me this way, there must be a reason,” she says.