Skip to main content
The story you are reading was published on Tuesday March 28, 2017. To read more recent stories click here. 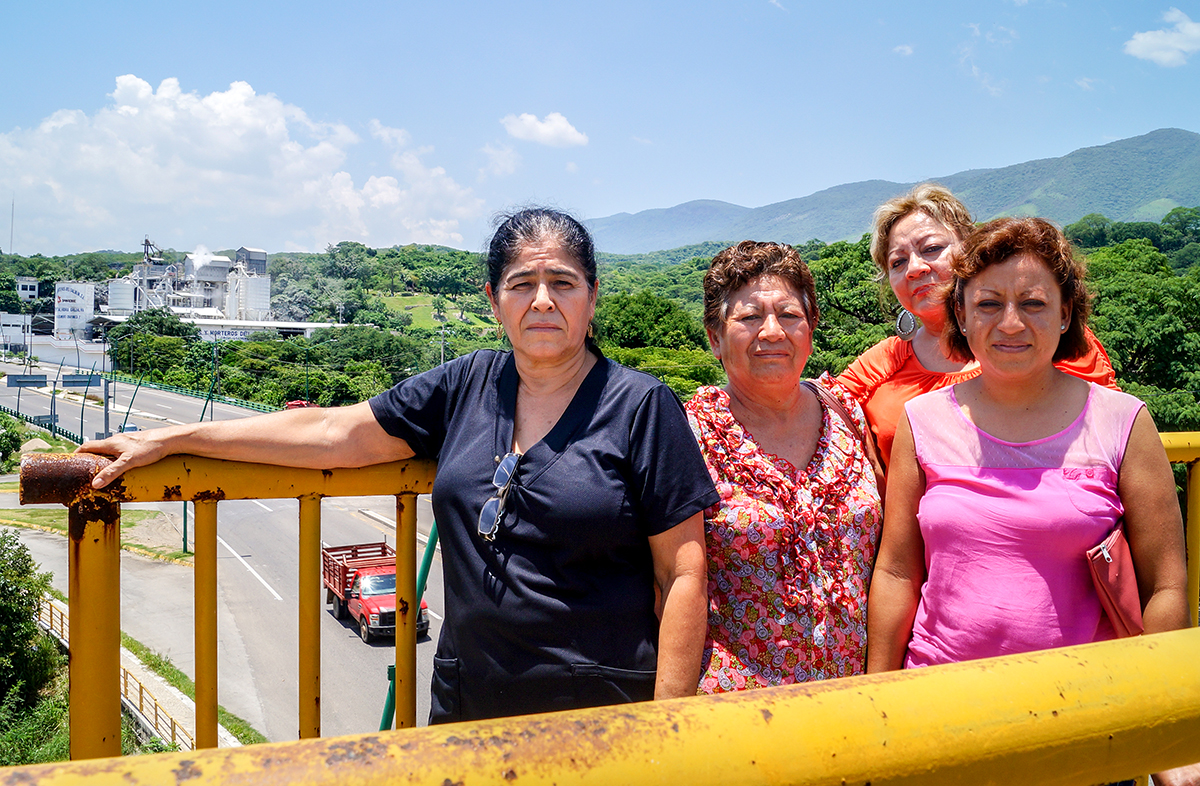 CHIAPA DE CORZO, MEXICO — The clock strikes 2 a.m., and a strong smell of burned fuel spreads through the house. The odor awakens Claribel Pérez Anaya, and she quickly gets up to close the bedroom window she had accidentally left open. Pérez Anaya, her husband and their two young children sneeze and cough.

This scenario repeats itself every day, says Pérez Anaya, who has lived with this problem all her life.

Now, her own children are learning to live with it, too. When Pérez Anaya brought her daughter to the family home for the first time seven years ago, the infant started to sneeze.

“The doctor told me to go live elsewhere if I wanted my daughter to heal, because the lime dust was harming her,” she says.

The city of Chiapa de Corzo butts up against the southern boundary of Parque Nacional Cañon del Sumidero, the Sumidero Canyon National Park. And nestled just at the parkland boundary, and 150 meters (492 feet) from Pérez Anaya’s house, are the kilns of Cales y Morteros del Grijalva S. A de C.V., a factory that pulverizes rocks at high temperatures to convert them into lime powder.

The doctor told me to go live elsewhere if I wanted my daughter to heal, because the lime dust was harming her.Claribel Pérez Anaya

There is disagreement over whether the factory sits within or outside of park boundaries, and whether its limestone excavation activities fall under Mexico’s regulatory code for mining, a complication that has regulators of the federally-managed park and regulators of state land passing responsibility off to one another.

For years, the people of Chiapa de Corzo have battled dust and other problems, including cracks in their homes and cracks in walls of the nearby canyon, attributed by some to the factory’s reverberating explosions. Hope came in May 2016, when the company agreed to move elsewhere in Chiapas state, according to representatives of Salvemos al Cañón del Sumidero (in English, “Let’s Save the Sumidero Canyon”), a conservation group concerned with environmental and health damage potentially caused by the factory.

But company officials say they are avoiding making a false promise when it comes to the time frame of that move.

Meanwhile, despite studies showing the factory’s negative impact on the local environment and communities, and even though the company has been fined for exceeding noise limits, among other instances of violating environmental codes, Cales y Morteros del Grijalva officials say complaints from the local community are unfounded.

Cales y Morteros del Grijalva has been extracting stone and crushing it into powder since 1965, seven years before the state of Chiapas declared Sumidero Canyon as a park and 15 years before it gained National Protected Area designation.

Decades later, local people decided they were fed up with the factory. In 2002, they formed Salvemos al Cañón del Sumidero to take action on their ongoing concerns about the area’s damaged biodiversity.

“We were even forced to use a computer. We are homemakers!” says Laura Santiago Molina, 49.

There was a change, but not for the better. That year, the company’s extraction activity increased from three explosions per week to almost three a day, says resident María Alejandra Aldama Pérez, a member of Salvemos al Cañón del Sumidero.

“We quickly saw the consequences of the daily explosions,” she says. “Our houses started getting cracks. They became dangerous for our families. There were cracks so big we could see through them.”

Medina disputes that claim, saying local people exaggerate the number of explosions, as well as the damage they could have caused. 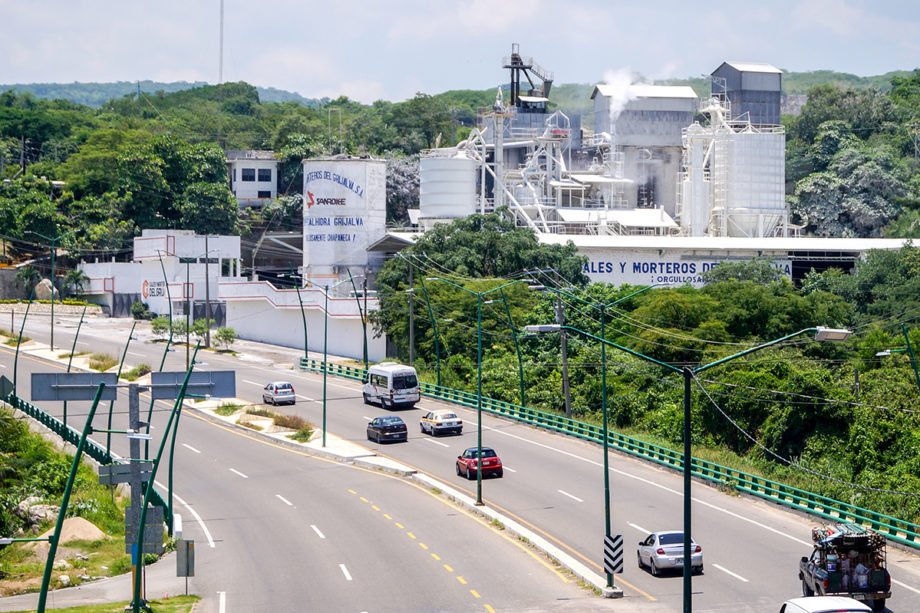 Multiple studies have been conducted to determine the factory’s impact on nearby communities, but there has been little consensus on whether its actions are the cause of the damage, according to a 2015 report by the Commission for Environmental Cooperation, the collaborative arm of Mexico, Canada and the United States created by the North American Agreement on Environmental Cooperation.

Several studies conducted over more than a decade concluded that some of the damage to homes and the canyon was likely due to seismic activity. Some of the reports noted that local buildings were constructed with low-quality materials.

Aldama Pérez says the explosions seriously damaged a local school building, and some classrooms had to be demolished and rebuilt.

“But they only responded that it was our responsibility for building houses with poor quality materials,” she says.

Other studies have suggested that the factory is not only damaging homes, but also damaging the canyon.

We quickly saw the consequences of the daily explosions. Our houses started getting cracks. They became dangerous for our families. There were cracks so big we could see through them.María Alejandra Aldama Pérez, a member of Salvemos al Cañón del Sumidero

Cales y Morteros del Grijalva stopped performing detonations in its Chiapa de Corzo factory after a 2014 decision by the Secretaría de Medio Ambiente e Historia Natural (SEMAHN), the ministry of the environment and natural history, to bar the company from extracting stone locally due to concerns that it was damaging the environment. The company was required from then on to use stone brought in from elsewhere, according to ministry secretary Carlos Orsoe Morales Vázquez.

But even though the explosions have stopped, the ongoing rain of lime dust, some of which settles into cracks caused by the detonations, is a serious health concern, local people say.

The 2015 Commission for Environmental Cooperation report refers to various studies that found that the factory is responsible for damaging local air quality, causing “harm to human health and impacts on vegetation.”

The report notes local complaints that limestone dust, combined with vibrations and noise from the factory, have caused respiratory and skin problems, sleep disruption and anxiety.

Still, local people are determined to force the company out.

Francisco Pérez Pérez says his wife has suffered from allergic rhinitis since childhood. If she is ever to recover, a doctor told him, they should consider moving out of the area.

“We’re not going to leave, it’s the company that must leave,” he says. “Our families are from this area: my grandparents, my parents, my children, my entire family lives here. I should not have to go. We will fight for the company to leave.”