Skip to main content
The story you are reading was published on Sunday June 4, 2017. To read more recent stories click here. 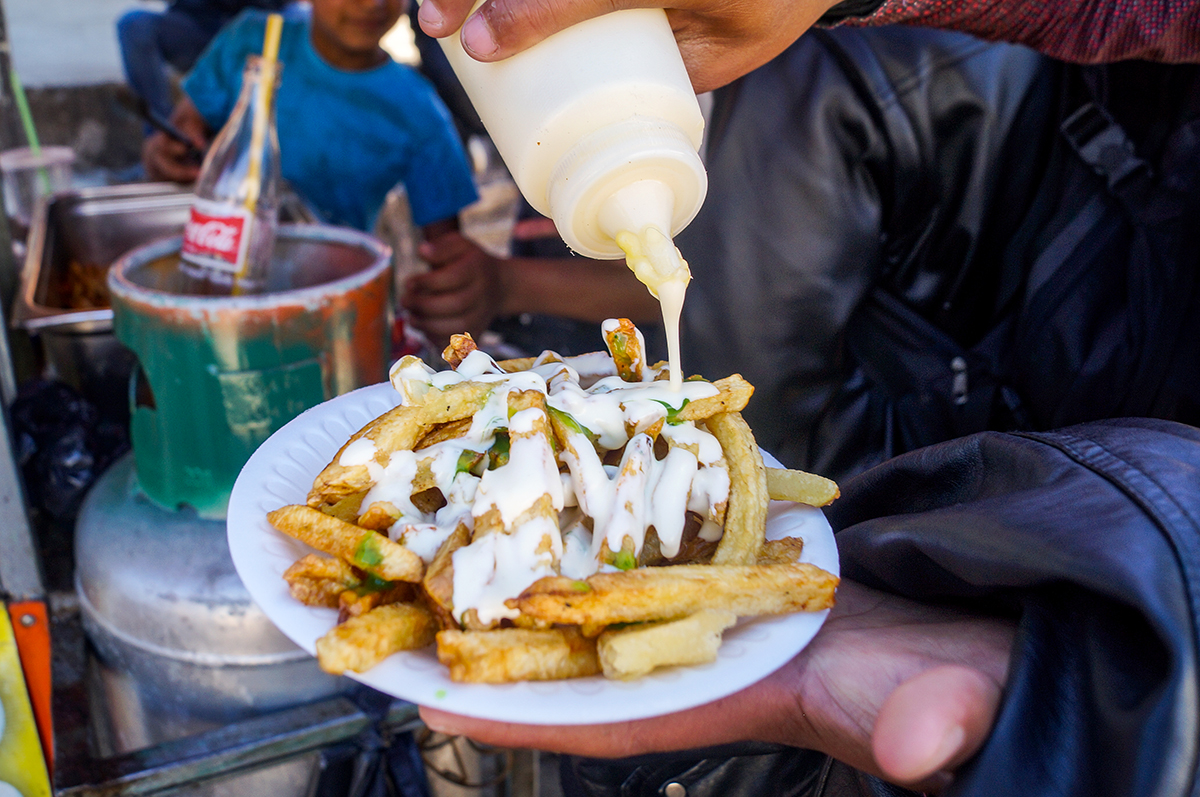 TENEJAPA, MEXICO — Diabetes arrived with the highway here in the largely rural southern edge of this Latin American nation.

Before the paved road was built, high-sugar products like soda were only available if great effort was made.

“The best you could do was carry a crate from San Cristóbal [de las Casas],” says Jaime Tomás Page Pliego, a surgeon and social anthropologist, referring to the state of Chiapas’ cultural capital 30 kilometers (18 miles) away. “And at that time, we didn’t have these sicknesses.”

But, in an unintended consequence of the infrastructure development that brought jobs and mobility, the rate of non-communicable diseases in the area has skyrocketed, a change doctors say is due to a proliferation of high-sugar and processed foods, enabled on a national scale in part due to the North American Free Trade Agreement, NAFTA, the 1994 agreement that greatly eased cross-border trading.

INSIDE THE STORY: The causes of the diabetes epidemic in the state of Chiapas, Mexico, are many. The reporter tried to write about all the causes at once, then realized that this tack would make the story unclear. Read the blog.

In 23 years, there has been a five-fold increase in diabetes, says Dr. Hermilo Domínguez Zárate, director of public health at the Chiapas health ministry.

Public health officials are so concerned about the growing rate of diabetes, as well as obesity, that in November they declared an epidemiological emergency in Mexico.

It was the first time an emergency alert was issued for a chronic, non-contagious illness, Domínguez Zárate says.

That increase reflects global trends, but according to the Organisation for Economic Co-operation and Development, Mexico’s rates are among the highest in the world. In Brazil, for example, 6.4 percent of adults aged 20 to 79 had some form of diabetes in 2010, compared to 10.8 percent in Mexico, according to OECD statistics.

Mexico’s obesity rates, too, are high. More than 30 percent of all children and around 70 percent of all adults are obese or overweight, according to the World Health Organization.

Health experts say there’s a clear link between those diabetes and obesity rates and consumption of soda — for instance, Coca-Cola, which has a plant near San Cristóbal de las Casas.

Mexicans drink more sugary, carbonated cola beverages per capita than people in any other country, according to WHO. It’s so cheap and plentiful that it has become part of the rural social fabric in Chiapas, given as a gift to thank others or when a debt is paid, as part of healing rituals and even as a substitute for wine in Catholic ceremonies.

Mexican lawmakers in 2013 introduced a tax on beverages with added sugar, increasing their prices by more than 10 percent.

Still, diabetes rates are going up.

Aside from the instant access to soda created by modern infrastructure, rural Chiapans are especially at risk of developing diabetes because many were malnourished as children, says Dr. Marcos Arana Cedeño, a researcher at the Instituto Nacional de Ciencias Médicas y Nutrición Salvador Zubirán, a medical science and nutrition institute.

Malnutrition in early childhood can lead to diabetes when processed and high-sugar foods are plentiful in later years, he says. In Chiapas, the rural indigenous diet was good in terms of quality, but was insufficient in quantity, he says. When processed foods became available, rural communities grew to depend on them.

“We have watched, with great concern, that many families no longer drink pozol,” Arana Cedeño says, referring to a traditional beverage made from fermented corn. “Instead, [they] drink sodas in the morning, at noon and at night. You see tiny children, too small due to malnutrition, carrying enormous two-liter bottles of soda around.”

The rate of chronic malnutrition in children under the age of 5 is 20 percent in Mexico’s southern rural areas, according to a 2014 UNICEF report.

Other social changes could be boosting Chiapas’ diabetes rate, including increased remittances in recent decades from family members who leave rural areas to work elsewhere and the advent of programs that connect families with processed foods, says Austreberta Nazar, an expert in social medicine and researcher at El Colegio de la Frontera Sur.

“We worked in the fields to plant pumpkin, beans, green beans, everything,” she says.

She ate wild animals, including rabbit and armadillo, she says.

Santiz López moved to San Cristóbal de las Casas 25 years ago and her diet changed drastically. She began to eat bread and other foods she hadn’t consumed regularly as a child. She was diagnosed with diabetes seven years ago.

Now, she says, canned goods and other processed foods are available everywhere, even in the villages. 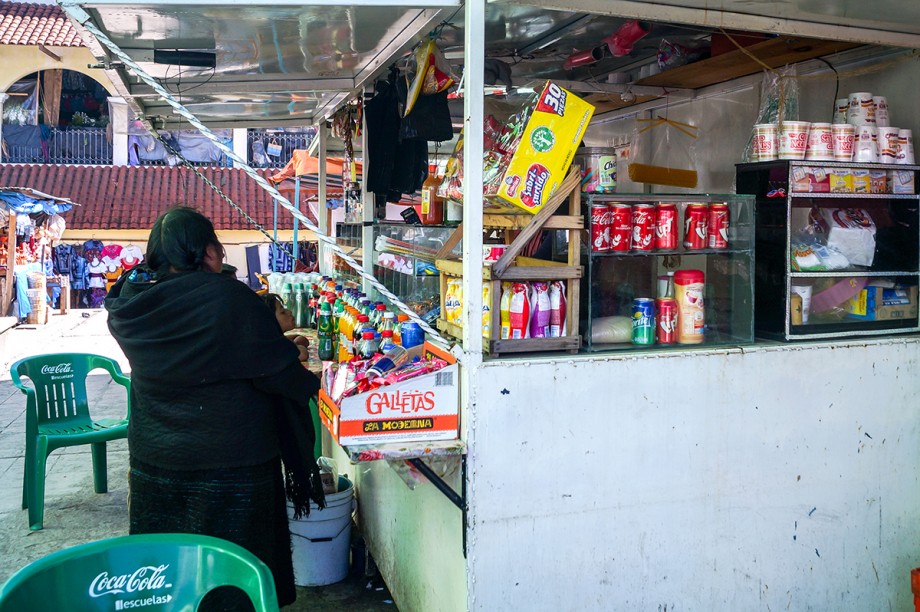 A snack stand in the San Juan Chamula municipality in Chiapas, Mexico’s southernmost state, sells soft drinks, including Coca-Cola, and other sugary drinks and processed foods, such as instant noodle soup. Diabetes rates have increased in Chiapas in recent years, a change that public health officials blame largely on the availability of soda.

“The more paved roads and highways that reach town, the more companies show up that sell canned and bottled goods, sodas, all of those things,” says Julio Jiménez Hernández, 42, who is from the rural community of San José Pathuitz.

Most families don’t grow their own food anymore, he says. Children don’t take pozol to school, but instead buy cookies and soda from nearby stores.

And when local people hit middle age, says Jiménez Hernández, “they end up with diabetes, or ‘la azúcar,’ as we call it,” using the Spanish word for “sugar.”

In response to the emergency declaration, the national health ministry now awards certificates to schools that promote good health in Chiapas.

“We want to certify all schools. Time is getting away from us,” Domínguez Zárate says. “It’s very important because if not, it will take us many years to improve people’s health.”

With just a little bit of education, though, some communities immediately begin to change.

Page Pliego, the surgeon and social anthropologist, helps families in Chiapas examine their diets and make changes. Some families changed their food habits immediately, he says.

But even he finds it difficult to escape the unhealthy trends that are common there.

“One day when we were out working with them, I ate eggs three times with an enormous quantity of tortillas,” he says. “Finally I said, ‘No.’ I eat only vegetables and occasionally meat.”