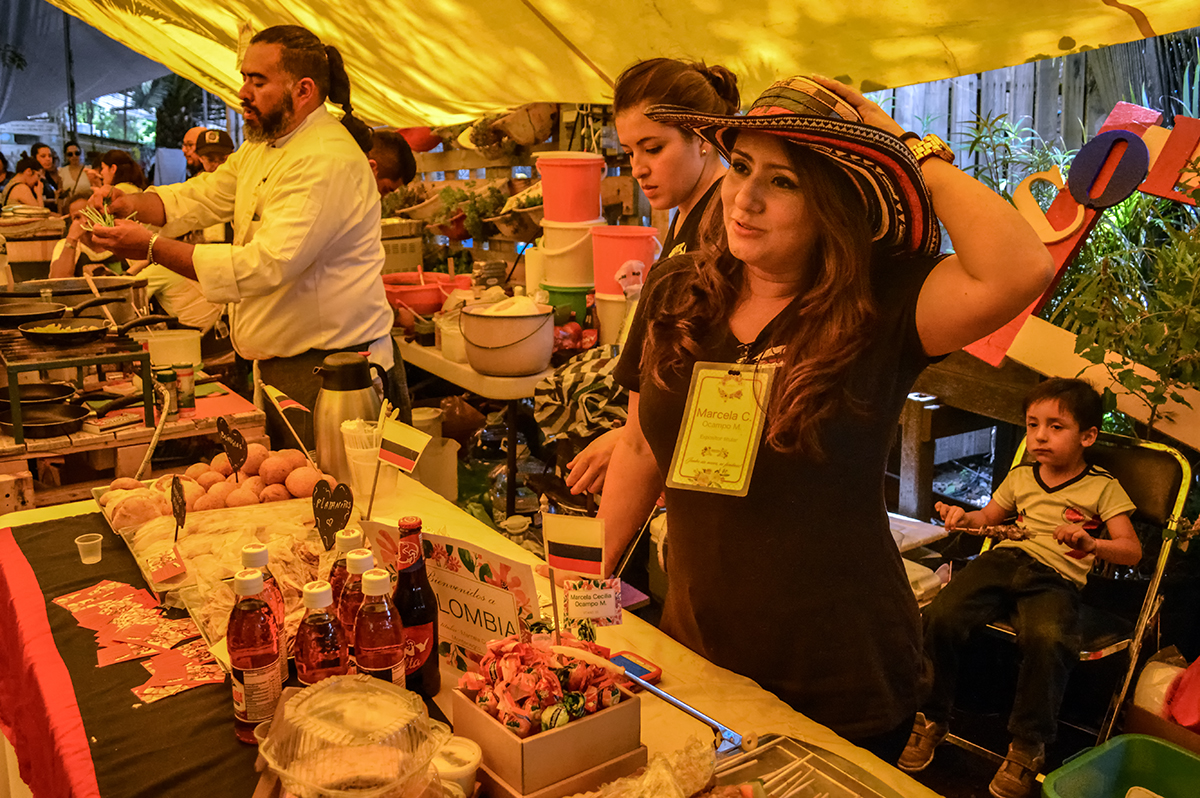 MEXICO CITY, MEXICO — The aromas of butter and cheese waft down the stairs leading to La Caleñita, a popular catering business. The colors of the Colombian flag and salsa rhythms greet visitors.

“La Caleñita helped me realize that I could get ahead in Mexico,” says Marcela Cecilia Ocampo Montenegro of her business, which prepares traditional Colombian food for parties, reunions and business meetings.

Ocampo Montenegro is one of a growing number of women who escaped violence or persecution in their home countries and are now thriving as entrepreneurs in Mexico City. When she came to Mexico’s capital from her home country of Colombia, she left four successful restaurants behind.

According to data from the government, there were 37,278 foreign-born women living in Mexico City in 2010. By 2015, there were more than 41,442, including Mexican women born abroad.

Poverty, unemployment, discrimination, gender violence and the growth of organized crime are among the most common reasons why women choose to migrate, according to the International Organization for Migration (IOM). 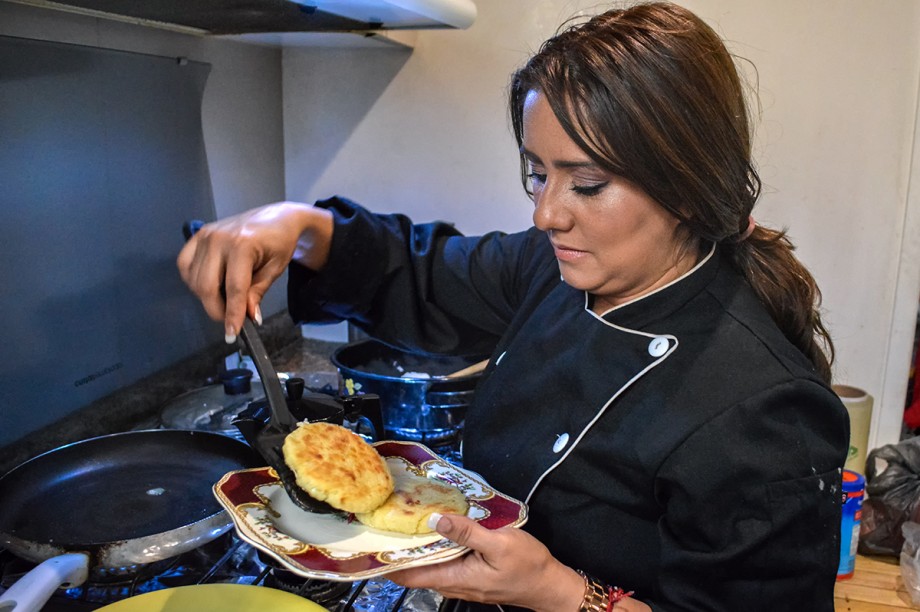 When Cecilia Ocampo Montenegro fled her home country of Colombia, she left her four restaurants behind. In 2016, she took advantage of a government program to start a catering business, La Caleñita.

It was the growth of organized crime and street violence in Colombia that pushed Ocampo Montenegro to come to Mexico, she says. In 2016, she heard about a program for women offering migration assistance from Mexico’s Secretería de Desarrollo Rural y Equidad para Comunidades, or SEDEREC, which works for rural development and equity for minority communities. She decided to move. When she arrived, she brought her entrepreneurial business sense and love of food with her.

It wasn’t until recently that statistics existed to track the number of female immigrants living and working in Mexico, says Blanca Rosalía Fernández Romero, director of Atención a Huéspedes, Migrantes y sus Familias, a branch of SEDEREC that focuses on visitors, migrants and their families.

Migration is often considered a men’s issue. But the rates of migration for the sexes are nearly equal, she says.

It has different consequences too, she says, such as “violence, familial disintegration, discrimination and lack of employment opportunities.”

According to IOM data, female migrants face more obstacles than men, including sexual abuse, violence and lack of knowledge about legal processes and about their rights as migrants.

Migration in the region has become a global focal point, as thousands of Central Americans have formed a caravan to walk through Mexico. Most participants say they are fleeing poverty and violence. At its peak, the caravan was estimated to have more than 7,000 participants.

While news of the caravan has focused on the group’s pending arrival at the U.S. border, Fernández Romero points out that many programs exist in Mexico to support migrants and migrant women in particular.

The SEDEREC program aims to reduce some of the migration barriers unique to women. Originally created in 2009 to strengthen economic opportunities for indigenous and rural women in Mexico City, the program began including migrant women a year later, says Fernández Romero.

Funded out of the public budget, the program has grown rapidly in recent years. After serving between 40 and 45 women in its early years, program participation grew to 96 women in 2006 and 156 women in 2017.

Women in the program receive up to 80,000 Mexican pesos ($3,939) to set up and operate businesses, such as Ocampo Montenegro’s La Caleñita.

Although the annual program is open to women from any country, women from Venezuela, Haiti and Colombia apply most.

Mexico’s openness to assisting migrants is one reason that, so far, more than 1,900 people in the caravan have applied for status in Mexico. 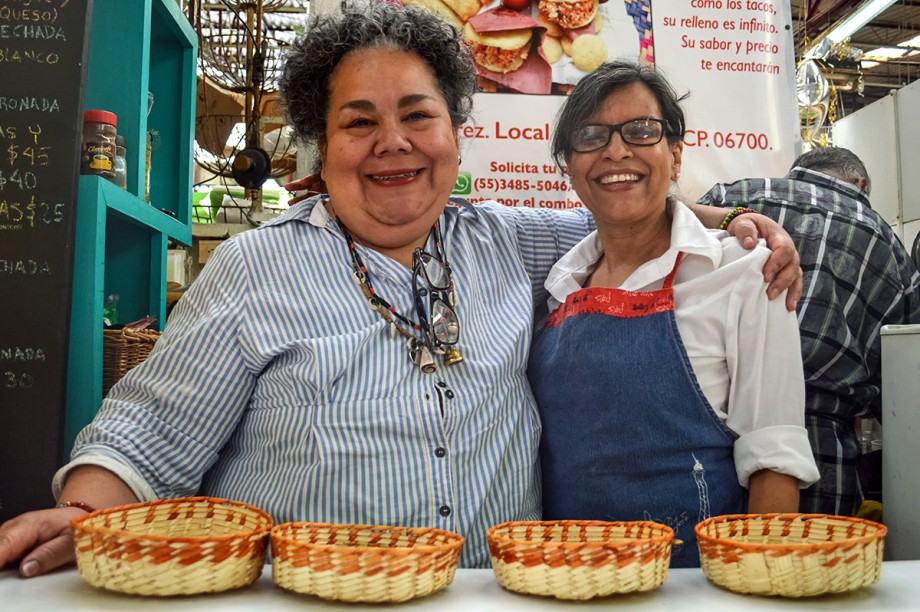 Neiffa Cristal Peña Jiménez says the economic situation in her home country of Venezuela led her to Mexico, where she now owns a small business.

After living for 18 years in Mexico City, Neiffa Cristal Peña Jiménez, a Venezuelan cook and musician, got the opportunity to start her own business, thanks to the program.

“We are women who live for our work. We generate our own money. Without that support, we wouldn’t be here,” Peña Jiménez says. “This will help us, if we want to grow. Now we have assets.”

“In Venezuela, there is no work. Medicine isn’t available either, and so some families have fled,” she says. The economic situation in Venezuela pushed her to come to Mexico.

Fernández Romero says she expects the trend of migrant women settling in Mexico City to continue.

“When women come from countries with violence – even though sometimes Mexico City is not their target destination – the hospitality from the city’s government helps them decide to stay and live here,” she says.