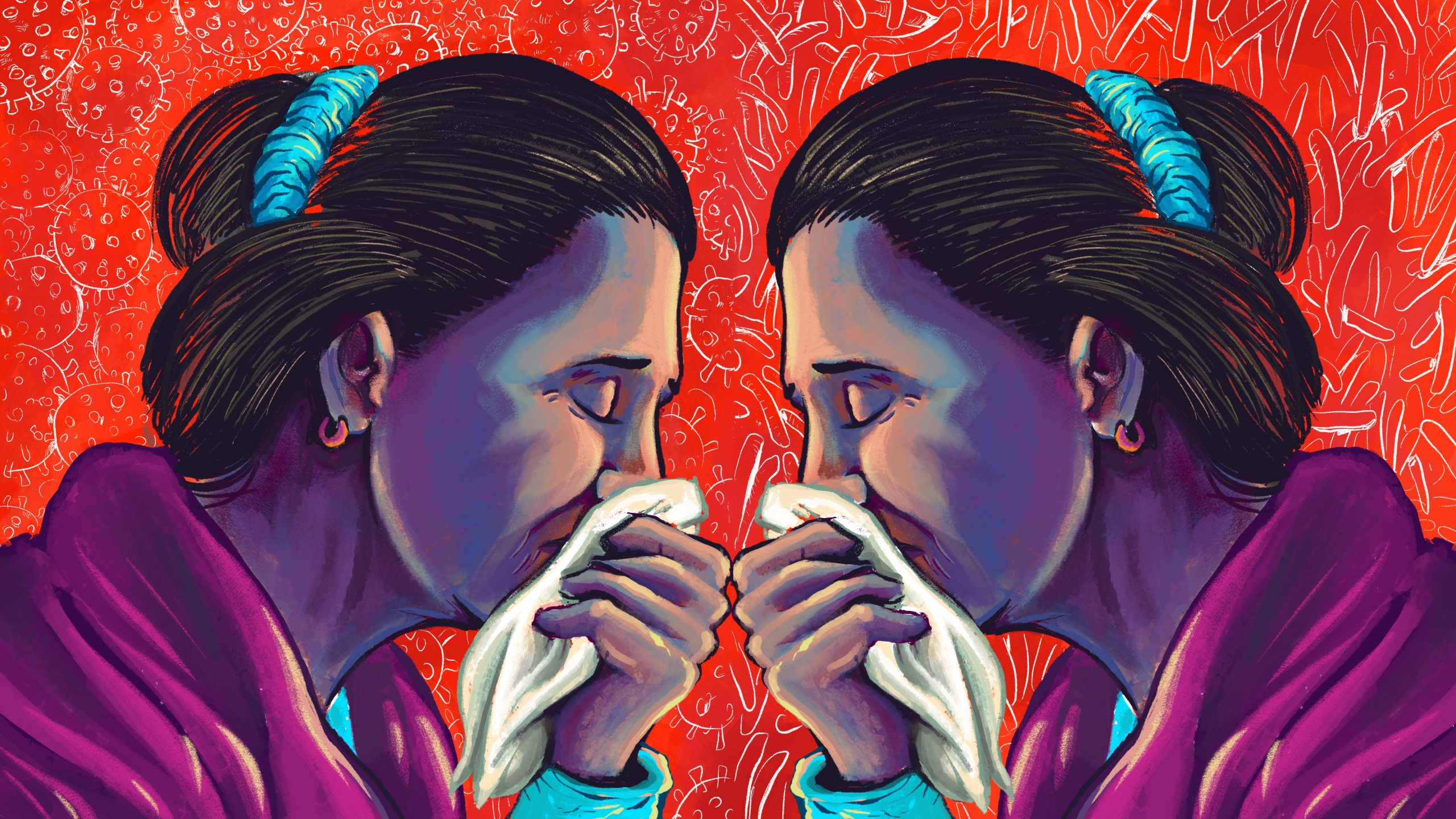 SAN CRISTÓBAL DE LAS CASAS, MEXICO — The doctors said she probably had COVID-19. It was October, and María del Carmen Gutiérrez Ramírez had a cough and a relentless fever, common symptoms of the disease caused by the coronavirus. She tried cough syrup. She tried a fever reducer. She still felt awful.

Eventually, she says, “I didn’t feel like moving or opening my eyes, talking or walking – nothing. And it was getting worse.”

This spring, another doctor ran a battery of tests. It turned out that Gutiérrez Ramírez, 43, wasn’t sick with COVID-19. She had another potentially fatal illness: tuberculosis.

“I don’t know anyone with TB. I don’t know where I got it,” says Gutiérrez Ramírez, who lives in San Fernando, a town in Chiapas, the southernmost Mexican state. “I didn’t know TB still existed.”

Even more frustrating, she says, “How can they not get it right if they are doctors?”

An infectious disease that often attacks the lungs, TB is a global scourge. Although it’s preventable and treatable, more than 1 million people died from tuberculosis in 2019, according to the World Health Organization, a higher toll than that of HIV/AIDS. That number still reflects a yearslong decline in TB incidence and deaths. The coronavirus pandemic may have wiped out that progress.

Because of coronavirus fears, some people didn’t risk going to a medical center for TB testing and remained unwitting carriers. And those who sought help had a harder time getting it. In many countries, medical professionals, TB hospitals and diagnostic equipment were diverted to COVID-19 efforts, according to the international consortium Stop TB Partnership. 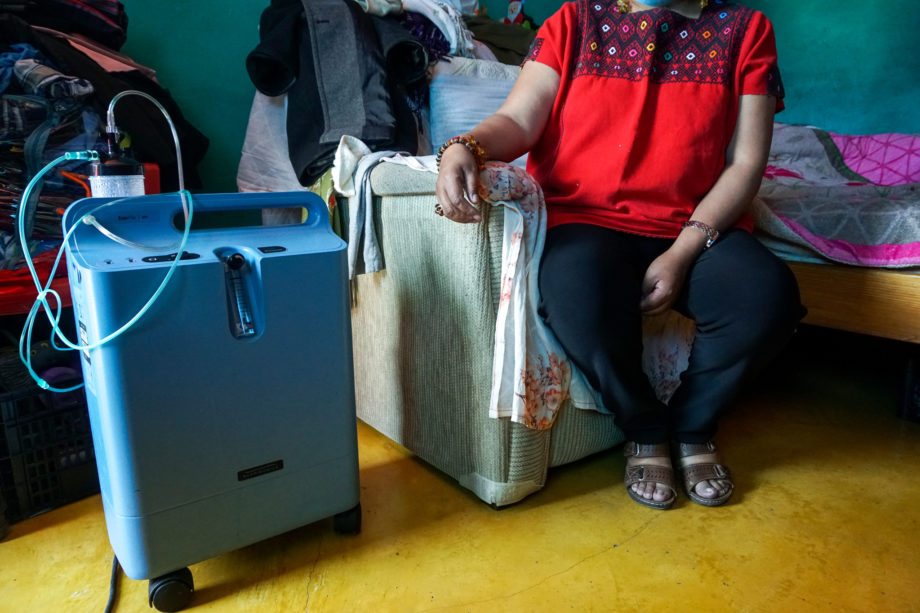 Patricia L.M., a teacher in San Cristóbal de Las Casas, Mexico, sits next to an oxygen concentrator. She was diagnosed with pulmonary tuberculosis in 2015 and underwent two years of treatment.

Based on preliminary data from 84 countries, the WHO estimates that 21% fewer people were treated for TB in 2020 compared to the prior year. That could result in 500,000 more deaths worldwide.

In Mexico’s rural or poor areas with limited health services, the underdiagnosis rate may be as high as 50%, says Héctor Javier Sánchez Pérez, coordinator of Mexico’s Social Observatory of TB, which tracks the disease.

“By underdiagnosing, the chain of transmission continues,” he says. “And therefore, the possibility of new cases will persist.”

COVID-19 and tuberculosis share many traits. Microscopic particles travel via air, invade the body and often wage war on the lungs. For a time, a person may not know they’re infected. Then they cough; their chest hurts; their appetite wanes; their skin burns with fever. In some cases, they inch close to death.

Both ailments also disproportionately prey on the poor, who are more likely to live in cramped housing and less likely to have access to medical care. Chiapas is the poorest state in Mexico; its tuberculosis mortality rate in 2018 was nearly double the overall rate for Mexico, according to the Epidemiological Information Directorate.

“I don’t know anyone with TB. I don’t know where I got it.” María del Carmen Gutiérrez RamírezSan Fernando resident

In contrast to COVID-19, tuberculosis is caused by bacteria, not a virus, and it marches through the body at a much slower pace. There are two stages of the disease. Someone with latent tuberculosis doesn’t have symptoms and is not contagious. About a quarter of the world’s population has latent TB, according to the WHO.

Without treatment, latent tuberculosis becomes active tuberculosis in about 5% to 10% of people. That makes a person both symptomatic and contagious. This is more likely to occur when someone suffers from an illness that batters the immune system. In Mexico, that increasingly means diabetes. In recent years, the number of people with diabetes and TB has shot up 30%.

“There’s a diabetes epidemic and a tuberculosis epidemic in Mexico. They go hand-in-hand,” says Alberto Colorado, coordinator of the Americas TB Coalition.

Detecting active TB is key to halting its spread. A patient can infect five to 15 people a year, according to the WHO. But the pandemic corralled people at home and made leaving risky.

“People have stopped going to the health services for fear that it is COVID, and they stay at home. Patients are not identified,” says Dr. Janeth Vázquez Marcelín. In the Chiapas health district where she oversees the TB program, the number of smear specimen tests, which check for the disease, plummeted at least 40%.

Those who wanted to see a doctor had a harder time landing an appointment. Many health care workers at higher risk of COVID-19 complications – because they were older or had conditions such as chronic lung disease – stopped working, says Christian Dawuleth Córdova Solís, a state official who oversees Chiapas’ TB prevention efforts.

Fewer medical consultations meant fewer TB diagnoses – and possibly people quarantining with infected family members. “Many times, we don’t think about TB,” Córdova Solís says. “And if we don’t identify it, confinement can be a risk of contagion.” 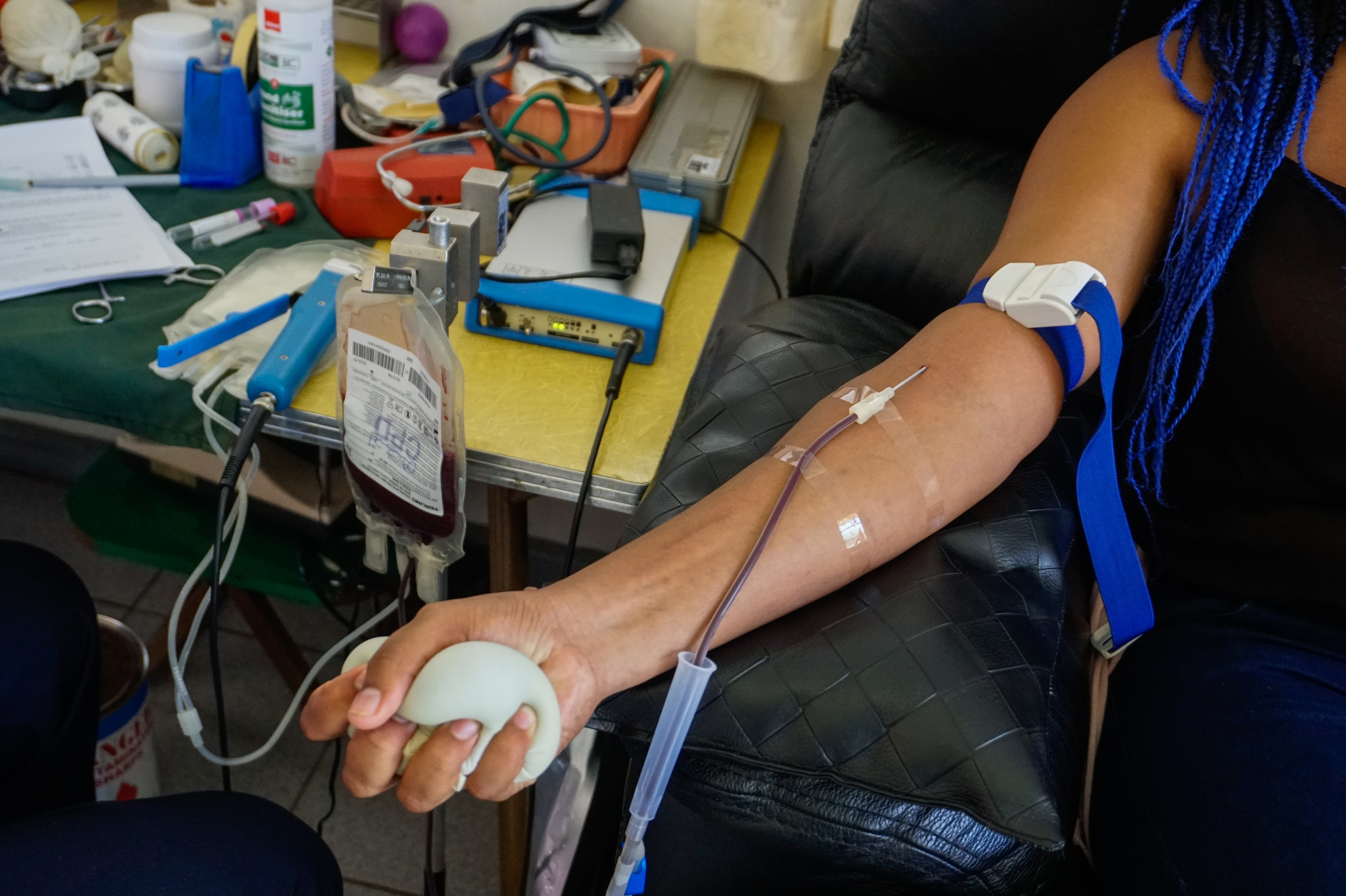 In areas of high poverty, says Sánchez Pérez of the Social Observatory of TB, only 10% of patients with pulmonary TB – the most common form of tuberculosis, which targets the lungs – start a drug treatment regimen. Just a fraction of them stick with it for the recommended six months.

Patricia L.M., 42, is a teacher in San Cristóbal de Las Casas, a Chiapas municipality. She spent two years trying to rid her body of pulmonary TB. (Because of stigma, she asked that her full name not be used.) After she was diagnosed in 2015, she went to the hospital six days a week to take a cocktail of pills. But doctors discovered she had drug-resistant TB, an increasingly common complication. They added an injection to her regimen. Then a catheter to lessen the pain.

“It was two years of not going out. I didn’t do anything. I went from the hospital to my home,” she says. “Near the end of my treatment, I wanted to quit. I couldn’t stand it anymore.”

Even before the pandemic, she wore a mask to protect her scarred lungs, and she still tires when she walks. But in the context of the TB epidemic, she is among the fortunate.

In January, a 67-year-old woman arrived at a COVID-19 clinic in Tuxtla Gutiérrez, the capital of Chiapas. Recently diagnosed with diabetes, she had a cough, fever and weight loss. Clinic staff thought she was sick with COVID-19, but they sent her to the Tuxtla Gutiérrez Health Center for tuberculosis testing, says Dr. Lucía Alejandra Pascacio Magariño, who runs its TB program.

The center took samples from the woman on a Friday. The following Monday, the center called to tell her she had pulmonary TB. Her daughter answered the phone and told the center that her mother was dead.