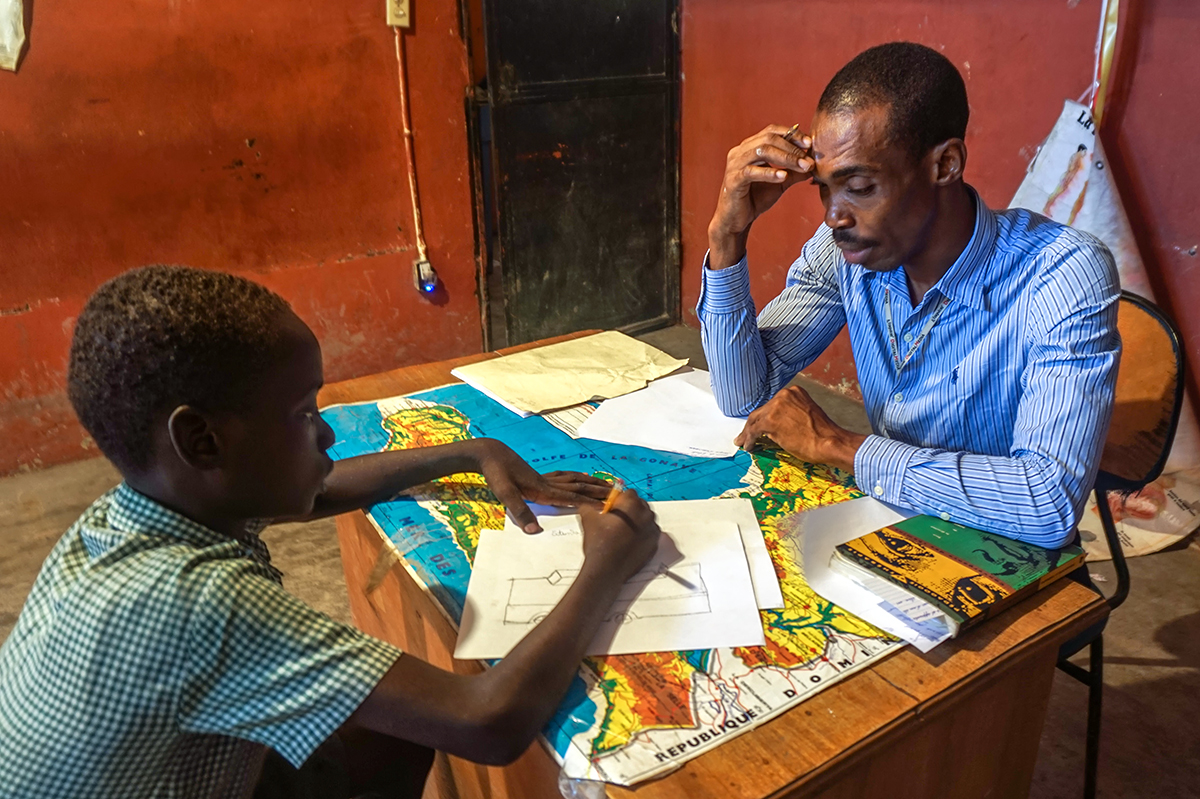 CITÉ SOLEIL, HAITI — Diana Désir, 13, fidgets at her school desk as she explains why she moves often in this coastal neighborhood in the country’s capital, Port-au-Prince.

“When conflict erupted between gangs, my family moved to my aunt’s house,” she explains.

And when gangs fought again, her family moved again…and again. Each time, Diana and her family looked for a place to live, however temporarily, that would provide some calm.

She says she didn’t have anyone to talk to about the situation until she joined a therapy group at her school, La Maison de l’Espérance. There, students and teachers start every Friday by sharing their thoughts on how best to deal with stress.

The sessions are run by a group of mental health professionals under the name Unité de Service Psychologique et d’Appui à la Recherche. (In English, the name means Unit of Psychological Service and Research Support.)

Unité has hosted such sessions at schools across Cité Soleil, an area widely considered to be among the most dangerous places in the country, since 2016. It offers training for teachers who organize their own therapy sessions, too. 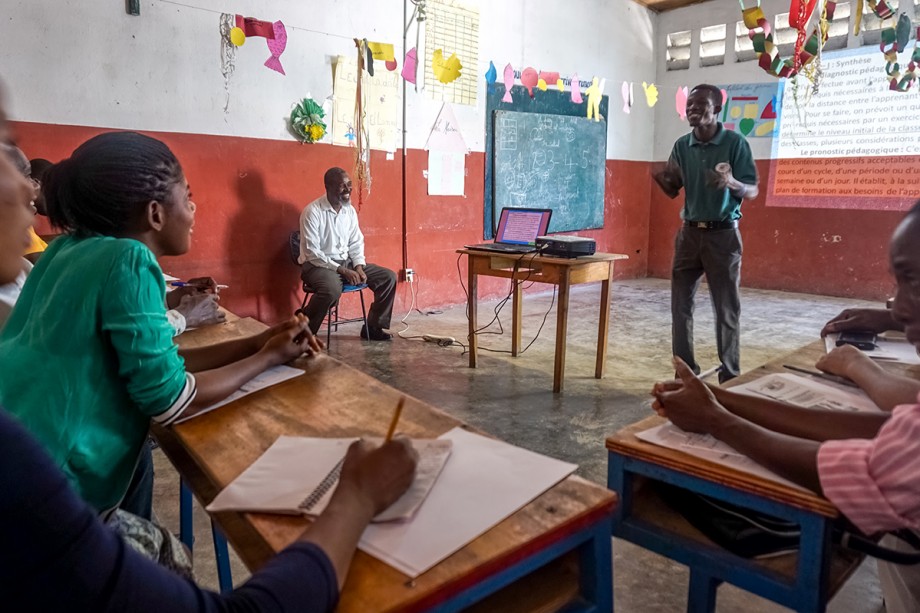 Students at La Maison de l’Espérance participate in a group session with Unité staff. Children between the ages of 6 and 13 benefit from the work of Unité, says Jean Philipe Moise, president of the nonprofit organization.

“There is a tendency for children to act out – because of situations outside the school – while in their school setting,” says Beneste Desrosiers, a teacher who was trained by a team from Unité.

Desrosiers says the training helped him understand the impact of stress on his students so that he can support them through it.

Cité Soleil is known for poverty and violence. The International Institute for Environment and Development calls the area a “lawless place” where “armed gangs openly rule.” Human Rights Watch calls the area “one of the most violent” neighborhoods in the Port au Prince area.

Unité, a nonprofit organization, was founded here in 2012 to provide general psychological support. Two years ago, its focus shifted toward children who have experienced violence or who are affected by family conflicts, says Jean Philipe Moise, Unité’s president.

Now, the organization provides therapy services to 10 schools, most of which are in Cité Soleil. Sessions can be done for individuals, but most often focus on groups of children who have experienced similar psychological stressors, Moise says.

More than 300 million people around the world experience depression, and another 260 million have anxiety disorders, according to a 2015 World Health Organization report. Rates of mental health problems are especially high in Haiti, where more than a third of 120 people surveyed for a report published in 2017 by the International Journal of Social Psychiatry stated that they had experienced major depressive episodes or suffered from post-traumatic stress disorder.

There is a tendency for children to act out – because of situations outside the school – while in their school setting.Beneste Desrosiers, a teacher who was trained by a team from Unité

About 90 percent of the people surveyed said they had not received mental healthcare.

In 2011, Haiti’s mental health institutions had 180 beds, according to estimates from the World Health Organization. That’s 1.7 beds for every 100,000 people in the country.

The mental healthcare landscape has improved since then, says Delano Jean, a psychologist and professor at Université d’Etat d’Haïti, a public university. But children in areas like Cité Soleil often can’t afford those services, he adds.

Children who participate in Unité sessions at schools say they’ve experienced a transformation.

“Participating in such sessions has given us much joy,” says Emile Berthony, a 12-year-old who attends group sessions.

“I no longer pick fights with my friends, because psychologists have helped me by teaching me to love my friends and respect myself,” she says.