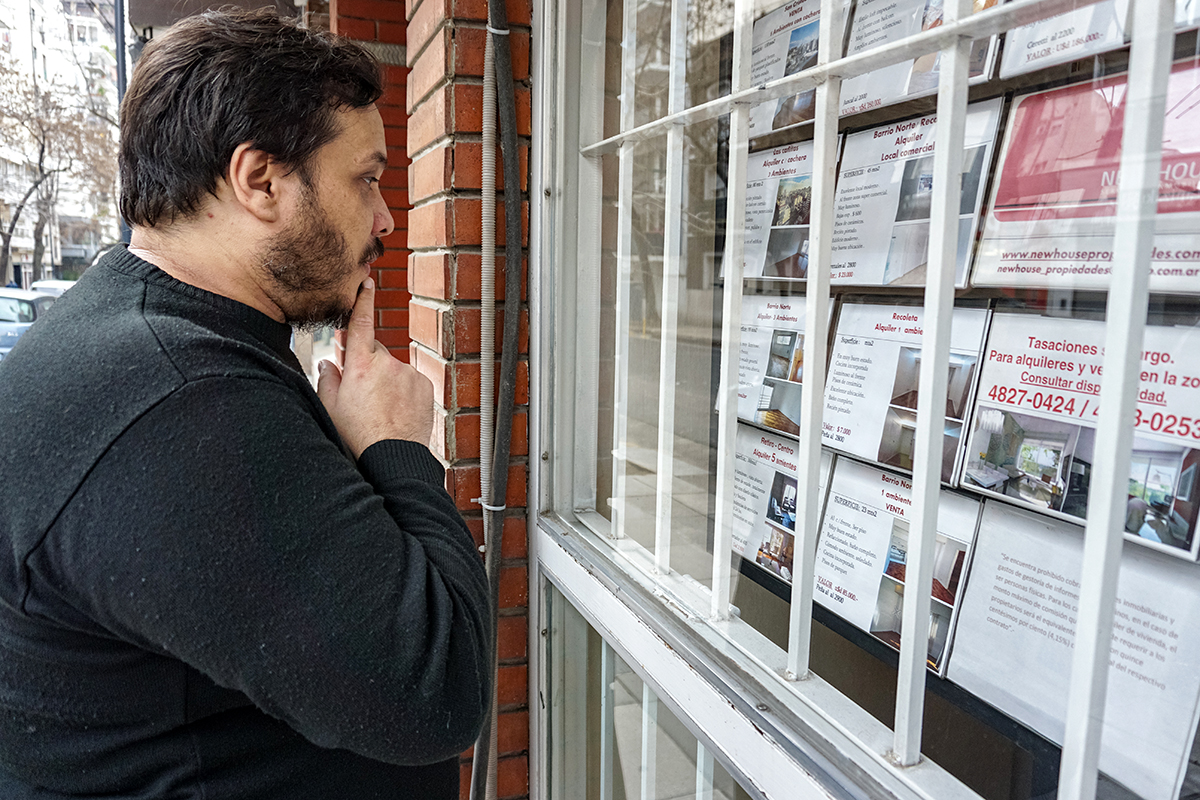 BUENOS AIRES, ARGENTINA — For the last four months, Mauricio Bentín and his wife have spent their weekends visiting vacant properties. The couple picks an area where they’d be willing to move, and they go through all the houses they can.

They still haven’t found a place that works for them, he says.

Bentín has lived all of his 42 years in Palermo, a neighborhood in the city of Buenos Aires. He loves it, but he has to move to a cheaper place – a smaller apartment in an area far from work, with less expensive rent.

“We are looking to get smaller or move farther away in order to lower the costs. We don’t know how much longer we will be able to deal with the costs of the house,” Bentín says.

For him, the problem is that his rent skyrockets while his salary only creeps upward.

“Since the end of last year to now, my rent increased 30 percent, and, in August when my contract ends, it will go up 30 percent more, at minimum. Meanwhile, my wage increase this year was 16 percent,” Bentín says. 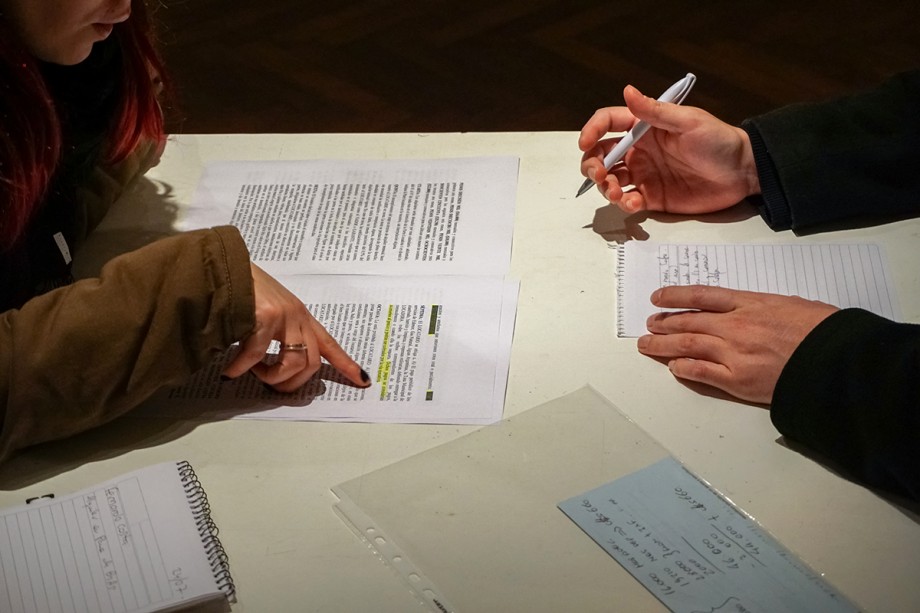 Members of Inquilinos Agrupados, a nonprofit group that defends the rights of tenants, discuss how to draw up rental contracts. Inquilinos Agrupados consults with tenants every Tuesday. Both members wanted their faces concealed for fear that they wouldn’t get a rental if recognized by a property owner.

Many rental contracts in the city have a term of two years. When a contract ends, a new one with a revised price is established between both parties. Bentín won’t be signing his new contract.

As a consequence of increasing rent prices, many middle-class families, young people and retirees are being forced to end their rental agreements in the city of Buenos Aires. These renters are moving to smaller homes or looking for cheaper rent in the larger province of Buenos Aires.

Local nongovernmental organizations (NGOs) and real estate authorities agree that rent prices have risen because there are too few rental properties available in the city as well as incredible demand for rentals. Tenant organizations are proposing ways to regulate these increases.

Rent prices in the city of Buenos Aires increased by an average of 17 percent between January and June, according to a survey conducted by Mercado Libre, an online marketplace company.

Marina Fuente, a member of Inquilinos Agrupados who advises other tenants, says that since 2018, half of the people who come to them are asking about the increase in prices.

“This year, the number of people who come in order to ask about increases in rent and the cancellation of contracts due to increases grew,” Fuente says.

Many tenants look for a way to end their rental agreements without having to pay a fine for breaking it early, which can worsen their economic situations, Fuente says.

Rent prices in the city of Buenos Aires increased by 17 percent on average between January and June of this year, according to a survey conducted by Mercado Libre.

“When they see that they can no longer pay the rent, they go to the homes of relatives or friends. Young people go back to live with parents; those that already have families go to smaller houses or farther away to rent in the province or towns,” Fuente says. “Retirees go to boarding houses or hotels.”

In Argentina, many tenants say their rent increases every six months.

Those increases are established by both parties at the beginning of the agreement and again upon renewing the contract. Tenants know their rents will increase every six months, but not by how much between one contract and the next, so owners can hike up the prices as much as they like – there’s no law to stop them.

According to the country’s law, residential rental agreements have a minimum two-year term, and the contract cannot be broken before six months. If a tenant breaks the contract within the first year, he or she has to pay a fine of a month and a half’s worth of rent, or, if broken after the first year, only one month of rent.

“It happens that if before you were there for two years or three years in a dwelling, now you end up moving earlier, because you can’t pay,” Gervasio Muñoz , president of the Federación de Inquilinos Nacional, a national tenants’ federation, says.

“Tenants go smaller, and they move. They go where it is most convenient economically,” Alejandro Bennazar, president of the Cámara Inmobiliaria Argentina, the country’s chamber of real estate, says.

The chamber, which represents real estate agencies nationally, has begun to track the number of renters moving from the city of Buenos Aires to the larger province of Buenos Aires this year. That data will be available at the end of the year.

“We hadn’t done it before, because it didn’t seem necessary to us, but now it has become relevant information,” Bennazar says.

Experts and tenants’ groups alike agree about the consequences of the increase in rental prices but have differing ideas about how to respond.

Bennazar believes the sharp increase in prices is a result of fewer available rental properties. This could be fixed, he says, by implementing an insurance policy for property owners who fear tenants not paying rent; under such a policy, if a tenant stops paying rent, the owner would still receive the payment from the insurance.

Sebastián Pilo, a director of the Asociación Civil por la Igualdad y la Justicia, an NGO that works for civil rights and equality in the city, believes that construction of homes needs to be encouraged.

“It would be necessary to increase the stock of housing and the number of available homes for rental, through measures like a tax on idle housing and incentives for the construction of places to rent,” Pilo says.

Muñoz thinks the emphasis should be on regulating rental prices so that increases account for inflation and growth in renters’ wages.

The Federación de Inquilinos Nacional presented a bill in 2016 to regulate rentals. The Cámara de Senadores, the country’s Senate, approved the project unanimously that year, but it still has not been addressed by the Cámara de Diputados, the country’s lower legislative body.

“The project has been shelved. We are asking for meetings with representatives, so that the bill moves forward and does not lose parliamentary status,” Muñoz says.