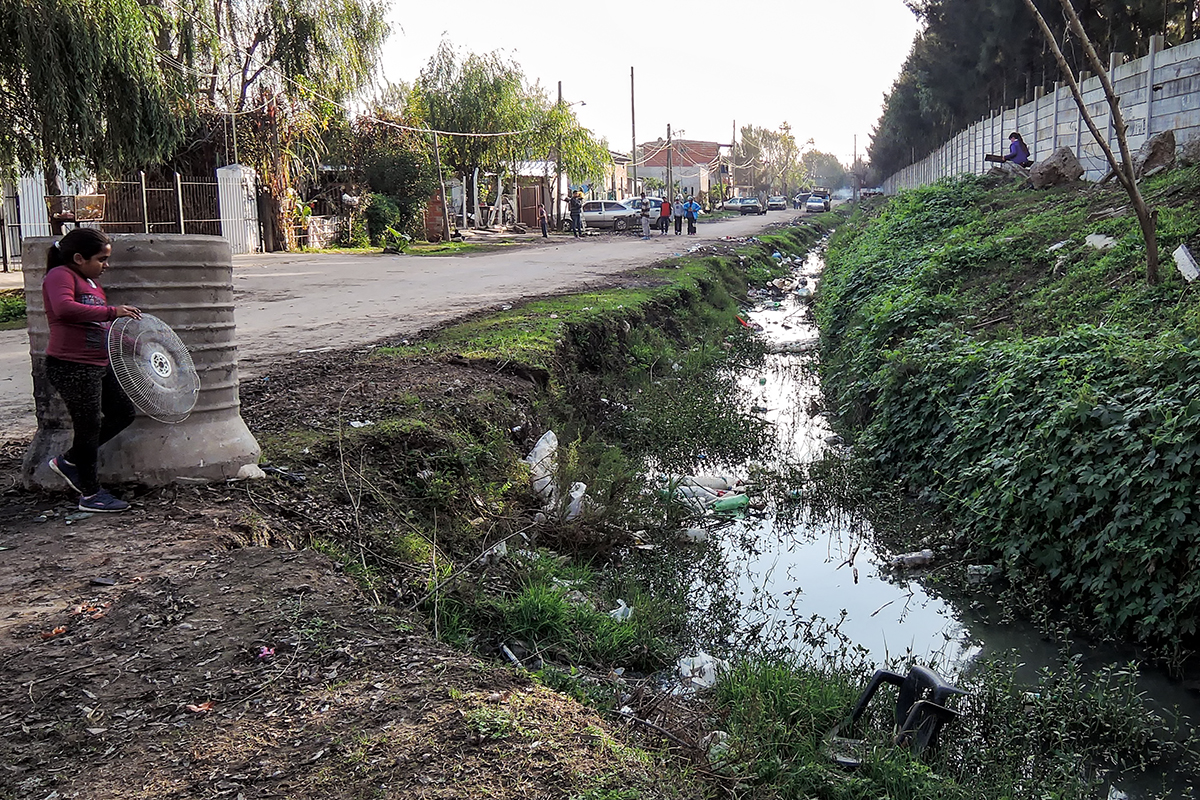 BUENOS AIRES, ARGENTINA — At first glance, the humble Las Tunas neighborhood looks to be under construction. Bricks and sandbags are piled up against each home’s front door. An excavator burrows a drainage ditch near a dirt road.

In reality, the neighborhood is an old one, grappling with floodwater that rushes into the streets from pricier, gated communities built in recent years. Rainwater accumulated in those wetland areas before those fancier homes were built. Now, all the water stays in Las Tunas. That neighborhood wasn’t built on wetlands, and now it’s natural drainage to the nearby, once-soggy areas is blocked.

“We ended up like in a well,” says 61-year-old Catalina Esther Centurión, who has lived in Las Tunas for 40 years. “The water used to flow to the fields. Now it doesn’t flow anywhere.”

When it rains, people rush to shore up their homes’ defenses to prevent flooding in their living spaces.

At times, frustration rushes violently through Las Tunas, too. During one 2013 flood, exasperated Las Tunas residents began chipping away at the razor-wire topped wall separating their neighborhood from the gated ones. When a portion of the wall crumbled, residents who were there say the floodwater immediately began to drain. 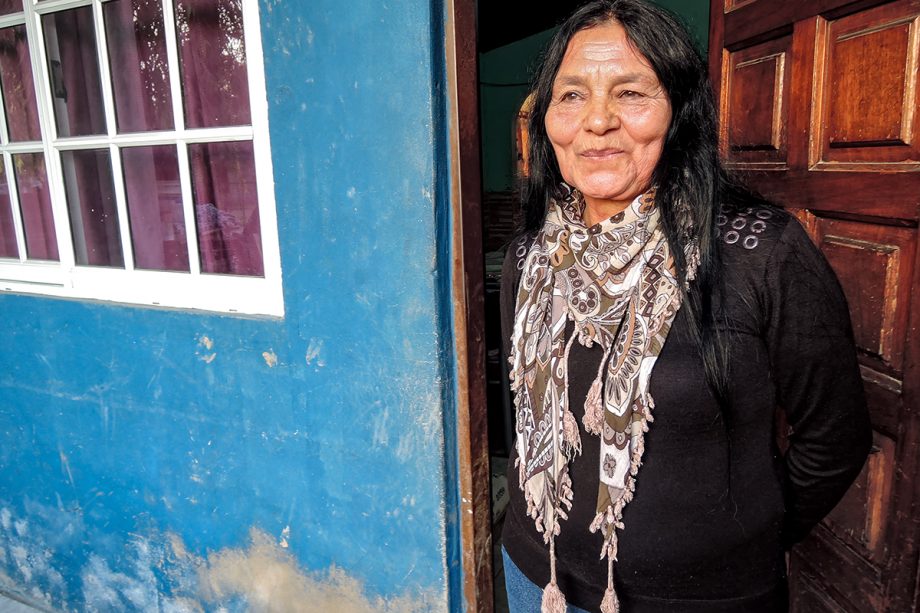 Catalina Esther Centurión has lived in Las Tunas for 40 years. Decades ago, she says, the water flowed out of the neighborhood. Now, it just floods into homes.

It was a symbolic moment for the people of Las Tunas. Many had found jobs in the gated communities, and one of those neighborhoods, Nordelta, even created a foundation in Las Tunas to offer training, education and health services. But the presence of those communities, with their well-armed security guards, luxury homes and swimming pools, became too much. Those fancy neighborhoods were built on wetlands that historically provided natural drainage. The incident polarized the two communities.

More than four years later, not much has changed. The worst of it, people in Las Tunas say, is that the Argentine government has done nothing to stop ongoing development in wetland areas, which cover 21 percent of Argentina’s surface area, according to Fundación Humedales, a nonprofit organization that works to protect wetlands.

There’s been significant media coverage of the class divide that this area represents: Poor people in a crowded neighborhood separated by a wall from a pristine, spacious neighborhood filled with expensive homes. Those neighborhoods were built, largely beginning in the 1970s, in part to create safe areas with mostly private security, protecting residents from violent crime. According to one estimate, there are now 99 gated communities spanning 3,557 hectares (8,789 acres) in the Tigre district, a low-lying area just north of Buenos Aires where the Las Tunas neighborhood has existed for decades. That’s more than four times the size of New York City’s Central Park.

But little attention has been paid to the impact those communities have on the area’s natural environment.

This map shows the location of the Las Tunas neighborhood and the gated communities, built on wetlands, that surround it. Las Tunas was an established neighborhood in the 1970s, when developers began filling wetlands to build luxury homes.

As of 2014, 9,200 hectares (22,733 acres) of wetlands in the Lujan River basin, the area that includes the Tigre district, have been filled or drastically modified to build gated communities, says Patricia Pintos, a geographer who has conducted intensive research on the area. Since 2014, she says, those projects, often ironically advertised as places to enjoy nature and green space, have only continued.

The damage is irreversible, she says.

Part of the problem is that there’s no single entity that is to blame. Local regulations don’t explicitly prohibit construction on wetlands.

The other part of the problem is that the government doesn’t have any standards for managing wetlands in general, says Diego Moreno, secretary for environmental policy, climate change and sustainable development at the Ministerio de Ambiente y Desarrollo Sustentable. (In English, that’s the Ministry of Environment and Sustainable Development.)

There are no guidelines for how or where to protect wetlands, so each municipality is obliged to grant building permits in those areas even if the building project is never evaluated to determine its potential environmental impact.

Global Press Journal contacted the provincial office tasked with granting building permits at least 20 times by phone, but staff in that office declined to provide information about how those permits are granted.

More than a dozen calls to the Cámara Empresaria de Desarrolladores Urbanos, a consortium of builders that develop private neighborhoods, were not returned.

Legislative efforts to reverse the course of development on wetlands have failed. More than once, lawmakers have introduced bills to establish a minimum budget to protect wetland areas and create a wetland inventory.

“We aren’t proposing the wetlands law so that 20 percent of the land remains untouched, but rather for this discussion of land-use planning to occur and to do so with good background information,” Moreno says, referring to the percentage of Argentine land that is wetland.

Alejandro Grandinetti, a national deputy who has long criticized the lack of attention to wetland protection and flood prevention, says the previous administration’s lack of long-term vision has carried over to the current one.

He says only about 30 percent of the budget allocated to flood prevention is actually used. 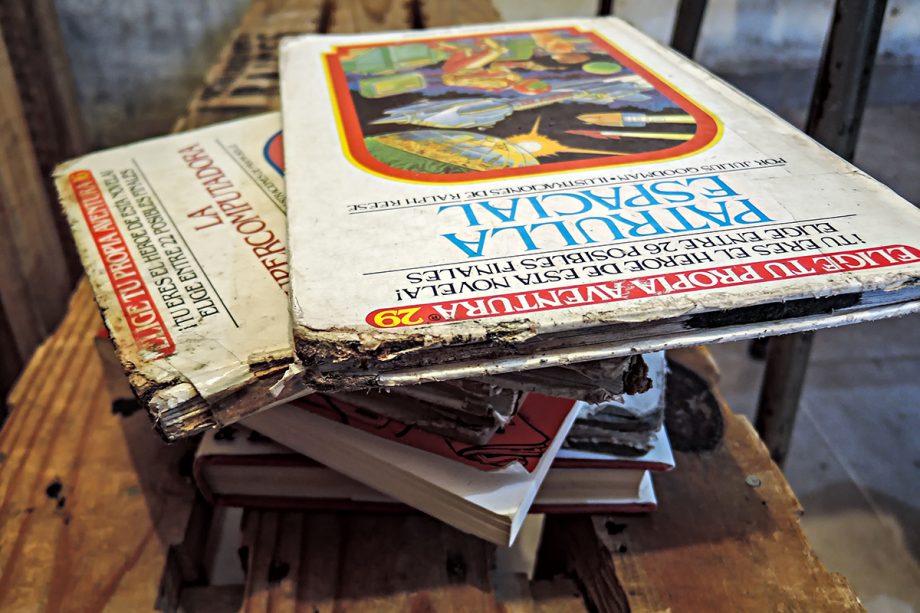 Stacks of books are damaged because of flooding in Las Tunas.

Around the world, wetlands shrunk by between 64 and 71 percent in the 20th century, and that degradation continues, according to research by the Ramsar Convention Secretariat, which manages coordination for the wetland-protection treaty of the same name.

Nobody is tracking how or where wetlands are being lost in Argentina, says Ana Di Pangracio, deputy executive director of Fundación Ambiente y Recursos Naturales, an environmental organization.

“Wetlands or marshes are seen as wasteland that’s useless and needs to be filled in,” Di Pangracio says.

But there are real consequences to filling in wetlands, says Leonel Barral, a biologist and member of the Club de Observadores de Aves de la Reserva Ecológica de Bernal, a birdwatching organization that also works to preserve wetlands.

“People die in floods,” he says, pointing to a 2013 flood in the Buenos Aires province’s La Plata area in which 89 people died.

Las Tunas residents say no one has died in flooding there, but add that they’re fearful that it might happen one day.

It’s difficult to get details about the gated communities above Las Tunas. The local office in charge of granting building permits for the area is opaque at best. Officials there declined GPJ’s multiple phone requests for information about the community’s permitting process.

The water used to flow to the fields. Now it doesn’t flow anywhere.Catalina Esther Centurión

According to Nordelta’s website, that neighborhood’s development was approved in 1992, and the first lot was ready for construction eight years later. The entire area, which boasts shopping centers, restaurants and other amenities, is built around picturesque manmade lakes.

Many people buy homes in the gated communities because they believe they’ll be able to enjoy nature in those neighborhoods, but these residents need to be more responsible about investigating how the communities are built, Pintos says.

“There is a sector of the population that isn’t very attentive to the environmental question,” she says.

Pedro Escarano moved to Nordelta in 2010, after receiving his house as payment from a construction company for which he’d done some communications work. It seemed like a nice place to live, he says, but as more neighborhoods were built, he noticed abnormalities. The area is so packed with nutrient-lacking landfill that nothing grows, he says. Anyone who digs below the surface will find hard-packed gravel, he says, adding that he’s actually broken shovels in his quest to plant his own landscaping.

“The people who plant gardens are beginning to realize that everything is landfill and that the soil was damaged,” he says.

Escarano worries that if this trend continues and more wetlands are filled in, even the gated communities on lower ground will flood.

“My neighbors live in a cloud of farts, and they don’t care what happens to their neighbors outside,” he says. “They think it won’t happen to them.”

Now, more than 30,000 people live in Nordelta alone, according to Nordelta’s website.

That’s the same number of people who live in the Las Tunas neighborhood, according to some estimates. 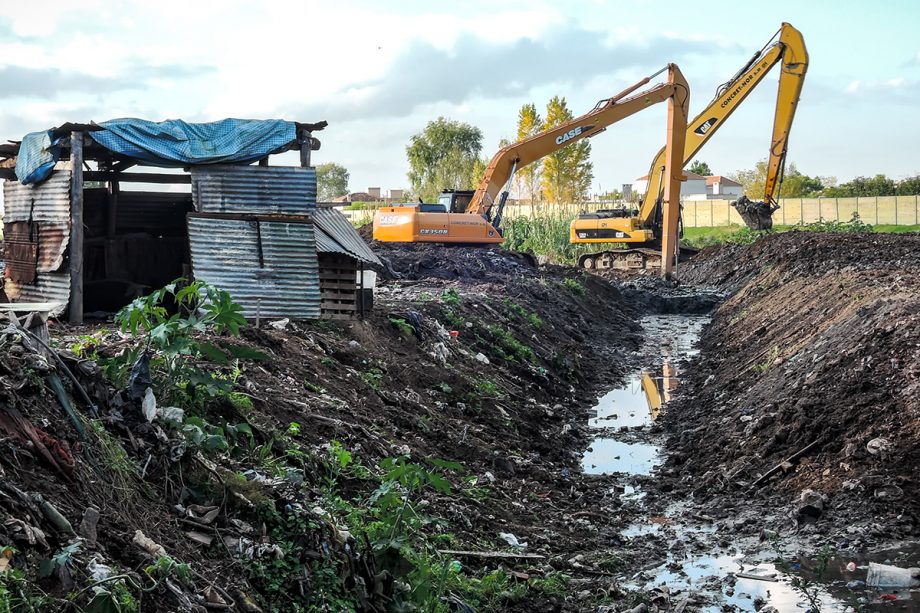 Drainage ditches are dug out in Las Tunas to control floodwater.

In Las Tunas, small one-story homes are built against one another. The streets are mostly dirt and full of potholes. It’s easy to see how far water has risen in previous floods – stains reach partway up the sides of the homes. In some spots, the water line is as high as a meter (3 feet).

Across the wall in the gated communities, the homes and green areas are pristine. There are plentiful green areas – growing in the shallow layer of soil the developers added on top of fill dirt – and swimming pools.

Matías Duarte, a teacher and member of a neighborhood group in Las Tunas working to protect the neighborhood from floods, says the damage from the construction of the gated communities is irreversible. Initial excitement about the changes quickly turned sour, he says.

“Residents saw the construction of private neighborhoods as growth, and when we realized the importance of these lands to contain flooding it was too late,” Duarte says.

Las Tunas never flooded until the gated communities were built in 2013, says Marta Ávalos, who has lived in the neighborhood for 28 years. That first flood, she says, destroyed everything: mattresses, chairs, armoires.

“Now, every time it rains I raise things and place sandbags,” Ávalos says.

But still, the water seeps in. Five or six times every summer, Las Tunas residents move chairs, tables and other furniture up from the ground to try to save them from the flooding. But after each flood, they say, they wind up pushing their belongings into the sun to dry.

After years of floods, Las Tunas residents have all but given up hope that they’ll ever find a solution to keep their homes dry.