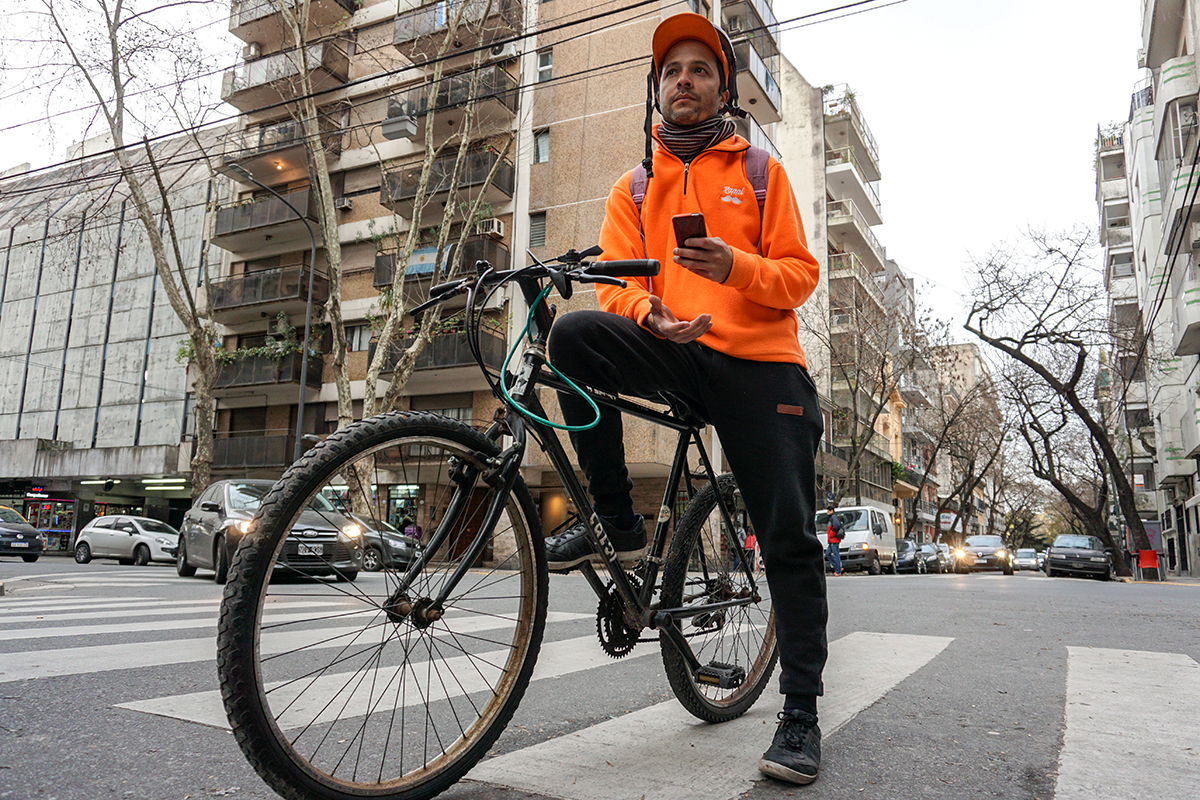 BUENOS AIRES, ARGENTINA — When Venezuela-born Abigail Cunes came to Argentina in April, he was banking on his engineering degree and years of experience to get him the salary he couldn’t find in the country where he was born.

Cunes used to work as a process engineer at a chemical plant in Caracas, Venezuela’s capital. He liked the job – but not the pay.

“I left my office job because the salary wasn’t enough to eat,” Cunes says as he clutches a worn-out, pink backpack – the same bag he now uses to deliver meals and groceries to residents of Buenos Aires, Argentina’s capital.

“It’s helping me a lot, it’s gotten my feet out of the mud,” Cunes says of his new job with Rappi, an on-demand food courier service. While working as a deliveryman can be physically demanding, it allows him to take care of himself while he continues his search for an engineering job, Cunes says.

Forced out of their country by political turmoil and an economic crisis now in its sixth year, Venezuela’s engineers and other working professionals are arriving in Argentina in record numbers. However, their hopes for better lives are often short-lived. Met by a fiercely competitive job market, spiking inflation and a plummeting currency, many of them are turning to gig work to survive.

Argentina’s authorities say they are stepping in to offer help to the new settlers. 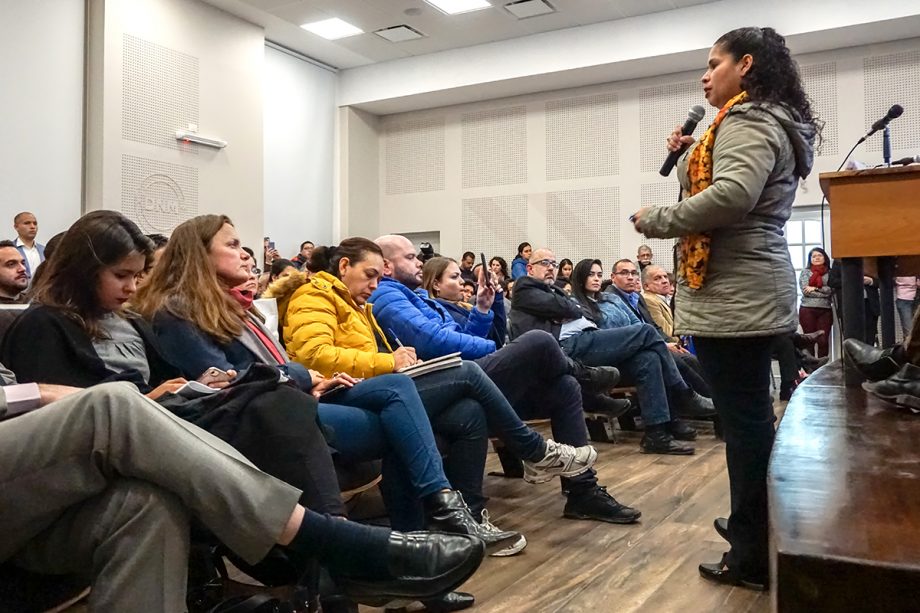 Venezuelan engineers, immigration authorities and representatives from Centro Argentino de Ingenieros, a local engineering organization, gather in an auditorium at the national migration office in Buenos Aires, for an information session on job hunting in Argentina.

In its October 2018 World Economic Outlook, the International Monetary Fund projects that Venezuela’s inflation will hit 1.3 million percent by the end of the year and 10 million percent by the end of next year. The number of Venezuelans living outside of their country is another staggering figure – global migration experts say it’s some 2 million people, and that number will continue to grow. With a population of 31.3 million, Venezuela has lost close to 7 percent of its citizens.

Recent data from the government of Argentina shows that 25,445 Venezuelans moved to the country between January and June of this year, making them the largest immigrant population for the period. Much like the economy they left behind, Argentina’s economy is facing tough times. Since the beginning of this year, the Argentine peso has lost more than 50 percent of its value. Inflation is rising, too.

Even so, Argentina continues to be a top choice for those leaving Venezuela, because the process of obtaining a residency permit is uncomplicated, says Mario Vicenzo Pensa, president of Asociación de Venezolanos en la República Argentina, a nationwide network of Venezuelan immigrants in Argentina.

Argentina’s employment rate has been falling quickly since the second half of 2016, according to the Organisation for Economic Co-operation and Development. Yet the job market remains wildly competitive, Bertero says.

During the past two years, approximately 6,700 engineers have moved to Argentina from Venezuela.

Pensa says many of them are now washing cars, making deliveries and working as salespeople to get by.

And that is a problem for other workers, says Marcelo Broccoli of Centro Argentino de Ingenieros, a local engineering organization.

“The professionals who don’t get work in their profession are taking other jobs and occupying positions for people with less training,” he explains. “Not only does it waste resources, but they also take the place of people who can only occupy that position.”

Broccoli’s organization and Migraciones have teamed up to come up with a solution: a survey to identify areas of the country where there is a need for different types of engineers. The survey is also meant to promote internal migration.

“If we know how to take advantage of this potential, and we avoid having the external and internal flow of migration always landing in the same place [Buenos Aires and surrounding areas], we will see the provinces grow,” García says.

The survey was completed in August. Since then, Migraciones has been hosting regular information sessions for engineers from Venezuela, and at the sessions they can learn about openings with firms across the country and receive tips for their job search, García says.

About 30 people attended the first information session in August. Cunes was one of them. While he found the session useful, his job hunt continues.

Cunes parks the bicycle he uses for his deliveries in front of a small convenience store with a sign that reads “Se necesita personal,” which means “Workers needed.” He memorizes the address of the location, so that he can come back later to drop off his resume.

Cunes says he’ll do whatever it takes to make money to bring over the family he still has back home.

“My dad, my grandmother and the one who was going to be my wife stayed in Venezuela. They are what I miss the most,” he says. “I still haven’t saved enough to send them tickets.”