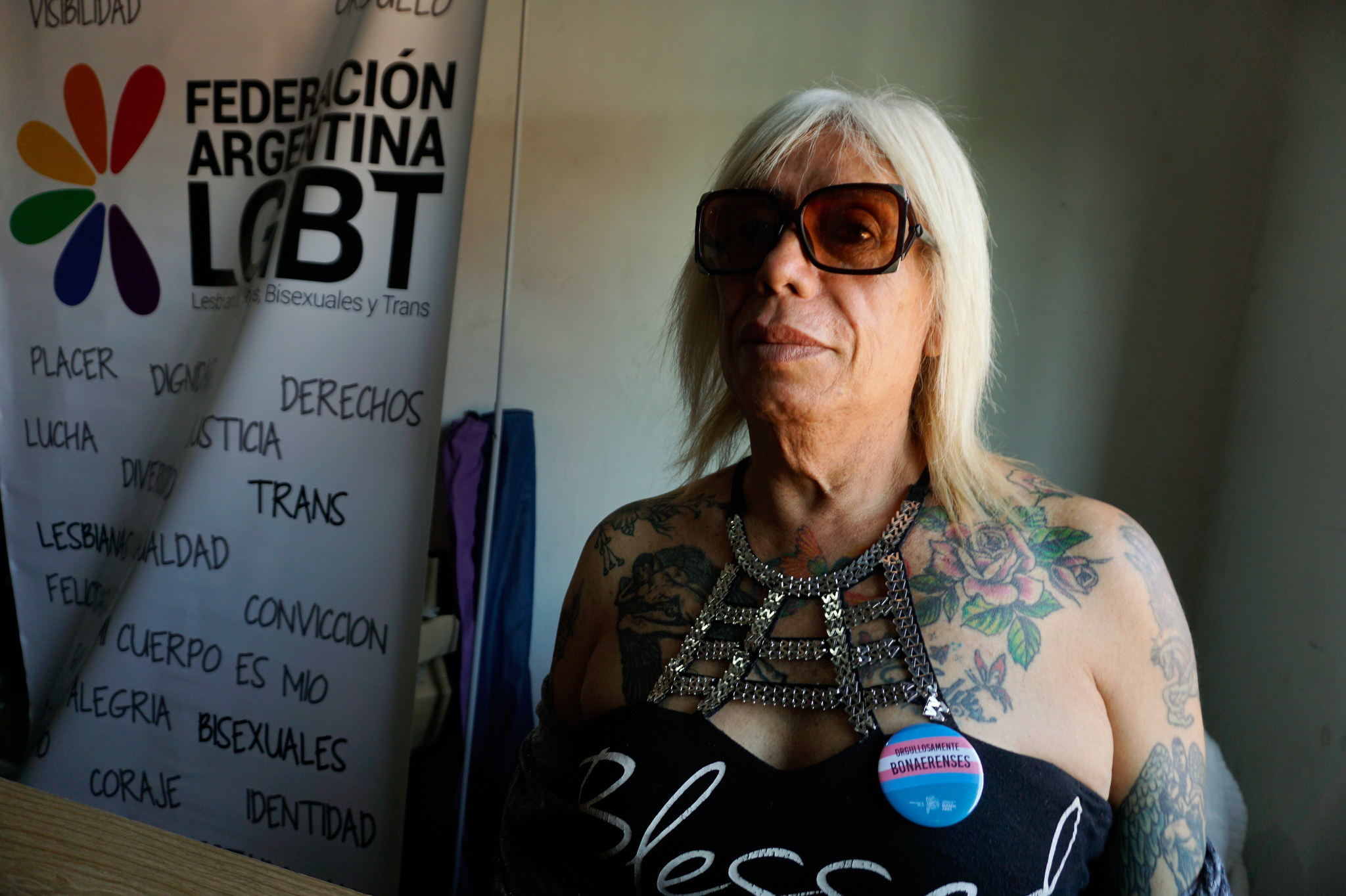 BUENOS AIRES, ARGENTINA — Yuliana Alexa Martínez was sitting in her garden with her husband when she stumbled upon a piece of news on social media that brought a mix of sadness and panic. She broke into tears and cried inconsolably. Her husband asked what had happened. “My doctor died. Now what am I going to do? … What are we going to do?” she said, referring to the doctor’s other trans patients.

For Martínez, her doctor’s death from COVID-19 felt more like the loss of a loved one. “He was a person who understood us and did a lot for us,” she says. “He was a friend, a companion, a psychologist.” Just beginning to grieve his death, Martínez, who was in the middle of hormone replacement therapy, realized she had to find another doctor who would not only resume the therapy but respect and understand her as well.

Being treated with respect at health care facilities is not the usual experience of Martínez and other trans people in Argentina. In 2012, the country enacted a law that allows citizens to change the sex assigned to them at birth on official documentation and guarantees them comprehensive health care. Ten years later, trans and nonbinary people still face discrimination when accessing health services.

This discrimination has become one of the reasons the life expectancy of the country’s trans people is just 35 to 40 years, says Nadir Cardozo, a trans community leader and health care advocate with Fundación Huésped, an organization that works to guarantee people’s right to health care. “Expelled from school, expelled from one’s family, little access to work or appropriate housing, and late diagnoses as a result of barriers to health care — all form a combination whose effects translate into such a short life expectancy,” she says. 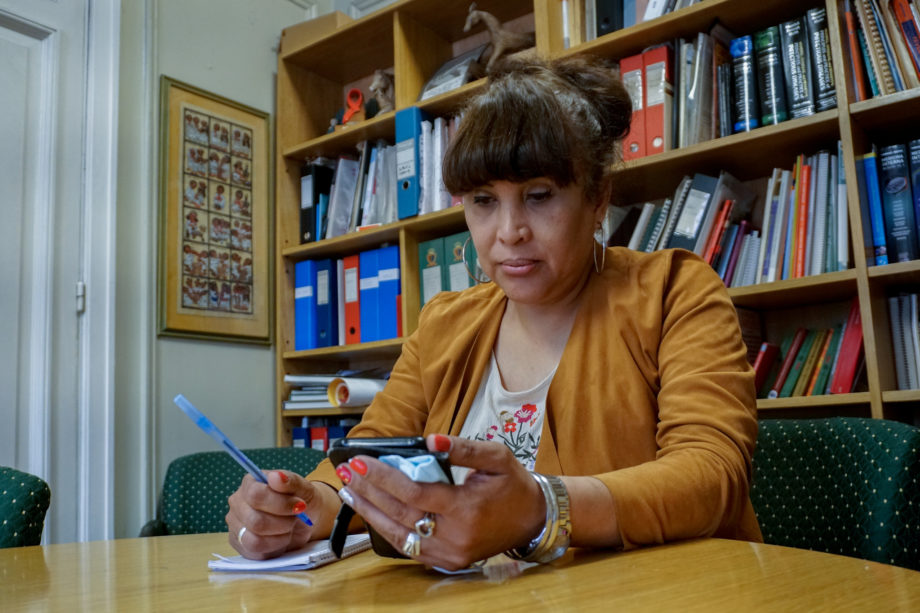 Nadir Cardozo, a health care advocate with Fundación Huésped, makes calls to follow up with people who have approached the organization to access medical treatment in Buenos Aires.

But now, with the help of several trans and nonbinary advocacy organizations, things have started to change.

Martínez, who lives in the province of Buenos Aires, says she is lucky she had access to trans health activists and organizations who helped her find a sensitized doctor. She started her hormone therapy with him in 2019. But his death brought back the same angst that she and many others in the community have faced. “[His death] was the beginning of our search to figure out where we could be understood … where they would take us on as patients to receive hormone therapy. It was difficult because there aren’t many professionals who want to get involved in our space; there are still a lot of societal prejudices,” Martínez says.

After seeking help from the Asociación de Travestis, Transexuales y Transgéneros de Argentina, an association that advocates for trans rights, it took her three months to find a new doctor. Martínez is a beneficiary of an ATTTA program, Trans Vivir, which incorporates health care and human rights advocates into public health centers.

When accessing the health system, Andrea García, coordinator of the Programa de Acceso a Derechos (Access to Rights Program) at Bachillerato Popular Travesti-Trans Mocha Celis, a school that provides adult education in the city of Buenos Aires, says trans people still experience several forms of discrimination — their pronouns are not respected, and they suffer mockery and abuse of power by health personnel. In closed spaces, some doctors still ask questions such as, “What is it that you have between your legs?” and “How do I write you down, as a man or a woman?” 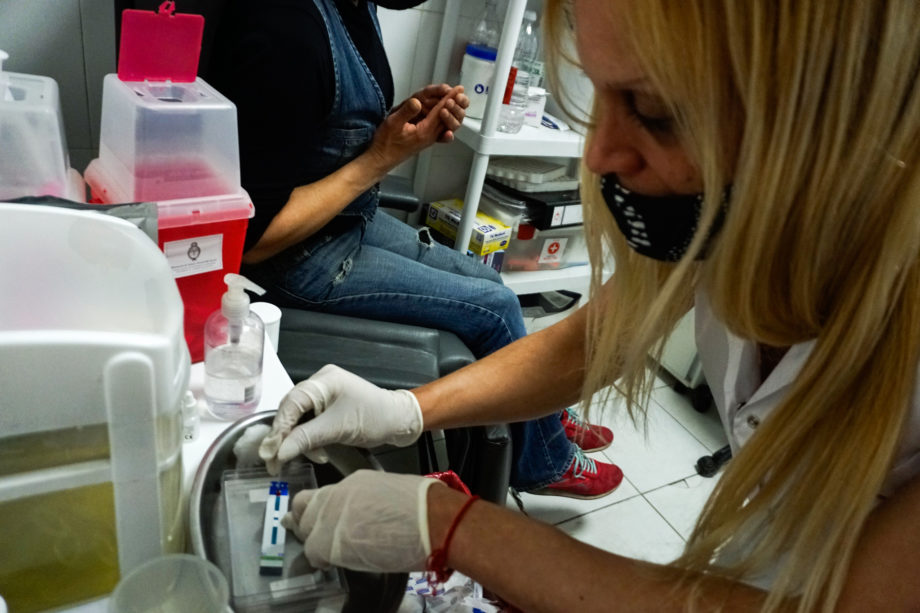 Hannah Palacios, a phlebotomist and vaccinator, performs an HIV test on a trans person at Casa Trans, an ATTTA-run community center for transgender people, in the city of Buenos Aires.

It doesn’t help, says Manu Mireles, the academic secretary at Bachillerato Popular Travesti-Trans Mocha Celis, that the country still has a “deeply pathologizing health system for transvestite, trans and non-binary identities. We still have health professionals who are not trained with a gender and sexual diversity perspective [in mind].”

Discrimination is not exclusive to health care environments, but 64% of cases of violence against trans people in Argentina happen while accessing health services, according to data kept by the Centro de Documentación y Situación Trans en Latinoamérica y el Caribe, a community-based system that monitors the trans community. In fact, according to a 2022 study by Fundación Huésped and ATTTA, 7 out of 10 trans masculinities avoided consultations about their sexual and reproductive health for fear of suffering discrimination and violence in the health system.

There is no official data on how many trans and nonbinary people live in Argentina, but as of March, 12,320 people had changed their sex on their identity card.

Even before 2012, when the government passed the Gender Identity Law, which guarantees the right of every citizen to define their gender identity, the country had a track record of passing progressive civil rights laws and policies. In 2010, Argentina became the first Latin American country to legalize same-sex marriage. In July 2021, it became the first country in Latin America to recognize nonbinary identities, enabling citizens and non-national residents to choose a third gender category, “X” (neither male nor female), on identity cards and passports.

Organizations like ATTTA and Fundación Huésped, which act as intermediaries between health centers and trans people, are behind many of these changes. As part of these programs, advocates accompany trans people to consultations, advise and help them make medical appointments, and provide them with information about health care and subsidies.

“We can now say that today, there are 50- to 60-year-old trans women undergoing treatment with access to health care … though this could still be much better,” says Marcela Romero, president of ATTTA. 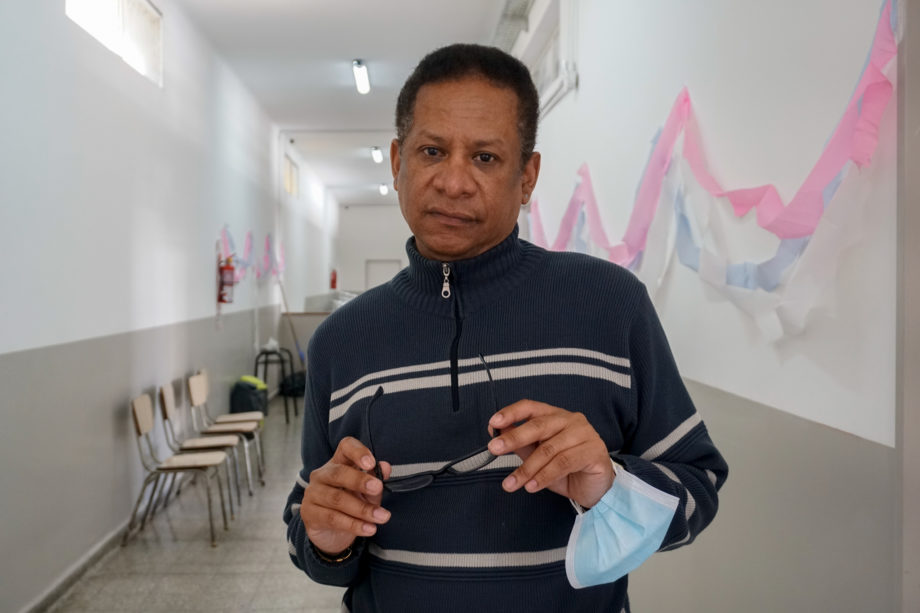 These aren’t the only organizations working to improve access to health care for the community. With the intervention of Bachillerato Popular Travesti-Trans Mocha Celis, Fredytika Murillo Seguin, who studies at the school, got an appointment for free dental prosthetics at a public hospital. Until recently, Murillo, a 51-year-old trans woman, had never received dental care. “There are still a lot of differences, a lot of prejudices,” she says. “Because of the way I am, there are places where, no matter how often you go, they’ll just make up excuses to avoid you, to not help you.”

Juan Sotelo, technical equipment consultant with the Ministry of Health’s Dirección de Respuesta al VIH, ITS, Hepatitis Virales y Tuberculosis, an office that advocates for inclusion in health care spaces, says the ministry provides training to interested centers. But while inclusion is a national policy, Sotelo says, the ministry does not have enforcement powers. Like states, each province can decide whether or not to follow the recommendations.

Cases like Murillo’s and Martínez’s are many now. There has been some progress, Romero says, but more needs to be done to make the health system more inclusive. Many in the community are afraid that with a life expectancy of 35 to 40 years, they can’t afford to wait.

“Social change takes time and nosotras, specifically nosotres and nosotros don’t have time,” Mireles from Bachillerato Popular Travesti-Trans Mocha Celis says, using gender-inclusive pronouns in Spanish. “We don’t have time to wait. … Our heads are full of muertos [the dead].” Mireles’ colleague was murdered just a day before this interview.