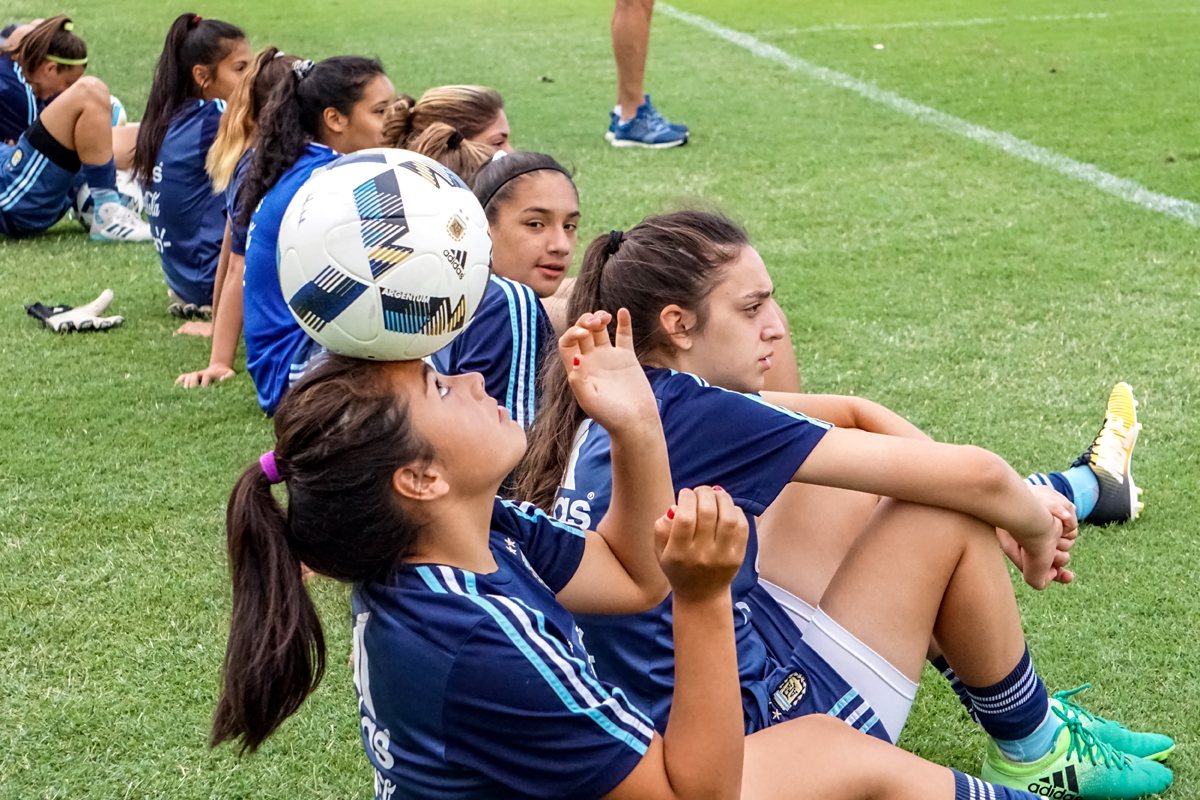 BUENOS AIRES, ARGENTINA — “I loved football, but I had never seen women’s football anywhere,” 19-year-old Luana Muñoz says as she kicks a ball around on the street outside her home in Buenos Aires province.

When she was 13, Muñoz says, she had to beg the boys in her neighborhood to let her join their football games. At school, teachers encouraged girls to play handball instead of football to avoid injuries, she says.

But a year later, Muñoz began playing professionally as a member of Argentina’s under-17 women’s football team. Before that, she didn’t know this team existed, because of minimal coverage in local media. Though pursuing her passion, she says it has been difficult for her and her teammates to develop their craft and gain exposure among the country’s football fans.

Football is one of the most popular sports in Argentina. But women pros and coaches say they are underserved, and opportunities for growth are limited. 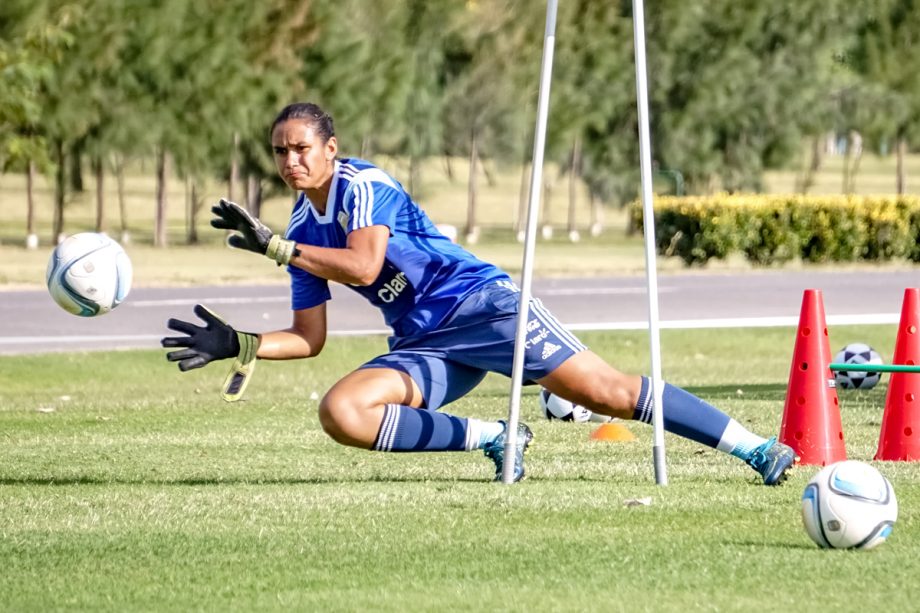 Florencia Chiribelo, goalkeeper of the national women's team, practices on a football pitch at the Argentine Football Association offices in Ezeiza, a city in Buenos Aires Province.

While women’s football continues to grow in popularity globally, with an increasing number of registered players across Europe, according to a 2017 report from the Union of European Football Associations, women see little representation in Confederación Sudamericana de Fútbol (Conmebol), South America’s football federation.

There is no official data on the total number of women football players in Argentina, but Asociación Femenina de Futbol Argentino, a local organization advocating for development in women’s football, estimates that 1 million Argentine women played the sport either professionally or for leisure in 2017.

Some who play football professionally say it is often difficult to make a living from the sport. In September, members of the national women’s football team went on a two-week strike to force the Asociación del Fútbol Argentino (AFA), the organization in charge of national football teams, to pay outstanding costs associated with training and to provide them with adequate training facilities and travel accommodations. 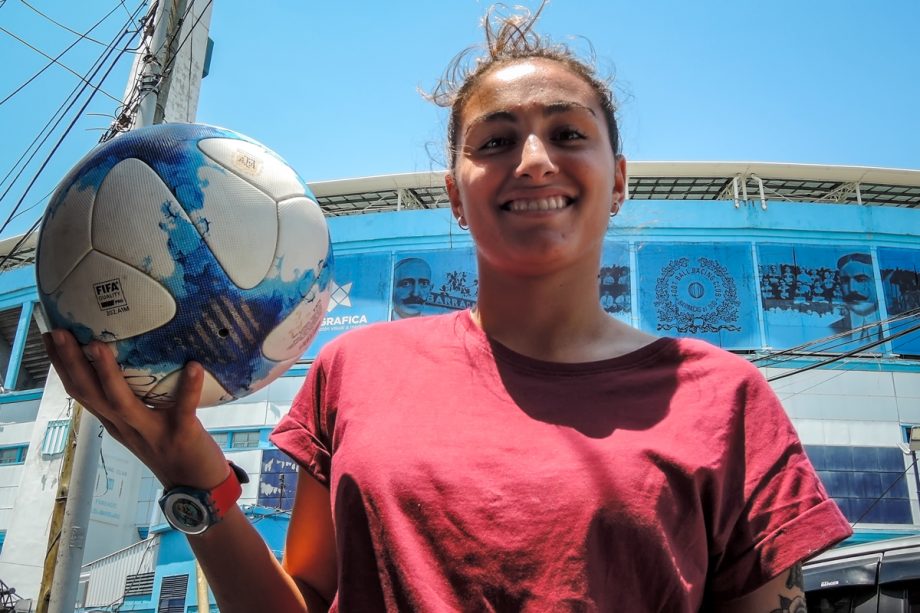 Luana Muñoz, 19, started playing football as a young girl on a cobbled street. She is now a member of the Argentine women's team.

Despite improvements to training facilities, team members have yet to receive payments, access to professional development resources are few, and leadership roles are out of reach, Muñoz says.

Carolina García, founder of #WomenIntoSports, a congress held in 2016 on the topic of female leadership in women’s football, says that frameworks exist to promote women’s participation in local sports teams and executive committees, but these rules are barely enforced by the country’s sports-governing bodies.

FIFA’s four-year women’s football development program, which began in 2015, provides its 209 member associations, including Argentina’s AFA, with resources and tools to develop women football players. But García says it is unclear whether Argentina is taking advantage of the program.

“There still isn’t any transparency, which is why we have to deal with the issue of compliance in football,” García says.

While FIFA recommends that women make up 20 percent of the membership in local football decision-making bodies, García says women’s participation in such roles is significantly lower in Argentina and across South America. Women constitute only 2 percent of the members of football executive committees that belong to Conmebol, the regional football federation. 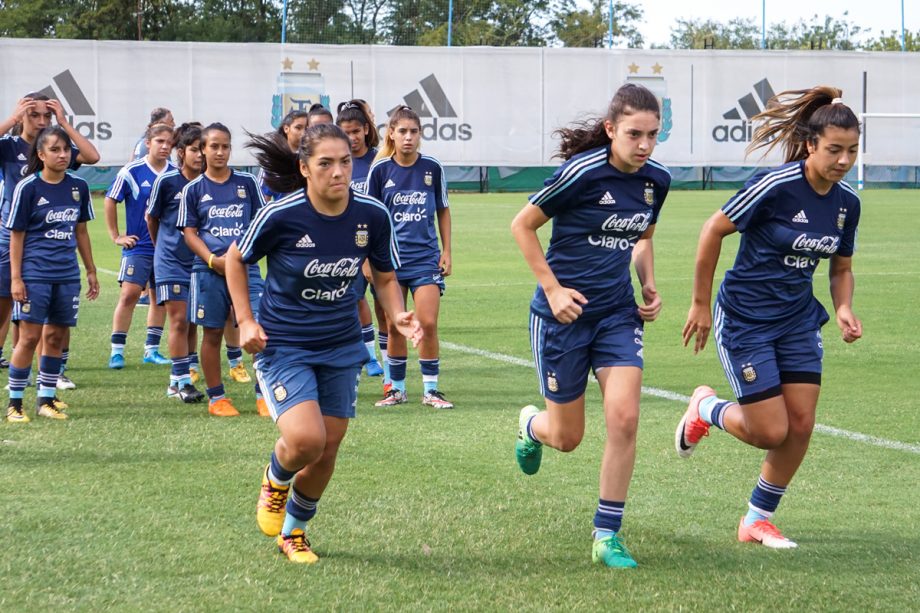 Ricardo Pinela, president of the AFA division that oversees women’s teams, says that despite delays in travel payments due to administrative issues, his organization is developing a strategic plan to train women to become managers in local football decision-making bodies and to create exposure for players.

“In the plan, the development of managers for women’s football, specifically women, is being contemplated,” he says. Tournaments between women’s football teams are locally televised each week to increase exposure for professional players, he adds.

The plan will begin this year, but Pinela says his organization is discussing its duration.