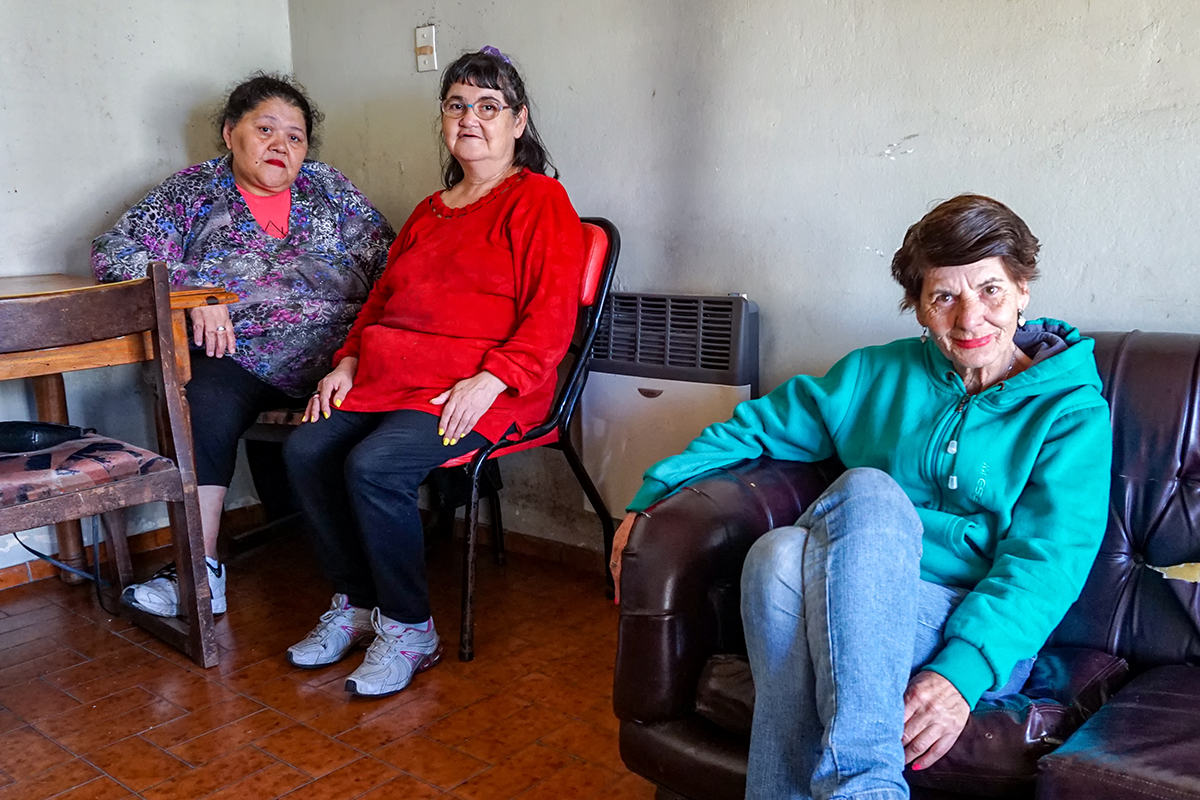 BUENOS AIRES PROVINCE, ARGENTINA — A thick film of dust, mold and feces plasters a toilet bowl that was once a brilliant shade of white, and flies buzz directly above. There is no toilet paper or water to get rid of the filth and no breeze to clear the foul smell that fills the open-air toilet cubicle shared by 20 women. Old, dirty toilets are a common sight at some psychiatric facilities in Buenos Aires Province. The bedrooms are no different.

Rosa Hernández spent much of her adult life at a psychiatric hospital – dazed. The 49-year-old says it’s been 14 years since she was forced to live in unsanitary conditions.

The memory is still vivid, but some things have changed since then. Hernández is meticulous about appearances and more so about making memories. Her home has clean countertops, often wiped down with bleach; a well-arranged bathroom cabinet with cosmetics; and a quaint dining area where she shares meals with her four housemates, whom she met at the psychiatric facility.

“I never thought that I was going to be able to live in a house in my life,” she says contentedly. But her reality remains out of reach for many, she says. 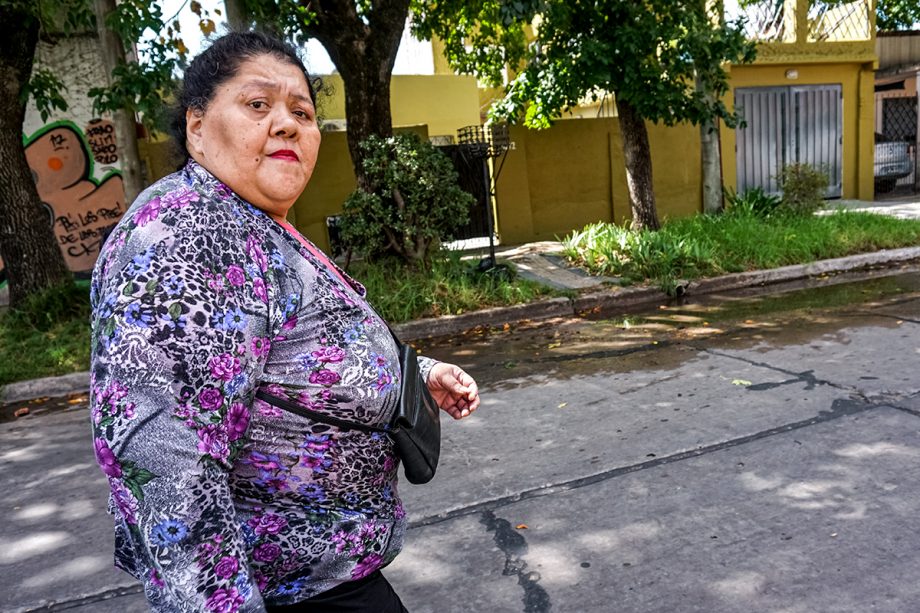 Rosa Hernández takes a walk through her neighborhood in Temperley. These walks have become a part of her daily routine and allow her to reflect on life, she says.

Although global experts have cited Argentina for its progressive mental health framework, limited spending has contributed to poor treatment and years of social seclusion for patients in some of the country’s psychiatric hospitals. Life beyond these facilities is equally arduous, advocates say. But mental health professionals and local civil organizations are working to support newly released patients and some who remain confined.

Between 2001 and 2010, when the South American country’s mental health law was adopted, care gradually transitioned from being hospital-based to being community-based, a move that some experts say sought to end inhumane treatment and the stigma against mentally ill people who were hospitalized. During those years, the number of beds in state-run psychiatric facilities was reduced by 51 percent, according to a 2015 study published in BJPsych International, a mental-health journal.

In 2013, a mental health policy was created to complement the law. It includes guidelines for short-term hospitalization and rehabilitation of patients. But implementation has been slow, and not all mental health workers and psychiatric hospitals are complying with the law, says Celeste Fernández, coordinator of Discapacidad y Derechos Humanos de la Asociación Civil por la Igualdad y la Justicia, the disability and human-rights division of a local nonprofit for equality and justice.

“The law has not been widely implemented,” she says.

Minimal spending on mental health has made some psychiatric facilities inadequate. Under the 2010 law, a minimum 10 percent of the national budget for health must be used for mental health. Since 2015, this standard has not been met. This year, the budget for mental health is expected to decrease by 13.5 percent from the previous year, according to a report from Asociación Civil por la Igualdad y la Justicia, the local nonprofit. 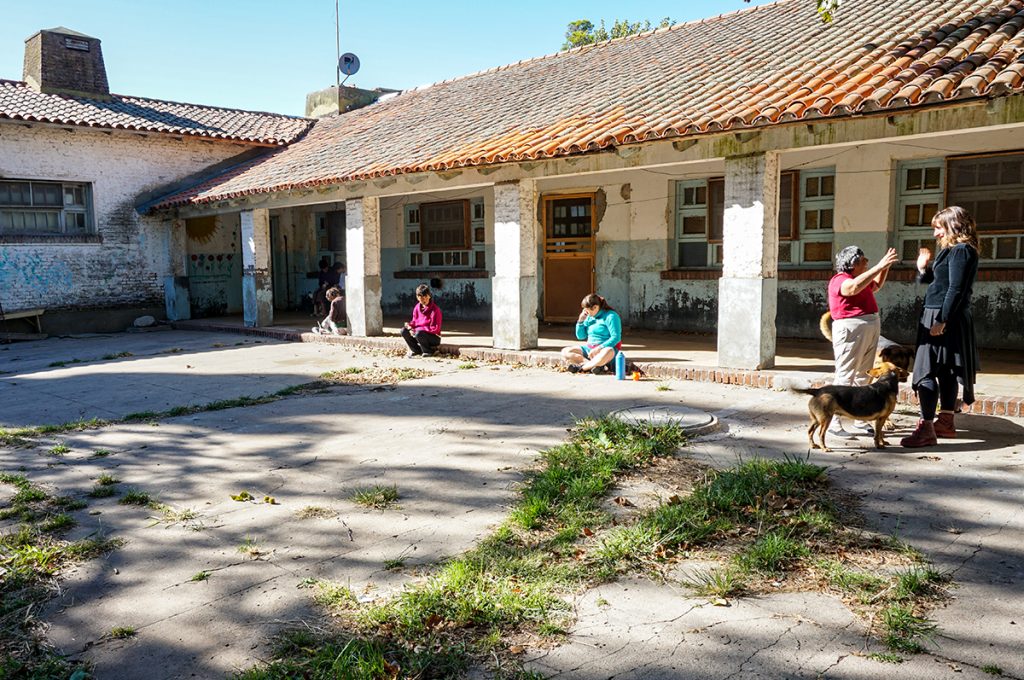 Patients sit in the patio area of Dr. Alejandro Korn Hospital, a psychiatric facility on the outskirts of the city of La Plata in Buenos Aires Province. 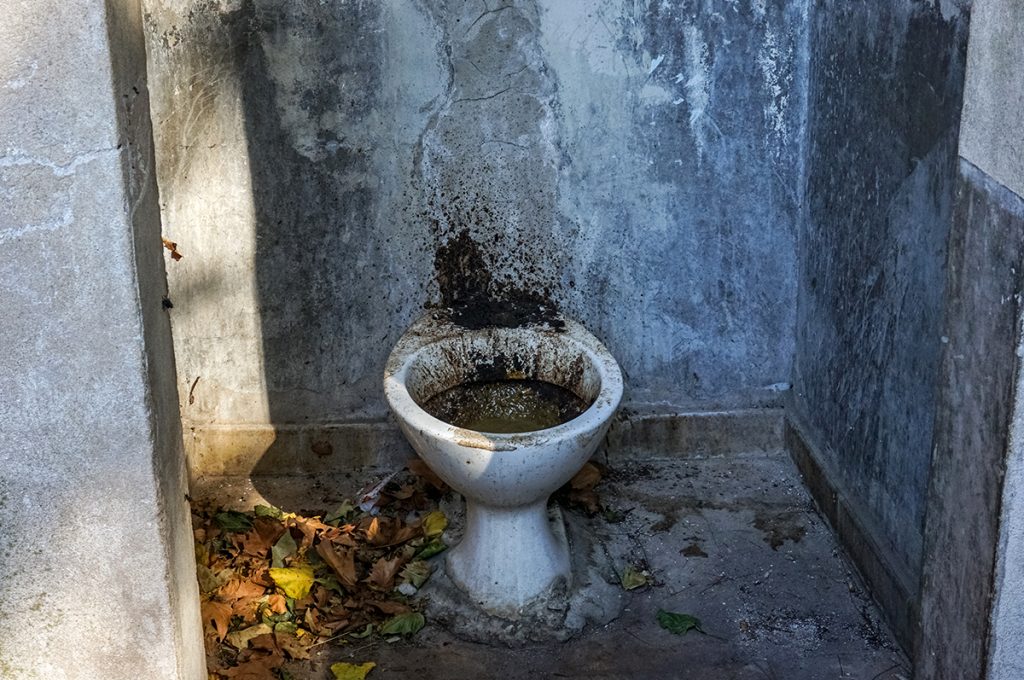 There is available data on mental health expenditure, but the number of people in the country’s psychiatric facilities is unknown, says Macarena Sabin Paz, the coordinator of mental health at Centro de Estudios Legales y Sociales, a local-human rights organization. A census of the mentally ill population in Argentina’s psychiatric hospitals, a group of people that Sabin Paz and other advocates call national mental health system users, has yet to be conducted, even though the 2010 law required that one be done within 180 days of enactment.

The Dirección Nacional de Salud Mental y Adicciones, the government agency in charge of this task, did not respond to multiple requests from Global Press for comment.

Hernández was admitted to a psychiatric hospital at age 18 and left at 36. She says the facility was crowded. There are many patients who are not harmful to themselves or others but who are kept in the hospitals and given drugs, she says. Hernández was one of them.

“When I was inside, I would drool and would fall asleep all the time,” she recounts. “Sometimes, I would walk around naked, and I wasn’t even aware.”

The mental health law permits involuntary hospitalization only under special circumstances, including cases in which patients demonstrate imminent risks to themselves or others. But some who are hospitalized, though fit for release, do not make it out of these hospitals because they don’t know their rights, Sabin Paz says. 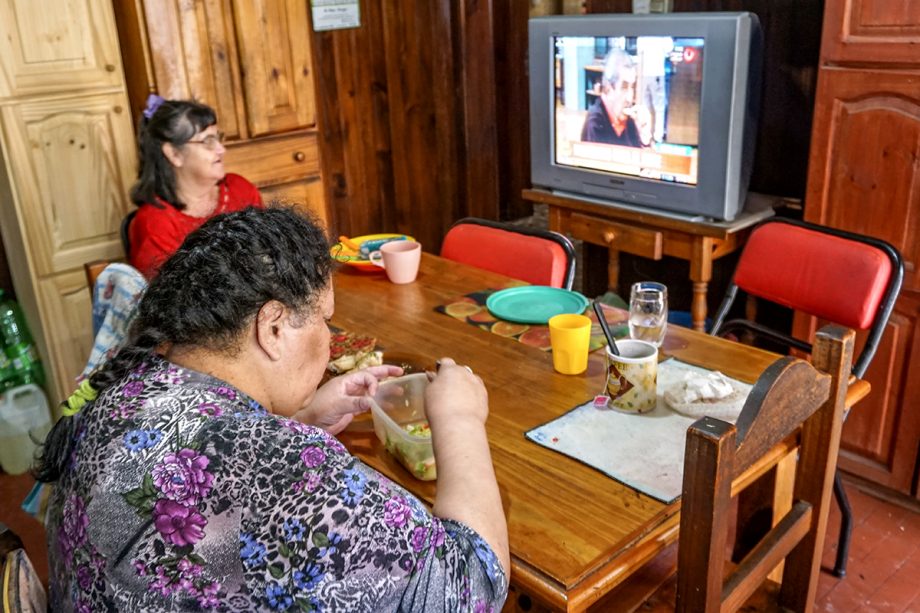 Blanca Monardi (left) and Rosa Hernández eat lunch in the dining room of their Temperley home.

Patients have the right to legal counsel and the right to request release, Sabin Paz says. But such appeals are seldom considered.

“A person who is in jail can ask that their sentence be commuted,” she says. “A person who is confined [in a psychiatric hospital] doesn’t even know that they have the right to see a judge, and if they do it, their word is not taken into account and is stigmatized.”

Local organizations are trying to solve these problems and others that mentally ill people face in the country. María Rosa Riva Roure is a psychiatrist and general coordinator of a rehabilitation program at Dr. José A. Estévez Hospital, a psychiatric facility. Through her work, those who live or have lived at the facility are trained on how to find formal jobs and negotiate pension and retirement plans, so they can be self-sufficient.

Other efforts to assist this population are being led by the Órgano de Revisión de Salud Mental, a mental health review body. This year, the government-run organization will begin supervising funds allocated to the mental health sector to ensure proper use and will begin monitoring facilities to make sure staff members comply with the country’s mental health law, says María Graciela Iglesias, the executive secretary.

“A few months ago, there were only small traces of the implementation of the law,” she says. “Right now, there is a decision to implement it in specific functions, like the census, that we are starting to supervise.”

In previous years, this task has been close to impossible, because the mental health review body was focused on ending treatments such as electroshock therapy in some facilities, she says. 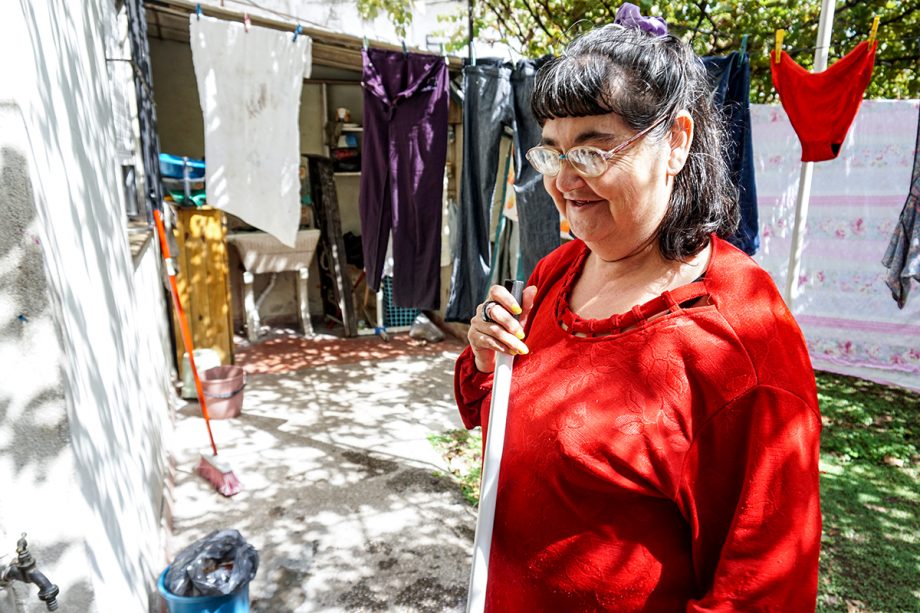 Blanca Monardi, a friend and housemate of Rosa Hernández, cleans the backyard of their home in Temperley, an area in the Buenos Aires Province.

The program offered by Riva Roure and her colleagues is free of charge. Hernández and her four housemates were beneficiaries of this program. Before leaving the psychiatric facility in 2004, Riva Roure says, they were taught to cook, clean, manage money and use public transportation.

Hernández says she managed to find an informal job, thanks to the program. She works as a janitor at a clinic.

Finding a house can be particularly difficult for former patients, too, Riva Roure says.

“The matter of renting houses has always been complicated,” she explains. “At the beginning, the women who left the hospital didn’t have their own income,” she says. Riva Roure assisted Hernández and her housemates in finding a house to rent in Temperley, an area in Buenos Aires Province.

“There are people who have never lived in a house before,” she continues. “In the mental hospital, not only skills are lost, but also people’s personal story is lost.”

For Hernández, using silverware had become a distant memory.

“We were at the table, and they were eating with silverware,” Hernández says. “I ate with a spoon like in the mental hospital. Then Mónica [one of her housemates] says to me, ‘Rosita, we are at home now; here we eat with a fork and knife.’” She paused. 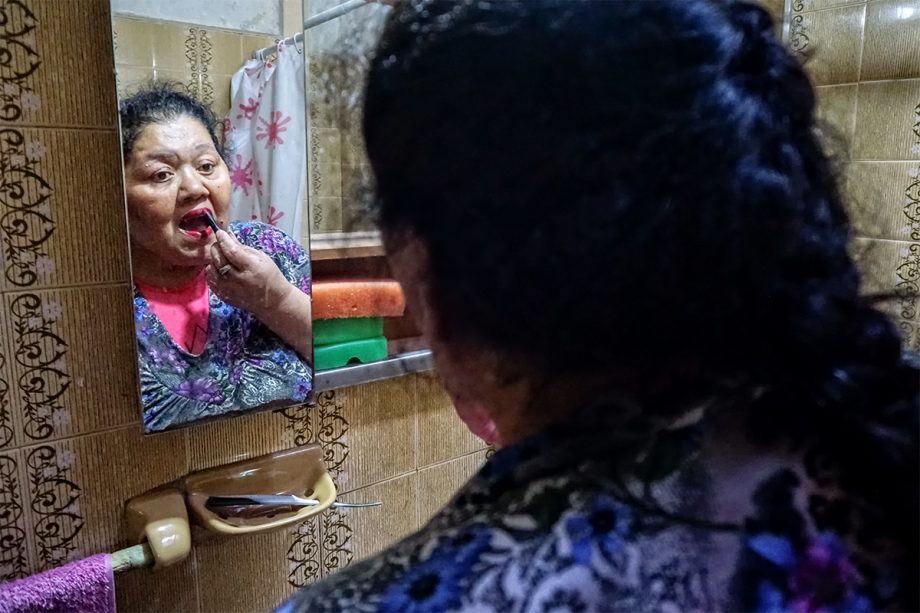 Rosa Hernández touches up her lipstick. Hernández says she enjoys taking care of herself, since she was unable to do so in the psychiatric hospital.

Editor’s note: The last names of Mónica and Susana have been omitted from the story to protect their identity.