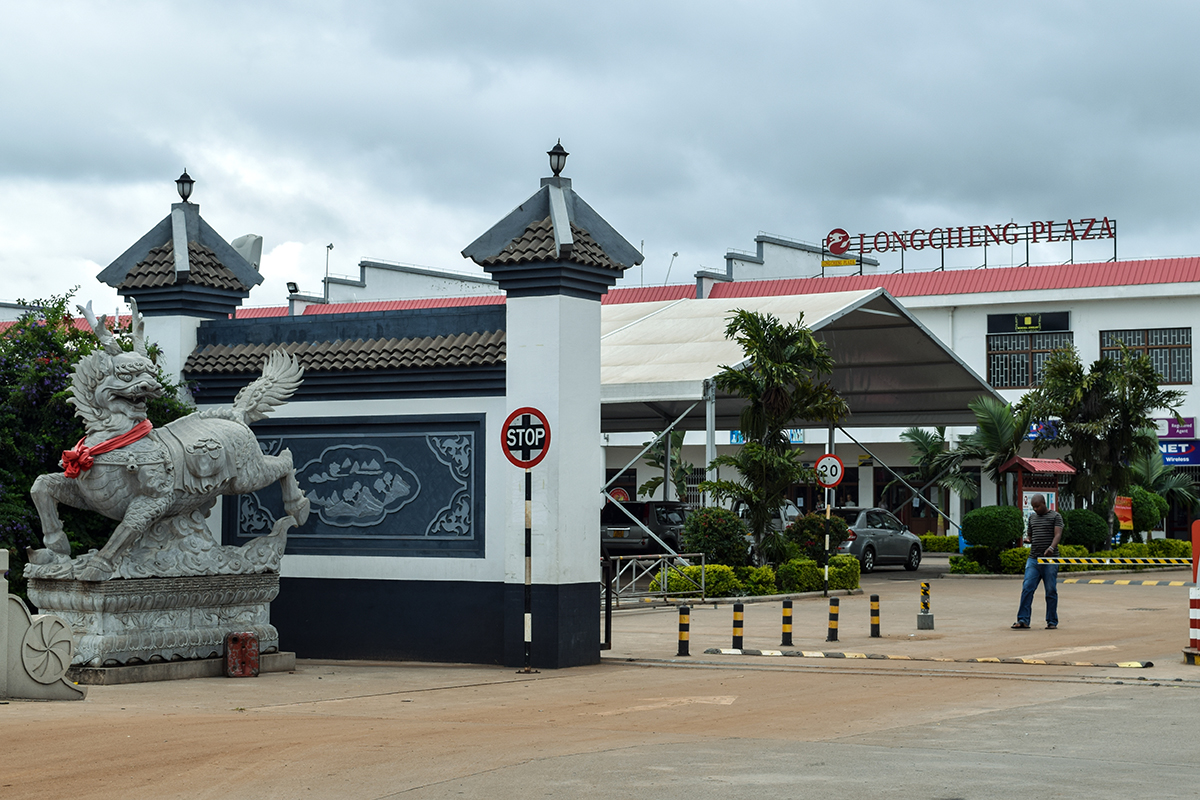 HARARE, ZIMBABWE — An enormous shopping mall sits along the Harare-Bulawayo highway. Before the mall opened in late 2013, the area was an open, green space with grass and tall reeds. It’s a wetland, critical for refreshing aquifers below the surface and for managing surface water, as well as for supporting the ecosystem.

But the area’s wetland designation didn’t slow the mall’s construction. Wetlands across Zimbabwe are steadily being filled in to accommodate major developments, even though it’s illegal to build on wetlands anywhere in the country.

The law regarding wetlands preservation is comprehensive, says Julia Pierini, coordinator of the Harare Wetlands Trust, but that’s not enough.

“One of the main missing things is the will to protect the environment,” Pierini says. “People’s personal agendas are coming in.” 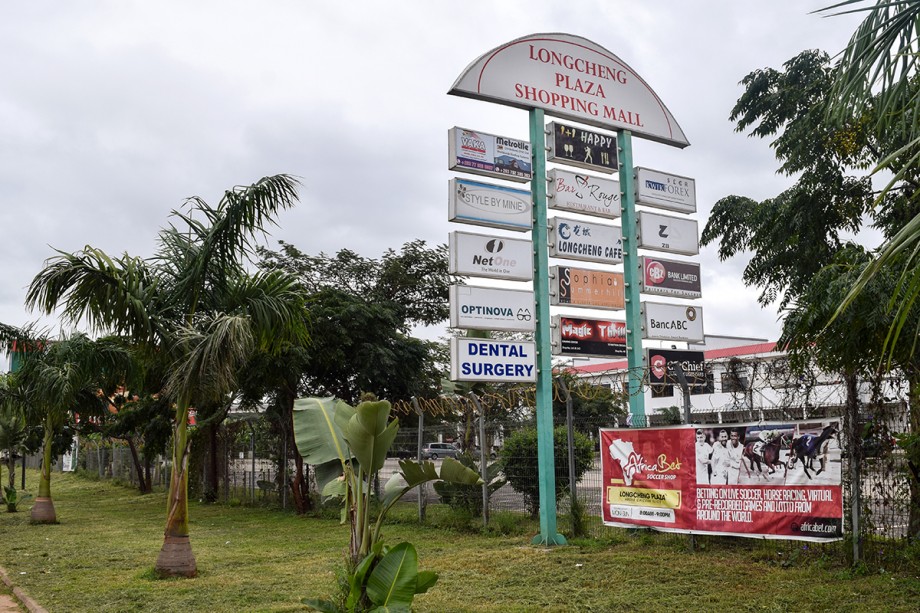 Environmentalists in Zimbabwe worry that developments on wetlands, such as Longcheng Plaza, shown here, will have serious ecological consequences.

The mall, called Longcheng Plaza, mimics a Chinese architectural style, reflecting the tastes of its Chinese owners. An elaborate archway with pagoda-like details marks the entrance. There are grocery stores, restaurants, furniture shops and other retailers, which attract shoppers from around the region.

Longcheng Plaza doesn’t hold an environmental certification from the Environmental Management Agency, says Steady Kangata, environmental education and publicity manager at the agency. That means the development is illegal, he says, but the developers haven’t faced any consequences.

Kangata declined to show Global Press Journal documentation of the development’s lack of certification because, he says, those documents are classified.

GPJ contacted the mall’s management office multiple times via phone, but the owners declined to meet with a reporter. A representative of the management office, who did not provide her name, told GPJ that the owners observed “all due processes” during the course of construction.

Wetlands account for just less than 5 percent of Zimbabwe’s land area. Most of the wetlands are covered at least seasonally by marshy lakes and ponds known as vleis. Zimbabwe has nowhere near as much wetland area as some of its neighbors. In Zambia, for example, 19 percent of the land area is wetlands. But Zimbabwe does very little – and sometimes nothing at all – to protect the wetlands it does have.

It’s not clear whether the Zimbabwean government is tracking where wetlands are being filled in. If so, that information isn’t publicly available.

One of the main missing things is the will to protect the environment. People’s personal agendas are coming in.Julia Pierini, coordinator of the Harare Wetlands Trust

It is illegal to build on wetland areas without approval from Zimbabwe’s Environmental Management Agency. Any activity conducted on or in a wetland without a license from the agency is considered illegal, and violations are punishable by a fine of up to $500 or imprisonment.

But in reality, there are few consequences, if any, for such development.

Land ownership and use are, in many instances, used as political tools in Zimbabwe. Former President Robert Mugabe, who led the country from 1980 until late 2017, worked throughout his political career to ensure that the best land was reserved for black Zimbabweans. In the 2000s, those efforts turned violent, as white commercial farmers were ousted by black Zimbabweans, with the government’s tacit approval. Many of those farms ultimately wound up in the hands of Mugabe’s top officials.

“Land has always been viewed as a campaign tool,” says James Maridadi, who until elections this year was a member of Parliament for Mabvuku and Tafara, areas of Harare that include wetlands.

Maridadi says he hopes that Emmerson Mnangagwa, Zimbabwe’s newly elected president, who had for decades been a key adviser to Mugabe, will respect the laws governing land use.

Mnangagwa hasn’t spoken much, if at all, about the country’s environmental priorities.

Longcheng Plaza is a well-known example of a development on a wetland, but there are many smaller examples, too, says Jimmy Muropa, a member of the Conservation Society of Monavale, a Harare suburb. Together, these developments encroach on the nation’s important water sources, he says. But even the Environmental Management Agency is powerless, he adds. 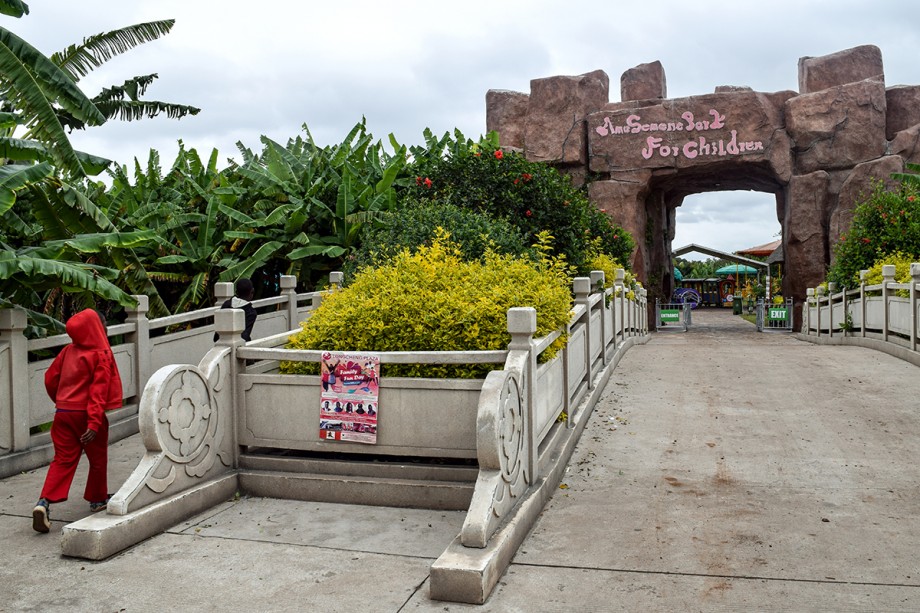 Development on wetlands is common in Zimbabwe, despite laws prohibiting it. Longcheng Plaza, shown here, was built on a restricted wetland area.

Part of the problem is that developers can hire firms to complete environmental impact assessments (EIA), which are required before construction begins, says Ronnie Chirimuta, a member of Marlborough Environmental Action Group.

“Chances are very high that someone who would have been paid to do the EIA does what the developer wants, and that influences the EIA processes,” he says.

The Environmental Management Agency should complete EIA reports, he says.

“The long-term effect is that groundwater levels are receding,” he says. “The other thing is that, when it rains, the floodwaters carry sand with them, and with nothing to stop them, it causes siltation.”

In the case of Lake Chivero, a massive reservoir west of Harare, construction on wetlands has resulted in siltation, he says.

The lake is now 20 percent silted and may soon be unusable as a water source, he says.

This problem can be solved, Magadza says, if current laws are enforced.

“If you break the law for environmental issues, there is no penalty,” she says. “You just get away with it.”