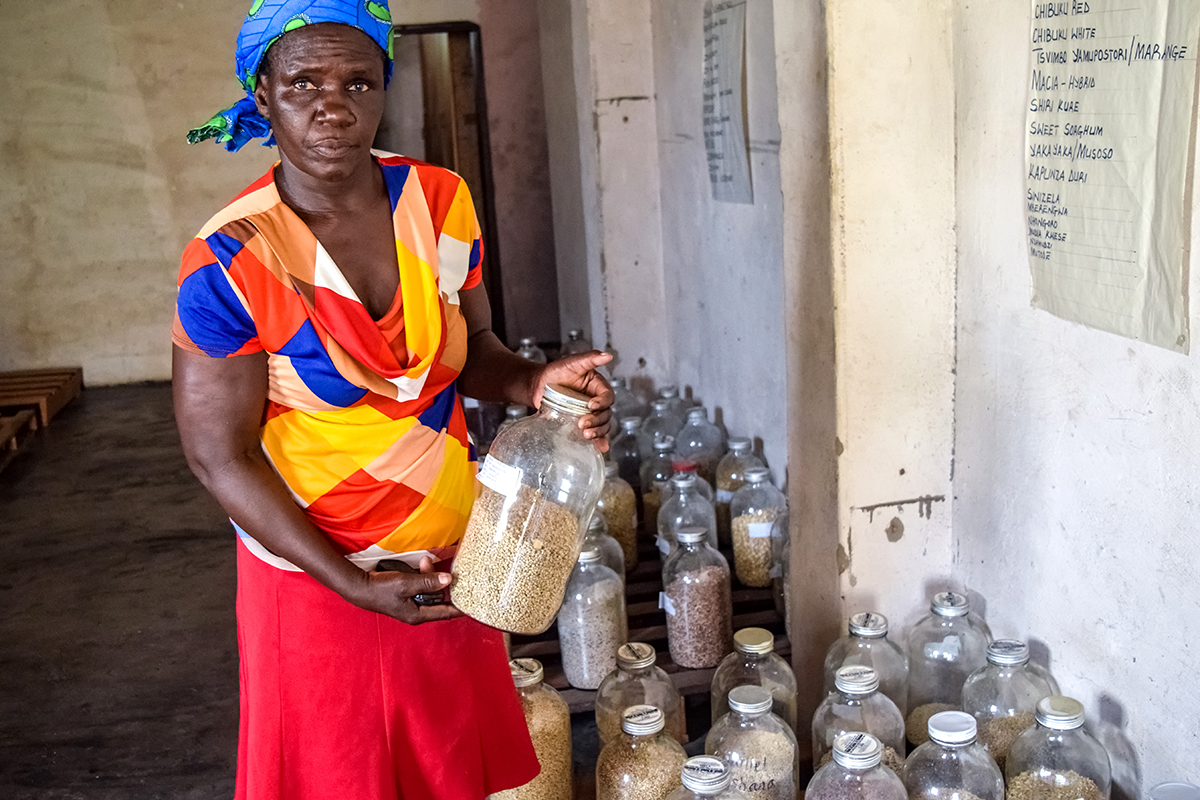 PFUNGWE, ZIMBABWE — Emma Kutama’s eyes scan the colorful mounds of seeds that she’s set out to dry in the sun. For the past few years, the rural farmer has been collecting millet, sorghum, okra and maize seeds, among others, to store in a community seed bank. Kutama, who lives in Chibika, about 210 kilometers (130 miles) northeast of Harare, Zimbabwe’s capital, says the village relies on the seed bank when rain is scarce.

“Recently, we experienced a dry season, and we had to replant,” she says. “The seed bank was of help, since we didn’t have to buy seed.”

Rain-fed crop farming is common among Zimbabwe’s farmers. But erratic rainfall and extended dry seasons make the job a difficult one. While the government has developed strategies to adapt to climate change, small-scale farmers in the district of Pfungwe say they’ve built their own climate-friendly, cost-effective solution: a storage place for seeds.

Across sub-Saharan Africa, farmers are seeing decreased crop yields due to rising global temperatures, experts say. In Zimbabwe, a semiarid country, daily minimum temperatures have risen by approximately 2.6 degrees Celsius (36.7 degrees Fahrenheit), while daily maximum temperatures have risen by 2 degrees Celsius (35.6 degrees Fahrenheit) over the last century, according to the Zimbabwe Meteorological Services Department. Rainfall patterns have also evolved, with an increase in the proportion of low-rainfall years and with some rainy seasons beginning later than expected. 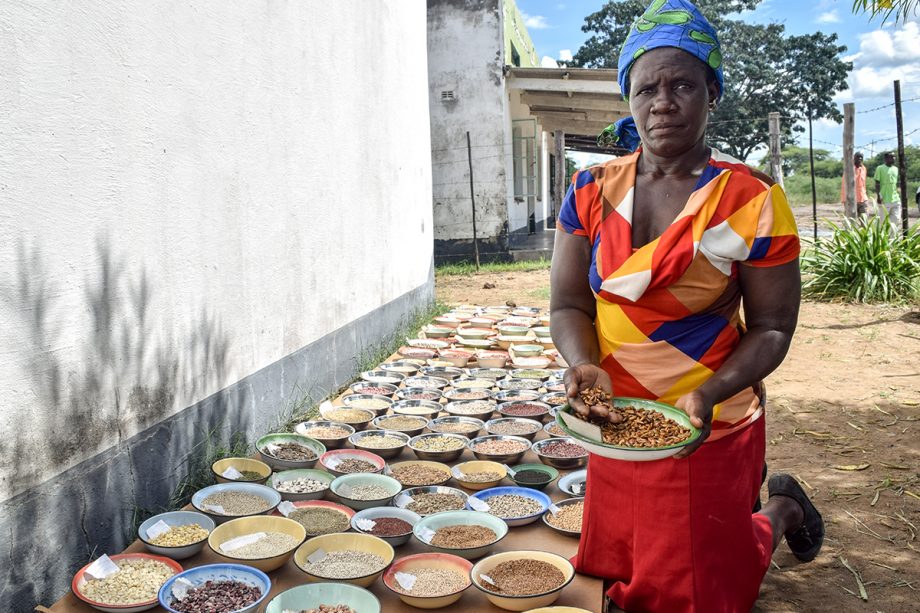 Outside the community seed bank in Pfungwe, Takaitei Chindoku, a farmer and seed bank committee member, shows off seeds for 12 different crops.

Only 37 percent of the country receives rainfall adequate for agricultural activities, according to the Ministry of Lands, Agriculture and Rural Resettlement, even though the economy is driven by agriculture, especially grain farming.

The U.S. Department of Agriculture reports that grain production in Zimbabwe, peaked during the 2016-17 agriculture season, because of above-normal rains, and the agency predicted increases in production for the 2017-18 season. But analyses from the Food and Agriculture Organization, a U.N. body dedicated to eradicating hunger, indicate otherwise: This year, production could be lower due to below-average rains.

By 2080, areas suitable for maize cultivation will decrease, according to a 2012 report from the International Institute for Environment and Development. Corn crops, a staple in Zimbabwe, account for 2.7 percent of the country’s total imports, according to the Observatory of Economic Complexity at the Massachusetts Institute of Technology.

Now that maize is increasingly hard to grow, farmers and residents of Chibika are working together to increase the supply of other crops. The seed bank contains seeds for 12 crops, says Takaitei Chindoku, one of the bank’s 12 committee members. Chindoku started as volunteer, cleaning the bank, a year ago.

Lloyd Jamali, who heads the committee, says farming seasons in Chibika are getting shorter, so residents are using small-grain seeds, including millet and sorghum, for their food and farming, because these crops take less time than maize to grow.

In some parts of the country, low rainfall stops all farming activities. But in Chibika, farmers continue to plant even when there’s little rain, because they have different seed options, says Dorothy Chiota-Nzirawa, a local government official.

Only 37 percent of the country receives rainfall adequate for agricultural activities, according to the Ministry of Lands, Agriculture and Rural Resettlement, though the economy is driven by agriculture.

“The hybrids that we were growing were not reaching full maturity, and we decided to grow plants that require less water,” she says of the most recent farming season, which included a 46-day period without rain during December and January.

The bank, built 12 years ago with assistance from Zimbabwe’s Community Technology Development Trust (CTDT), an organization promoting sustainable farming, has a total of 2,000 members, 346 of whom contribute seeds regularly, Chiota-Nzirawa says. Families and individuals bring their seeds to the bank in small quantities or in bulk, and the families are required to pay a yearly fee of $2 to the committee for upkeep of the bank, she adds. The seeds are then inspected by officers from the government’s Agricultural Technical and Extension Services, to ensure that they are fit for storage and future use. Nonmembers also have access to the seed bank at no charge.

Rachel Muzarabani, who contributes to the bank regularly, says it contains grains that are nutritious but increasingly hard to find and cultivate in some parts of the country.

“This has helped us revive the growing of small grains,” the farmer says. “The small grains have enabled me to provide a balanced diet for my family.”

Mbozi says such storage systems are also cost-effective for small-scale farmers, who don’t have to spend large proportions of their profit buying seeds each farming season.

Despite the benefits, seed banks aren’t common among Zimbabwe’s rural farmers. Typically, farmers store seeds, but not as many as a seed bank can hold, Mbozi explains.

Educating farmers about the benefits of seed banks is one of the organization’s priorities, he says. CTDT is working with farmers across the country to increase the number of banks, Mbozi adds.

“We have established seven community seed banks with the assistance of community members,” he says. “We are currently constructing two more seed banks.”