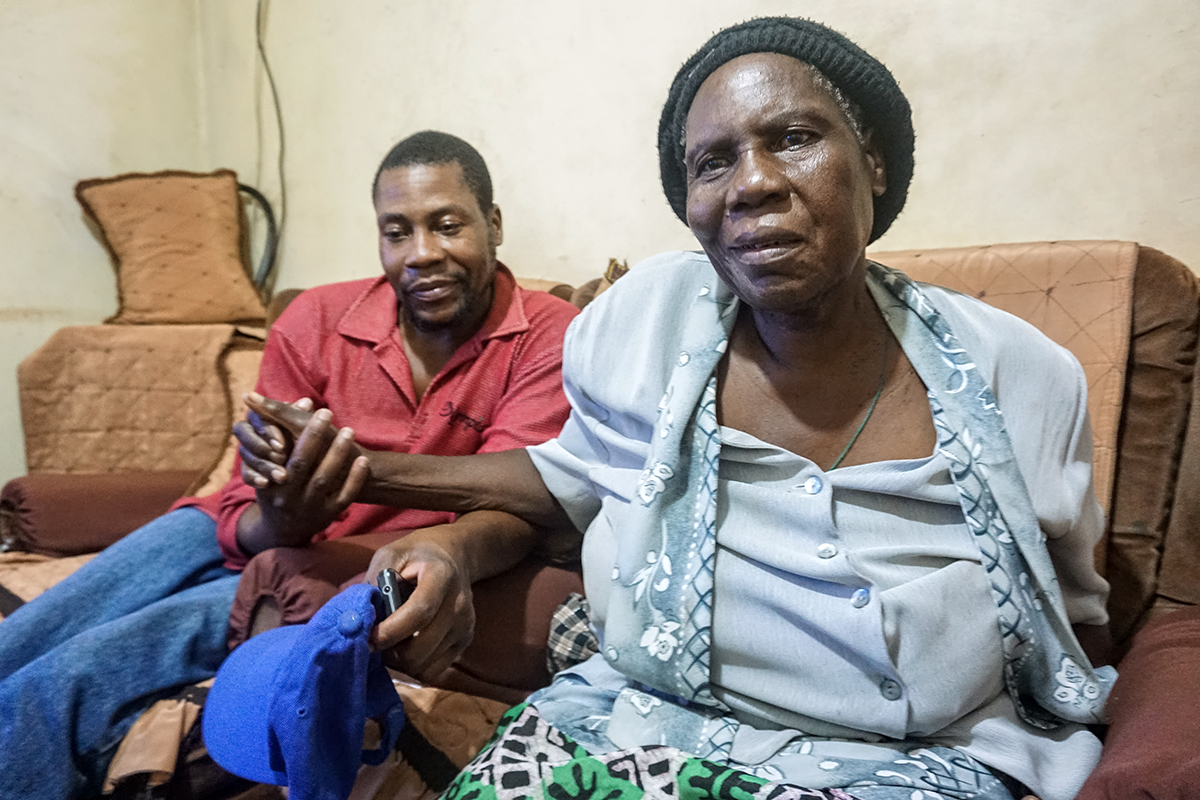 Gringo, the titular character of one of Zimbabwe’s popular comedy series, was good at two things: landscaping and playing pranks on the people who hired him. Boora played Gringo’s character for the duration of the show’s run.

In between seasons, he made appearances in films and drama series such as “Chihwerure” and “Yellow Card.”

One of the perks of being an actor in that era was that the pay was stellar, Boora says.

“Long back, l managed to build my rural house and take care of my family through the acting career,” recalls the father of six.

Not anymore. Acting gigs don’t come often these days, and when they do, the compensation is not much, he explains.

Zimbabwe is in a deep economic crisis, and the film and television industry has taken a heavy hit. The industry’s household names are no longer earning as much as they used to. Now, they say they have no choice but to turn to odd jobs to survive or rely on others for support.

Boora, like some of the country’s well-known actors and actresses, garnered acclaim in the second decade of independence. In the first decade, the government made keen efforts to develop the local film industry, notes Professor Nyasha Mboti of the University of Johannesburg in his 2014 study on film in post-colonial Zimbabwe.

The government also convinced Hollywood filmmakers and entertainers to come and work in Zimbabwe. In 1985, five years after the southern African nation gained independence, the now-defunct Hollywood company Cannon Films shot “King Solomon’s Mines” in Zimbabwe. The action-packed movie follows an American adventurer on his quest to find a hidden treasure.

The movie, budgeted at $7 million, had a gross return of about $80 million. It also featured local actors, according to a 1992 article in the Journal of Popular Film and Television by Kedmon Hungwe, a Zimbabwean film expert.

The government also struck up a partnership with U.S. motion picture production giant Universal Pictures. The company was responsible for producing the 1987 feature film “Cry Freedom,” and the government put forward $5.5 million to make it happen.

But authorities said there was no significant return on that investment and scaled back on funding feature film productions. That’s when it started to become difficult to find work in the industry.

Now, it’s even harder to land a job as an actor, says Ben Mahaka, a film producer and actor. Cash shortages, high prices and recent monetary reforms have all contributed to this challenge in some way.

“The tough economic climate has meant that budgets had to be cut for most [film] projects,” Mahaka explains. “Many cinemas have been turned into church venues and piracy is rampant, so filmmakers struggle to get a return on their investment.”

Minimal return means that those starring in productions don’t get much money, he says.

Rhoda Mtembe, who decades ago played Mai Sorobhi on the drama series “Paraffin,” says that’s why she’s left acting behind.

“[In] those days, l could actually get a lot of money and look after my family,” she says. “Our producer at that time never wanted us to suffer and l managed to buy property and my house.”

Mtembe went from being the breadwinner of her family to relying on close relatives to survive.

“As of now, my survival is a struggle and the economy is bad,” Mtembe says. “People are shocked to see me and what l have become, considering what l was in the past.”

Steven Mtembe, her son, says he is proud of all that she’s achieved. But it’s been difficult to watch her first love – acting – slip away from her.

“Over the years, we have seen her career shift as she did less and less acting jobs,” he says.

Boora too, has put acting on the back burner. Now, he earns a living as a master of ceremonies. Some months, he’s hired for two or three events, he says. Other months are less busy.

Boora’s dilemma is not unique to Zimbabwe’s veteran actors.

“There are many good actors who have abandoned acting and are working in professions that they do not like because acting in Zimbabwe is synonymous with poverty – very visible poverty,” Mahaka says.

Reviving the industry requires empathy from local film and TV producers, he says.

“Because acting roles are few and far between, actors’ fees should take into account the sporadic nature of their employment,” he says.