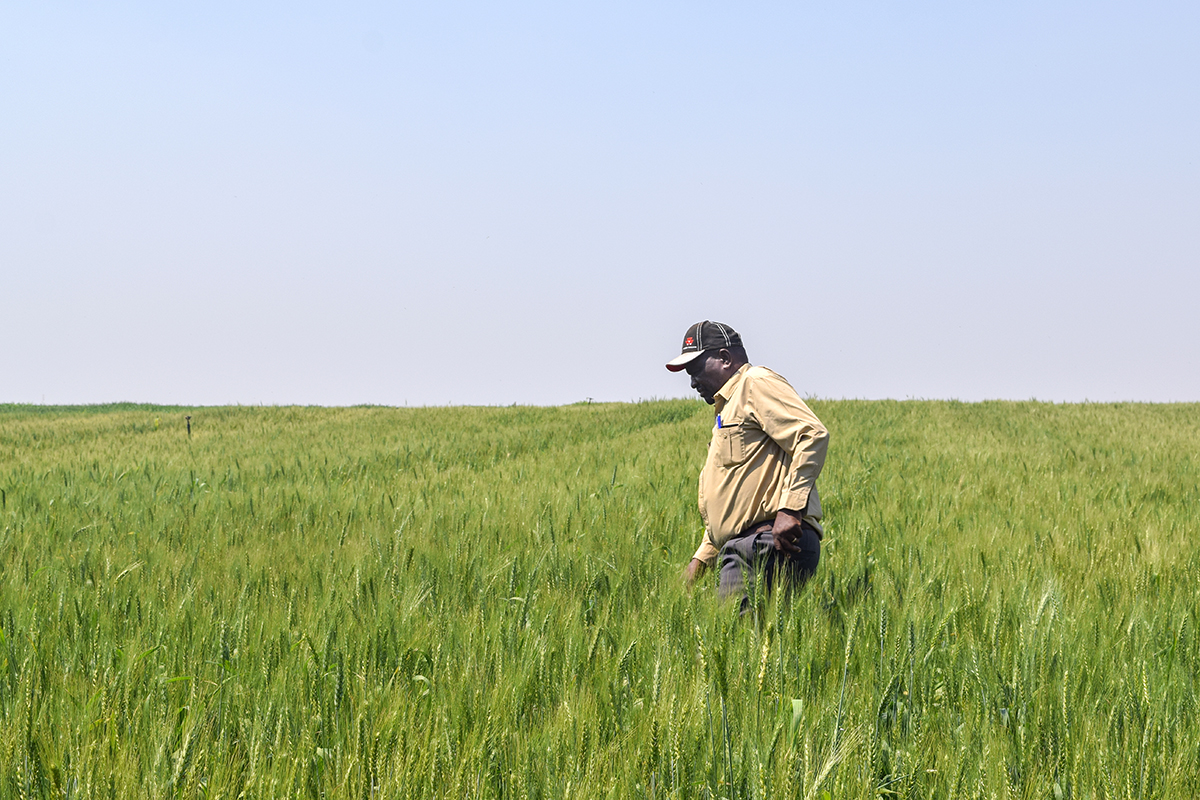 BINDURA, ZIMBABWE — On the outskirts of town, Blazio Dengu grows maize, soybeans and wheat on more than 60 hectares (148 acres) of land.

Dengu expects high yields this year, but he worries that he might not be able to profit from them.

Like many commercial farmers in Zimbabwe, Dengu does not have a title deed, lease or any other document that proves he owns the land where he lives and farms. He has a letter, datedApril 29, 2003,from the government stating that the land was offered to him, but he doesn’t have anything to prove that he took the government up on that offer.

At any moment, he says, the government could give the land to someone else, the same way the land was given to him.

The government’s offer was part of a major program called the Fast Track Land Reform, which sought to redistribute Zimbabwe’s large commercial farms, primarily owned by white farmers, to black farmers. Land repossessions in 2000 and 2001 turned violent as groups of Zimbabweans loyal to then-President Robert Mugabe ousted white farmers and their families, killing some. Black farmworkers, too, were not immune from the violence. Human Rights Watch reported in 2002 that 26 farmworkers were killed in June 2000 alone. (Zimbabwe’s volatility continues to this day. There have been widespread protests in recent weeks over high fuel prices, to which the government responded with deadly violence, killing at least five people, according to Human Rights Watch.)

Much of the land seized during the land reform program wound up in the hands of government officials and supporters of Mugabe’s ruling political party.

Some land was given to black commercial farmers, but the land-reform program resulted in serious food insecurity across the country, as those who took control of the farms were unable to match previous production. In some cases, that lack of production was due to a dearth of farming skills, but in others, it was because the farmers weren’t certain that their hold on the land was secure.

These commercial farms are known as A2 farms, a term used to describe larger plots of land. 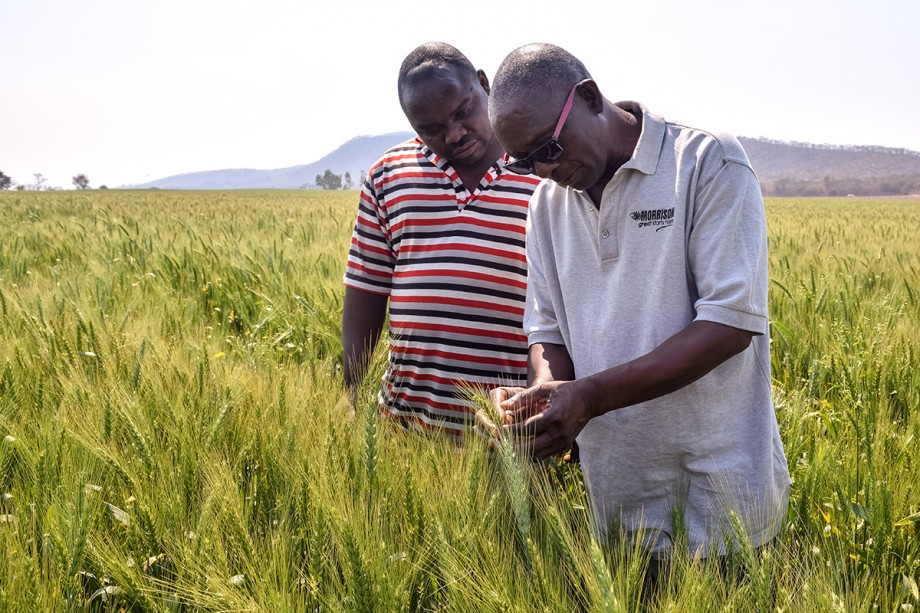 Felix Mazivarimwe and his farm supervisor, Robson Kasinahama (wearing a striped shirt), examine their wheat crop. Mazivarimwe says he’s had to finance his farm by taking out loans, using his son-in-law’s house as collateral.

Researchers with Midlands State University, a public institution, estimate that 15,000 A2 farms were distributed in the early 2000s, and many who received these farms only have offer letters from the government.

In 2006, the government began offering 99-year lease agreements to farmers on A2 land to guarantee some security, according to a written statement provided to GPJ by Ringson Chitsiko, permanent secretary of the Ministry of Lands and Rural Resettlement. At that point, the government stopped offering title deeds on farms, Chitsiko wrote.

In his written statement to GPJ, Chitsiko noted that his office has received 1,400 applications for 99-year leases since 2006, but only 163 leases have been issued.

The process has been delayed because the office doesn’t have the resources to visit each applicant’s farm to determine its value and conduct interviews, Chitsiko wrote.

Even if the lease program worked as planned, it’s still flawed, says Ben Gilpin, director of the Commercial Farmers Union of Zimbabwe.

Farming leases allow the government to control who has access to land, while title deeds for farms, which no longer exist, allow the market determine who has control, Gilpin says. Title deeds empowered the commercial farmers who owned the land prior to the land reform.

Meanwhile, farmers who live on redistributed land say they struggle to finance their agricultural efforts. Most banks don’t loan to farmers who can’t prove that they own their land, Gilpin says.

Even those with leased farms can’t get loans easily, he says. Banks prefer that applicants have title deeds to ensure that the government won’t take the land back.

Without the resources that white commercial farmers had when they owned the land, many of the current farmers have resorted to contracting with companies that give them seeds or fertilizer in exchange for some of the harvest.

Most farmers end up losing more than they earn in such circumstances, Gilpin says.

Dengu started growing staple crops on his allotment after he received his offer letter in 2003. Since then, he says, he’s taken steps to become the legitimate owner of the land. He filled out an application for a 99-year lease, but he’s still waiting to hear back.

“I applied for the 99-year lease, and l received an acknowledgment letter, which stated that I was eligible for the lease, and the surveyor general said he was still working on it, and that was in 2010,” he says.

Now, Dengu says he follows up on the application every two months, but office staff told him that they don’t have the money to inspect his farm.

Felix Mazivarimwe, like Dengu, acquired his farm through the land-reform program, but he has no official documents proving that he owns the 62.37 hectares (about 154 acres) of land. The only piece of paper he has related to the land is an offer letter from the government, dated 2003.

Some Ministry of Lands authorities told him in 2015 that they would come to his farm, but they never arrived, he says.

Without a lease, Mazivarimwe says he has no collateral to get a bank loan, which he would use to cover day-to-day costs on his farm, such as buying fertilizer and seeds.

He says he relies on relatives to keep his business going.

“I have accessed some loans from a bank using my son-in-law’s title deeds to his house … three times in order to finance my farming business,” Mazivarimwe says.