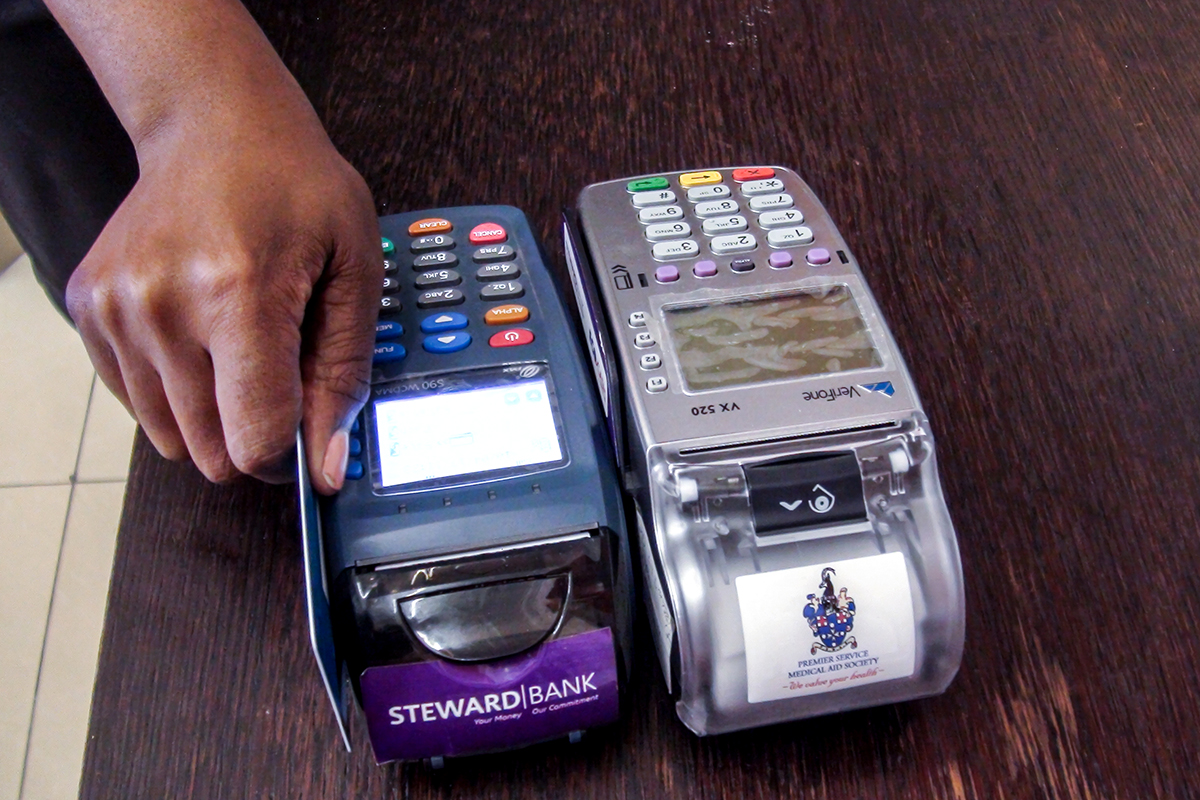 MUTARE, ZIMBABWE— The Reserve Bank of Zimbabwe is pushing businesses and individuals to use plastic money.

“Our profits are little in our line of business of selling vegetables and fruits. POS machine charges will eat part of our profits,” she says, referring to the point-of-sale systems required to use and process debit cards.

There are other consequences for transitioning from cash to plastic.

“If we increase our prices to accommodate the additional charges, people will go and buy in supermarkets,” she says.

Mutetiwa says small vendors have other challenges that are not being considered by the government, which replaced all cash in its banks with bond notes late last year to ease the country’s cash shortage.  For example, many residents are no longer using bank accounts or have never had an account.

“For me, plastic money is not feasible,” says Mutetiwa, who has been a vendor for more than 15 years.

A national cash shortage prompted the introduction of the bond notes, but Zimbabweans still prefer cash for everyday transactions.

Instead of approaching us and hearing how best to go about things, decisions are hurriedly made to cover their backs when they feel a squeeze. Plastic money is not bad, but there should be enough cash in circulation. At the moment there is not enough cash in circulation, which is why people do not want money in the bank. People are struggling to withdraw their money at the end of the day.Andrew Ngondonga, 57, a metalwork engineer in Mutare, Zimbabwe

Richard Chiwandire, vice president of the Confederation of Zimbabwe Industries, says transforming the economy from cash to debit cards, known locally as plastic money, is a challenge because much of the country’s economy is informal.

“The fact that a lot of businesses in Zimbabwe are still insisting on cash payments and have not invested in swipe machines has not helped the cause, either,” says Chiwandire, who is also the finance director of the banana-exporting company Matanuska.

He says debit cards and electronic transfers have many benefits over cash, which is harder to track and harder to tax.

In April, the Reserve Bank of Zimbabwe instructed all domestic manufacturers and suppliers that they could no longer demand cash for goods supplied to retailers and wholesalers. But did not ban the use of cash.

The press statement also told vendors and retailers that they should not charge higher rates for mobile or plastic transactions, despite the fees attached to those transactions. The instructions also included the demand that businesses bank all cash within 24 hours after receiving it.

But Zimbabweans have long dealt in cash, and most people have grown to distrust the reliability of banks because of economic turbulence in recent years. The value of citizens’ bank deposits eroded in hyperinflation; cash shortages have led to withdrawal limits and long lines at banks.

The government is working to install point-of-sale machines in all government offices and departments, according to information confirmed at a recent workshop at the Ministry of Finance and Economic Development. While some larger businesses plan to comply, small business owners and shoppers say the requirements are unreasonable.

Chiwandire acknowledges that a number of fundamentals need to be addressed at the macroeconomic level before a reasonable equilibrium is struck between cash in circulation and plastic-money usage.

Zimbabweans have used the U.S. dollar since 2008 when overprinting of the Zimbabwean dollar caused hyperinflation, and the government says bond notes in Zimbabwean banks have equal value to U.S. currency, though international sources and local businesses challenge the claim. It’s common to see goods for sale for a cash price, a bond note price and a debit card price.

Chiwandire says there is high demand for the U.S. dollar in local businesses.

But he notes mobile money services that allow users to store, send and receive money using their mobile phones are now outpacing formal banking services and are the leading alternative to cash transactions.

Andrew Ngondonga, 57, who has been a metalwork engineer for more than 20 years, says he is not opposed to plastic money but adds it shouldn’t be a replacement for cash.

“Instead of approaching us and hearing how best to go about things, decisions are hurriedly made to cover their backs when they feel a squeeze. Plastic money is not bad, but there should be enough cash in circulation,” he says. “At the moment there is not enough cash in circulation, which is why people do not want money in the bank. People are struggling to withdraw their money at the end of the day.”

Second-hand clothes seller Sherpard Chinhema says electronic transactions have been slow to catch on because citizens don’t trust the banks.

“Most people now want to avoid the queues at the banks. My main worry, though, as a trader is not being able to access the cash when I want it from the bank after allowing people to swipe when they pay for clothes at my stall,” he says.

Chinhema says he hopes that younger people will lead the push toward electronic transactions.

Judith Nyamubarwa, 30, says she welcomes the convenience of plastic money because daily cash limits at banks have varied since the introduction of bond notes, ranging from $1,000 per day to as little as $30 per day.

“I can buy my groceries, pay bills and even buy fuel using swipe,” she says. “The bank charges seem fair, as I do not have to spend hours queuing at the bank to get $100 a day.”