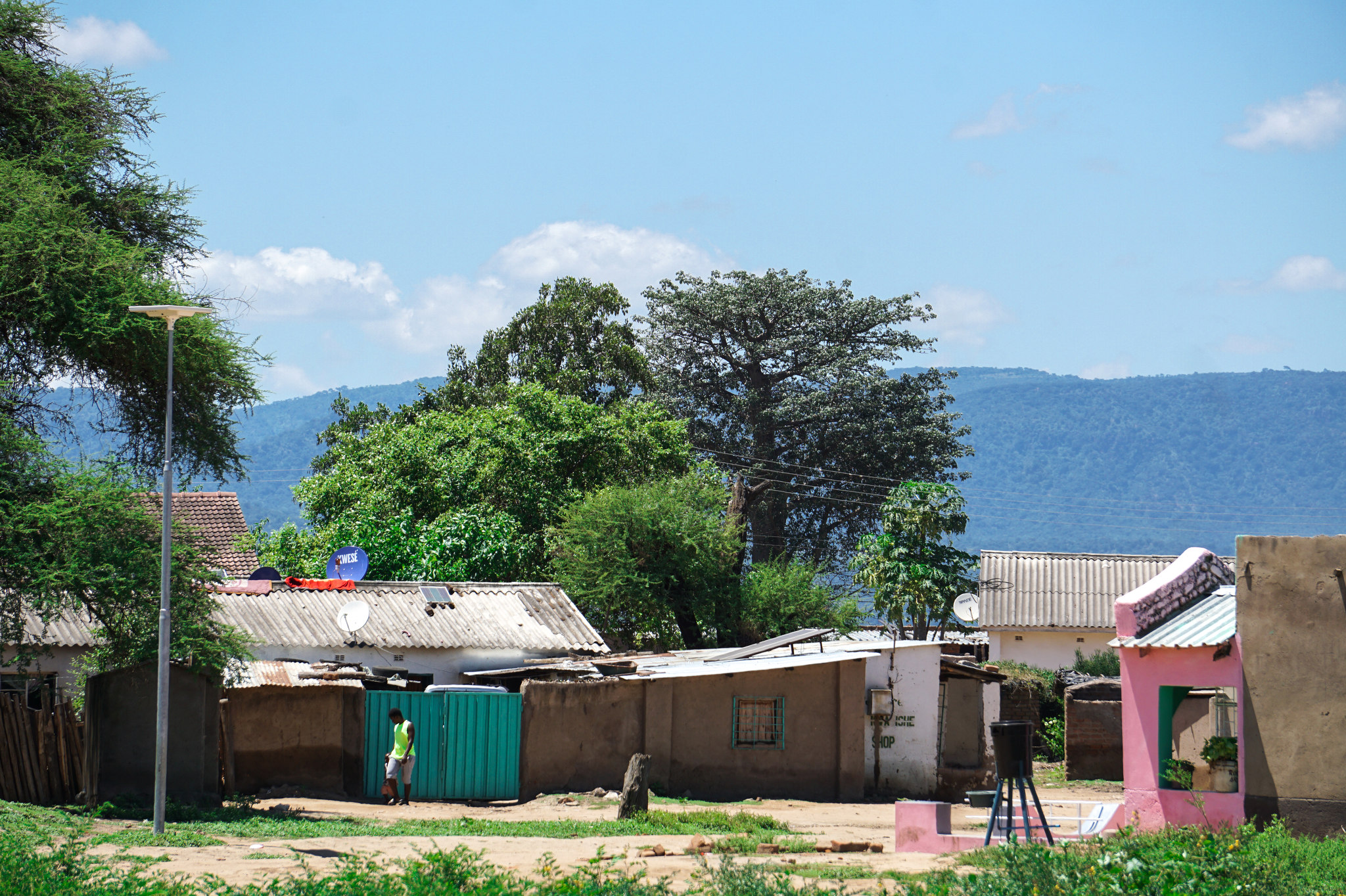 CHIPINGE, ZIMBABWE — Tiny, densely populated houses dominate the Tongogara Refugee Camp in southeastern Zimbabwe. Some are built with bricks made of burnt mud, and others are makeshift homes constructed from tents, wooden poles and plastic.

On this hot day, many go about their business. It’s difficult for people to social distance in the crowded camp. Only some refugees wear masks. There are hand-washing stations but no temperature checks.

Jackson Mazuru grinds away at his mill, and maize meal covers his face and body.

The bubbly 27-year-old father of two girls is from Burundi. He came to Zimbabwe in 2000 with nine siblings and his parents. Before the coronavirus — and all the government restrictions that have accompanied it — Mazuru earned up to $50 a day. Today, he makes a fraction of that amount.

The coronavirus has affected millions in Zimbabwe, but perhaps none more starkly than refugees. Even before the pandemic, they existed on the country’s margins, as Zimbabwe doesn’t give refugees permanent residence status. The pandemic has robbed them of one of the pillars of their tenuous daily existence — the chance to earn an income.

“I usually buy my grinding mill spare parts in Harare, but with this situation, it’s impossible,” Mazuru says. “I also have customers from outside the camp, but they could not come due to the travel restrictions.” 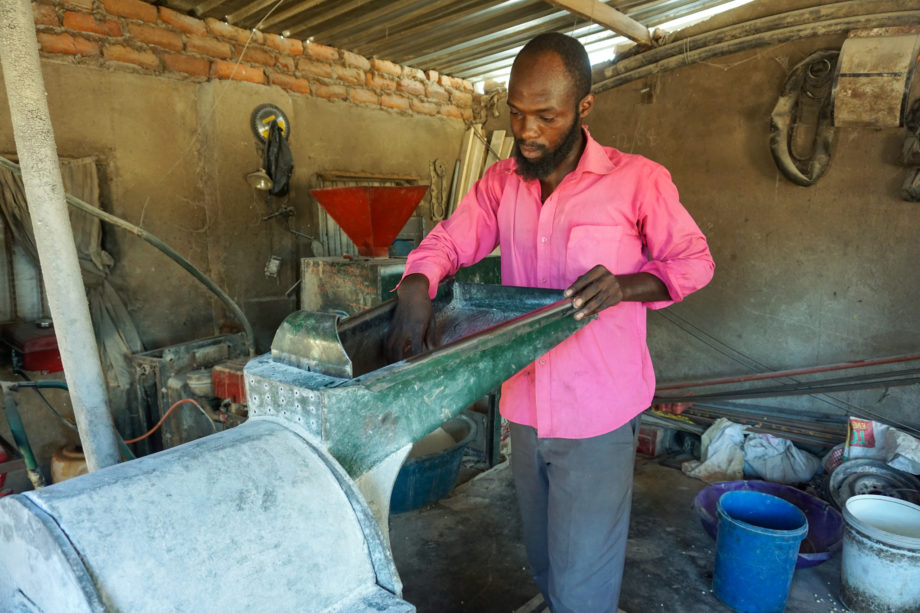 Jackson Mazuru prepares maize that a customer left for milling. Mazuru, who has operated the mill at the camp for years, says business has been very slow since the pandemic erupted.

Tongogara, located 420 kilometers (261 miles) southeast of Harare and host to about 14,967 people, opened in 1983 and is Zimbabwe’s only refugee camp. Refugees come from countries all over sub-Saharan Africa and can spend more than a decade waiting to be resettled in other nations.

“Some even die waiting for this process to be completed,” says Timothee Mutahonga Djuma, a Congolese refugee who is also a pastor at the camp.

Life at the camp is hard. There is no electricity. Houses are overcrowded. Aid groups supply firewood, but it runs out quickly and arrives inconsistently.

Typically, the refugees receive monthly food aid from the United Nations High Commissioner for Refugees that includes maize meal, sugar beans, a corn-soya blend, vegetable oil, sugar and salt — nearly 15 kilograms (33 pounds) in total. But some months, they don’t receive items such as sugar. For large families, the supply of food barely lasts a month.

Totamirepi Tirivavi, Zimbabwe’s commissioner for refugees, agreed that the pandemic had negatively impacted efforts to resettle refugees, but did not answer follow-up queries. 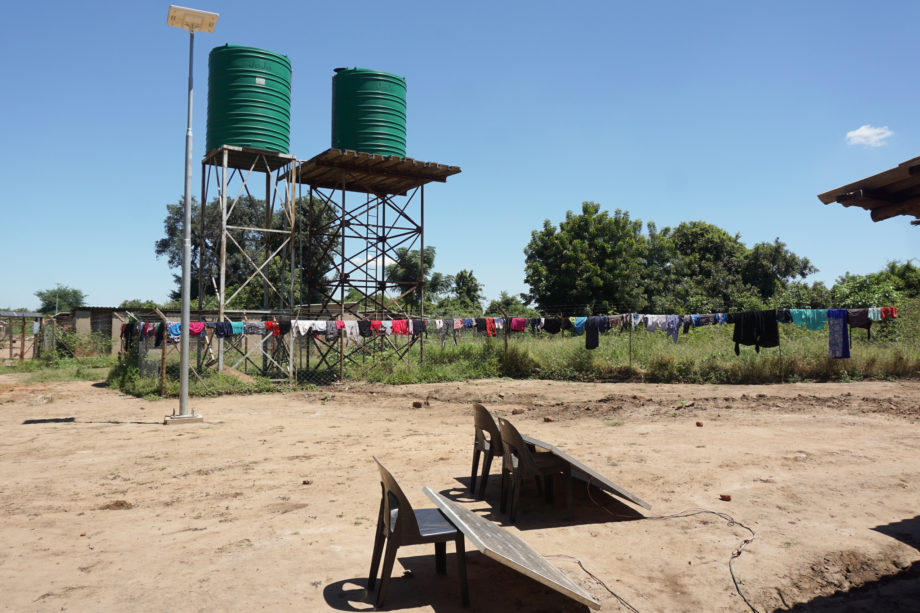 Tanks supply water for the camp, which houses nearly 15,000 refugees who have fled from countries throughout sub-Saharan Africa.

The camp’s challenges make work all the more important. In a master’s thesis titled, “Socio-Economic Impact of Refugees on Host Communities. The Case of Tongogara Refugee Camp in Chipinge District, Zimbabwe,” scholar Terence Madzimure says refugees rely on trade both with each other and with townspeople to acquire food beyond what they receive for free.

Refugees also have opened butcher shops, restaurants and groceries in the camp. Because of the pandemic, many of those small businesses struggle to stay open, Mazuru says.

The pandemic has even hurt refugees with well-established businesses. Celestin Bizimungu, who came from Rwanda 15 years ago, opened a butchery and now has 25 head of cattle and hundreds of goats. He sells beef and goat meat in his shop.

Coronavirus travel restrictions kept away people from outside the camp, and his customer base shriveled. He used to draw as many as 15 customers a day, he says. Today, he’s lucky to get five. 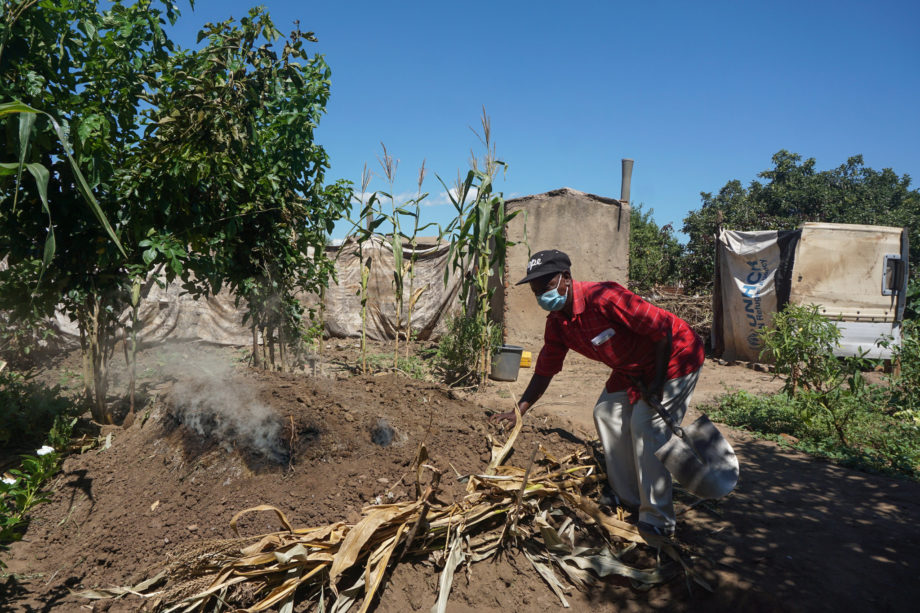 Stephane Mudika Tundu prepares to make charcoal, which many camp residents use for cooking and heating.

Since the pandemic erupted in March 2020, Zimbabwe’s government has ordered two national lockdowns, including one from mid-January to the end of February. But even after the government eased restrictions, business didn’t pick up because many people couldn’t work during the lockdown and had limited funds, Mazuru says.

Mazuru, who has spent most of his life in the camp, lives there with his wife, children, father and siblings. To make extra money, he has added welding to his grinding mill work. He supports the coronavirus restrictions, even though they’ve hurt business, he says.

The pandemic further delayed the efforts of refugees who were hoping to start enterprises, including camp residents such as Stephane Mudika Tundu, who fled Democratic Republic of Congo in 2013 with some of his family. He planned to open a hardware store but hasn’t earned enough to start the business. Back in DRC, Tundu, 57, was a sales manager in a shop that sold furniture and electronics. “But since I came to Zimbabwe, I cannot work” formally, he says.

Tundu, who says he fled persecution in DRC, now worries about education for his 19-year-old. “Not being able to have tertiary education and be employed means my child and others in the camp are stuck,” he says. “What kind of future can they have without a job and qualification?”