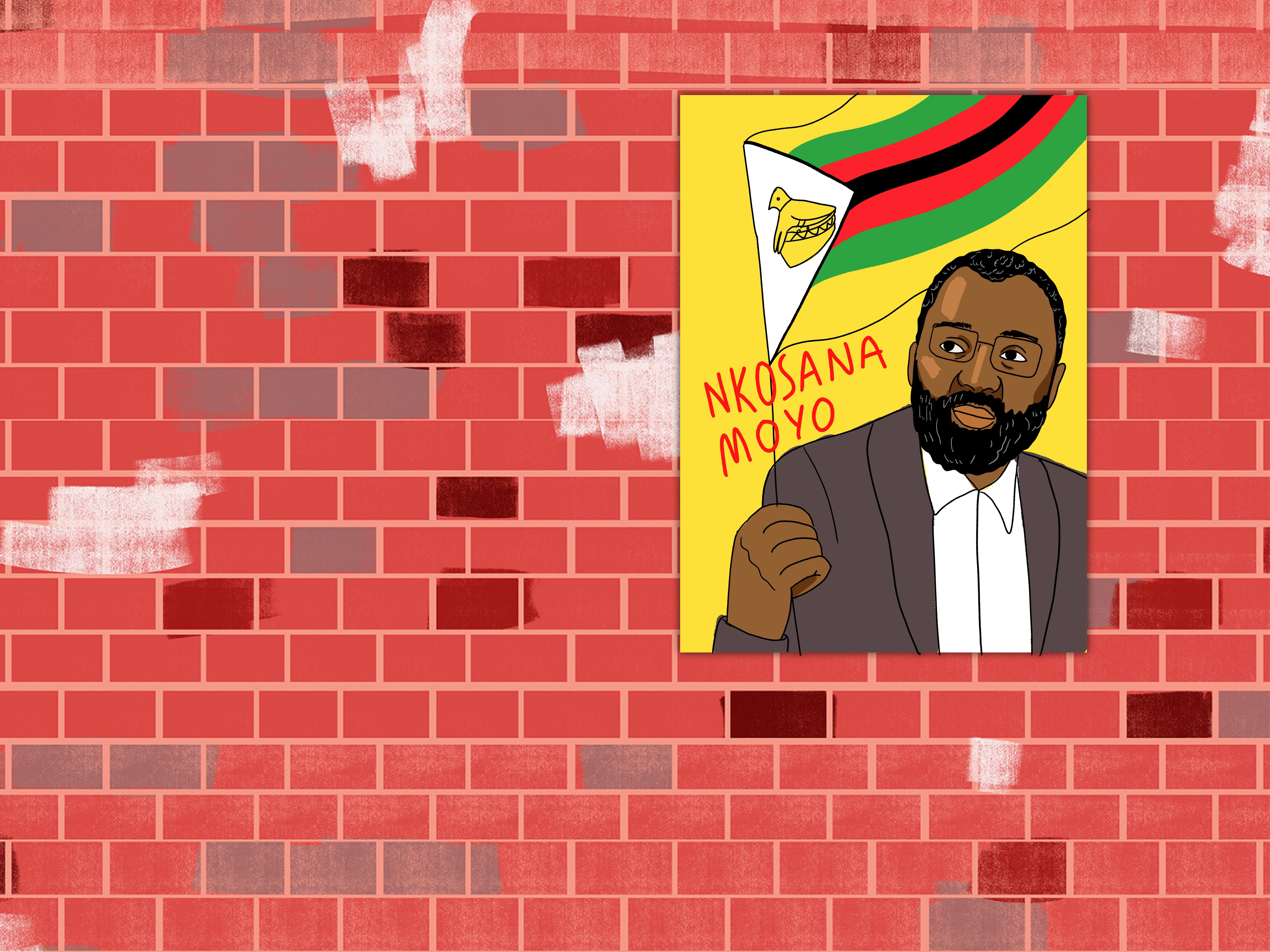 HARARE, ZIMBABWE — In a country where many aspiring politicians knew that their only shot at success was to align with the ruling party, Nkosana Moyo is known for stepping down: He left a plum position, because he disagreed with that party’s practices.

Moyo was the minister of industry and international trade but resigned in 2001, just 10 months after taking the job.

“[I] said I can’t stay, because I disagree with how things are being done,” he says.

Now, as one of 23 presidential candidates, Moyo says he’ll curb corruption, nepotism and cronyism – three misdeeds commonly alleged of former President Robert Mugabe, the strongman who led the Zimbabwean African National Union-Patriotic Front party for decades, until he was pushed out of the presidency in a 2017 coup.

Moyo’s plan to rid Zimbabwe’s government of those problems would require applications for all senior government positions, including cabinet posts, which are usually filled by presidential appointment.

“My requirements are only two: Are you Zimbabwean? Are you qualified? Even people who do not belong to my party will get into my cabinet, if they qualify,” he says.

Moyo formed the Alliance for the People’s Agenda (APA) party in 2017 – a political turn for an economist whose experience also includes a doctorate in physics and board posts in the industrial, manufacturing and tourism sectors. He has served as the vice president and chief operating officer of the African Development Bank and is the founder of the Mandela Institute for Development Studies.

A leader with private-sector experience is what Zimbabwe needs right now, Moyo says.

My requirements are only two: Are you Zimbabwean? Are you qualified? Even people who do not belong to my party will get into my cabinet if they qualify.Nkosana Moyo’s plan to rid Zimbabwe’s government of those problems would require applications for all senior government positions

“There was a time when we needed people to fight a liberation war. There was a time when citizens needed to confront their own government. The MDC did that for us well, but our country is in a different place,” Moyo says. “Now the key issue to sort out is the economy.”

The MDC is the Movement for Democratic Change, a key opposition group.

Political rallies in Zimbabwe are often raucous affairs, punctuated with music and bombast. But Moyo doesn’t hold rallies. Instead, he travels around the country and speaks directly with citizens.

“At a rally, you address people,” he says. “They don’t have an opportunity to ask questions.”

But Moyo’s approach isn’t effective, says Melusi Ngwabi, a voter who doesn’t plan to support Moyo at the polls.

“He doesn’t have the numbers. He is a good person with good strategies, but he does not appeal to the populations, since he holds no rallies,” Ngwabi says. “People in the rural areas don’t even know him. It’s basically a waste of time voting for him.”

“He seems to know what he will be doing,” Hove says. “He has held a lot of higher positions before.”

Like many candidates and voters, Moyo worries whether the election will be free and fair. Mugabe repeatedly intimidated voters, and there are widespread claims that he tampered with ballots. Moyo says he was invited to watch the ballots being printed, but he says he didn’t see anything that proved the ballots will be adequately presented.

“When you are coming from a place where there was no trust, the best way to create it is to be transparent,” Moyo says. “We are not asking them to break the law but to create trust.”