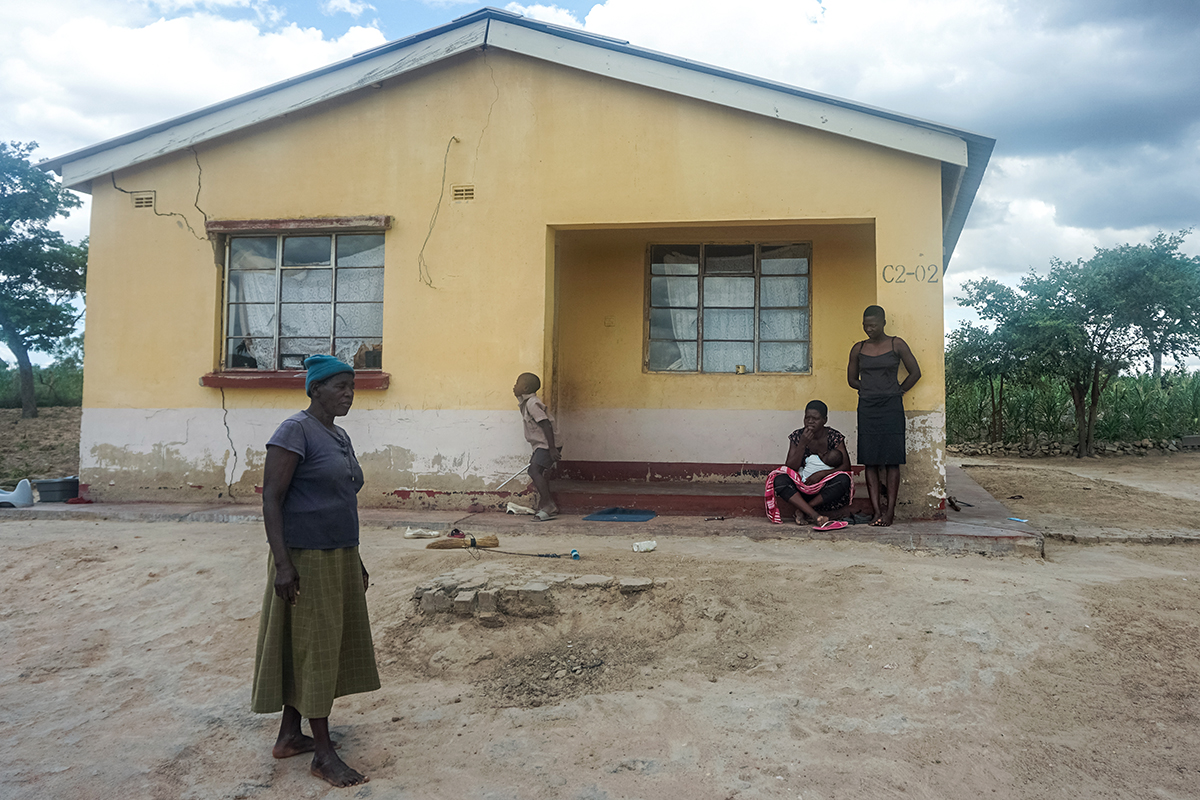 ARDA TRANSAU, ZIMBABWE — Thickened porridge called sadza with pumpkin leaves as a relish. This is what makes up the daily diet of people in this community, and nothing comes from a private garden. It’s all bought at a local market.

It’s a far cry from what they had before they were forced to move here.

“I did farming projects all year round and sold some produce, so I never lacked,” says Eneresi Gamunorwa, remembering when she lived in the Chiadzwa area.

There, she says, land was arable and water sources were close enough to be useful. 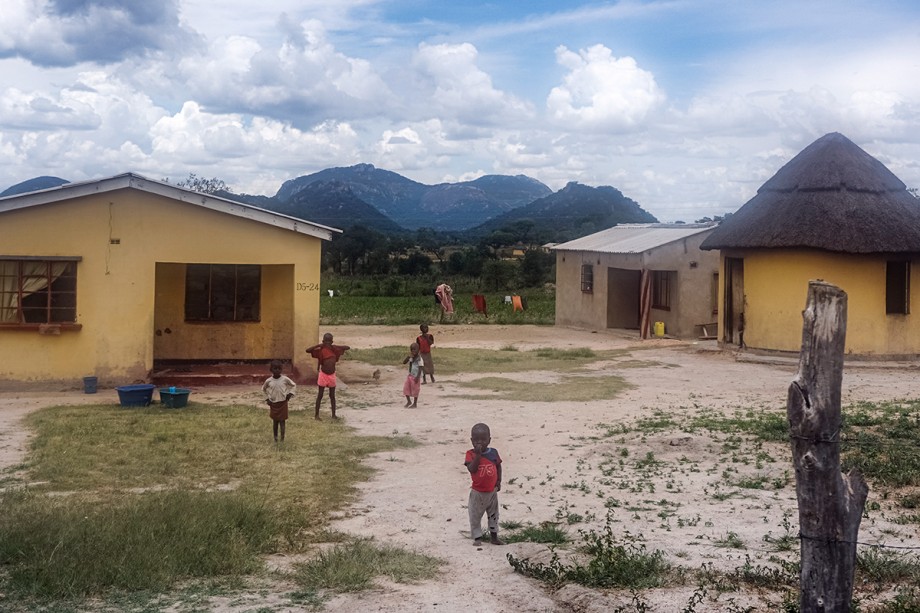 Children play in the ARDA Transau community in eastern Zimbabwe.

Beginning in 2010, the government pushed families in the mining area to the 12,000-hectare (29,653-acre) Transau farm, presided over by Zimbabwe’s Agricultural and Rural Development Authority (ARDA). For some families, ARDA Transau, as it is known, sits about 140 kilometers (87 miles) away from the mining area where they once lived.

Around 900 people moved in total so far, but life isn’t as it was promised. Homes in ARDA Transau are substandard and water sources aren’t close by, leaving the families to rely on rainwater. If the sky is stingy, their only recourse is to carry buckets of water by hand from a well located about 2 kilometers (1.2 miles) away from their gardens. Those who relocated were promised irrigation systems for their new land, but never received them.

Even more frustrating is the fact that ARDA Transau residents are required to pay for water, whether it’s available or not, says Sherou Dorowora, adding that there’s been no water available in the taps piped into the homes for months.

For people in ARDA Transau, a life lacking basic amenities is particularly galling. Diamonds mined in the area that they were pushed out of totalled 2.5 million carats in 2017 alone, according to figures reported by the Kimberley Process Certification Scheme, an international trade group that aims to prevent the flow of so-called conflict diamonds.

Families were promised up to $5,000 in compensation as part of the move, with additional long-term allowances for assets they had to leave behind. Many have only received a $1,000 disturbance allowance, a far cry from what was guaranteed.

“I have had enough of the poverty that is here,” says 65-year-old Gamunorwa, adding that she would sell her dilapidated house and leave if she weren’t so old.

Many families, desperate for cash, are doing just that.

However ramshackle, the houses that come with thatched kitchens and a hectare of land are going for between $5,000 and $8,000, says Samuel Kambeni, who facilitates some of the sales and is also a relocated villager himself. 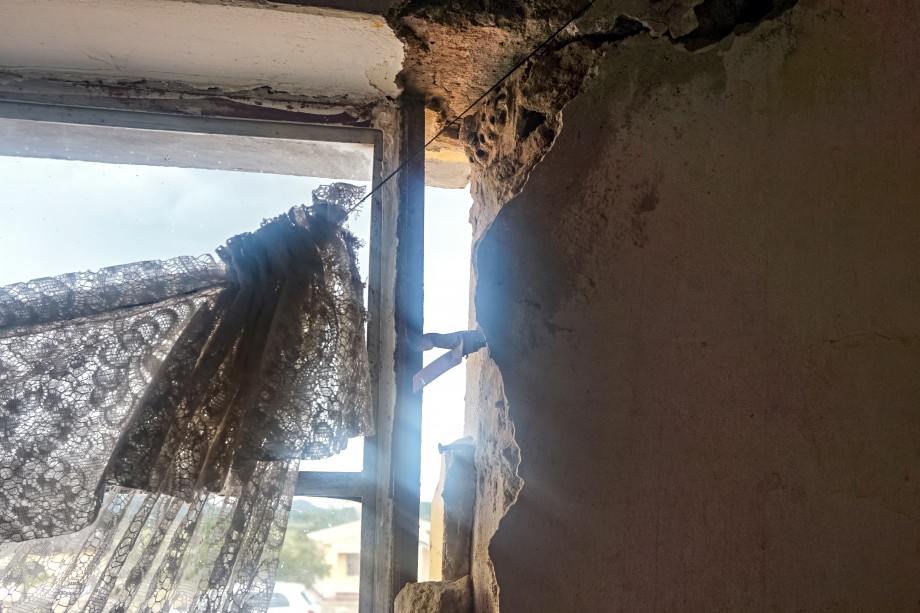 Many of the homes in ARDA Transau have major problems, including this one, which has a large crack in a wall. Eneresi Gamunorwa, the woman who lives here, says she had all she needed before she was forced to move out of the way of diamond mining efforts in eastern Zimbabwe. Now, she says, she lives in poverty.

But in ARDA Transau, even home sales are tenuous. People who were forced to move weren’t given title deeds. They’re afraid that they’ll lose their homes anyway if they stay because more people could be relocated from the diamond mining area, says Malvern Mudiwa, chairperson of the Marange Development Trust.

A person can only sell a home if he holds a title deed, an offer letter or a lease, says Passmore Nyakureba, a lawyer with Zimbabwe Lawyers for Human Rights who represents families that were moved to ARDA Transau.

Those families took their case to court to try and force the government to provide them with the promised compensation, which they say they haven’t received. “The evaluators came to evaluate our properties, but we were not told how much each household property was worth,” says Daniel Manyere, 53. He was among the first group to be moved to ARDA Transau.

Zimbabwe’s high court ruled in January that the Ministry of Local Government, Public Works and National Housing should carry out an assessment and evaluation of loss of land, property, economic, social and cultural rights suffered by the relocated families and facilitate compensation within three months of the order.

It’s not yet clear whether that deadline will be met.

Julius Simango was relocated to ARDA Transau with his two wives and children. He had two homes, he says, one for each wife, but he sold one in 2018 for 5,000 in Zimbabwean bond notes (about $1,370) because he needed the money.

The sale was formalized in an affidavit because he doesn’t have a land title, he says.

“There is no change of ownership with no title deeds,” he says.