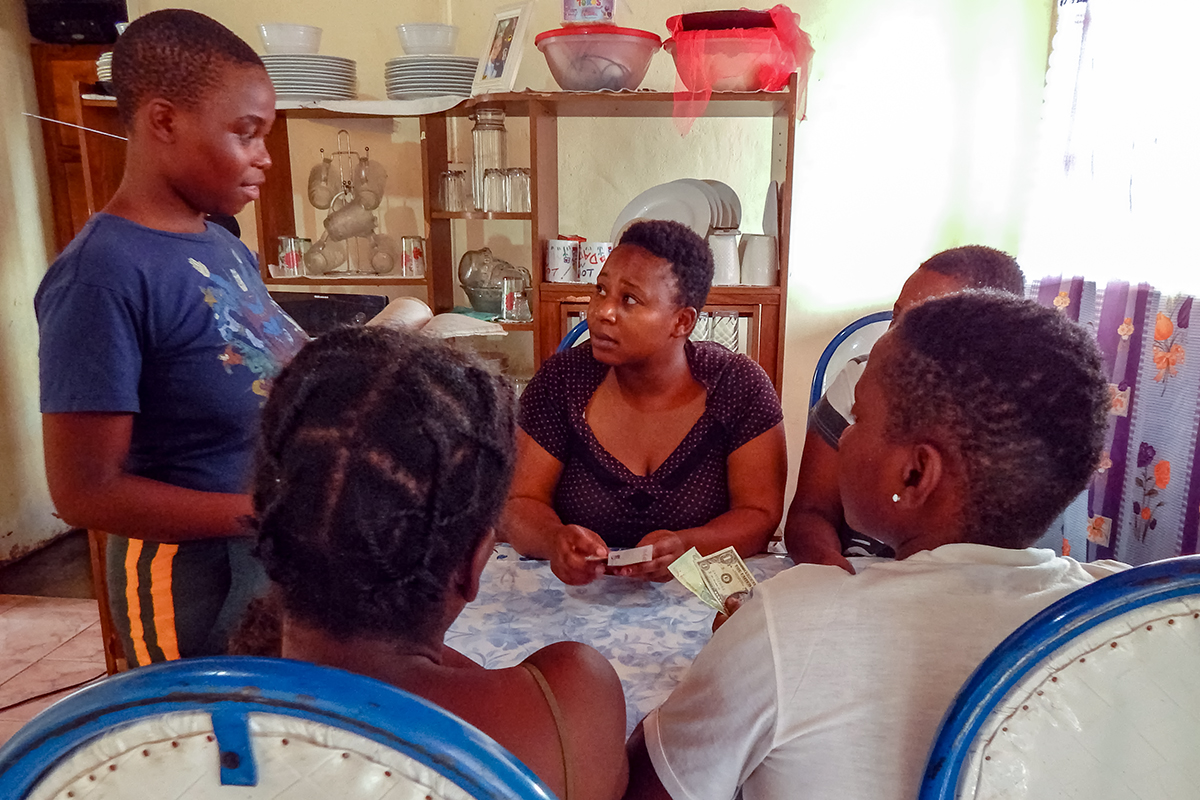 BULAWAYO, ZIMBABWE — Rebecca Sibindi’s monthly money club is usually an encouraging time. The club is made up of a group of women who save money together, each contributing the same amount each month, and distribute the money after a year of saving.

In a country where the economy ebbs and flows in extreme measure, money clubs are trusted options for people – usually women – who want accountability and companionship as they save up for special purchases. Here, the groups are called either Mukando, in Shona, or Amaround, in IsiNdebele, two key languages in Zimbabwe.

But this year, Sibindi girds herself for bad news.

“Our savings have been greatly devalued by the current economic situation,” she says.

Sibindi joined this group of 10 women in 2016. Each woman contributes 50 bond notes every month.

“Since 2016, when I joined this club, I have managed to furnish my home with the money at the end of the year,” Sibindi says. “However, this time, it will not help me much.”

The Zimbabwean government introduced bond notes in November 2016. At the time, the Reserve Bank of Zimbabwe stated that the notes would be equivalent in value to the U.S. dollar. In reality, the notes fluctuate in value based on local demand. In October, when the government denominated all U.S. dollars in bank accounts as bond notes, the bond note’s value plummeted. Businesses across Zimbabwe refused to take the notes, and the U.S. dollar was immediately in high demand on the black market.

Sibindi says she expected to receive 600 bond notes at the end of her group’s year of saving. She thought that would be worth $600. Now, her yearlong investment is worth about $214.

Our savings have been greatly devalued by the current economic situation.Rebecca Sibindi, who is a member of a money saving club near Bulawayo

Sibindi’s group is one of a huge number of such organizations in Zimbabwe. According to a 2017 Zimbabwe Vulnerability Assessment Committee survey, 13 percent of all Zimbabwean homes have one household member who is part of a savings group. The majority – 79 percent – are mothers, and 66 percent of the groups deal in cash only, according to the assessment.

Groups that deal in bond notes – dollars are increasingly hard to come by – have watched their savings disappear as the bond note drops in value. The devaluation has serious consequences for members, who use the money for school fees, medical bills, household items and other needs.

“Members were caught unaware when the value of the bond note crushed against the U.S. dollar,” says Felix Chari, a business analyst and economist. “They had relied on the government’s official position that the bond note was at par with the U.S. dollar, and most of them suffered when prices of basic commodities went up.”

Some groups have found ways to protect themselves from Zimbabwe’s fluctuating economy.