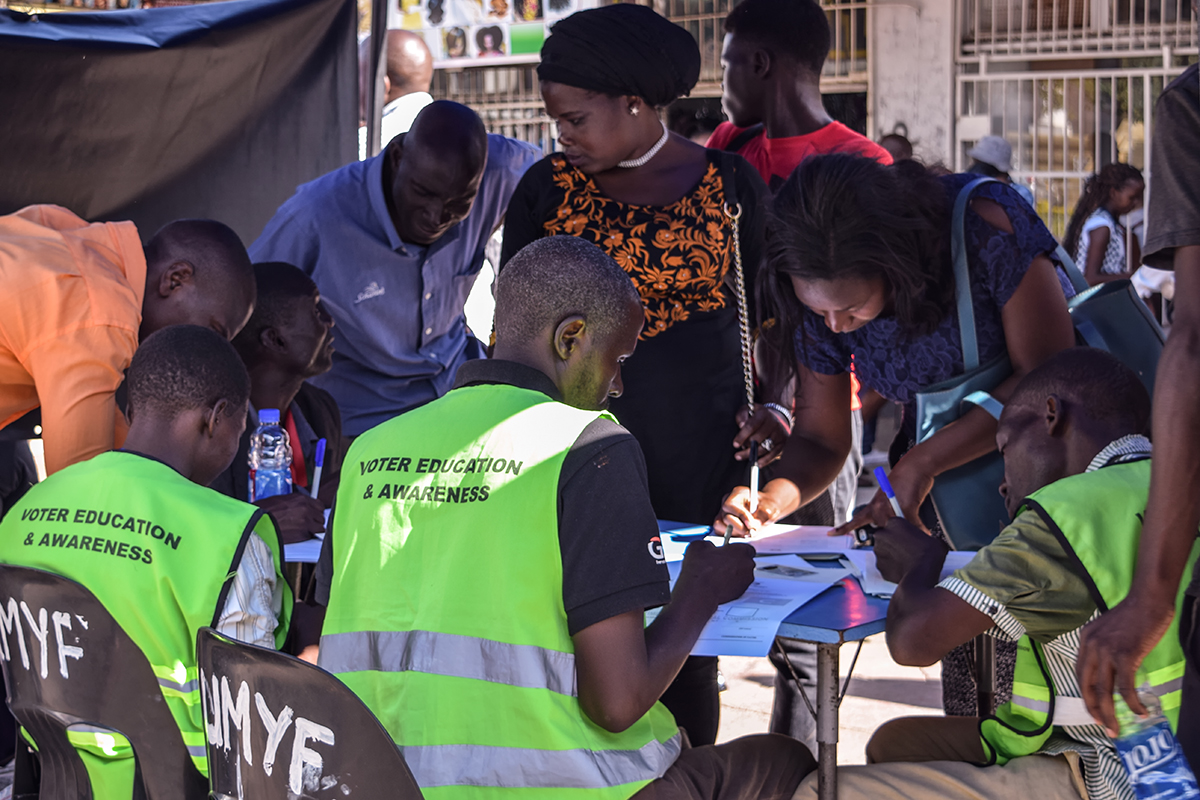 HARARE, ZIMBABWE — In preparation for Zimbabwe’s upcoming election, Stella Kandemwa, a government-employed second-grade teacher, left her 45 students in the care of another teacher for 16 days.

Kandemwa was away, working her second government job: She was registering voters for the Zimbabwe Electoral Commission (ZEC), the independent body tasked with monitoring the country’s upcoming election.

In Zimbabwe, the process of biometric voter registration (BVR), is staffed by civil servants. From October to February, 28,619 civil servants, including many teachers, left their classrooms to aid in the process ahead of the upcoming election, tentatively slated for July 2018.

But many are questioning the independence and the motives of the ZEC as it double-employs these civil servants while joblessness rages across the country. Government estimates of unemployment have been as a low as 4 percent, but independent estimates have put the number as high as 95 percent in the last year.

According to a 2017 report from the Legal Resources Foundation, a nongovernmental organization that offers independent analysis of Zimbabwe’s legal processes, hiring civil servants to register voters threatens to politicize public-sector jobs.

But Utloile Silaigwana, acting chief elections officer of the ZEC, in a written response to Global Press Journal, says that choosing teachers to perform voter registration duties was in line with election rules.

“Section 10(1) of the Electoral Act directs ZEC to recruit personnel for electoral activities,” he writes. “Ministries and bodies mentioned in the Act are free to select staff whose absence from normal duties will not affect the operations of the respective organisations. The Commission does not dictate on who should be [selected] for electoral duties.”

The government does not pull people from health or security sectors, and teachers throughout the country say that removing educators from classrooms to register voters has a negative impact on students.

Malvern Mushona, a fifth-grade teacher, says that he was selected by ZEC to register people to vote in fall 2017.

“We had our own local arrangement at school to cover the gaps of those who were to carry out the BVR, though students took time to adjust to the sudden switch,” he says.

During the two weeks he was away, his students were taught by another fifth-grade teacher at the school, doubling the class size.

Mushona says that during that time, learning was compromised.

“The teacher-learner ratio was at stake,” Mushona adds.

Obert Masaraure, president of the Amalgamated Rural Teachers Union of Zimbabwe, says that although students are inconvenienced by ZEC’s engagement of teachers, educators must be allowed to participate in elections.

“National elections are a critical component of democracy in the country,” he says. “When teachers are invited to participate in this important event, they must take it as an honor.”

Masaraure admits that during the extended voter registration process, some students are left without teachers at all, while others go to combined classrooms.

“If you have a shortage and add to that by creating this artificial shortage, you are exerting pressure,” he says.

The number of teachers also employed by ZEC was scaled down compared with previous years, Sibanda adds, but the impact was still felt.

“I must admit that some classes were affected,” he says.

National elections are a critical component of democracy in the country. When teachers are invited to participate in this important event, they must take it as an honor.Obert Masaraure, president of the Amalgamated Rural Teachers Union of Zimbabwe

Beyond the effects on learning, citizens question the logic of double-employing civil servants when so many Zimbabweans are jobless.

Aaron Ganda, who lives in Harare, says if the ZEC hired other qualified citizens, such as those with computer experience, it would have an impact.

“This would also motivate youths to register in their numbers,” he says. “And [it would] create jobs for them rather than giving jobs to people who already have them.”

Rindai Chipfunde, director of the Zimbabwe Election Support Network, would like to see an amendment to the rule that requires civil servants to assist with elections.

In Kenya, Uganda and other countries, college students and other qualified citizens are recruited to carry out electoral processes, she says, and this would be a welcome development in Zimbabwe.

Voter registration is still taking place at ZEC offices and at the district level throughout the country.