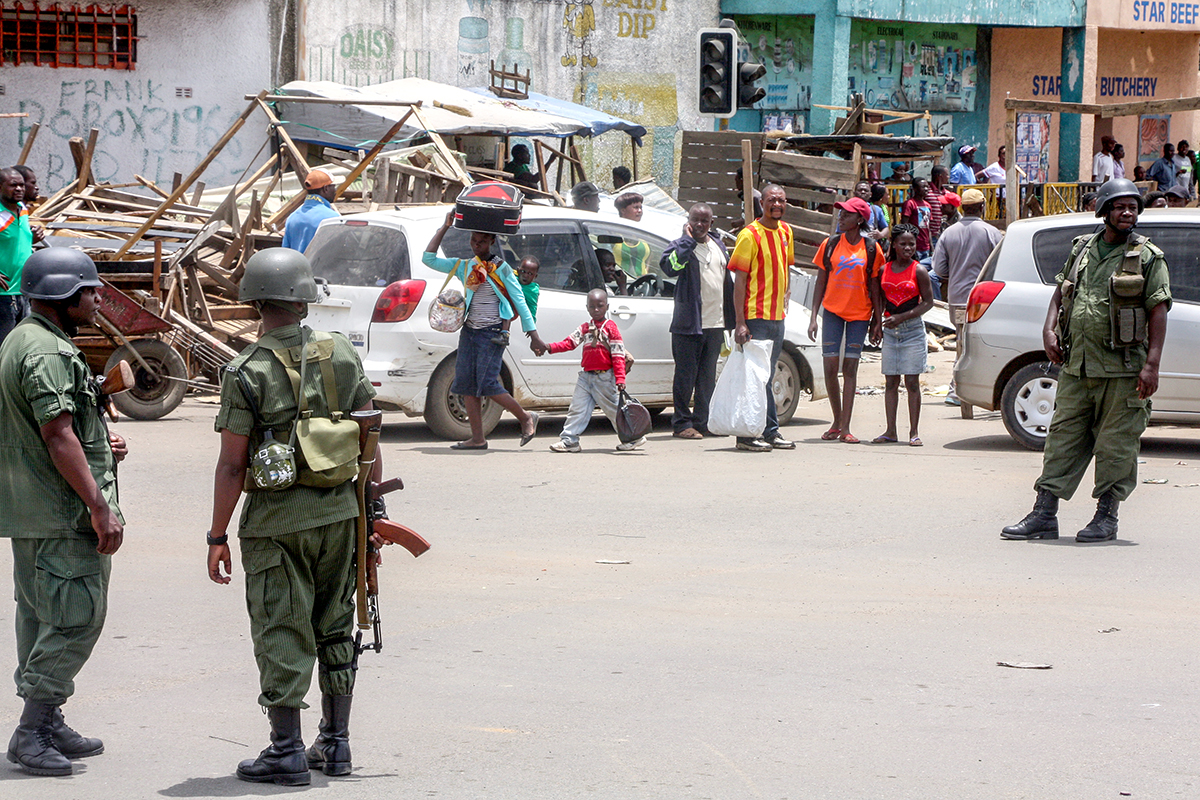 LUSAKA, ZAMBIA — Edward Jere watches as soldiers break down the wooden planks of the stall where he has sold previously owned clothing for years.

The capital’s cholera outbreak, which has been going on since October, is forcing authorities to shut down businesses to curb the spread of the disease. But Jere says they are specially targeting street vendors, whose operations are illegal and who are widely blamed for the unsanitary practices that can cause the spread of cholera.

“We are told we can’t go back to our trading places; I don’t even know how I will survive,” Jere says.

Despite acknowledging health hazards and the risk of being fined, imprisoned or both if caught vending in certain parts of the city, many are driven by widespread unemployment to continue selling goods on Lusaka’s streets.

People contract cholera by drinking water or eating food contaminated with the bacteria. Jere says the government has been targeting all street vendors because many live and sell their goods in areas with shortages of toilets and clean water, conditions that accelerate the spread of the disease.

Since October, more than 3,000 cases of cholera and 70 deaths have been recorded, says Zambia’s Minister of Health Dr. Chitalu Chilufya. 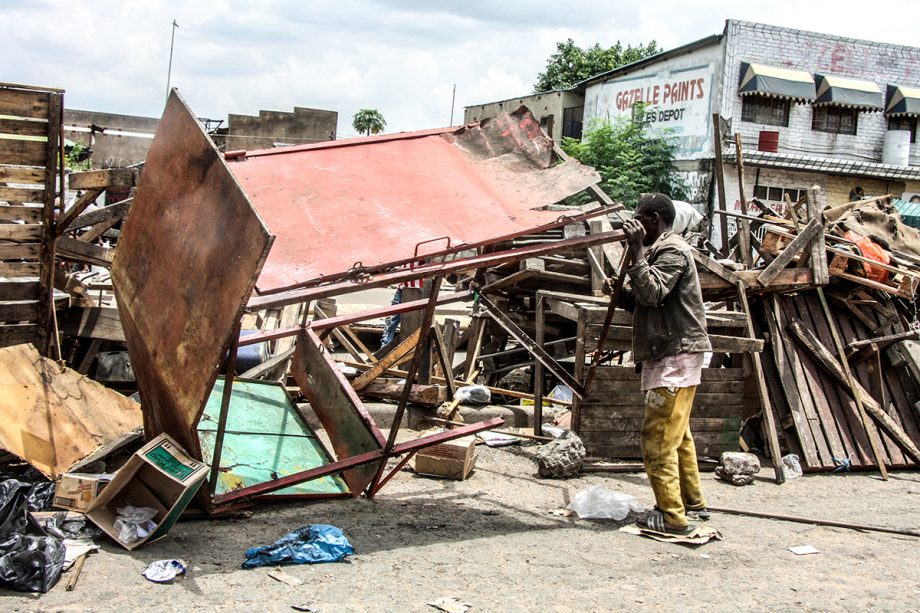 A street vendor tries to salvage the remains of his makeshift stall along Lumumba Road in Lusaka's central business district. Since the cholera outbreak began in October 2017, many street vendors have been banned from selling their products and sometimes fined.

Street vendors say banning sales and dismantling their temporary stalls and shops will not prevent the spread of cholera and other infectious diseases. Rather, clean public toilets, water and adequate market space would relieve the problems, they say.

Since October, more than 3,000 cases of cholera and 70 deaths have been recorded, says Dr. Chitalu Chilufya, Zambia’s minister of health.

Chilufya says a majority of those infected live in densely populated areas such as Kanyama, a township west of Lusaka. Since cholera is usually contracted by ingesting contaminated food or drink, Chilufya says, those living in densely populated areas are most at risk. Poor sanitation and limited water supplies in these places cause the disease to spread quickly, he says.

Many street vendors live in these areas too, says Minister of Local Government Vincent Mwale. Goods such as food can easily carry the bacteria that causes cholera if vendors with the disease don’t practice proper hygiene or have access to clean toilets, he says.

This is one of the reasons why street vending is legislated in Zambia, advocates say. The sale of goods outside of the areas stipulated in Zambia’s Markets Act can result in a fine of 450 Zambian kwachas ($46), up to six months in prison or both. Despite legal repercussions and health hazards, there are more than 15,000 street vendors in Lusaka, says Teddy Sinkala, president of United Street Vendors Foundation Co-operative Society.

Jere says many resort to the illegal profession because there are few employment opportunities in the country and even fewer spaces for business in legislated markets. Zambia’s unemployment rate is 7.4 percent, according to a 2014 government report. 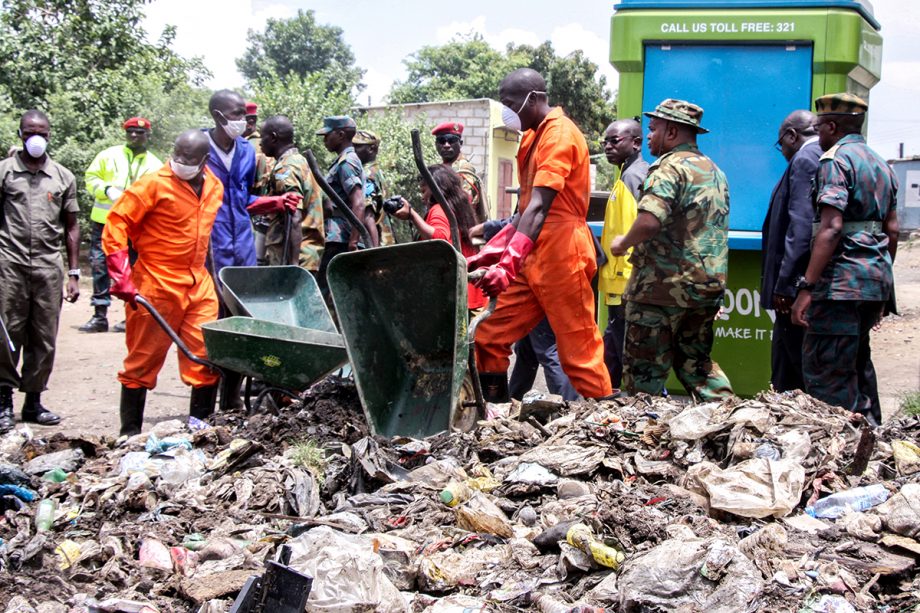 Soldiers clean up trash in Lusaka's central business district. Local authorities say street vendors, by disposing of garbage on the city's streets, contribute to the spread of cholera.

Anita Namfukwe, a widow who for two years sold vegetables along Lumumba Road, says the sales allowed her to take care of her five children. But in January, soldiers stopped Namfukwe from street vending.

Namfukwe says she is one of many vendors banned during the ongoing cholera outbreak who have been promised temporary stalls in the Lusaka City Market, the largest market in the capital, but who are still out of work.

The market, with a capacity for 4,000 vendors, was closed last year due to a fire but was reopened on Jan. 17 to temporarily accommodate street vendors until the government can build a larger market with free toilets, Mwale says.

However, Namfukwe says the market is too small for the thousands of street vendors working in Lusaka, and many can’t afford to pay 3 kwacha (30 cents) each time they have to use the toilet.

“Traders can’t afford toilets,” she says. “Even people that come to town may not afford to pay for toilets, hence they may resort to squatting under a tree.”

Despite toilet fees and limited space in local markets, officials say, confining trade to these designated spaces helps with garbage collection and mitigating the spread of infectious diseases.

“Markets are ideal places to trade from, because they have toilets and water,” Chilufya says. “That is why we are not encouraging street vending, because it causes problems when it comes to garbage collection.”

The local government is also making efforts to assure that high-density suburbs in Lusaka have clean water, Chilufya says.

“The main source of contamination is water, and we have engaged the Lusaka Water and Sewerage Company to provide free water to our people in places like Kanyama that have no clean water,” he says. 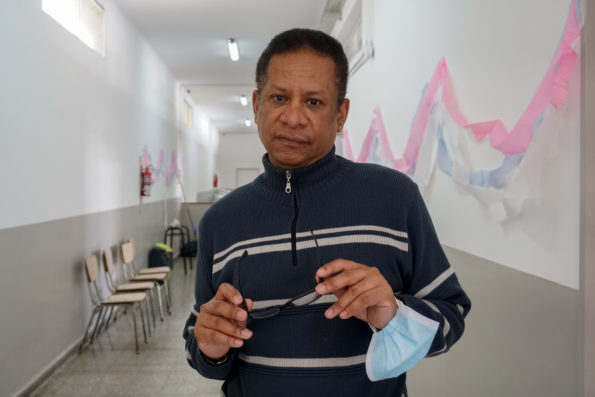