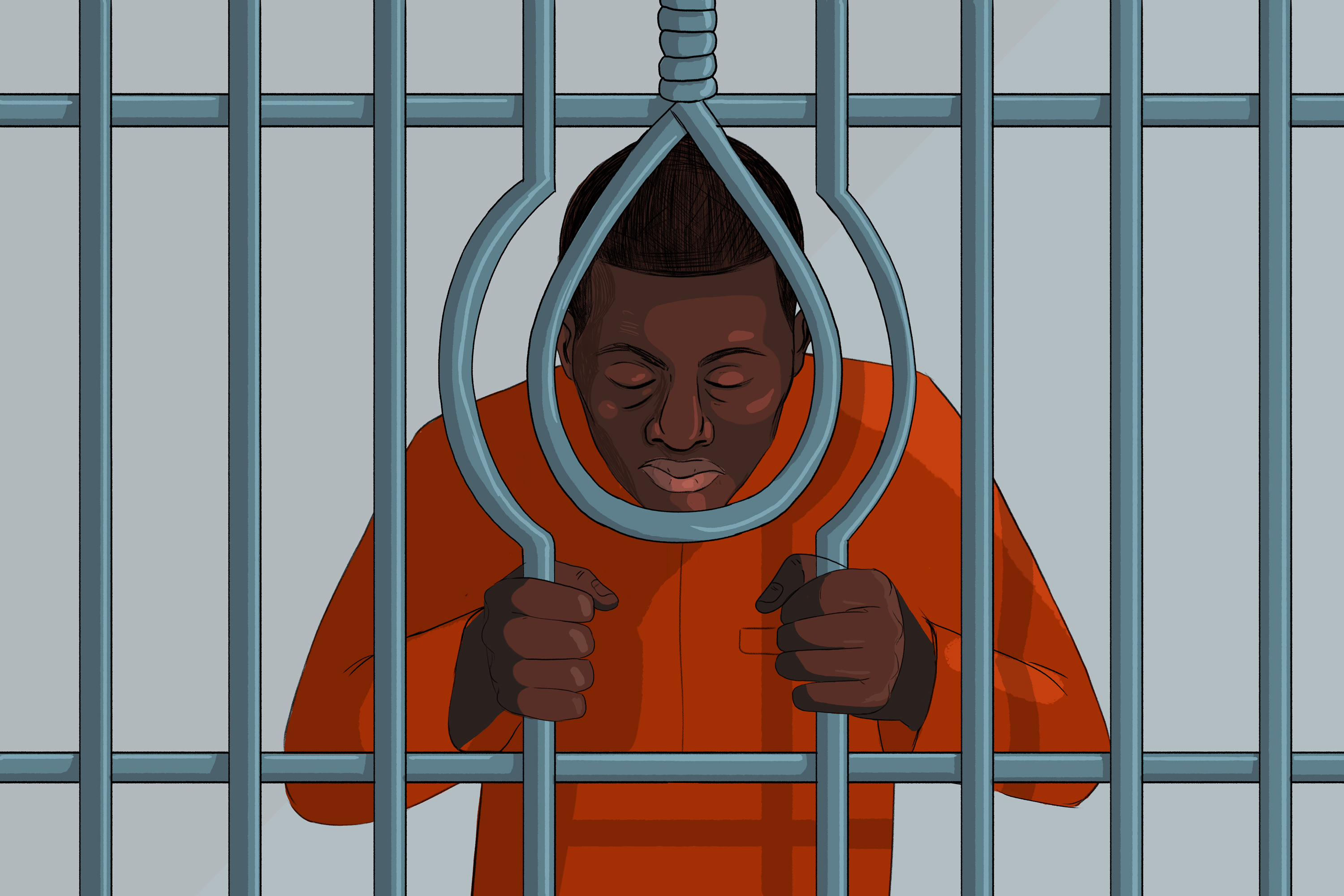 Christopher Siame, a murder convict formerly on death row, says he’ll never forget how he felt at the time.

“I went into prison shortly after the 1997 execution,” recounts Siame, whose sentence was commuted to life in prison in 2008 and who later became a free man thanks to a presidential pardon.

“It was horrifying to hear the cells being opened in the condemned section. We thought we were next to be hanged,” he says nervously.

The execution of the eight is the last known execution in Zambia, but courts across the south-central African nation continue to put people on death row. According to the Zambia Correctional Service, 252 Zambians are currently facing the death penalty for murder, armed robbery or high treason.

During a 2016 constitutional review, the government gave the Zambia Prison Service a new name: the Zambia Correctional Service. Officials say the name change promotes the rehabilitation of inmates and marked the end of years of punitive practices.

Even with the change, the government agency struggles to provide the growing prison population with adequate services. The agency’s deputy commissioner-general, Lloyd Chilundika, says prisons are extremely overcrowded. The country’s correctional facilities are meant to accommodate 8,000 inmates but house more than 21,000, he says.

The parole system has not helped with decongestion, a 2014 government report reveals. Neither have the decisions by courts and Zambian voters to keep inmates on death row, says Derick Malumo, executive director for the Prisoner Re-integration and Empowerment Organisation, a local nongovernmental organization.

Siame, who received a presidential pardon in 2013, agrees.

“Death row contributes to congestion, because everyone is lumped in the condemned section and for years are not hanged,” he says. “It takes time for them to be commuted. Until then, we are forced to be congested.”

While nearby countries such as Angola, Mozambique and Namibia have long outlawed capital punishment, a majority of Zambians voted during the 2016 constitutional review to uphold the law that allows the state to punish certain offenders by hanging.

Cornelius Mweetwa, who was chairman of the Parliamentary Committee on Legal Affairs, Human Rights, National Guidance, Gender Matters and Governance at the time of the vote, says those who voted in favor of keeping the death penalty presented some strong arguments.

“If you have killed, you have taken away the most basic right of a human being. Then why should the state be quick to protect your right to life, when you yourself have taken another? Those were the majority of the arguments,” he says.

Some voters put forth another rationale, Mweetwa says, in which the death penalty functions as a deterrent to crimes.

“Even with the death penalty, people are still committing crimes. Imagine if it was removed – people would be killing each other like I don’t know,” he says.

“There is no correctional in the grave. Besides, [if the] death penalty has not deterred people from committing the heinous crimes, then why should we maintain it?” Malembeka asks, adding that the practice is inhumane.

Mweelwa Muleya, the spokesman for the Human Rights Commission, a national agency, says the death penalty dehumanizes criminals. His organization has been running many media campaigns to promote their stance on the issue.

“We are educating the public, to widen the understanding that [the] death penalty is against human rights,” he says.

Siame also says the death penalty must be abolished. Between 1997, when Siame was convicted of murder, and 2008, when his sentence was commuted, he lived in fear with no idea whether his execution would ever be scheduled, he says.

Although Chilundika admits that the death penalty conflicts with the 2016 change in his agency’s name and with other government efforts to improve the criminal justice system, he says that, in practice, Zambia has abolished the death penalty. Those on death row often receive commuted sentences.

“There is hope for correctional,” he says. “Once their sentences are commuted to life, we start engaging them in reformatory activities.”