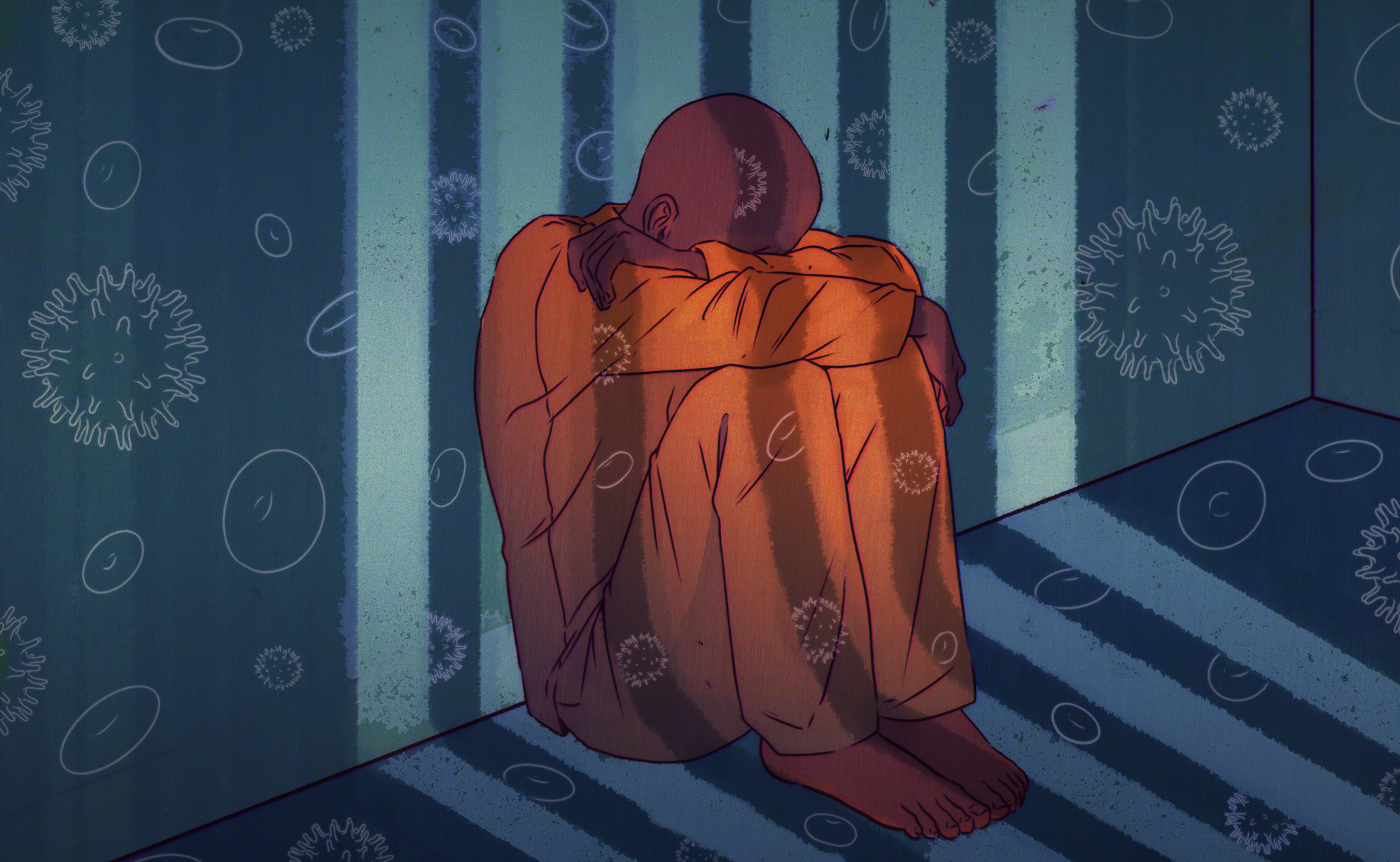 LUSAKA, ZAMBIA — Tears form in Sakala’s eyes as he focuses on a ray of light flashing through a hole in a wall of his one-room house in a densely populated settlement of Zambia’s capital.

Sakala, who asked that only his surname be used for fear of being arrested for illegal sexual activity, admits to being sodomized in prison and eventually contracting HIV.

While serving time in Mukobeko Maximum Security Prison on a manslaughter charge, his sexual activity was not for pleasure, he says.

“I did it for food and comfort because none of my relatives visited me for the nine years that I was in prison,” Sakala says. “I needed to survive.”

Prisoners’ rights organizations in Zambia are campaigning to raise awareness about the reality of sexual activity in prisons. People who have same-sex relations are considered criminals in Zambia and can be imprisoned. Last December, shortly after two men were imprisoned for their relationship, United States Ambassador to Zambia Daniel Lewis Foote was recalled from his post after openly criticizing the government’s punitive stance against homosexuality.

Meanwhile, Zambian prison officials struggle with a system they say isn’t built to accommodate holistic approaches, like providing condoms to prisoners or allowing conjugal visits, which are intended to maintain good physical and mental health or prevent illness.

And with the global emergence of the coronavirus, the ability to manage and protect the health status of inmates is becoming more difficult with each passing day.

Living With HIV in Prison

Sakala says his health began to fail during his fifth year of incarceration, when he was diagnosed with HIV.

“Learning of my HIV status was very disturbing,” Sakala says. “Counseling was provided, but the pain was too much to bear. I suppose my failure to accept my status was killing me slowly.”

The World Health Organization estimates the global HIV prevalence rate for prisoners to be 3%. However, the HIV prevalence in some prisons is 15 times higher than in the world’s general population.

Learning of my HIV status was very disturbing. Counseling was provided, but the pain was too much to bear. I suppose my failure to accept my status was killing me slowly.Sakala, who served time in Mukobeko Maximum Security Prison on a manslaughter charge

Dr. Chisela Chileshe, commissioner general for the Zambia Correctional Service, says one of the main sources of HIV infection among inmates is sodomy, which he says occurs in secret. In Zambia, admitting to sodomy, whether in or out of prison, can result in a jail term of 14 years, based on penal code language condemning people who “have carnal knowledge of any person against the order of nature.”

Prisoners’ rights organizations say these laws date back to the colonial era and must be changed. Meanwhile, they are campaigning to address the sexual needs of incarcerated people.

Allowing inmates to have conjugal visits with their spouses or partners, for example, could help reduce acts of sodomy in prisons, and as a result, slow the spread of HIV, says Derrick Malumo, executive director of the Prisoner Reintegration and Empowerment Organization.

But if conjugal rights were introduced, condoms would have to be made available to avoid creating yet another set of problems, Chileshe says, which opens the system up for more controversy.

Chileshe says prisons don’t currently supply condoms because religious groups and the public would consider that action to be promoting homosexuality.

He agrees that the overall well-being of inmates should be considered. But he says the Zambian prison system isn’t able to accommodate holistic approaches.

“When we talk about conjugal rights, we are not just talking about sex, we are talking about one having time with family,” Chileshe says. “But at the moment that cannot be done — our facilities have no capacity.”

The Threat of Coronavirus

While prison officials and prison advocates weigh the cost of providing protection against the spread of HIV, another potential crisis is beginning to take shape: the coronavirus pandemic.

But the strategy for tackling this potential crisis is much more straightforward, Chileshe says.

“In view of COVID-19, we have restricted movements of inmates and public visitation. We are no longer allowing visitors to the prisons,” Chileshe says. “They can come and leave any items that they have brought, but entry is restricted. We do not want the outsiders to bring the disease or the insiders to infect the outsiders.”

Chileshe says prison medical staff are providing prisoners with COVID-19 information on how to avoid contracting the virus and keep themselves healthy.

The health and psychological threats to prisoners created by the spread of HIV and the risk of the imposing coronavirus also affect the well-being of their families.

Kangwa, who asked that only her middle name be used to avoid discrimination, says conjugal visits would help her family. Her husband has been incarcerated since being convicted of theft last year.

“I don’t know how long my husband will be in prison and for how long I will wait. These situations breed problems because even when I wait, my husband might not believe that I waited for 10 years without sex,” Kangwa says.

When we talk about conjugal rights, we are not just talking about sex, we are talking about one having time with family. But at the moment that cannot be done — our facilities have no capacity.Dr. Chisela Chileshe, commissioner general for the Zambia Correctional Service

Condoms and conjugal rights probably won’t be granted soon, Chileshe says. In the meantime, the correctional service conducts mass screenings for HIV when prisoners arrive. Those who test positive are put on a treatment regimen.

“This ensures that those who are positive have their viral load suppressed through medication so as to not transmit the virus to other people,” Chileshe says. “We also teach the importance of abstinence, and that one should not exchange sex for food and sleeping space.”

But former inmate Sakala says officials ignore the reality of life behind bars.

“Food is scarce in prison, and sometimes there is no food at all, so you have to find a means of surviving. Even sleeping space has to be bought at times, so one needs money for this,” Sakala says.

“Abstinence is not possible given the current inhumane conditions in prisons.”