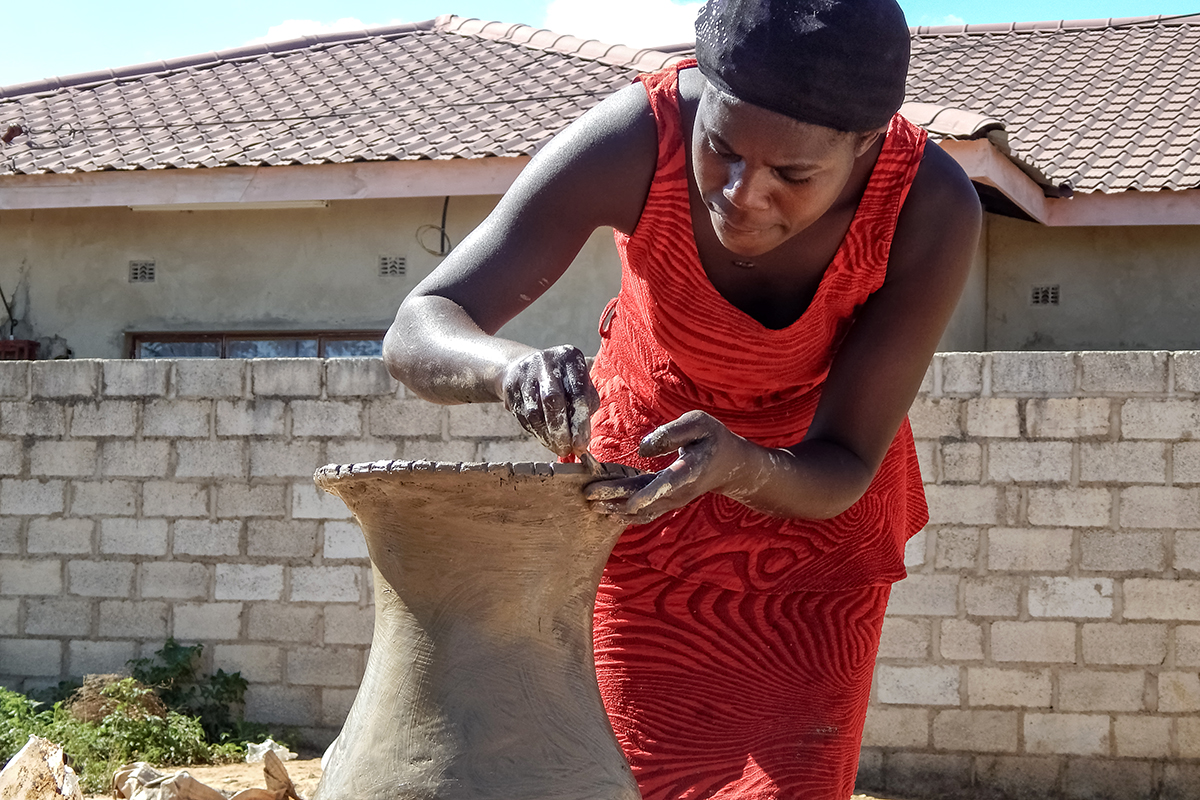 LUSAKA, ZAMBIA — “At a tender age, I saw my mother make clay pots,” Agness Kaoma says, as she sinks her fingers into a large ball of clay.

When Kaoma, 20, started attending secondary school, she never imagined that she’d become a business owner a few years later, doing the same thing that her mother used to do. Kaoma, who sells flowerpots from her home in Lusaka, the country’s capital, perfected her pottery craft in school.

A revised curriculum in secondary schools is helping students to develop entrepreneurship skills. Seeking to curtail youth unemployment, the government incorporated skills-based classes into the system. But newly formed businesses are growing slowly, some entrepreneurs say.

Despite government efforts to improve learning outcomes, challenges abound within the education sector and beyond.

The misalignment of education and labor market needs has made it difficult for Zambia’s youth – those between ages 15 and 35 – to get formal jobs. The unemployment rate among this growing group is 10.5 percent, exceeding the national average of 7.4 percent, according to the Zambian Governance Foundation, a local nonprofit. 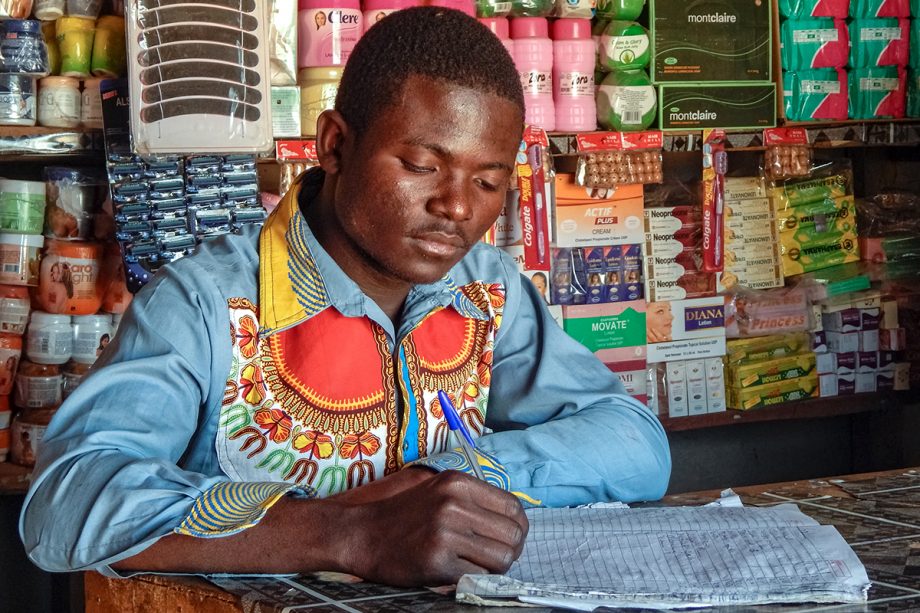 Entrepreneurship classes in Zambia’s secondary schools are helping entrepreneurs such as Victor Chilambwe to open small businesses. He owns a grocery store in Mtendere, a township in the capital.

In 2014, the government adopted a new approach to tackle youth unemployment: skills-based learning. Students at public secondary schools are required to take at least one skills-based class, says Henry Tukombe, permanent secretary for the Ministry of General Education. In private schools, such classes are voluntary.

“Our education system was so much tailored for white-collar jobs,” Tukombe explains. “But we realized that we can’t keep going that route, because the job market could not employ all graduates.”

It’s been four years since the government move, but an evaluation has yet to be conducted, the official says.

“It is too early to evaluate the impact of the new curriculum, but we have positive indicators showing that young people are benefiting from these skills,” Tukombe says, citing examples of self-employed carpenters, cooks and farmers.

Advocates agree. Vivian Ngosa says she didn’t have an opportunity to learn how to run a business before setting up her restaurant 11 years ago. Keeping the restaurant open has been challenging.

“I wish I had basic knowledge on how to run a business professionally. I would have grown my business in no time,” she says.

Our education system was so much tailored for white-collar jobs. But we realized that we can’t keep going that route, because the job market could not employ all graduates.Henry Tukombe, permanent secretary for the Ministry of General Education

Victor Chilambwe, 22, owns a grocery store in Mtendere, a township in the capital. He says he was inspired to open the store after taking entrepreneurship classes in secondary school.

“After school, I worked as a security guard for six months, just to raise capital for my small business,” he says. “The business has grown over a few months.”

On average, Kaoma earns 2,000 Zambian kwacha ($194) per month from selling flowerpots. She says this amount of money is less than what she would have earned as a nurse, which was her dream job for many years. But for the young entrepreneur, managing a business is rewarding.

“I learned how to save money, build a business and market my products,” she says. Kaoma hopes to expand and export her products. “I want to employ, not to be employed,” she adds.

But Kaoma has a long way to go before reaching this goal. A lack of capital is stalling growth for entrepreneurs like her, she says.

“I need a lot of money to expand,” she says. “Saving would take a very long time to grow the business.” Studies indicate that only 2 percent of youth entrepreneurs in Zambia have been in business for more than three and a half years, and one reason is a lack of state support.

However, youth entrepreneurs can get funding through the Citizens Economic Empowerment Commission, a government body working to increase economic participation among young people and other marginalized Zambians, says Kennedy Muma Mukupa, public-relations officer with the Ministry of Sport, Youth and Child Development.

Mukupa says that many young people do not know where to get loans for their businesses, so the ministry is raising awareness.

“That is why we use every available platform to give them information about empowerment,” he says.