Skip to main content
The story you are reading was published on Thursday June 8, 2017. To read more recent stories click here. 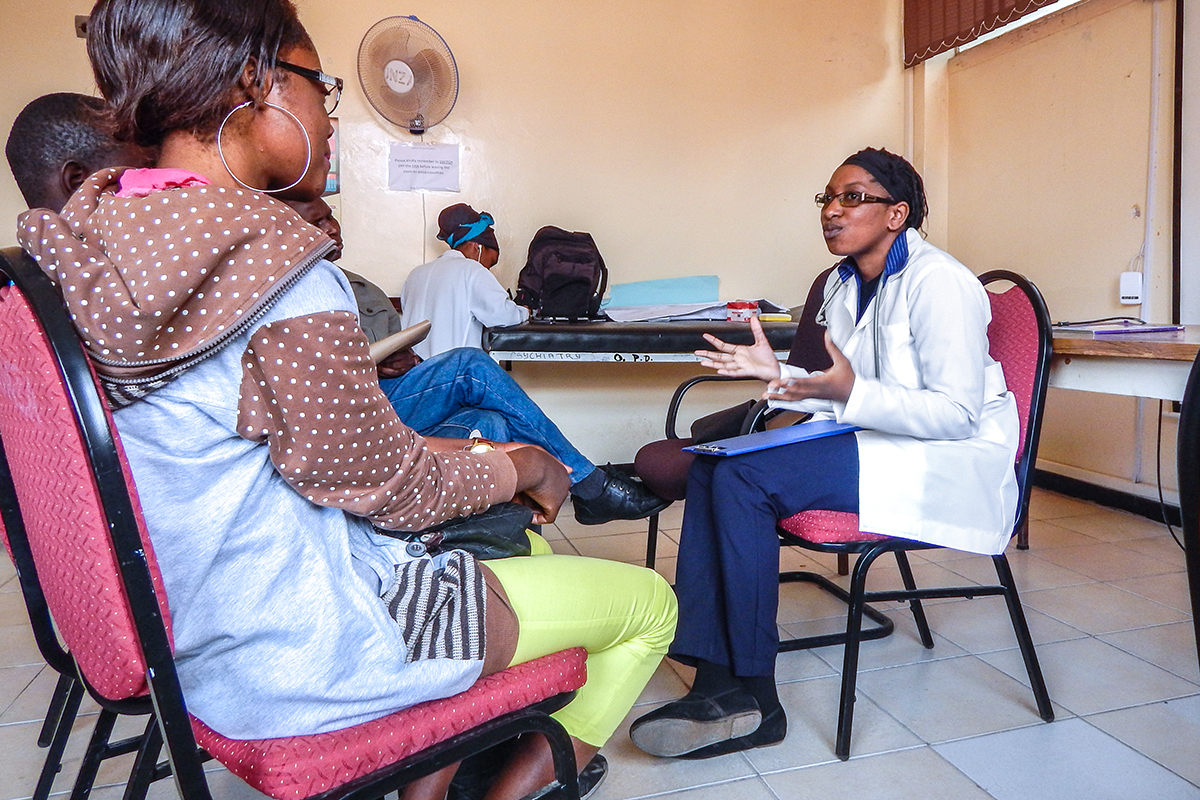 LUSAKA, ZAMBIA — Dressed in a white coat, a stethoscope slung around her shoulders, Hope Sikuka walks the corridors of the University Teaching Hospital to Clinic Six, the psychiatry and epilepsy department.

Two clients are waiting for her. Many come to speak about their children with epilepsy, a neurological disorder that affects 43,835 Zambians, according to the Ministry of Health.

Epilepsy Worldwide and in Zambia

Epilepsy is one of the most common neurological disorders worldwide, affecting 50 million people, according to the World Health Organization.  Nearly 80 percent live in low- and middle-income countries.

In Zambia, it’s one of the top noncommunicable disorders and is the third most prevalent health issue after hypertension and asthma, according to Zambia’s Ministry of Health. The latest government data available show that in 2012, 43,835 Zambians had epilepsy.

Sikuka has defied the odds. Children in Zambia with epilepsy are less likely to go to school, according to a 2008 study in the journal Epilepsy & Behavior, which found the disorder was stigmatizing, falsely regarded as contagious and at times perceived as a spiritual problem.

Some strides have been made since then, but discrimination continues. In 2013, 39 percent of mothers of children with epilepsy in Zambia said their children were stigmatized because of the disorder, according to a separate study.

“Children with epilepsy face a lot of stigma because when they start having a seizure, they start jerking and a lot of people become very apprehensive and run away, unfortunately even teachers run away,” says Anthony Zimba, president of the Epilepsy Association of Zambia.

Zimba says his organization conducts workshops with communities, teachers, parents and pupils, but more needs to be done to get rid of the myths and negative attitudes that surround epilepsy. Although information and education in Zambia is growing, some children still become depressed and pull out of school because of the stigma, he says.

After talking to Sikuka, Lilian Nyirenda, a parent whose child has epilepsy and mild cerebral palsy, says she felt encouraged that her 9-year-old son has a future in school.

“She gave me hope that my son too could make it in school,” Nyirenda says.

Nyirenda, who teaches at Kabulonga Girls Secondary School says many parents deny their children education because of epilepsy.

“I have come across many parents that refuse to take their children to school because of epilepsy, most parents just want to keep them indoors and those that are already in school are withdrawn,” she says.

For Sikuka, stigma from both her peers and teachers did not deter her from school, though she faced many challenges.

“When I was in grade 12 my seizures became frequent and the headmaster of the school I was at told my parents that I needed to be withdrawn from school,” she says.

Sikuka says the head teacher was concerned that her illness would spoil the reputation of the school and scare other pupils. But with the support of her parents, she managed to stay in school.

Sikuka says her grade 12 results were not impressive as she was often ill.

She then decided to re-take exams in math and science until she received credible results that enabled her to enroll in the University of Zambia to study physiotherapy.

Although life at the university has not been easy, Sikuka says her aim is to encourage other children with epilepsy to fight on and get an education.

“I tell them that their children too could achieve their educational dreams,” she says.

The Ministry of General Education warns of disciplinary measures against teachers that stigmatize children with epilepsy.

“We expect teachers to embrace every child whether in good health or not because their role is to ensure that they nurture this child to become a responsible citizen,” says Hillary Chipango, who when interviewed was the spokesman for the Ministry of General Education.

As a teacher, Nyirenda says she talks to pupils and fellow teachers about epilepsy to make them understand that the disease is not contagious.

“I make sure I make the pupils and teachers understand epilepsy,” Nyirenda says.