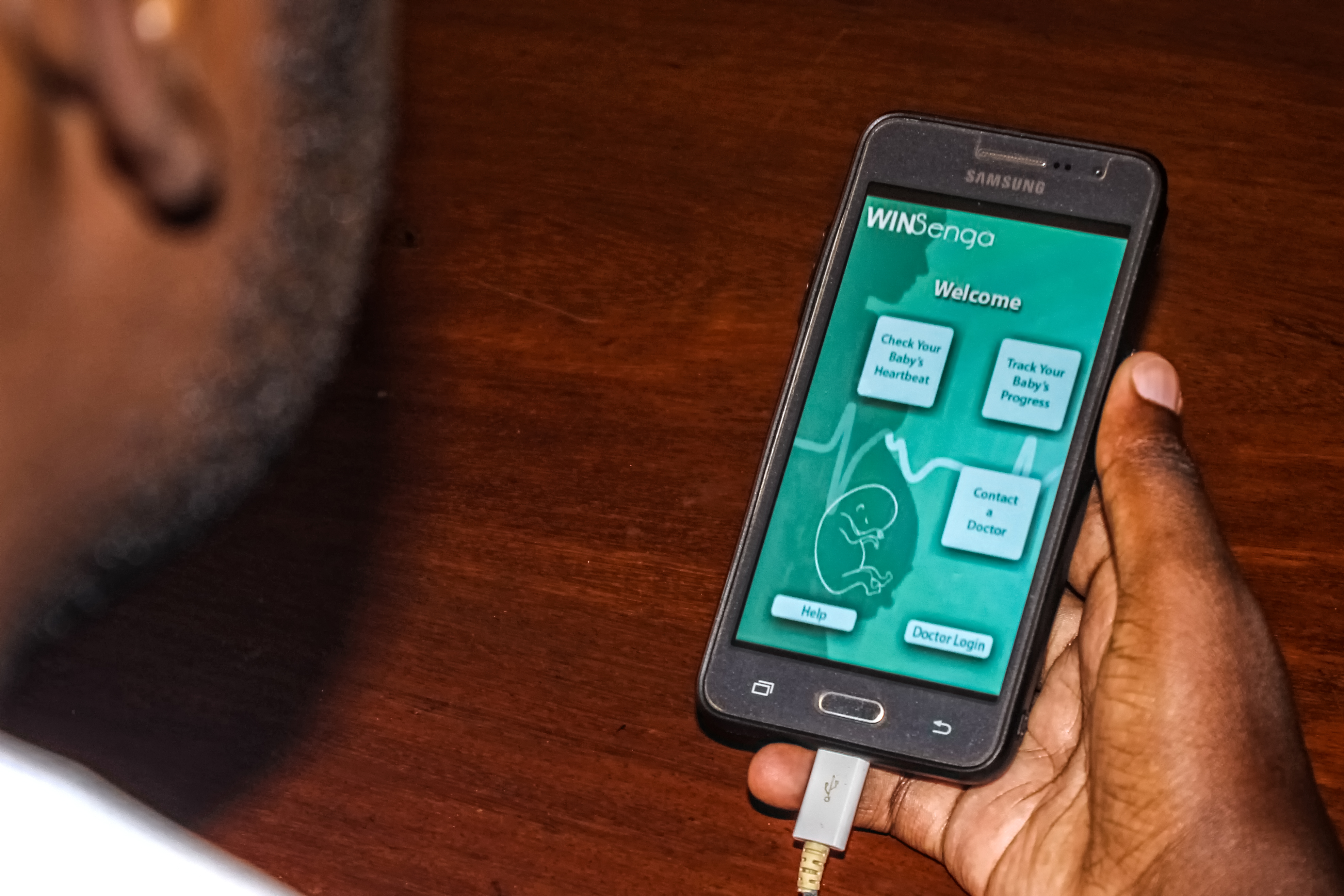 KAMPALA, UGANDA – Since 2011, Joshua Okello has been on an international tour, winning awards and gaining recognition as an inventor and entrepreneur.

Okello and two of his friends invented a horn-like device that monitors fetal heart rate and movement when connected to WinSenga, the smartphone app they developed.

“Overall this has been a golden experience, getting awards and being recognized for our innovation internationally,” Okello, the winner of Microsoft’s 2012 Imagine Cup Grant, says. “But the truth is that it’s not possible to succeed as a health entrepreneur in Uganda.”

While digital innovation is a growing part of East Africa’s health-care sector, growth is limited among early-stage health startups in Uganda. Despite living in one of the most entrepreneurial countries in the world, some Ugandans say they have given up entrepreneurship, turning to formal employment in other sectors. They cite limited access to financing and the absence of an e-health policy to regulate the healthcare sector as records and services become available online. But officials say the government is taking steps to help health entrepreneurs thrive.

Among the most prominent challenges that Uganda’s health-care sector faces is lack of funding. For years, the government has steadily increased its funding for the sector, but, as of 2014, it still allocates less than 10 percent of its budget to health care, according to the World Health Organization.

National health insurance has long been debated in Uganda but has not been implemented. The current government plan aims to offer public health insurance to an estimated 2 million employed Ugandans, or 6 percent of the population.

Private and community-based health-insurance schemes exist but are only available to a small portion of the population, according to the Universal Health Coverage Assessment Uganda, published by the Global Network for Health Equity in 2014.

But even though Uganda outlined steps to grow its e-health sector in a 2013 three-year strategic plan, challenges persist.

Overall this has been a golden experience, getting awards and being recognized for our innovation internationally. But the truth is that it’s not possible to succeed as a health entrepreneur in Uganda.Joshua Okello

WinSenga, the now seven-year-old innovation, is yet to undergo large-scale clinical trials among pregnant mothers and midwives in hospitals and health care centers across the country. Okello says feedback from these trials would help him and his team make changes to WinSenga before making the app and device available to the mass market.

But securing funding for this step has been difficult. Okello says an estimated $500,000, or 1.8 billion Ugandan shillings, are needed to fund the clinical trials, which he says he has been trying to complete for the past two years. Donors and investors, often foreign, tend to provide funding to health entrepreneurs once their apps or devices have been through trials or they manage to make some sales, he explains. This proves that there is a high demand and that the innovation works efficiently.

The entrepreneurs have been offered upwards of $1 million USD (3.6 billion shillings), but investors want to see clinical trials before investing, he says.

James Walusimbi, 29, who created a mobile app in 2013 that allows users to access information about various contraceptives available in Uganda, says he is no longer a health entrepreneur because it was challenging to grow his business without money.

“It is frustrating being a health entrepreneur in Uganda because there is only so far you can go,” he says. “I took up a corporate job after my innovation because I realized it was not going anywhere in Uganda, despite the initial recognition.”

While officials admit that Uganda’s e-health sector is not well funded, they say the lack of capital is not the only reason why entrepreneurs struggle to get their businesses off the ground.

“The majority of health care innovations in Uganda continue to remain at pilot stage because of lack of knowledge of their domain, they are not seeking guidance from relevant authorities, lack of interest from the public about technology,” says Eddie Mukooyo, Assistant Commissioner for Health Services at the Ministry of Health.

Despite delays in policy developments in the e-health sector and limited health care funding, among other challenges, some entrepreneurs say their businesses are growing.

In 2013, Phillipa Makobore created the Electronically Controlled Gravity Feed Infusion Set, an intravenous-fluid dispensing device that controls the flow of fluids based on feedback from a drop sensor. Makobore is now conducting clinical trials of her device.

“We worked on the ECGF for four to five years,” she says. “That is a long time but we were patient and persistent, engaged the right regulators and were able to get a waiver from the National Drug Authority despite the fact that medical devices are not regulated [in Uganda].”

Successes like these make some hopeful about the future of the country’s health sector.

“The positive about WinSenga is that it has at least influenced dialogue,” Okello says.

Entrepreneurs will be able to apply for funding from the Ministry of Health through different partners once an e-health policy, ­currently being debated by the cabinet, is rolled out, Mukooyo says.