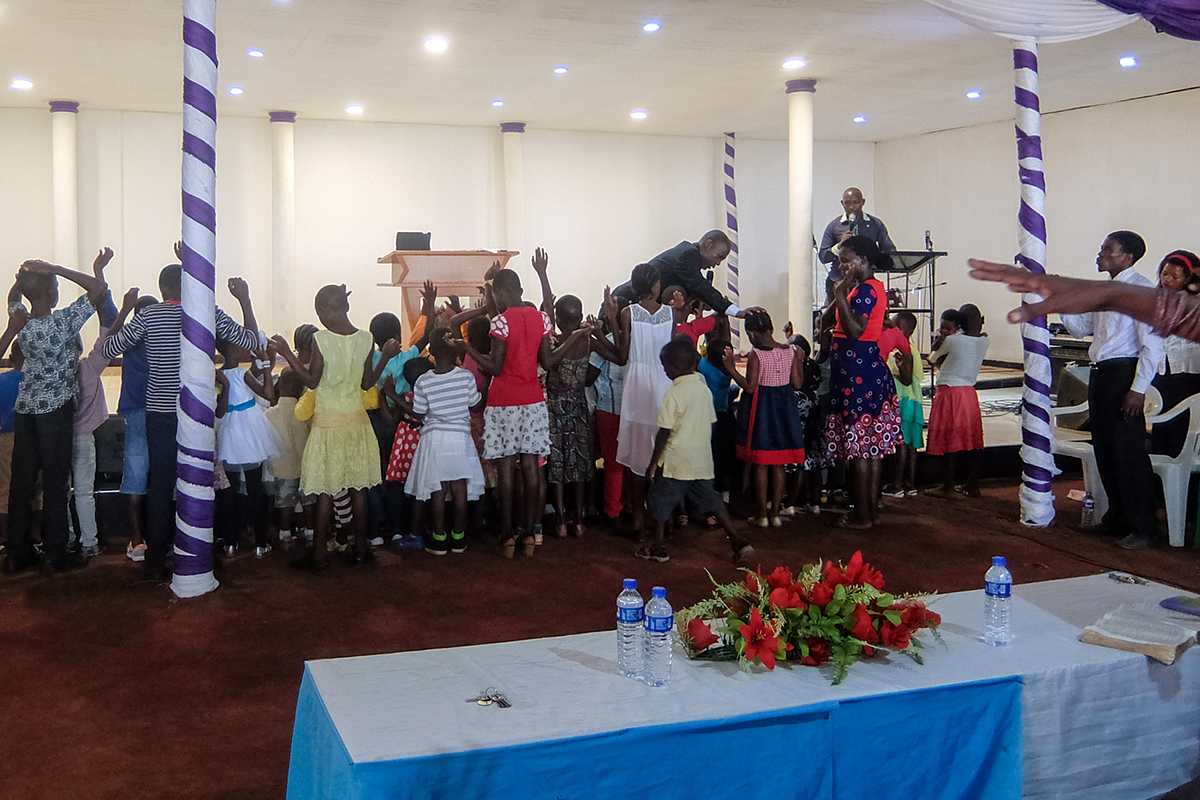 So when her pastor began to preach from a certain Bible passage at a church service, she took the message to heart. The pastor told the story of a widow who gave the little food that she had to the prophet Elijah. That widow’s needs were met, he said, by God.

Then, Olwor joined a line of people making their way to the front of the church. She handed the pastor the envelope. He placed his hands on her and chanted blessings.

Olwor went home and waited for a promotion or job offer, but neither came.

“I waited for blessings in vain,” she says. “I had no rent.”

Olwor’s church advised believers to give something so they would receive blessings, whether cars, jobs or promotions. Olwor heeded that advice, to her detriment.

“I used to walk to work and arrive late because I did not have even money for transport,” she says. “I almost lost even the small job I had.”

Olwor is not the only one who has had such an experience.

The rising number of complaints has resulted in a proposed law by the Ugandan Ministry of Ethics and Integrity which could require pastors to get formal theological training, says Simon Lokodo, the Minister of State for Ethics and Integrity in the office of the President. He says the law would protect Ugandans from falling victim to unscrupulous, self-styled religious leaders who exploit their congregants.

“The law will ensure these people don’t take advantage of the faithful who are desperately looking for God’s blessings and willing to give anything, including their lives,” Lokodo says.

Criminal behavior is also more prevalent in churches where leaders have no formal theological training, he says.

The law, known as the National Policy on Religious and Faith-Based Organisations, would require church leaders to attain theological training from a government-recognized institution before operating a church. Church leaders would also be required to declare their source of income to promote financial transparency. Churches started without government permission would face closure, Lokodo says.

“We need the basic minimum,” Lokodo says. “We don’t care where you go for training. We want to be sure that whoever takes the position must have some training.”

In Rwanda, a similar law adopted in July led to the closure of many Pentecostal churches.

But there’s another reason why Ugandan leaders are keen to follow Rwanda’s example. In March of 2000, Joseph Kibwetere, the leader of the Movement for the Restoration of the Ten Commandments of God, instructed believers to prepare to go to heaven. What followed was a horrific religious massacre, in which 1,000 members of the church in the district of Kanungu were burned to death. Though it occurred nearly two decades ago, the Ugandan government does not want a repeat incident.

Many pastors bristle at the proposed law.

Pentecostal church leaders say the proposed law is discriminatory. They note that Pentecostal churches in general do not require training, but rather believe that a calling from God is enough for a person to be established as a pastor and lead a church. They point to Rwanda’s church closures as a warning of what will happen in Uganda if the proposal becomes law.

“As Pentecostals we first get calling, then get trained later,” he says.

Bethuel Ssebyala of Omega Healing Centre, a Pentecostal church, says the new law assumes that pastors who don’t have theological training are disorganized. The law could interfere with freedom of worship, as various churches take different approaches to determine how church leaders are appointed, he says.

“We get call from God. Training should not qualify us,” he says. “The calling helps us to minister better. Training does not call me into ministry. Some are loaded in the brain, but their heart is far from God.”

Ssebyala agrees that training can be beneficial. Some training centers for Pentecostal pastors already exist in Uganda. But he says church leaders should not be forced to receive training organized by religious affiliations other than their own.

“It is good that a pastor should be trained, but what type of training?” He says. “Does [Lokodo] want us to be trained as Catholics since he is Catholic? We have our own Bible training centers. I attended one and it transformed my life and our pastors mentor us.”

Ssebyala suggests that in lieu of the proposed law, the Ministry of Ethics and Integrity should prosecute church leaders that engage in criminal activities.

“Let them track churches that are duping their flock,” he says. “They are the ones who licensed them so they can get them, then they can use police systems to deal with those who are misbehaving. We don’t need a new law.”

Frederick Semazzi, a senior pastor at Amazing Grace Christian Assembly, a Pentecostal church, says the government should not interfere in how churches run their affairs.

Semazzi believes that the existing penal code, which condemns criminality and provides penalties, could be used to discipline wayward church leaders.

“Recently we had church leaders charged with defilement and neglect of children,” he says. “They can use the same laws they are using to handle church leaders who commit crimes.”

It’s not just pastors who say some church leaders are well-qualified, even without formal training.

Jane Karungi, a mother of four children and a retail business trader in Makindye, says she has followed the teachings of Jesus Christ for 15 years. When she met Henry Bangirana, the pastor of Miracle Church, she had separated from her husband and had no job and no money to pay her children’s school fees. She says the Pentecostal church welcomed her.

“They received me and prayed for me,” she says. “The whole congregation started contributing school fees for my children as a church.”

Karungi says her pastor does not have any theological training, but she was still able to learn how to pray for herself there. She says those prayers resulted in her first job cleaning and packing bed sheets at a textile factory.

Karungi is now considered one of her church’s leaders.

The proposed law is currently in the consultation stage. This means that people who might be impacted by it can weigh in on how it might work best. Lokodo says some Pentecostal church leaders have been involved in that consultation process.

The law is necessary, Lokodo says, because many people have come to him to complain about exploitative pastors.

“It’s as a result of an outcry of the people,” he says. “They tell people not go to school, not to dig, not to do anything. They are misleaders, not leaders at all.”