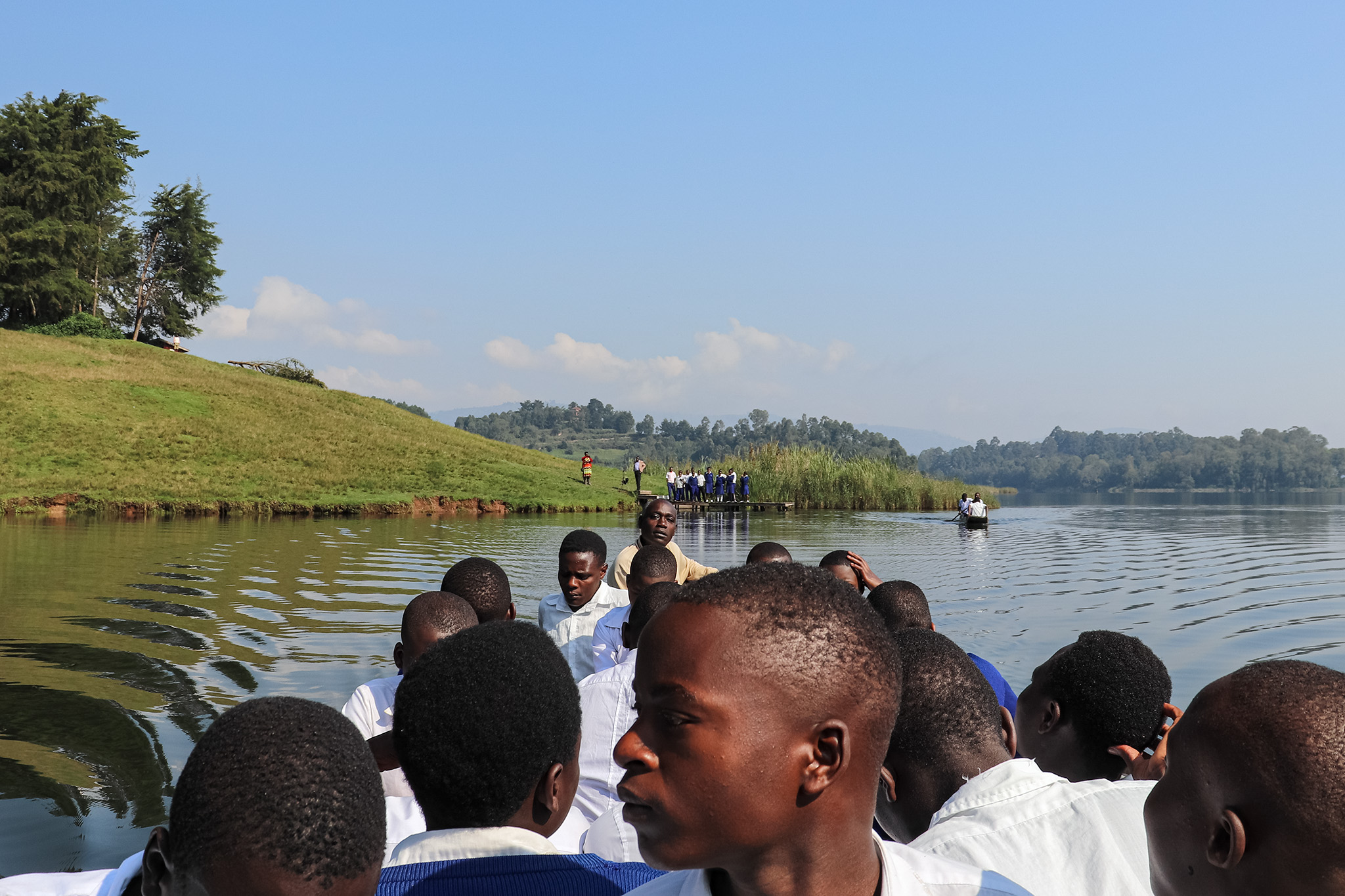 KITOOMA, UGANDA — Before he goes to bed, Alex Habyarimana reminds his mother, Lydia, to sleep lightly.

“If she forgets to remind me, then my day will be messed up,” the 17-year-old says.

He is a day scholar at Lake Bunyonyi Secondary School, Bwama, which is located in the middle of Lake Bunyonyi.

Getting to school every day is, well, complicated.

When he sets off each morning, it’s still dark.

“I move through the familiar route more by heart than by daylight,” he says.

He walks 9 kilometers (5 miles) to the lake, where he takes a canoe.

But some mornings, Habyarimana says, when he reaches the lake, the canoes have come untied and been swept from the dock by the current. He has to wait for a canoe to blow back in his direction.

Sometimes, he gets lucky and another one passes by. 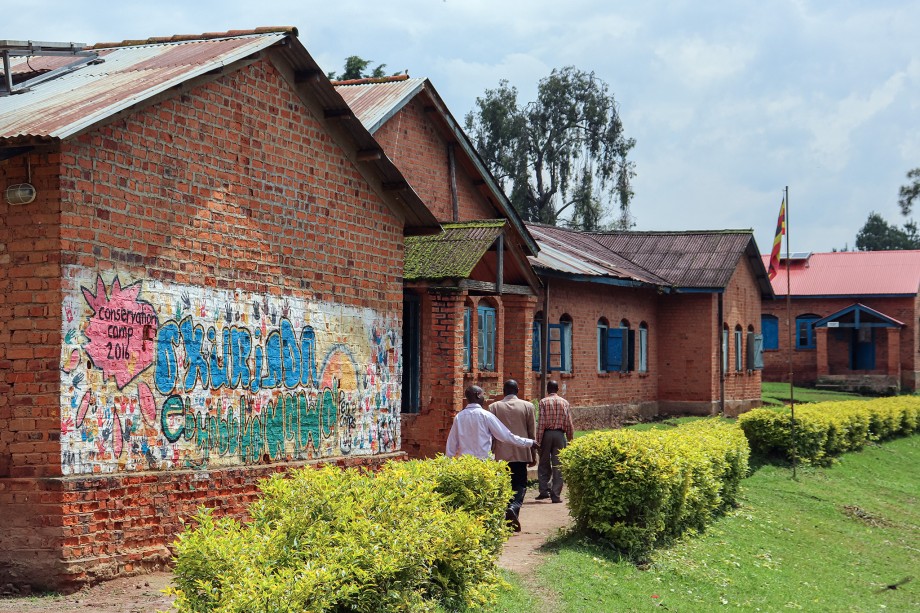 The school, a former leper colony building, serves 280 students, about 180 of whom live on campus.

Lake Bunyonyi Secondary School, Bwama, is the only government school that serves the residents of the 29 islands that dot Lake Bunyonyi. The school, a former leper colony building, serves 280 students, about 180 of whom live on campus. The rest of the student body and most of the school’s faculty make a difficult daily commute.

That creates a host of problems, says Nicholas Kajumba, the school’s head teacher. Staffing and attendance are the two largest issues. But it’s difficult to find teachers to work here, he says.

The school employs seven permanent teachers, though they should have 23. The lake’s “mood swings” are daunting and too difficult for most to endure on a daily basis, he says.

Plus, teachers have no incentive to make the trek.

Typically, teachers with long commutes receive a monthly bonus of 30,000 Ugandan shillings ($8.35). But travel to this school doesn’t meet the distance threshold for the bonus, despite the conditions and difficulty of the trek.

“So the Ministry of Education has refused to give us the hard-to-reach allowance,” Kajumba says.

He says the government has advertised teaching jobs at the school, but even in ideal circumstances, recruiting teachers can take years.

“The teachers who are posted there always bounce back to the mainland,” he says. “Some have quit the profession rather than stay there.”

Kajumba says he is violating a national policy that requires a head teacher to change schools every 10 years. He’s been here longer than that, but he was not transferred because no one was willing to take his place. So, he stays. 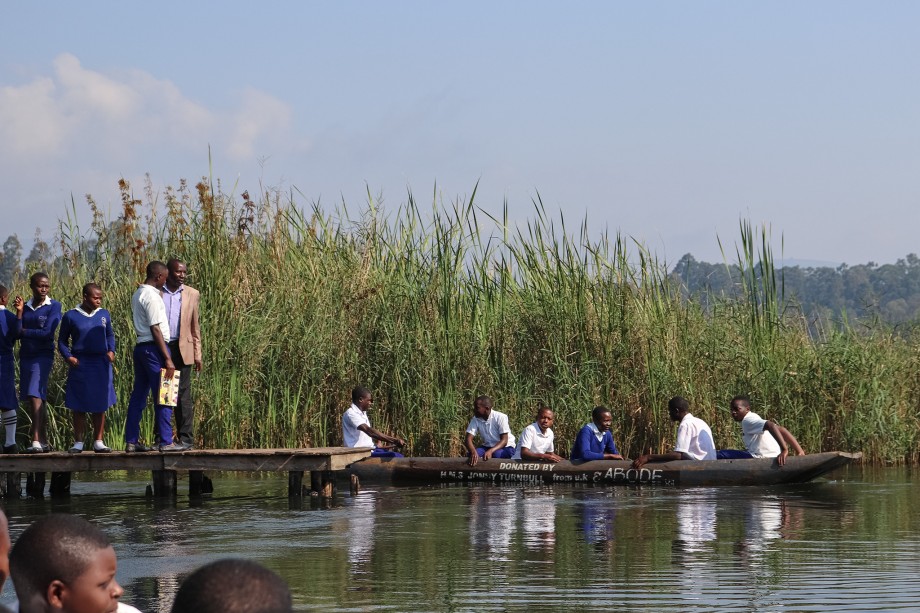 Students at Lake Bunyonyi Secondary School rely on donated canoes to traverse the lake to get to and from school.

A lack of teachers isn’t the school’s only challenge.

“A child should move for at most 3 kilometers (2 miles) to maintain concentration at school, otherwise his mind will be clogged with the events he met on the way,” he says.

But for these students, getting home is far more worrisome than getting to school.

“Not until I get home am I relaxed, because crossing the lake is no ordinary affair,” says Caroline Korishaba, 16, a student. She says making the trek across the lake as evening approaches is always worrisome.

Kajumba says he struggles to discipline students for missing classes, especially since teachers are often absent too – especially during the rainy season, when some parents don’t let their kids commute to school because it’s too dangerous.

“I stop my child from going to school when the sky becomes dark. They could drown on the lake,” says Kyarikunda Flora, mother to a 16-year-old student.

“I would rather have an illiterate child than an educated dead one,” she says.

When it rains in the afternoon, Kajumba makes provisions for students to sleep over.

But between July and October, the lake has large waves due to hot temperatures.