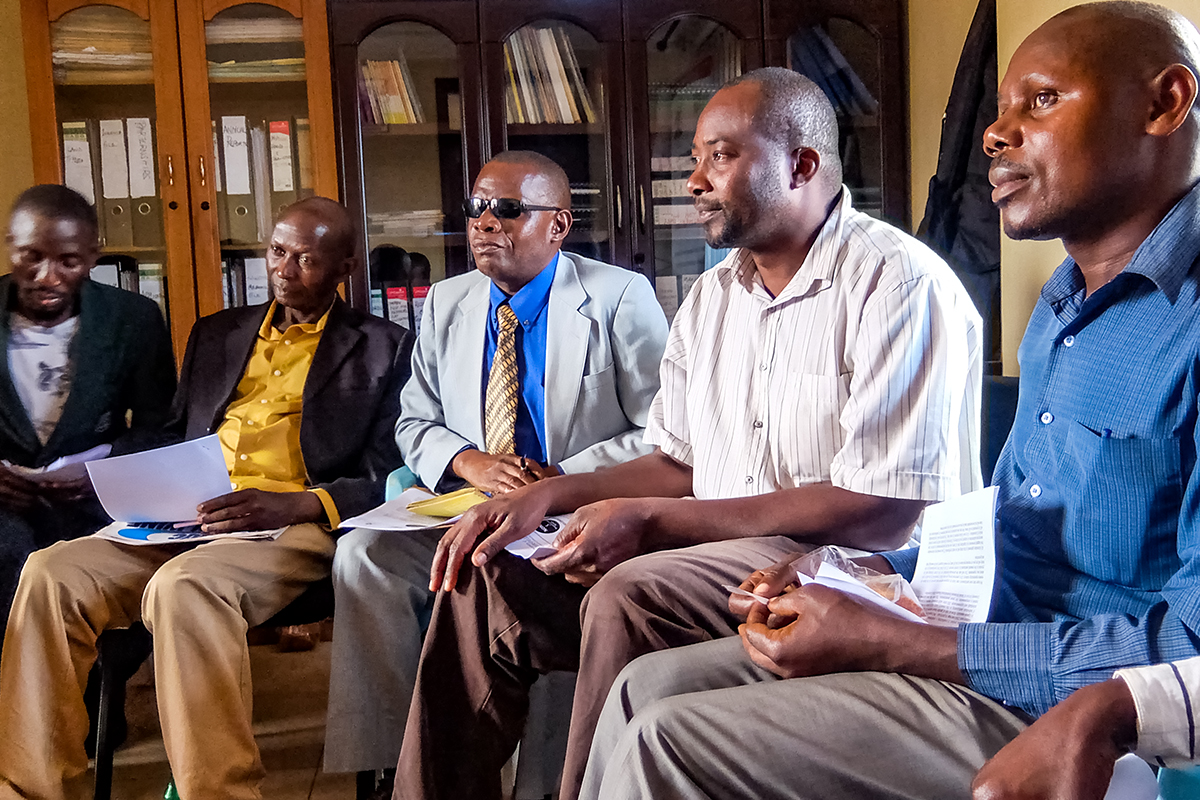 KAMPALA, UGANDA — Two years ago, Fred Mugerwa says his wife tried to stab him with a knife, after he had confronted her about her infidelity.

“She used to come home late. I learned she had another man,” he says, looking down at a scar on the pinkie finger of his left hand, where he sustained an injury from the altercation. The father of four had suspicions long before the incident, he says, adding that his wife had thrown plates at him when they had argued in the past.

Hours after the late-night quarrel, Mugerwa moved out of his home and made a decision that many of his male friends wouldn’t have: He filed a report at his local police station, he says.

Nothing ever came of it.

But a support group for men who experience violence has allowed Mugerwa and his wife to repair their relationship, he says.

In recent years, Uganda’s authorities have stepped up to protect and support women who experience spousal violence, as more than half of the total female population has experienced spousal violence, according to 2016 government data. However, men subjected to physical and emotional violence in their homes say they have been left behind. Men’s Forum Against Domestic Violence Uganda (MFADVU), a local nonprofit, is trying to change that through its nationwide network of support groups.

Though women and young girls are most at risk of emotional abuse and physical and sexual assault, Lauben Muhabuzi, executive director of the nonprofit, says violence against men and boys occurs more often than people know. But many of the men experiencing violence are ashamed to go to the police or seek help, for fear of stigma.

“If a man walks to a police station and says, ‘I have been beaten by my wife,’ the police officers can even first laugh and then later ask you to make a statement,” Muhabuzi explains.

Setting up support groups in places such as churches and schools make it easier to offer the men the resources and services they need to heal, says Muhabuzi, who created MFADVU in 2014.

In a 2011 nationwide survey, nearly 60 percent of Ugandan men ages 15 to 49 said they had experienced some form of physical violence.

Mugerwa’s wife joined him at one of six MFADVU support groups in Kampala, Uganda’s capital, where they received counseling from the group leader.

Joseph Matovu belongs to another support group in Kampala. After 30 years of living with the mother of his son, he decided to marry the then-50-year-old in 2012. But he says their relationship turned sour months after the wedding when his wife, Esther Matovu, asked him to write his will and include a list of the properties he planned to leave behind for her and their son.

In Uganda, a woman can acquire users’ rights to land that her husband owns. Esther Matovu says her husband denied the request, which made her lose trust in him.

“Suppose he dies, and you find he had other children, and he has not left you with anything,” she says. But Joseph Matovu says he chose not to fulfill his wife’s request because he didn’t think it was the right time to do so.

Matovu says his son threatened kill him if he didn’t write the will and his wife became emotionally and physically abusive toward him.

Concerned for his safety, Matovu took off.

“I left the house with only a shirt and pants,” he says.

A year later, Matovu found out from a friend about MFADVU. As was the case with Mugerwa, Matovu’s wife agreed to go with her husband to weekly counseling sessions.

He says he was urged by the group leader and other members to write the will. He finally agreed to it, and he says he plans to leave land worth 1 billion Ugandan shillings ($262,545) for his wife and son, in the event of his death.

“We are now on good terms,” he says of his relationship with his wife and son, adding that he hopes to return home soon.

Muhabuzi has hopes of his own, too.

“This NGO should have more radio and television talks, so that men know where to go when they suffer violence at home,” he says. But resources are limited. The nonprofit runs on donations from local human rights advocates and membership dues. There are 30 members, Muhabuzi says, and each of them pays membership dues of 150,000 shillings ($39) each month.

Muhabuzi says he is approaching embassies to solicit funding for media advocacy.