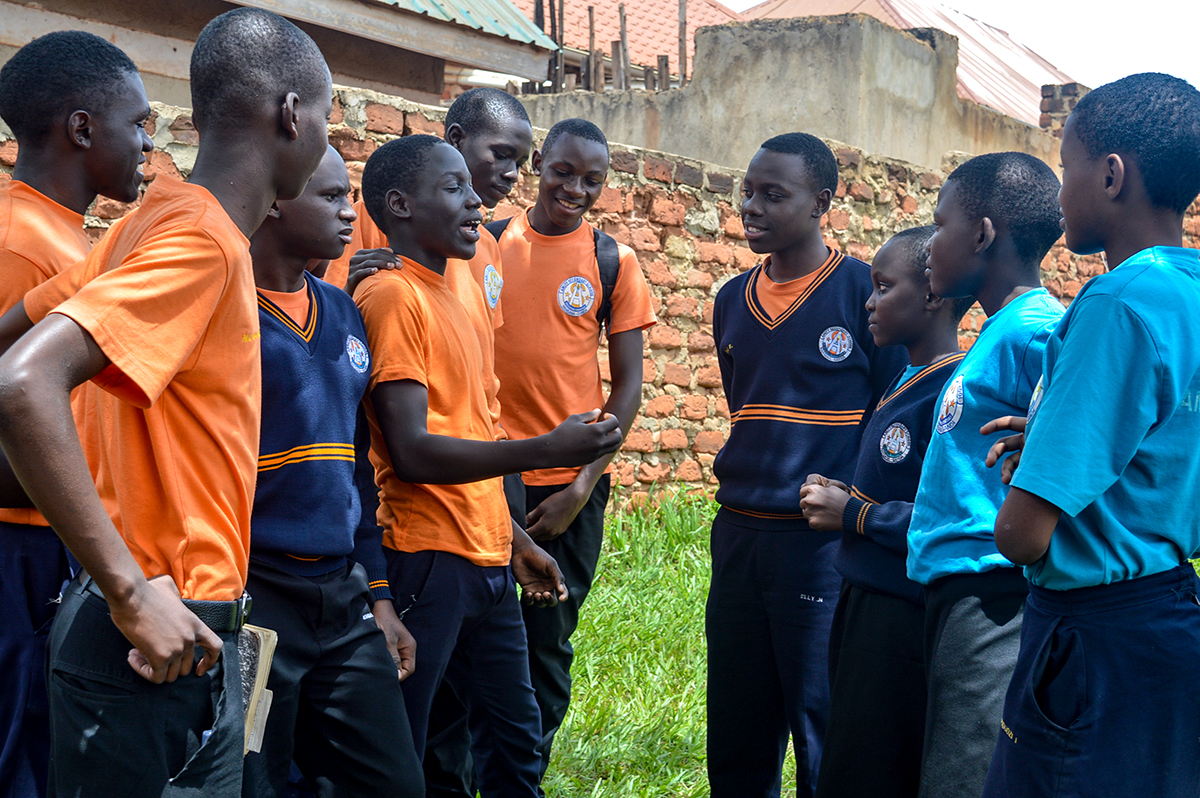 “We are human beings and don’t deserve that for the mistakes we make at school,” Kato says, adding that one of his teachers once lashed him 30 times in a row for swinging on a door.

As teachers hold onto illegal punishments, lawmakers and experts who have fought for many years to enhance learning in Uganda’s schools say the widespread practice is stalling student development and may be contributing to the country’s high dropout rate. But supporters of corporal punishment, who include faculty, parents and even some students, are convinced that caning corrects problematic behavior.

Corporal punishment was first outlawed in 1997, when Uganda, which has one of Africa’s most youthful populations, passed the Children Act. In the years that followed, human-rights advocates say children continued to face corporal punishment in their homes and schools. Other laws made it possible for parents, caregivers and teaching staff to administer corporal punishment as long they deemed it “reasonable chastisement.”

Corporal punishment in schools is legal in about one-third of the world’s countries, according to the Global Initiative to End All Corporal Punishment of Children. Ugandan legislators amended the Children Act in 2016, extending its corporal-punishment ban to all schools and colleges. But some say the government’s most recent attempt to end caning in classrooms is futile. These laws, which have historically made exceptions, still confuse many.

A 2011 study by the African Network for the Prevention and Protection Against Child Abuse and Neglect found that 81 percent of Ugandan primary-school students had been beaten by their teachers. In 2015, the percentage of grade schoolers who had experienced corporal punishment rose to 90 percent, according to a 2017 study published in Psychology, Health and Medicine, a medical journal.

Only 33 percent of Ugandan children complete primary education, according to government data. While many leave school for reasons beyond their control, such as their family’s inability to afford school fees, beatings and other harsh punishments discourage students from returning to their classes, says Patrick Muinda, who works for the Ministry of Education and Sports.

“No amount of caning enhances learning,” he says. “In fact, caning can be associated with failure, hence leading to dropout.”

Kato dreads going to school because of such punishments, which he says are ineffective. Gladya Namukasa, a psychologist, says corporal punishment demoralizes early learners and does not yield the results that teachers want.

“It reinforces rebellion, resistance, revenge and resentment” among students, Namukasa says. “If children associate school with canes, their learning abilities may diminish, and this may result to poor performance, as they see no reason for education and hence drop out of school.”

Juliet Kushaba, whose 12-year-old daughter has been caned by her teachers many times, says classroom caning humiliates students.

No amount of caning enhances learning.Patrick Muinda, who works for the Ministry of Education and Sports

But other local experts believe the ban is impractical. Without caning, students will misbehave, says Rasco Kasujja, a clinical psychology lecturer at Makerere University.

“There is much meaning in pain,” Kasujja says. “Some children will perform better when they have been caned. I lived that experience, was corrected, and I have no regret being caned.”

“I was shouting in class while the teacher was teaching, a thing I had been warned about but didn’t care much about,” the 12-year-old says. “I was caned on the buttocks three times with a stick, and I never repeated it again.”

“The intention of caning itself isn’t the problem, but how it’s administered. Too many strokes on any part of the body is wrong,” Kasujja says, adding that two to three cane strokes are enough.

But there’s no consensus on how much corporal punishment is appropriate: One instructor may think a certain punishment is reasonsable, but others will see the punishment as abuse.

The ban has failed because of broad support of corporal punishment from parents who also cane their children at home, Muinda says.

Christine Nabasumba, a mother of three, is one of them. Nothing but caning works in her home, she says.

After the 2016 ban, instructors at one private school in Ganda, a village in Uganda’s central Wakiso district, stopped caning students.

Mercy Mutengirehi, assistant director of studies at the school, says they punished students by making them sweep and mop classrooms. But those methods have not been effective, she says, so some teachers have returned to caning.