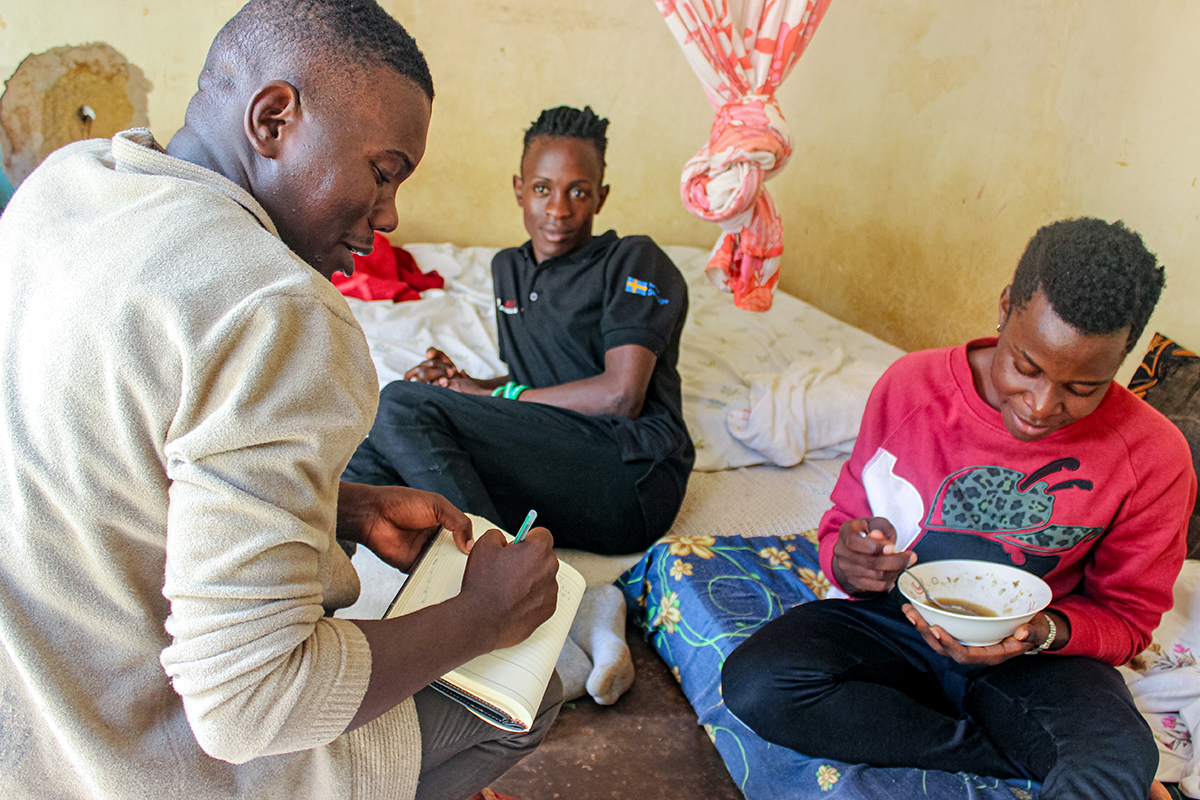 KAMPALA, UGANDA — The first time Shamim Namutebi was arrested, it was broadcast on the local news.

She says cameras were rolling while the police arrested her for the crime of impersonating someone else. Namutebi is a transgender woman, but she says the police accused her of being a man pretending to be a woman.

Namutebi says she’s been a target for police harassment ever since this first, very public confrontation with the law in 2015. She’s been arrested six times so far.

“My legal troubles have never ended,” she says. “I always anticipate the next arrest.”

Under Uganda’s penal code, transgender people can be charged with a number of different crimes. They are often charged with the crime of having sex “against the order of nature.” In other cases, they are charged with “personation” – falsely representing themselves to be another person – because of their gender presentation.

In 2014, President Yoweri Museveni signed the controversial Anti-Homosexuality Bill into law, which imposed a punishment of life in prison for specific sexual acts. The constitutional court repealed the law the same year, but activists say it sanctioned a climate of hostility towards gay and transgender people in the country, which had not been welcoming to start with. A 2013 investigation carried out by the Danish government found that transgender people were often stripped naked by police, assaulted and blackmailed; a 2015 report by the Finnish immigration service states that the law legitimized acts of violence against these communities.

Though the scrutiny from police continues, Namutebi now has someone she can call for help if she has trouble with the law.

In 2017, she was assigned a community paralegal, Hajjati Abdul Jamal Uthman, who gives her legal advice if she is arrested and can bail her out if she is detained.

“I can call any time of the day for rescue and counsel,” Namutebi says, adding that Uthman “gets how I am and doesn’t judge at all.”

Participants receive basic legal training over the course of nine months to one year. After graduation, they start to take on legal issues for their peers. Paralegals can’t represent anyone in court, but they can inform clients of their rights, help them get bail, mediate with authorities and do paperwork.

In 2017, the Human Rights Awareness and Promotion Forum handled 74 human rights violations committed against lesbian, gay, bisexual and transgender people. Of those, private citizens were responsible for 60% of violations, while the police and government carried out the remaining 40%.

Uthman, who is also transgender, says the program allows graduates to handle issues within their own communities, providing services that are often out of reach for marginalized groups. Most of the cases she deals with involve gender-based violence, physical harassment or blackmail against transgender people.

Community paralegals are more than just first responders in times of crisis, she says. Instead, they know and understand the needs of the people they serve.

“Being a community paralegal amplified my voice, that of my community. It entirely changed my life and status,” Uthman says.

After graduating from the program, Uthman founded Rainbow Mirrors Uganda, an organization that advocates for the rights of transgender women, including sex workers. She’s also close to completing a law diploma, which she says will help her provide greater assistance to her community.

Jasmine Jordan, a transgender woman, says she feels less safe since the Anti-Homosexuality Bill was signed and repealed because the ensuing debate raised the profile of transgender people in Uganda.

“The environment has worsened for me,” she says.

Even though she also has a paralegal to assist her with legal cases, Jordan says she still lives in constant fear of assault and has no faith that the authorities will help.

“As a trans woman, I cannot walk into a police station and say I was assaulted,” she says. “The police will arrest me for impersonation.”

Jordan plans to follow the hundreds of Ugandans who have fled the country since the law was first signed and repealed back in 2014. She is currently awaiting a decision on her application for asylum in neighboring Kenya.

“From now on, the best I can do is stay out of trouble and be male to the world,” she says. “I have been sexually assaulted in a police holding cell, and you expect me to believe in the system?”