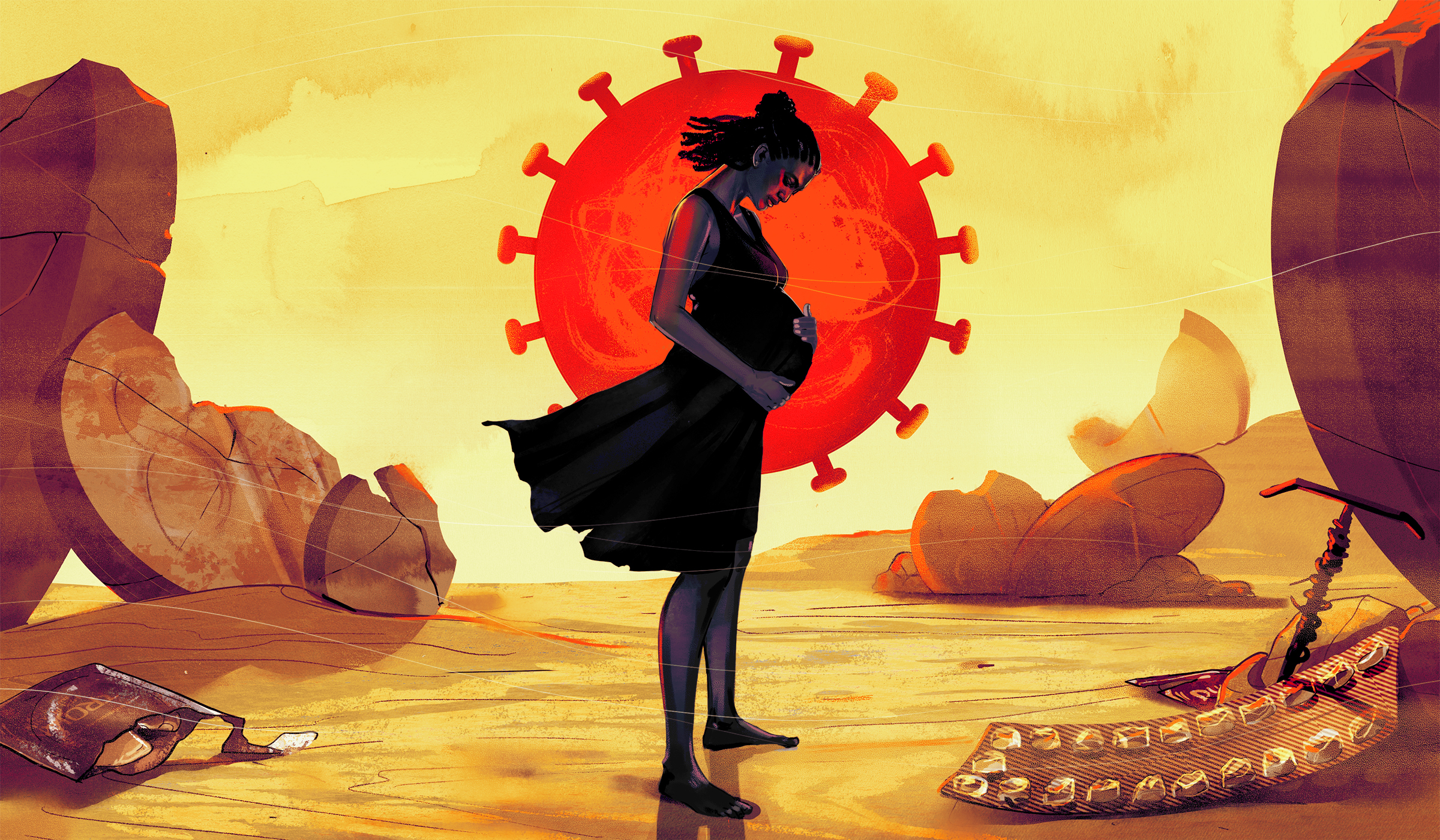 KAMPALA, UGANDA — Shamin Nangobi, 15, had unprotected sex with her boyfriend three times. And each time, he gave her an emergency contraceptive pill to prevent pregnancy.

Then the coronavirus pandemic struck Uganda in March, and the country went on lockdown. The government ordered a curfew. Schools shut down. Borders closed. Public and private transport faced severe restrictions.

Private health centers and pharmacies trimmed their hours because of the curfew and transport directives. Some ran out of supplies such as contraceptives.

And so in May, when Shamin and her boyfriend had sex again, they couldn’t find the emergency pill.

Today she is seven months pregnant.

“He told me he looked for [the pills] for three days in drug shops and wasn’t able to find them,” says Shamin, a resident of Bwaise, an area with unplanned housing in Kampala, Uganda’s capital.

Experts say Shamin’s pregnancy is part of a larger crisis related to the coronavirus: Unable to access sexual reproductive services during the national lockdown, more young Ugandans are at risk of having unwanted pregnancies and unsafe abortions.

Many of these teenagers live in Kampala’s poorest communities, and becoming pregnant could amplify already-weighty economic and social burdens.

Of those unintended pregnancies, 88% occur because adolescents can’t access contraceptives, according to a 2018 report by the Guttmacher Institute, which focuses on sexual health and reproductive rights.

Kenneth Buyinza, clinics service manager at Reproductive Health Uganda, a local nongovernmental organization, says the lockdown made accessing sexual reproductive services even harder for many girls and women. During the national lockdown in March and April, according to the group, use of family planning visits fell by 5%.

One in 4 girls ages 15-19 in Uganda had a child or were pregnant in 2016, according to government statistics.

Aisha Namuddu, a 19-year-old sex worker in Makerere Kikoni, a neighborhood next to Bwaise, says she couldn’t get her free injectable contraceptive in late March, when the government restricted transportation. She couldn’t reach Kawempe National Referral Hospital, where she typically got the injectable, because it was an 8-mile round-trip journey on foot. So she resorted to condoms.

“But then I was shocked to discover I was two weeks pregnant in April,” Namuddu says. “I think the condom burst.”

Namuddu decided on an abortion. A friend recommended pills. Namuddu wasn’t sure what they were, but still she took them.

“I inserted the pills in my vagina,” Namuddu says. “I bled the next day, and then I experienced a terrible pain. I had to be rushed to a hospital.”

“We saw cases of self-medication to terminate pregnancies among young people,” he says. 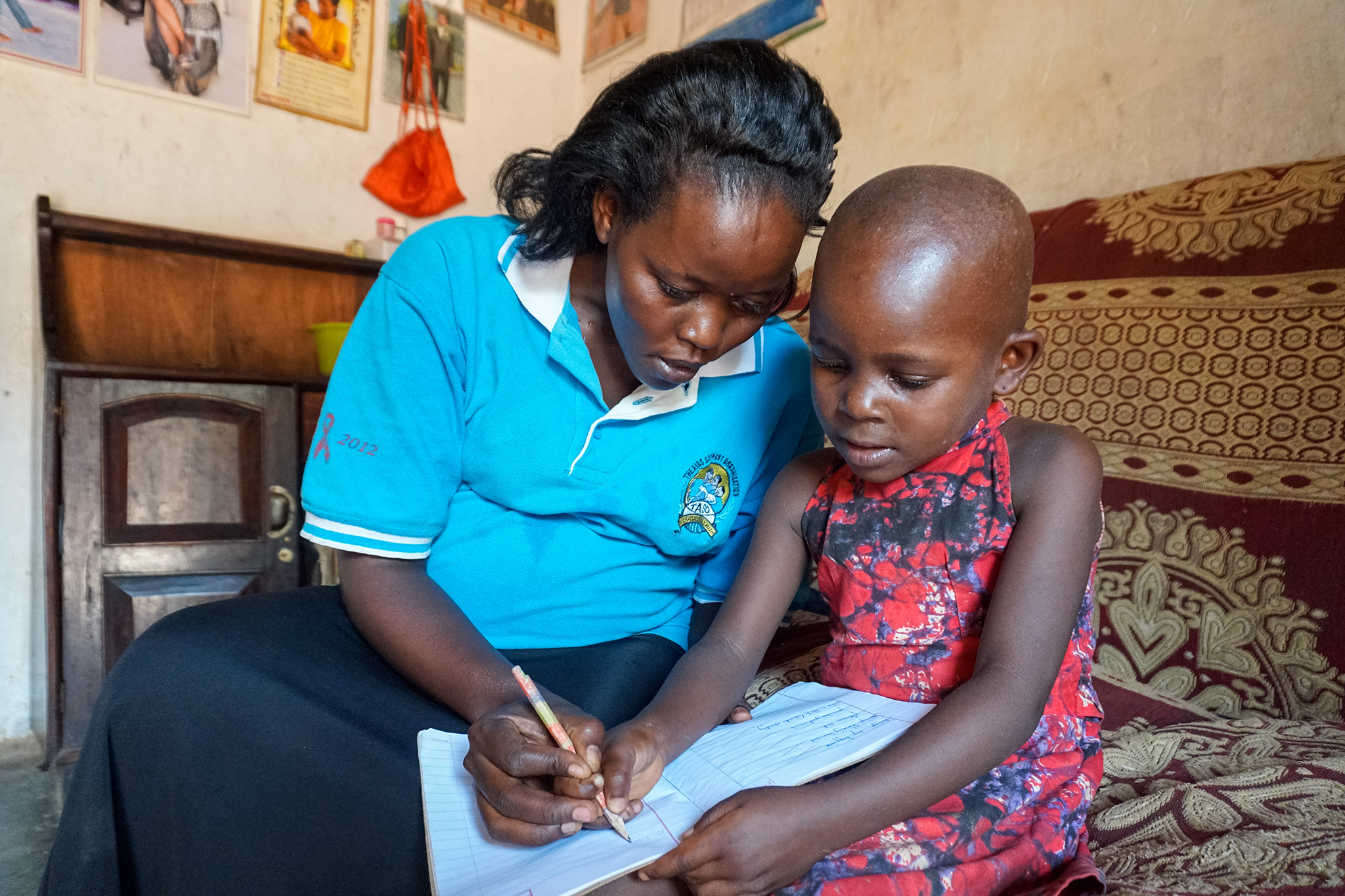 Kiggundu estimates that the hospital will see a 25%-30% rise in teen pregnancies this year.

The month before the lockdown, 220 people accessed short-term contraceptives such as condoms and pills at Tusitukirewamu Group, a Bwaise-based organization that focuses on people living with HIV, says programs officer Ronald Kavuma.

In April and May, Kavuma says, that number plunged to 138.

Likewise, he says, clients accessing long-term methods such as implants and intrauterine devices dropped from 196 the month before the pandemic to 92 in April and May.

Pharmacies and clinics remained open during the lockdown. But Buyinza, the Reproductive Health Uganda worker, says some private pharmacies hiked prices of contraceptives, making them too costly for many customers.

But Jamesbond Odong, acting public relations officer at the government-run Uganda National Medical Stores, says the lockdown did not affect public health facilities, and that contraceptives were available.

Meanwhile, Shamin, who lives with her single mother, faces an anguished decision. She wants to return to school next year, but her mother worries about the stigma she might face.

“Imagine being 15 at school with a child at home,” says Rita Nakazibwe, Shamin’s mother. “It’s a lot, and her friends who have seen her pregnant will let the entire school know, creating a difficult situation. She will be in school with those children and some teachers mocking her for being a mother at a young age.”

Shamin’s boyfriend is another worry. The young man — Shamin’s mother says he’s in his late 20s — told the teenager he owns a retail shop. At first, he supported her financially, giving her 15,000 Ugandan shillings (approximately $4) a week. Then in October and November, nothing.

Shamin’s mother has two other school-age children, so the teenager doesn’t want to rely on her for financial help.

Without her boyfriend’s help, Shamin fears her dreams will evaporate.

“I want to be a lawyer,” she says. “If my mother’s earning doesn’t improve, and my boyfriend continues to act as he did [in October and November], I think I will have to drop out of school, get a job and take care of my baby.”