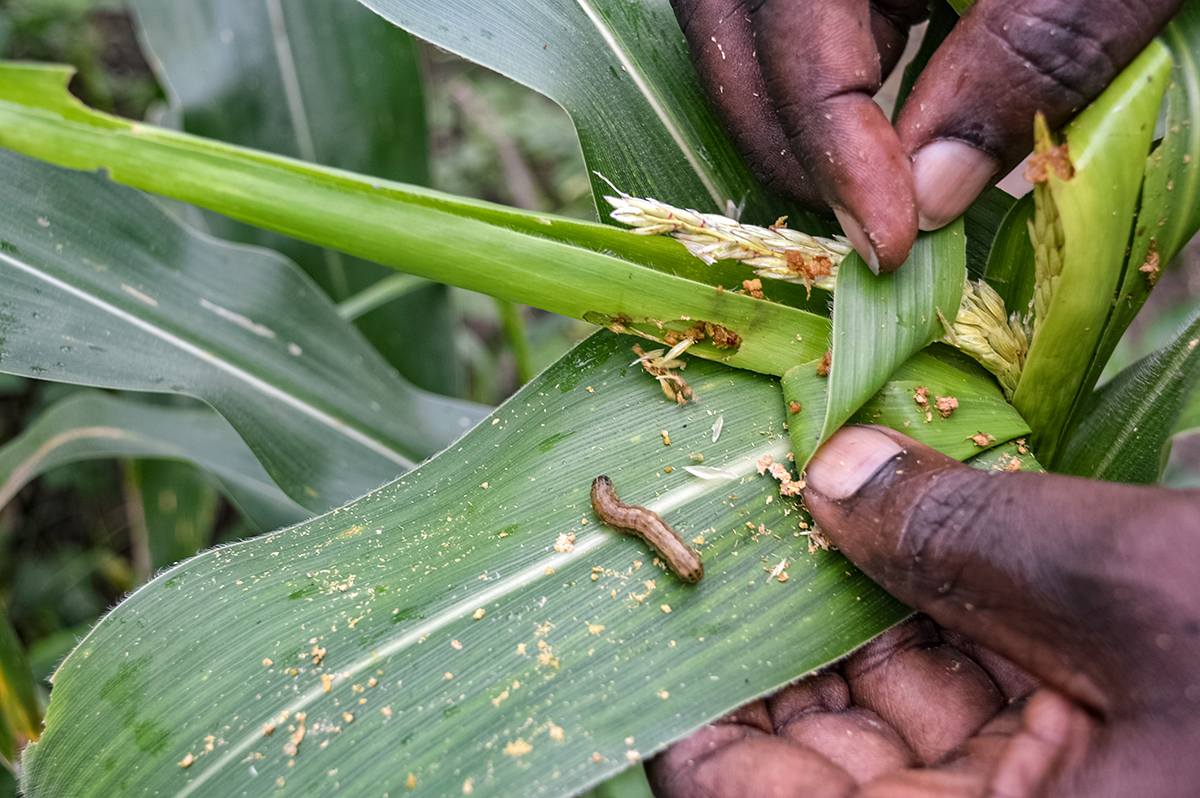 WAKISO, UGANDA – From a distance, Edward Nsubuga’s 12-acre maize field appears to be well-kept. But the crop’s tall, green stalks mask an infestation of armyworm. These stalks won’t last for much longer, if the small-scale farmer does not get rid of the pests. Crop yields will be low, he says.

Nsubuga is searching for a solution to the problem. Other farmers have suggested that he replant the widely consumed crop, this time using genetically modified seeds that are pest-resistant. A bill, currently under review by Parliament, would permit the use of such seeds by maize farmers but would require them to maintain a distance of 200 meters (656 feet) between organic crops and the genetically modified maize crops.

“Two hundred meters is too big a piece of land to be wasted,” he says. Nsubuga would rather deal with the infestation than divide his farmland by crop types.

In Uganda, small-scale farmers make up a majority of those working in agriculture. Some of them say the proposed National Biotechnology and Biosafety Bill could put them out of business. Advocates call the bill a necessity, saying it will protect farmers and promote sustainable farming practices.

Agriculture is the backbone of the East African country’s economy, employing about 60 percent of the population. In the 2015-16 fiscal year, agriculture contributed 26 percent to the gross domestic product, according to the Uganda Investment Authority. The sector is growing, and the government is spearheading some of this growth, with the bill being its most recent move.

After passing the bill in October, Uganda’s Parliament forwarded it to President Yoweri Museveni to sign. But Museveni ordered a review of the bill, including its title, patent rights for local farmers, and sanctions against those who fail to comply with its directives. 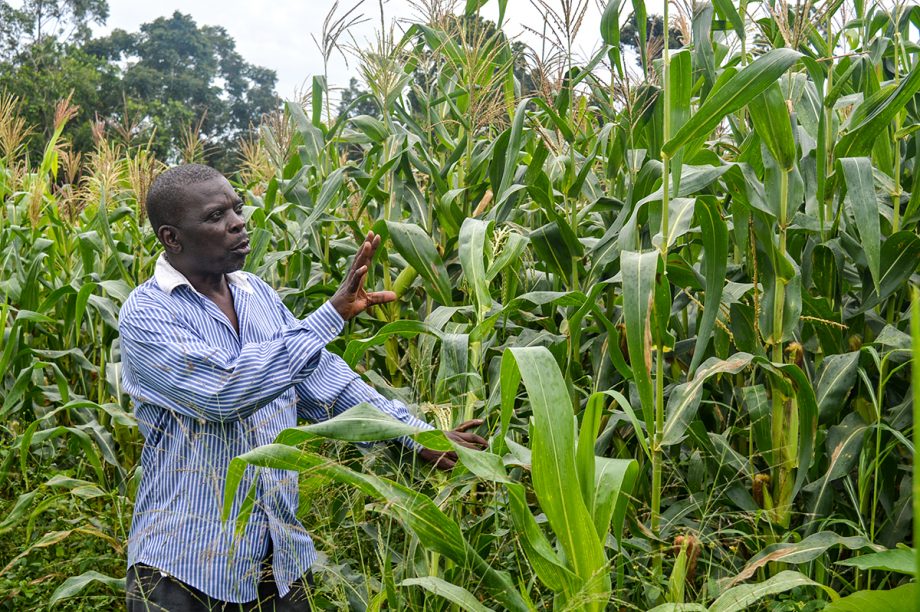 A proposed bill will allow farming of GMO crops, in addition to organic crops, but with a space requirement. Edward Nsubuga says he is one of many small-scale farmers who will stick to organic farming because he cannot maintain the minimum distance of 200 meters (656 feet) between organic maize crops and GMO maize crops.

If approved by the president, the bill will protect farmers who grow all-organic crops, says Robert Kafeero Ssekitoreko, a member of Parliament’s Committee on Science and Technology. Farmers will also have the option to grow GMO crops. In Uganda, some farmers do not use fertilizers because they can’t afford it. Using GMO seeds that are pest-resistant can eliminate this problem for them. But Ssekitoreko says the committee’s research shows that GMO crops should be grown carefully – because without the minimum-distance requirements stated in the bill, cross-pollination can take place between GMO maize crops and non-GMO maize crops.

Agnes Kirabo, executive director for Food Rights Alliance, a local nongovernmental organization, also backs the bill. She says it would hold farmers accountable for their practices.

Those who refuse or fail to observe the minimum-distance requirements will be fined or imprisoned for up to five years, Ssekitoreko says.

While officials say the bill will allow farmers to grow both GMO crops and organic crops, Isaac Ongu, an agricultural consultant, says that more than 75 percent of the country’s farmers can only choose one. It is a difficult choice, because both have benefits. GMO crop seeds tend to be pest-resistant and more convenient to grow, and organic crops are all-natural, which some consumers prefer.

Two hundred meters is too big a piece of land to be wasted.Edward Nsubuga

There are farmers who have just two acres of farmland or less, making it almost impossible to maintain the required distances, says Ronald Magoda, a farmer and coordinator of Nakasongola District Farmers Association.

It is likely that many small-scale farmers who choose to grow both crop types would become criminals, says John Twinamatsiko, a biochemist and Science and Communications Officer at the Science Foundation for Livelihoods and Development (SCIFODE).

“In the past few years, Uganda’s maize growers have experienced several constraints,” Twinamatsiko, says citing the armyworm and extended periods of drought. “Now, it’s only natural for small farmers to embrace anything that addresses their problem.”

Margret Nalwoga, who lives in Mwelerwe, a village in Uganda’s central Wakiso district, is one of the farmers who is nervous about the proposed bill. She grows organic maize on two acres of land, for personal consumption and commercial purposes. But growing maize has not been easy, she says. Nalwoga would like to shift from growing organic maize to genetically modified maize, if the bill becomes law. But she says the distance regulations eliminate any chance of her expanding her business.

“The limited land I have means I can never have a choice to grow GMO crops, so I have to stick to the kind of maize I have been growing, which has twice been affected with weevils and low rainfall levels,” she explains.