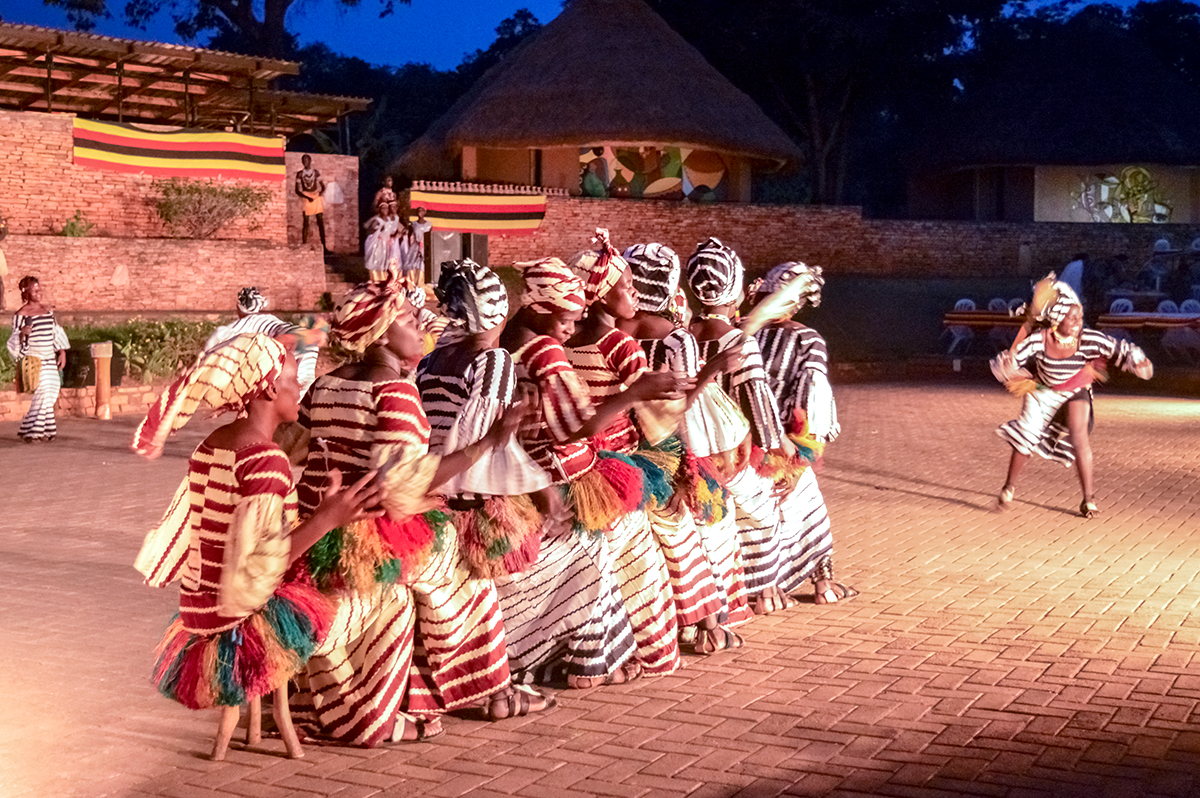 KAMPALA, UGANDA — “Ndere Centre, the Home of Culture” is inscribed on a wooden carving, welcoming all to Ndere Cultural Centre in Kisaasi, a Kampala suburb.

It is Sunday evening. Guests from various parts of the world including England, Canada, Germany, Austria, Nigeria, Kenya and Uganda, to name a few, are among those waiting in the Ndere Cultural Centre amphitheater for a performance.

A cool breeze permeates the air. Various species of trees, tall and short, old and young, dot this compound. 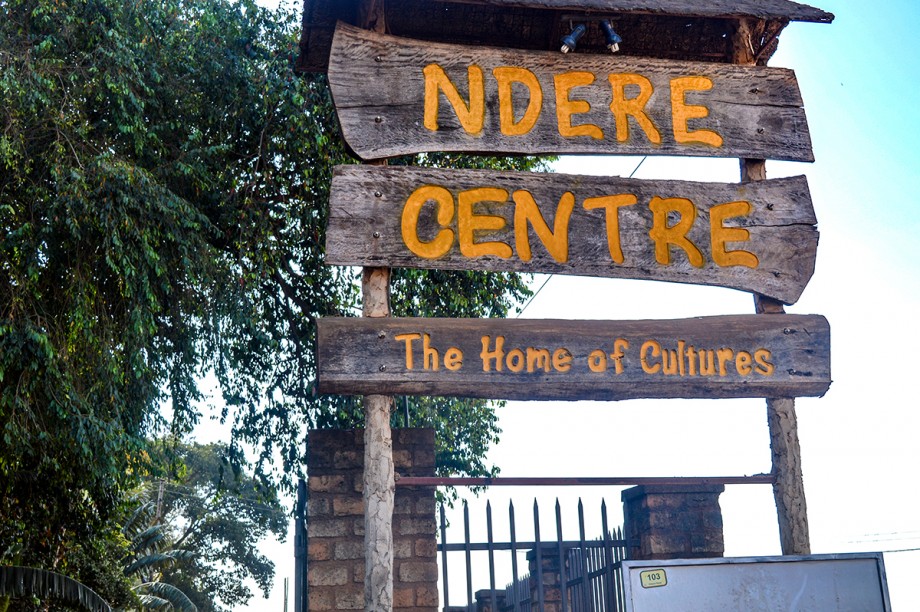 Welcome to Ndere Cultural Centre, where people come from around the country to learn dance, music, cooking and more. As the entrance sign suggests, it’s a place where many Ugandan cultures are celebrated.

The stage is draped in black, yellow and red. These are the colors of the Ugandan flag.

The first group of dancers, traditional Baganda dancers from central Uganda, take the stage. At first, they wriggle their waists and bums rigorously, then gently, side to side. Their dance is accompanied by a variety of instruments – drums of different sizes, and the cheers and claps from the audience.

From Uganda’s neighbor to the south, Rwanda, comes the kinyarwanda dance. This dance is gentle and graceful, highlighting femininity and kindness, among other virtues.

The kitooro dance, from western Uganda, then takes over the stage, followed by the karamojong dance – a tribe of fearless warrior pastoralists from northeastern Uganda. The men jump up very high, and back down, wielding sticks. 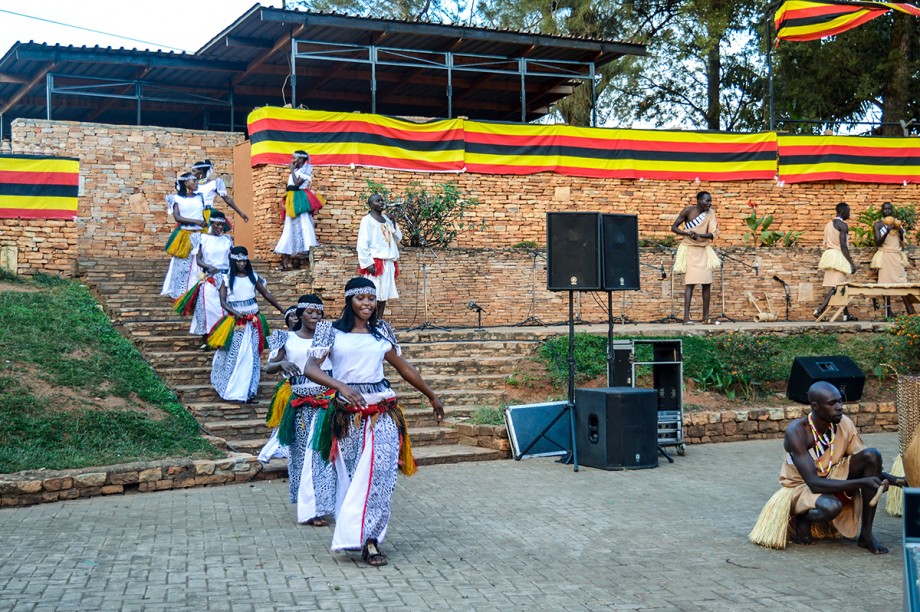 Baganda dancers, from central Uganda, are the first to take the stage and perform.

Most of these tribal dances are high energy, save for the kitooro and kinyarwanda dance. All of the dances are performed with a blend of comedy by Stephen Rwangyezi, the founder and director of the center.

The center opened in 2003, and provides training for people to learn traditional dances and drumming for a price of 30,000 shillings ($8.35) per session, Rwangyezi says.

“They are taught different drumming styles and they choose which they want to concentrate on,” he says. A variety of people take lessons, or join the Ndere troupe. Some are from rural areas and they stay with the troupe for a long time. Others come to the center from urban areas to learn drumming and traditional dances. The center also pays all school fees for any school age members who need financial assistance, Rwangyezi says.

Rwangyezi was originally a classroom teacher, but says he felt the need to teach Ugandans to love their culture.

“Dissatisfaction with the way indoctrination [is carried out], that what is black is backward and what is European is holy and high culture,” he says. “I felt that no matter how much we taught, Africa’s challenge is not resources but suffering from a crisis of confidence coming from being proud of who you are.” 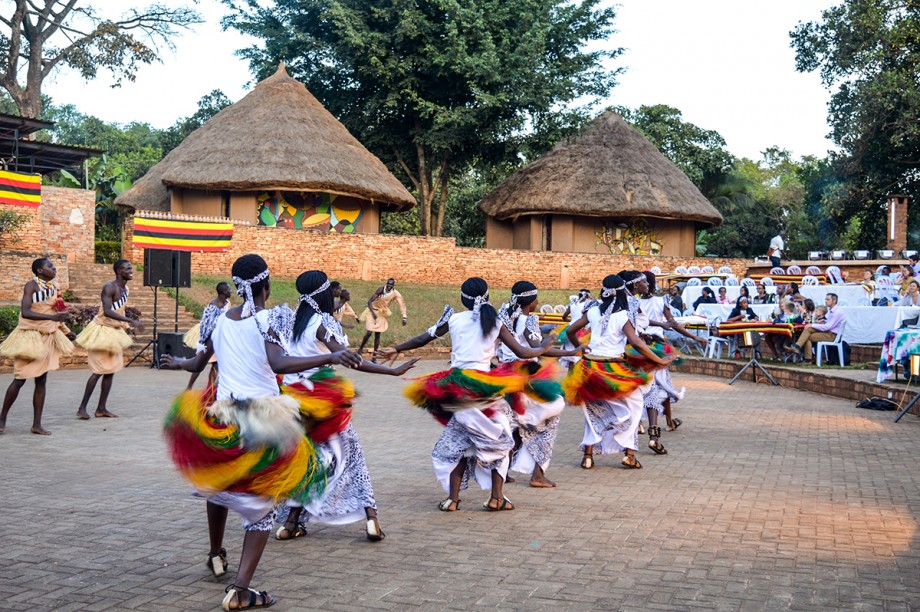 Rwangyezi says he realized the teaching methods had to change in 1977 and he began by writing an article in the Weekly Topic newspaper, castigating the teachings that make African children believe in everything white and despise their own culture and religion, among other things. Rwangyezi says the teaching and various opportunities given to participants to learn their own culture and the opportunity to make a living through performances both within and outside the country, motivates participants.

“Those who have talent are given opportunities to learn, tour the world and make some money through these cultural activities,” he says.

To date, the center has 81 traditional dancers (the youngest dancer is 6 years old), and thousands of others have graduated from the center and started other cultural groups, Rwangyezi says. The center also trains people on how to prepare traditional foods from throughout Uganda. The cooking program, he says, is temporarily on hold, but he hopes in the future to turn the center into an institute to research, teach and document different cultural values, food, music and more – somewhat of a living museum, he says, of different regions in the country.

Angelina Hockner, a tourist from Austria, says she has been a regular visitor at the Ndere Cultural Centre since 2006. She says she enjoys watching the different dances across the country on one stage.

“I like the difference between the dances. From south to north they are really different. I like to see young people come together to learn the different dances and songs in the country,” she says. 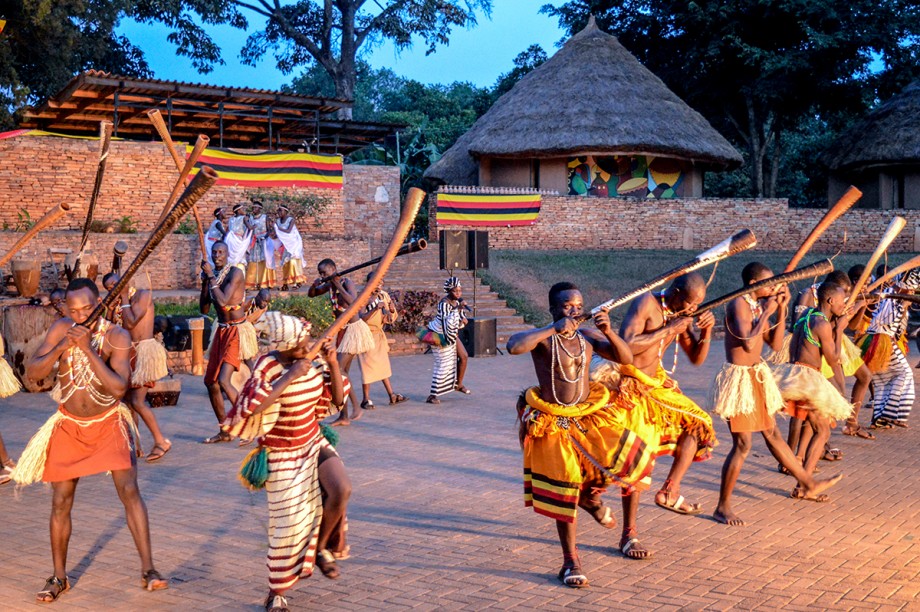 As the sun begins to set, Ndere Troupe members perform an alur dance for visitors.

“When we travel to Austria, we sometimes carry along matooke, posho and fruits and prepare them,” she says. Hockner also finds Ugandans friendly and humorous and the country green with lots of natural waters and mountains to view.

Hockner feels there is a need for more space for transformation where modern music is mixed with traditional music and dance.

“When we were in secondary [school] we used to come. I got in touch with the director of the Ndere Troupe then. I dance all the dances now,” she says.

Nickson Okello, 27, is a Ugandan hailing from northern Uganda. He says he has been to the Ndere Cultural Centre twice and he enjoys watching the traditional dances.

“It helps me touch base with my home area when I watch our traditional dance on stage,” he says. 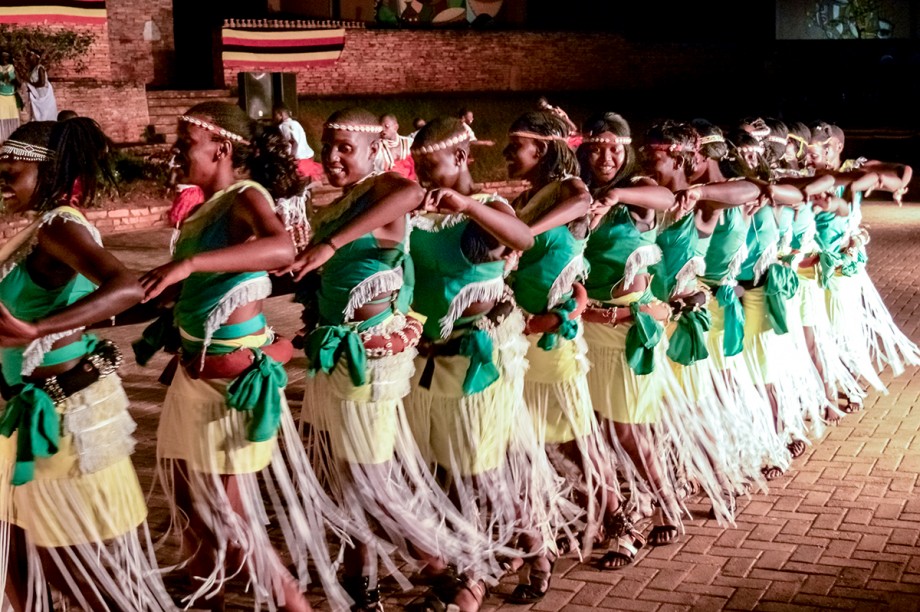 Dancers perform a kitooro dance, from western Uganda, which is a much slower tempo than many of the other dance styles, across the stage.

They also have a restaurant and accommodation for guests. Accommodation at the center varies from single, double, twin or triple bedrooms to private three-bedroom cottages or traditional houses. For more information, take a look at their website at http://ndere.com/ or call +256 414 597 704 or +256 414 288 123.