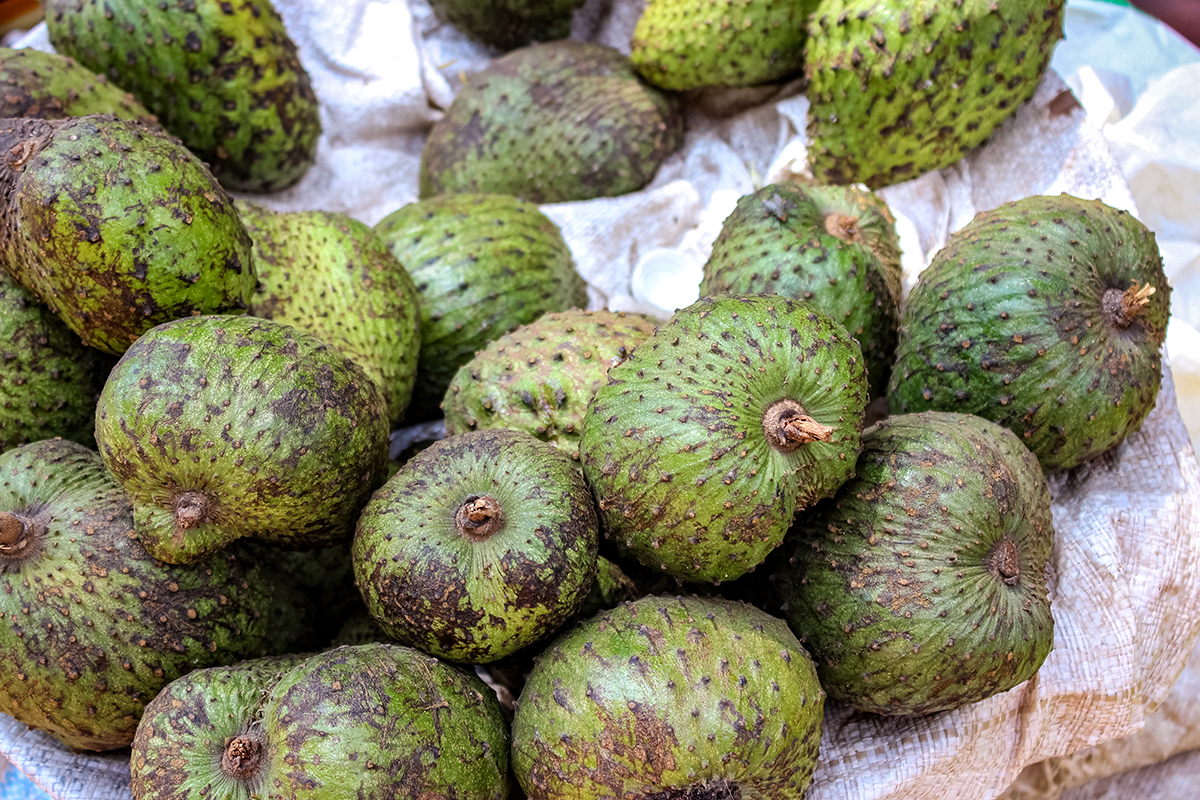 KAMPALA, UGANDA — Susan Aber wakes up at 5 a.m. to ensure she makes it to her soursop supplier by 6 a.m. By 8:30 a.m., she’s sitting on the sidewalk at the entrance of New Taxi Park, waiting for customers of her own.

“It smells like pineapple and tastes like jackfruit,” says Beatrice Aineomugisha, who buys soursop from Aber every day.

The large, spiny heart-shaped fruit is experiencing a boost in popularity – and not just because it’s so tasty. Recent radio segments and YouTube videos have touted the fruit’s seemingly incredible healing powers.

“The fruit is praised for its cancer-curing properties,” said Esther Kimbowa on a recent segment of her show “Efumbiro,” on Sunyuka TV.

She explained the claim to viewers: The fruit, through high quantities of alkaloids, antioxidants and biotin, “compresses cancer.” 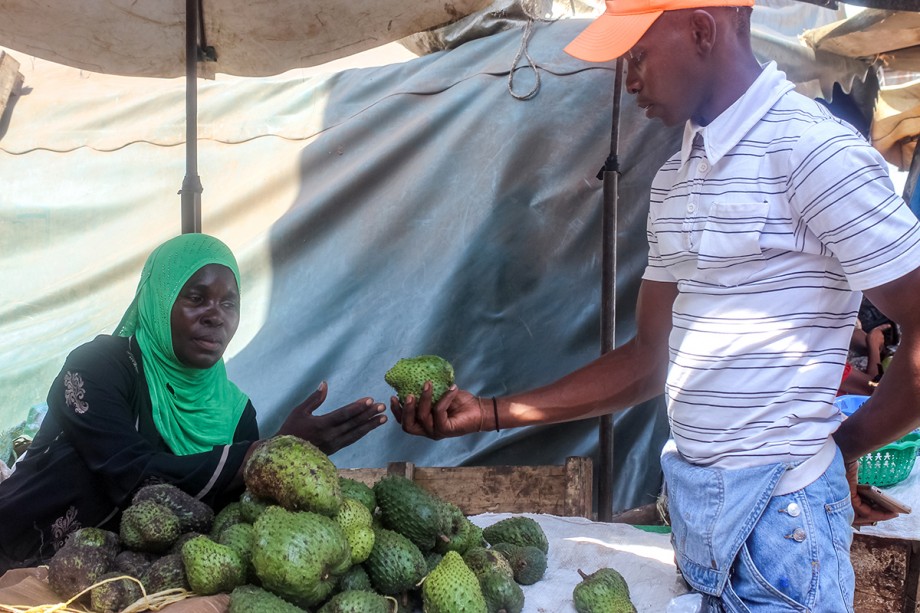 Susan Aber says soursop sales are up since some television and radio programs started promoting its innumerable health benefits, which doctors say are inaccurate.

Senga Busingye, a traditional doctor based in Kampala, says it’s true. Soursop contains many healing properties, including vitamins, and is great for the digestive and nervous systems. He says that, in addition to helping fight cancer, it’s also good for sleep and boosting metabolism.

There are a variety of ways to enjoy its healthful properties, Busingye says.

“Soursop can be eaten by sucking it like a fruit, cooking its leaves to make tea, or making juice from the fruit when it’s ripe,” he says.

Aineomugisha, 46, says she was diagnosed with hypertension at the age of 27.

“A colleague encouraged me to try soursop to help with my high blood pressure,” she says. “I have tried everything – from medication, exercise, a couple of diets – but nothing has really worked for me consistently.”

“I have noticed a change in the way my body feels, and that’s comforting and encouraging,” she says, adding that she’s also cut down her fat intake and limited her meat consumption.

It’s the latter that’s likely having the impact, says Julius Lwanga, a nutritionist at Kampala Hospital.

Lwanga says he first heard about soursop from his patients, after claims of its cancer-curing properties began appearing on local media.

“You can have soursop in your diet, but if you are dwelling on it as the one miracle fruit, you will be disappointed,” Lwanga says. “Many patients have been disappointed.”

Disappointment is the least of Dr. Ephraim Batambuze’s concerns.

“Soursop has no place whatsoever in hypertension. Taking soursop and other herbal medicines as treatment can lead to heart failure, stroke and other complications,” says Batambuze, a cardiologist at Nakasero Hospital and the Uganda Heart Institute.

He says hypertension is a growing issue here, and it requires accurate diagnosis, medical treatment and significant lifestyle changes.

“To avoid high blood pressure, I advise Ugandans to not gain weight, eat less salt and exercise,” Batambuze says. “Exercise does not mean serious jogging. Walking can be enough.” 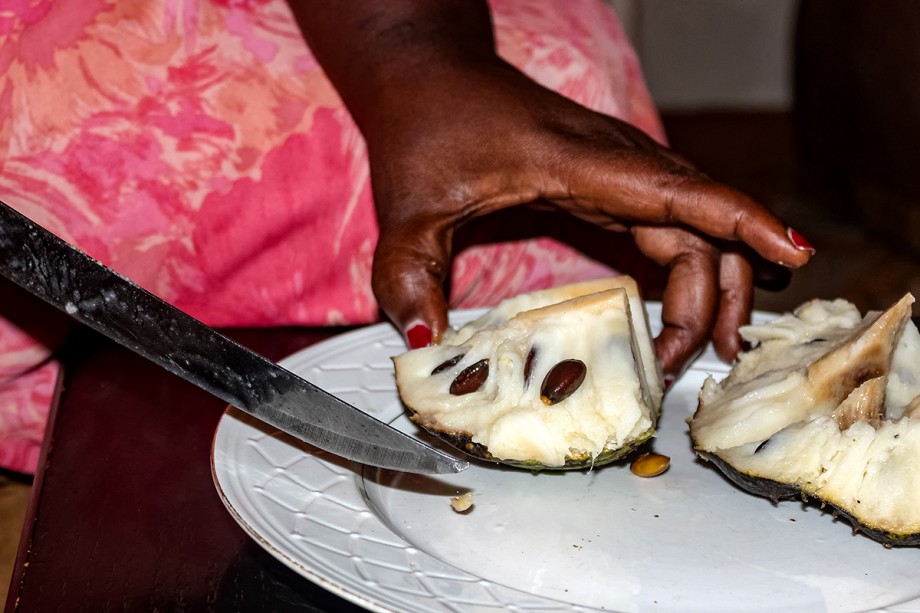 Despite the growing volume of warnings from the medical community, the soursop craze continues.

The fruit, which has South American origins, grows year-round in Uganda. And the demand on local farmers is growing.

Hudson Nsubuga, a farmer in Mukono District, has been growing small amounts of soursop for years. He says other farmers recently came to ask for seeds and seedlings, which he now sells.

“Because of the current demand, it’s something I’m considering venturing into on a larger scale,” Nsubuga says.

Demand on the street is up too, says Aber, who sells one fruit for 3,500 Ugandan shillings (93 cents).

Like the farmers, other vendors are moving into soursop sales, too.

“Everyone was making profit from selling the fruit,” she says. “So I joined the bandwagon and never looked back.”