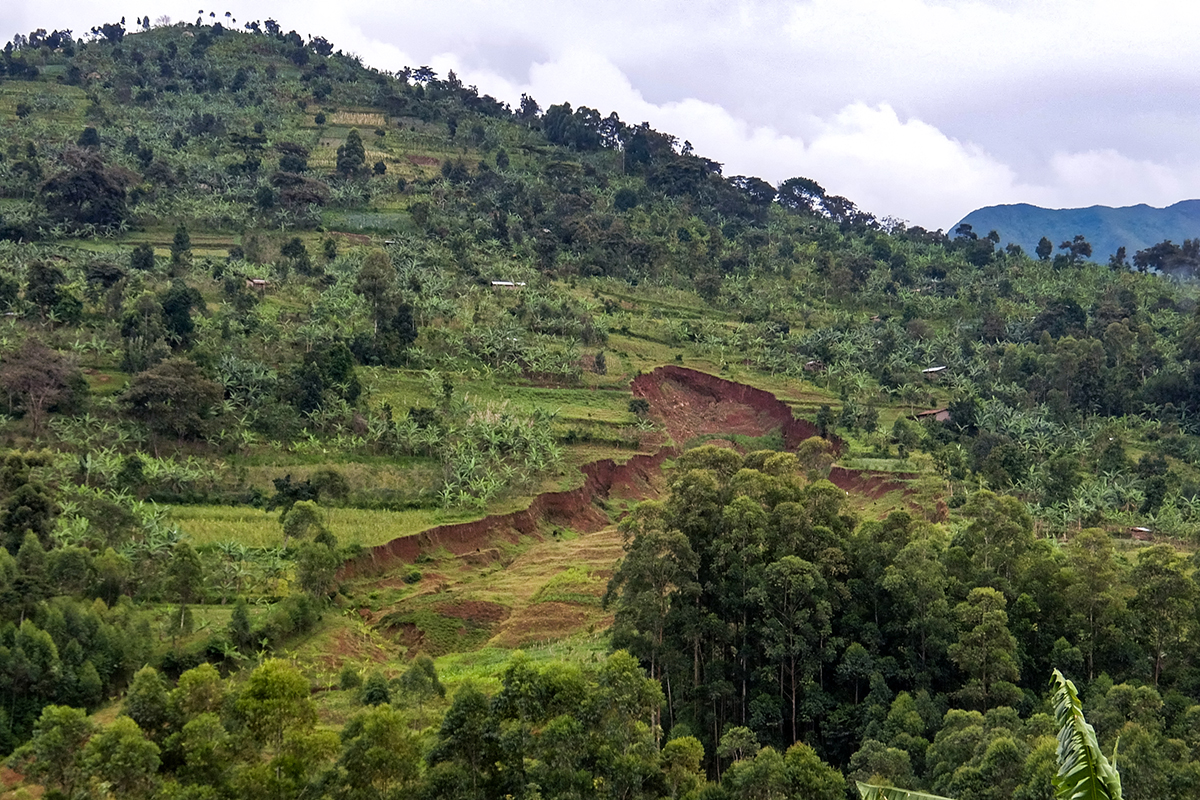 BUDUDA, UGANDA — As Ester Nambuba steps out of a white tent, she stares blankly at the dress and sandals she is wearing. The fancy but disheveled maroon dress is the only clue to her affluent past.

Just days ago, she lived in a nice house on a picturesque hillside on the banks of the Suume River. The mudslide that destroyed her home also killed 45 people here.

Nambuba recalls October 11 as a normal day at the market. The streets were abuzz with activity, and the Suume River sang its usual babbling tune. Nambuba owned a popular bar next to the market in the Wanjenoir trading area. After shopping, passersby always knew they could quench their thirst at her bar, she says.

There was no warning, she says, that the earth was about to give way under their feet. 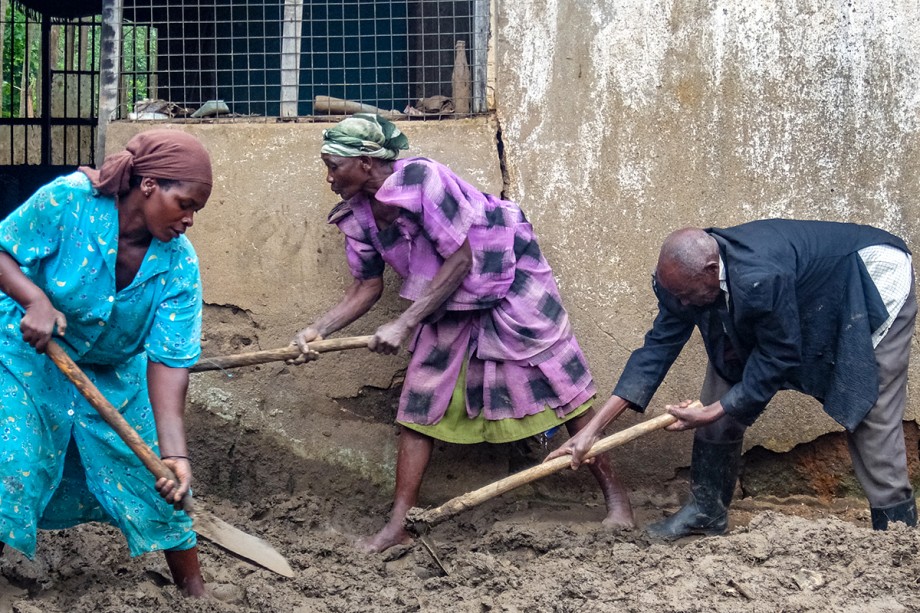 Residents dig out from underneath the mud, in hopes of moving back into homes that were not destroyed in the mudslide.

It wasn’t until 1 p.m. that the sky hinted at the day’s coming events. Dust began to cover the sun and litter the sky.

Plants and trees started swaying, following one another in a dance. Phones began ringing. Someone shouted, “Run!” But it was too late, Nambuba says.

Torrential rains had swollen the Suume River and caused a massive mudslide that tore through the trading area, destroying shops and homes in its path.

Now homeless, Nambuba is living in a tent with 15 other people who are all waiting for news about relocation options. 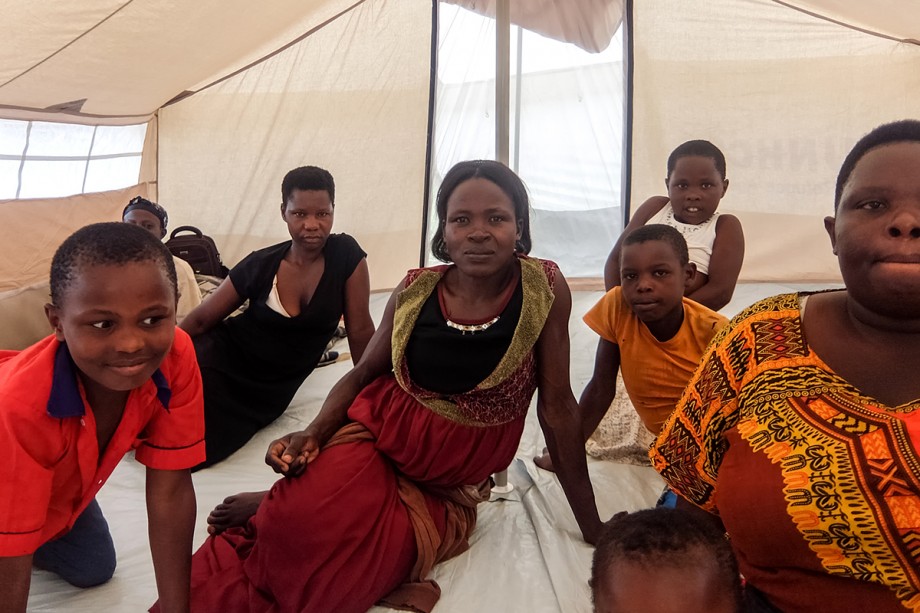 Ester Nambuba lost her home and her business in the October mudslide. She’s living in a tent with 15 other residents, as she waits for resettlement options.

“I am haunted by the deaths of my people, including my sister who had visited me,” she says.

Bududa district, in the eastern region of Uganda, borders Mt. Elgon, Uganda’s second-largest volcano, which is inactive. The region is prone to loose soil, says Martin Owor, commissioner of disaster preparedness in this region for the Ugandan government.

After a series of landslides in 2010, the disaster preparedness unit estimated that some 100,000 people were at risk in future landslides.

Local people, most of whom make their living by growing potatoes, onions, bananas and coffee, were advised to plant trees with deep roots, to help prevent erosion. 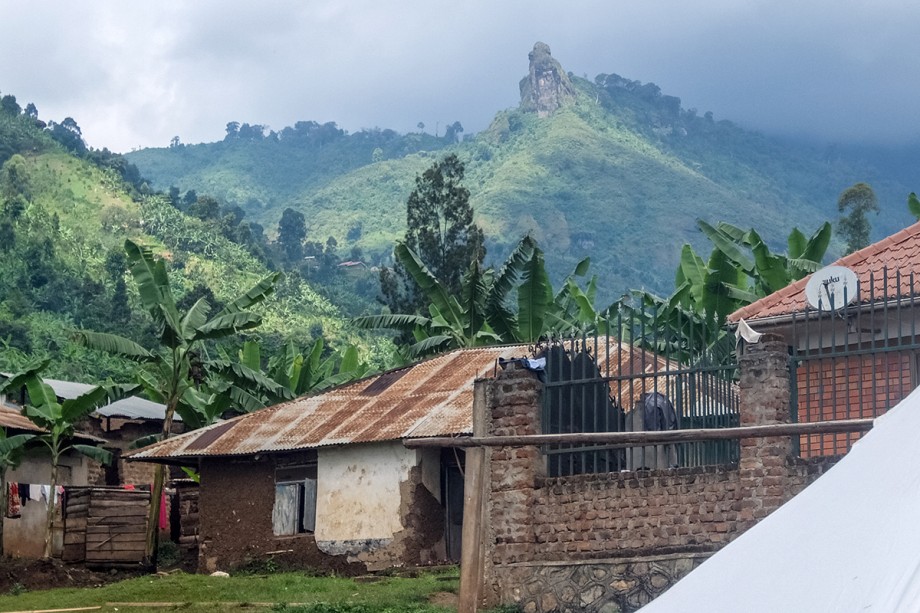 As rain clouds gather, residents say they are fearful that storms will bring another mudslide.

Owor says few people heeded that warning, because they prefer to grow onions and tomatoes, which have shallow roots but grow and sell quickly.

Remnants of Nambuba’s shattered, light blue house still stand behind huge boulders next to the riverbank where her home once was.

“There was a trading center with over 20 structures which were all washed away,” Nambuba says of the area where she used to live, while she sniffs back tears. “I grabbed my two children, and I ran further away from the river, which had burst, sweeping whatever was in its proximity.”

Nearly two months after the deadly landslide, Owor says local government agencies are working to find lodging for the hundreds of people who were displaced. A six-month relocation program started on Nov. 1. 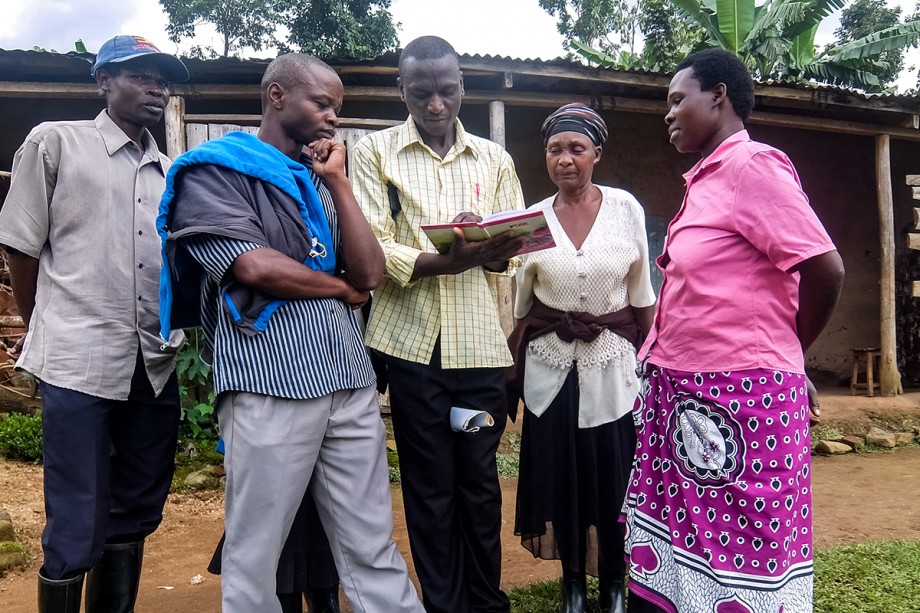 Residents gather to register for relocation assistance from the government.

In the wake of October’s deadly landslide, Samson Natsambwa, chief administrative officer of the Bududa district, says residents should not resettle on the hill and should stay at least 50 meters (164 feet) away from the riverbank. This was a long-standing warning, he says.

“If they had taken heed, we would not be in this mourning mood,” Natsambwa says.

Leo Muhango says he clung to a tree to survive the landslide. When he is discharged from the hospital, he hopes to be relocated far from his home on the hill, he says.

“God has given me a second chance – I will not take this for granted,” he says. 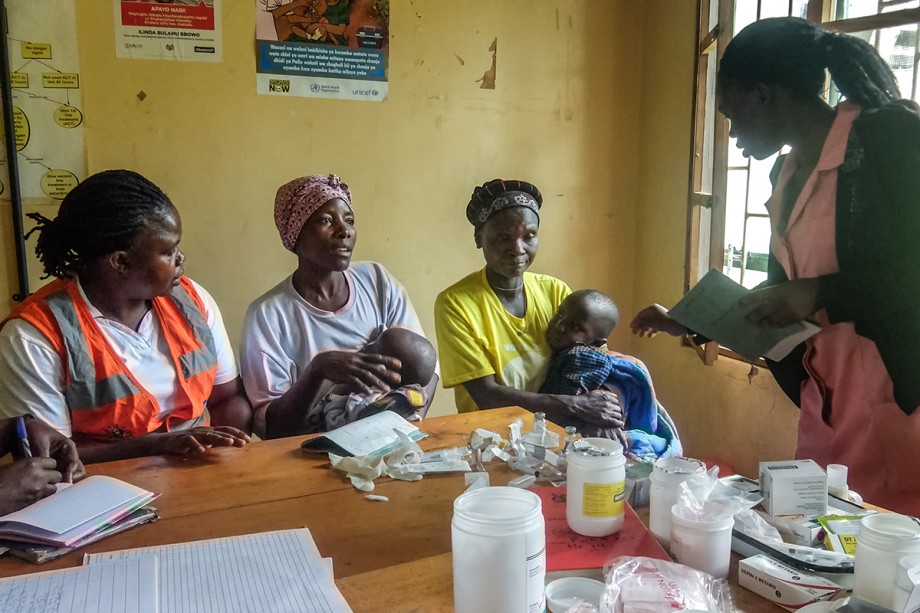 Mothers and their children seek out medications and treatment at the Bududa Hospital. They are among the hundreds who remain homeless nearly two months after the deadly mudslide.

President Yoweri Museveni visited the scene three days after the disaster and recently made good on a promise to pay 5 million Ugandan shillings ($1,341) to each bereaved family and 3 million shillings ($537.12) to all those who lost their homes.

So far, 120 families have received payments.

Local residents say they are hopeful that more payments will come.

In the meantime, the Uganda Red Cross Society is asking people to donate money and items to help those affected by the landslide. 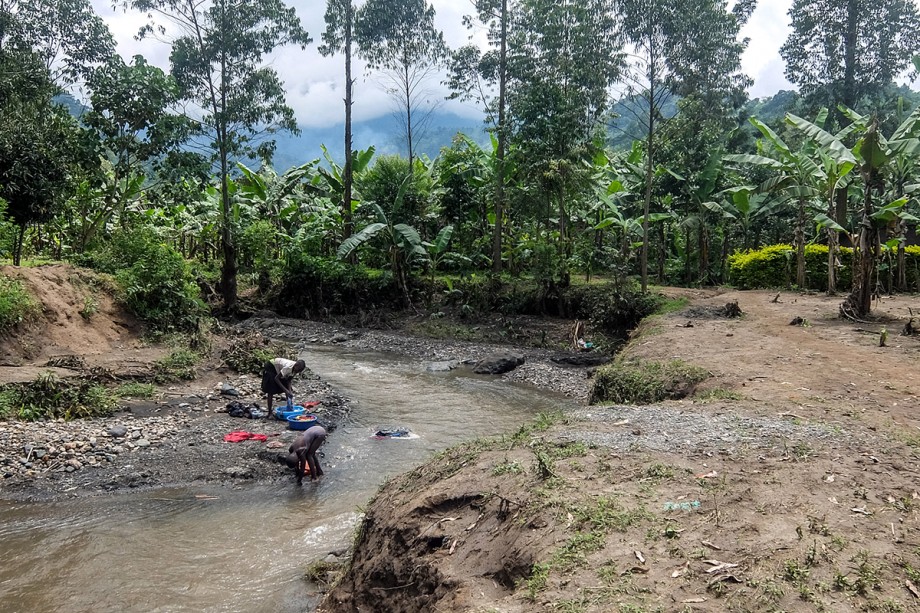 Bududa residents rely on the Suume River for water.

Some interviews translated from Luganda.