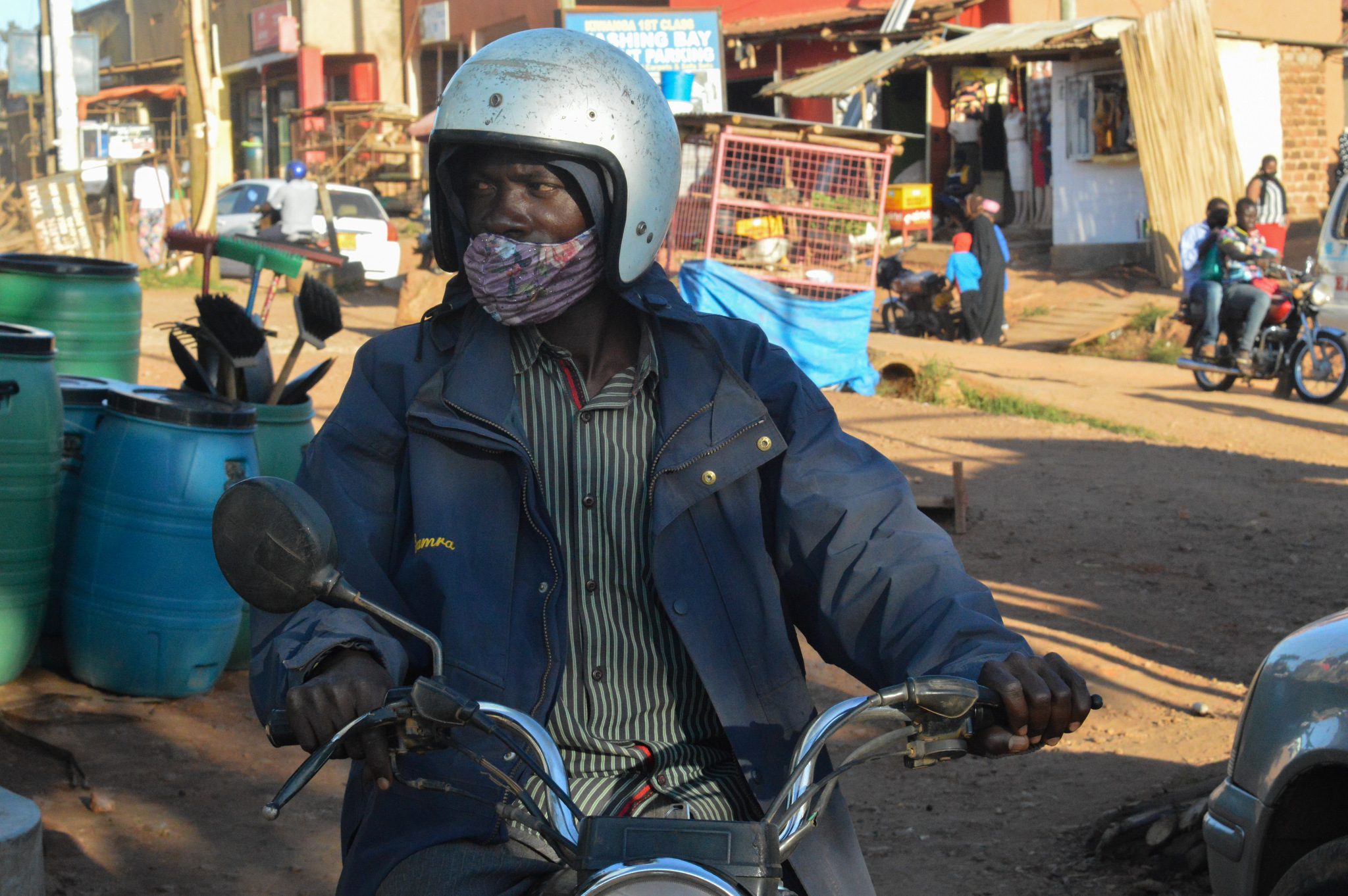 MUKONO, UGANDA — Nassur Sebakali sits for hours on his taxi stage in Kiwanga village, waiting for customers. The village is small, with a population of around 9,400 people. But the central marketplace is normally bustling with travelers arriving by taxi from Kampala, Uganda’s capital, about 16 kilometers (10 miles) away. On a typical day, Sebakali would be busy shuttling people and their luggage to their homes aboard his motorcycle taxi, known locally as a boda boda.

On June 18, in response to the coronavirus pandemic, the government announced a 42-day national lockdown, during which schools and shopping malls were closed and public and private transportation was prohibited, except in limited circumstances. Suddenly, Sebakali saw his business dwindle to almost nothing.

Many Ugandans found themselves facing similar hardship. To address the situation, the government said it would give 100,000 Ugandan shillings (about $28) in financial assistance to around 500,000 vulnerable Ugandans affected by the lockdown, including boda boda drivers. But many Ugandans who should have qualified for relief money say they never received the funds, and experts have criticized the relief program as inadequate and marred by corruption.

“I am a registered Ugandan with a national identity number, and I need the money,” Sebakali says. “But I haven’t received it.”

The relief program was developed by the government’s COVID-19 task force — a coalition of regional and local officials working with the prime minister’s office — which identified categories of individuals eligible to receive the payouts. Those included bar, gym and restaurant workers, DJs, teachers who were not already on the government’s payroll, cobblers and shoe shiners, bus and taxi drivers, and street vendors.

Local council leaders were asked to create lists of these qualified individuals, and the national government would transfer the money to those individuals via their cellphones, which are connected to residents’ national identity numbers.

The total of around 500,000 people deemed eligible for relief is small — 8.3 million Ugandans live in poverty, according to the Uganda Bureau of Statistics. The relief program was not designed to assist every vulnerable person in Uganda, but rather those whose incomes were directly affected by the lockdown measures, says Aggrey David Kibenge, permanent secretary at the Ministry of Gender, Labour and Social Development.

“I am a registered Ugandan with a national identity number, and I need the money. But I haven’t received it.”Nassur SebakaliBoda boda driver, on the government’s relief program

Even so, the program has not gone smoothly. Out of the 100 taxi drivers at the Kiwanga taxi stage, only six received the promised financial relief, says Abdul Rashid Tamale, the taxi stage’s vice chairman.

“Many of the drivers have been left helpless — to survive without work and support of the government they pay tax to,” Tamale says.

Part of the problem is that the government doesn’t have good statistics about who should be eligible for relief, says Cissy Kagaba, executive director of the Anti-Corruption Coalition Uganda. “Instead, the government is relying on local council leaders to identify the vulnerable,” she says, “which means they can place their friends and relatives on the list, even when they don’t meet the vulnerability criteria.”

Joyeux Mugisho, executive director of People for Peace and Defense of Rights, which promotes refugee rights, says many refugees also were unable to benefit from the program, despite meeting the eligibility criteria, because they lacked cellphones and official documentation. Mugisho couldn’t provide data on how many refugees may have been impacted. 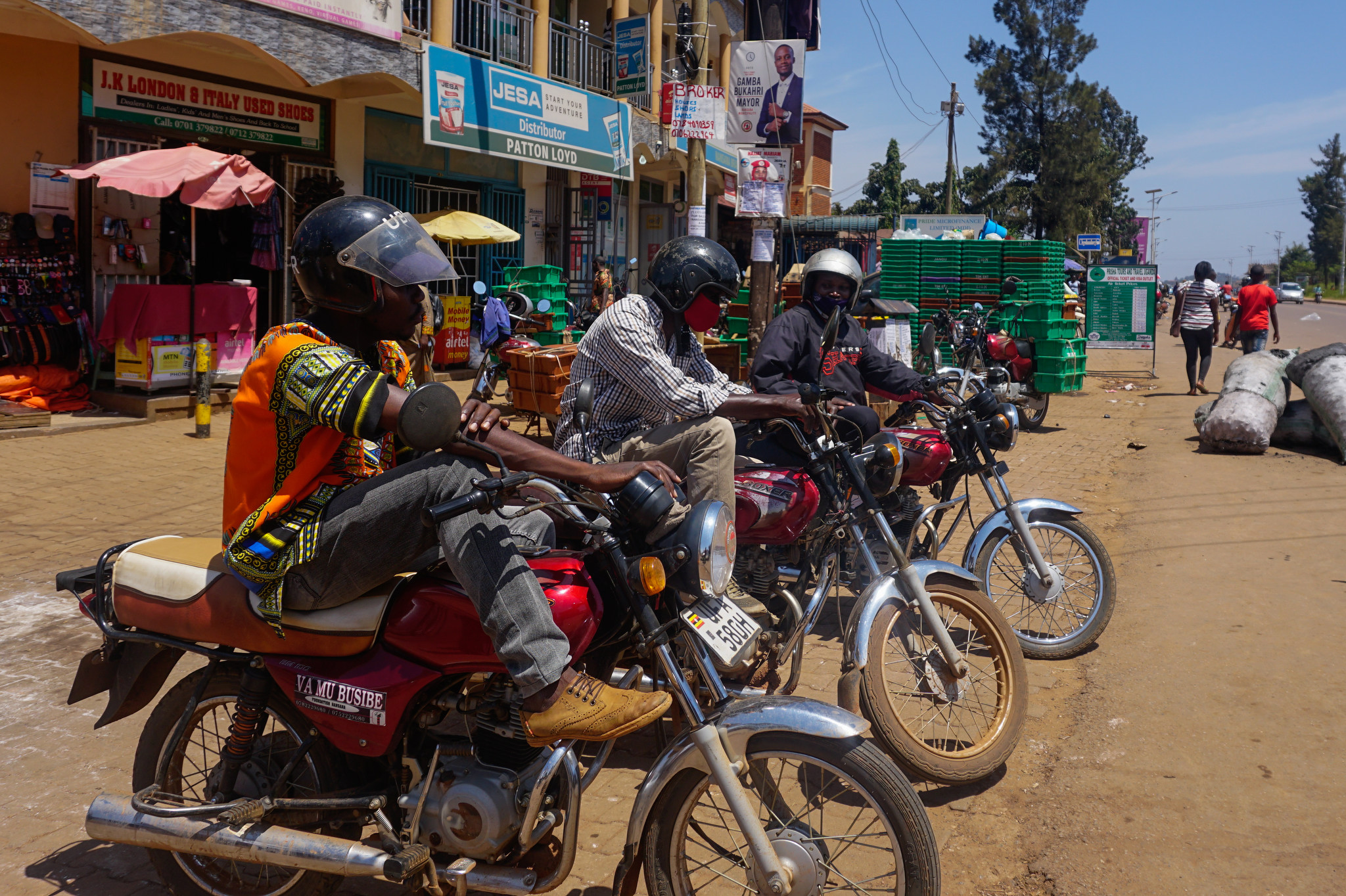 “While we recognize the effort the government has put in to fight the virus, refugees have been forgotten yet again,” Mugisho says. “No one has reached out to us during the 42-day extended lockdown. Refugees need to be planned for as well, even in the hard times.”

Kibenge says the program relied on the honesty of local authorities. “Only persons given to us by the town clerk were paid,” he says. “There was no corruption beyond the level of data entry.”

But some individuals did receive a payout from the government despite not meeting the official criteria.

Naboth, a businessman in Kampala, says he’s not a vulnerable individual, but he nonetheless received 100,000 shillings from the government two days after a friend in the western city of Hoima, who knows members of the local council, called and asked for his national identity number.

Naboth requested that he be identified only by his first name in order to avoid retribution by the government. Officials from the local council in Hoima didn’t respond to interview requests.

He isn’t the only one. Martin, who also asked to be identified only by his first name to avoid government retribution, works for a bank in Fort Portal, a city near the western border of Uganda. He too received the relief money after a friend in the city of Masaka, southeast of Fort Portal, asked for his national identity number. 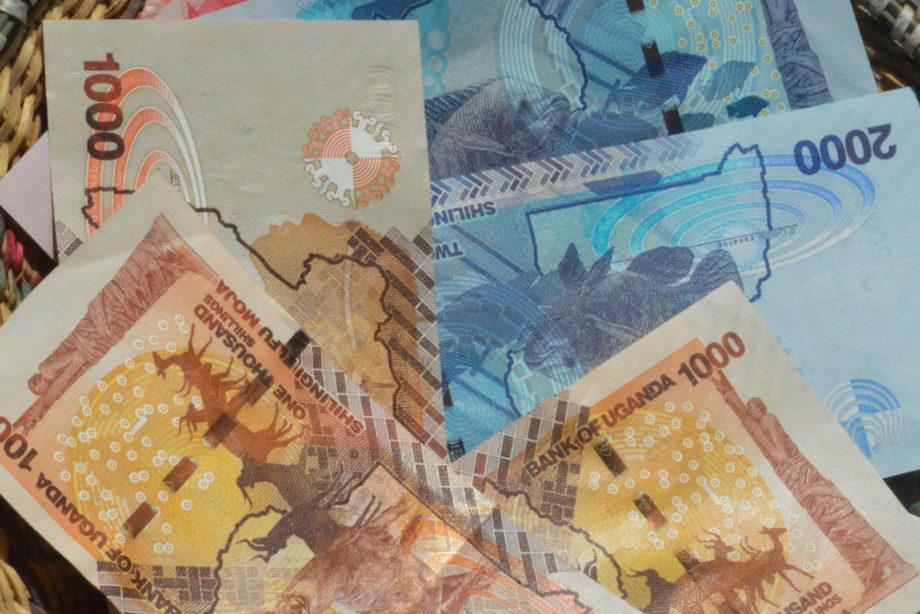 According to the relief program, eligible Ugandans would receive 100,000 Ugandan shillings (about $28) via their cellphones.

“I was shocked when I received the money,” he says, “because clearly I am still working at the bank, and my finances have never been affected by the pandemic.”

Martin says he shared his identity number reluctantly, and he didn’t believe the government would actually send him the money, since he doesn’t qualify for the relief program.

Fred Bamwine, head of the task force in charge of Masaka’s COVID-19 relief fund, referred interview requests to the town clerk, Emmanuel Gakyalo. Gakyalo says he was unaware of any individuals who erroneously received relief money.

“To my knowledge, all the people who got the money qualified to get the money,” he says.

Timothy Lusala Batuwa, who serves as the political opposition party’s minister of health, says Parliament should have been involved in determining who qualified for the program, and local officials should have been more transparent about who was signed up to receive aid.

“We have heard stories that some local council chairpersons included about five members of their household on those lists of people meant to get the relief money,” he says. “Lists should have been displayed at the village level so that they are scrutinized one by one.”

Beatrice Lamwaka is a Global Press Journal reporter based in Kampala, Uganda. She specializes in reporting on gender-based violence.