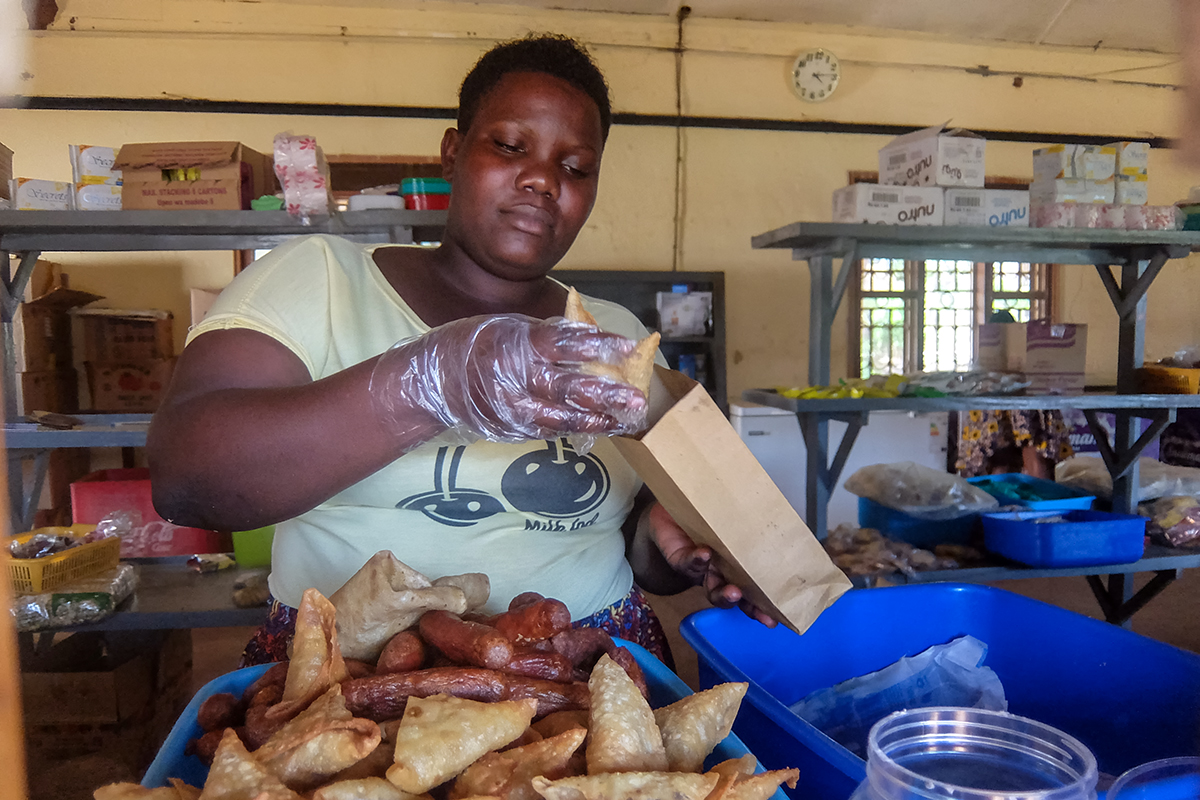 KAMPALA UGANDA — It’s break time at Gayaza High School, a boarding school in Uganda’s Wakiso District. Hungry students move in droves toward the school canteen, lured by the promise of sausages, chapatis, samosas and bread. Some wait with empty containers, while others watch as Lillian Nalunkuuma wraps treat after treat in brown paper bags.

The bags are an alternative to single-use plastic bags, which are still a common sight in Uganda’s retail shops and supermarkets. Vendors pack purchased items for customers in the thin polythene bags, known locally as kaveera.

But despite their popularity, the Ministry of Education and Sports banned plastic bags from Ugandan schools.

This ban isnot the first timethat the Ugandan government has tried to rein in the use of plastic bags.

But Aggrey Kibenge, the ministry’s undersecretary, says that earlier campaigns to rid the country of plastic bags failed because not all government ministries were involved in implementation.

“Ourselves, as key stakeholders, were not part of the effort,” Kibenge says. “As a ministry, we are responsible for one third of the population in the country.” 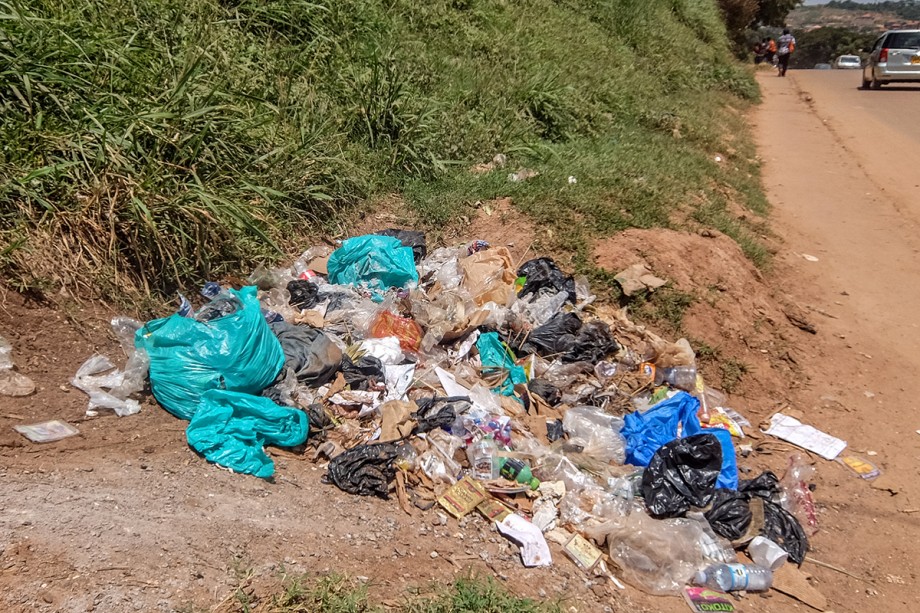 Gayaza High School heeded the order by sending a letter notifying parents of the ban along with end-of-term student reports in December 2018. A post went up on the Gayaza High School Facebook page telling parents to “kindly be advised of inconveniences” should they disregard the ban.

The message got across.

“Since the term began, no parent came with kaveera,” says Agatha Senyonjo, the deputy head teacher at Gayaza High School. “We checked the students’ luggage beginning of term and nobody had carried kaveera.”

But enforcement of the ban does not stop with students and parents. Kibenge says teachers and head teachers are urged to comply with the ministry policy. Teachers who do not comply will face disciplinary action, including suspension.

“Everybody should appreciate it to ensure we protect our environment,” Kibenge says.

“It is easy to implement because it’s teachers running the canteen,” Muloni says. “And, as a school, we will tell students to tell others about the dangers of kaveera.”

But Muloni suggests that the campaign would be more effective if polythene bags stopped being manufactured and sold entirely.

But it’s been a challenge for the Ugandan government to stop the production of plastic bags. According to Shamim Nabatanzi, the administrator at Uganda Plastic Manufacturers and Recyclers Association (UPMRA), Uganda’s 60 plastic companies employ more than 6,000 people full-time and 20,000 people part-time to produce and distribute the plastics.

Then there’s the financial incentive. Nabatanzi says that the plastic companies are the ninth largest tax payers in Uganda.

Manufacturers have developed strategic relationships with politicians over the years, leveraging their connections to successfully stop or postpone prior bans. But Nabatanzi says that recently plastic manufacturers have worked with government departments such as Kampala Capital City Authority, National Environment Management Authority and the Ministry of Trade, Industry and Cooperatives to ensure that the newly introduced National Environment Bill 2017 hurts neither the plastic industry nor Ugandans.

The bill, passed in November 2018, stipulates that the ban only applies to the thin, single-use plastic carrier bags that are less than 30 microns. Nabatanzi says this move does not disfavor plastic manufacturers. The bags still in production are made of plastic, but are thicker in composition. That allows plastic bag manufacturers to remain in business, so long as their they adhere to the 30-micron regulation.

But Nabatanzi believes that instead of banning the thin, polythene bags, Ugandans should be taught how to sort and make new items from the disposed bags.

“They should use the same amount of money they are using to advertise ban of plastics bags to advocate against littering,” Nabatanzi says. “They can teach sorting so that people can make money out of it.” 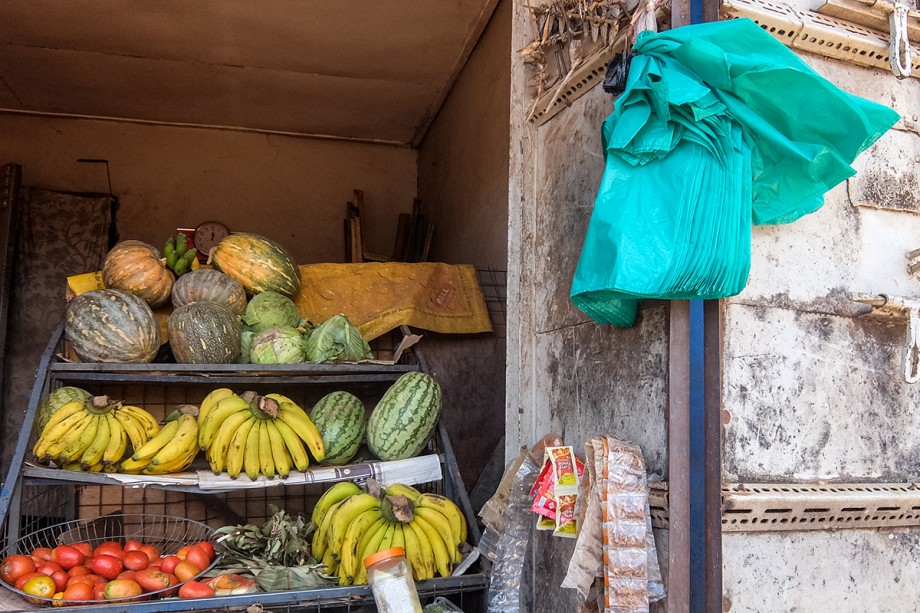 Plastic carrier bags are used to pack various items for customers such as fruits and vegetables at a shop in Kisaasi, a Kampala suburb.

But the government has another problem: a clogged drainage system. According to a Kampala Capital City Authority report, the city authority spends 10 billion shillings ($2.7 million) annually to unblock the drainage system of debris – including plastic bags.

The government also received increased complaints regarding the health and environmental hazards associated with the production and use of plastic bags.

“I see locals burning waste everywhere and it’s responsible for most respiratory illnesses in Uganda,” he says.

Tumusiime believes the plastic bag ban will only be effective after factories that manufacture the bags close.

Geoffrey Kamese, the Senior Program Officer for projects at the National Association of Professional Environmentalists, agrees that the ban on plastic bags in schools is a good move by the Ugandan government, but adds that such bans in Uganda have been marred by commercial interests.

“We have been pampering harmful industries in order to get taxes,” he says.