Skip to main content
The story you are reading was published on Tuesday November 21, 2017. To read more recent stories click here. 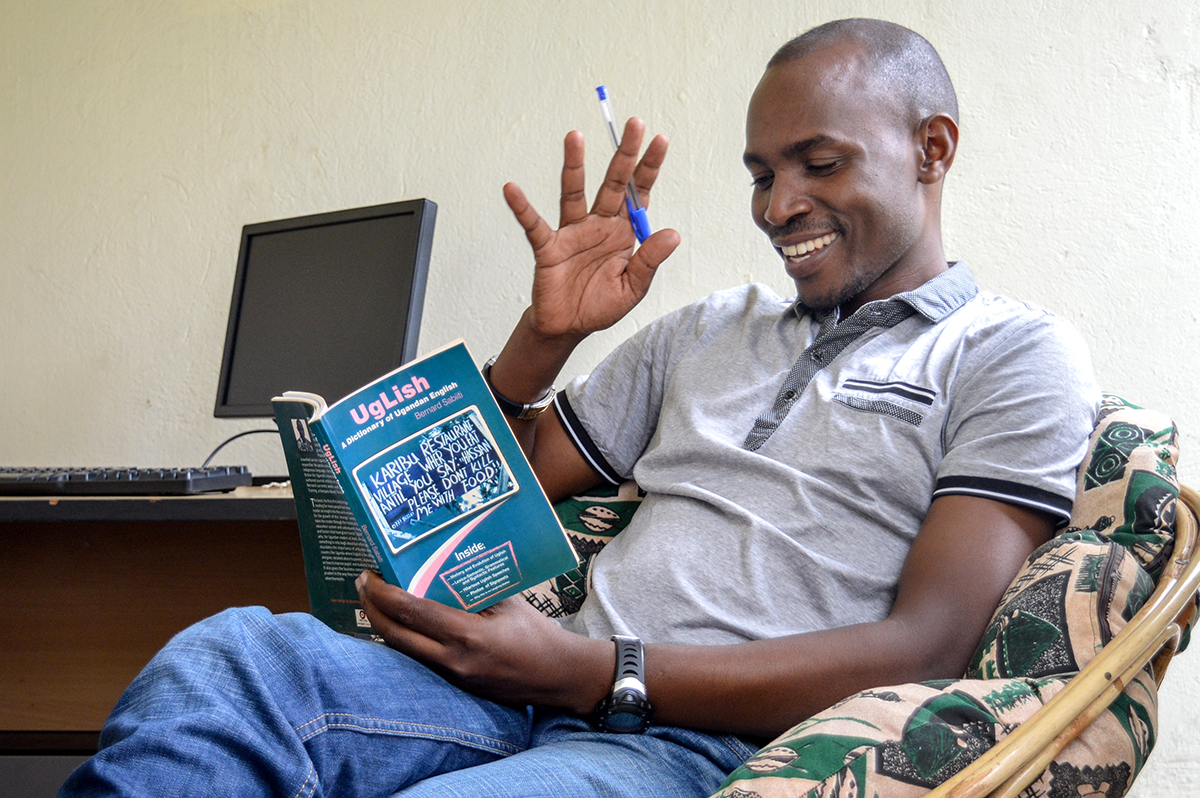 KAMPALA, UGANDA — To most of the world, a “Rolex” is an expensive watch and potatoes are a dinnertime “side dish.”

But in Uganda, where a dialect of English called Uglish, short for Ugandan English, is spoken, those words have different meanings.

“To me, a rolex is a delicacy made of chapatti, eggs and tomatoes,” says Marion Musimenta, 21, a university student and Uglish speaker. “And a side dish is a mistress.”

The use of Uglish (pronounced oog-lish) is on the rise in Uganda, particularly among young people. Linguistic experts say that new Uglish words describe the latest trends, and ideas pop up every day. Cultural critics worry that the increased use of Uglish in schools will limit students’ ability to learn formal English. But Uglish proponents say the language gives them the freedom to break away from colonial norms and express local concepts in authentic ways.

Bernard Sabiti author of UgLish: A Dictionary of Ugandan English, a book published in 2015 and widely considered to be the first formal Uglish dictionary, says that while the blended language has cultural importance, students are missing the chance to learn formal English when teachers use Uglish in the classroom.

“Some teachers, particularly in state-owned schools, use Uglish while communicating to their students. This is wrong because it will affect the way the child responds to the national examination tests,” Sabiti says. “The way a kid starts constructing a sentence depends on who teaches him.”

Click on the image to expand, and learn more about these Uglish words.

But Davina Kawuma, a fiction writer, disagrees. She says using Uglish is not to blame for a decline in the quality of education here.

“Our education has other systematic problems. So trying to use Uglish as an escape is unfair. Language is not static, and we should stop pretending that it is,” she says.

Patrick Muinda, assistant commissioner of communications and information management in the Ministry of Education and Sports, says there is no rule that prohibits teachers from using Uglish in the classroom. And while its use could be a contributing factor in what is perceived as an overall decline in education quality here, he agrees that there are other major factors.

“Poverty, long distances from home to school, teacher absence in class, wars and politically-[motivated] conflicts, and many other factors contribute to the decline in a child’s performance during tests, not only Uglish,” he says. “In fact, Uglish plays a minor role.”

“The notion of standard English is colonial. The more people mess with English, the more they own it, the more it makes sense to them,” he says. “Uglish in my view is phenomenal and should be celebrated. As a writer, it is one way one can create uniqueness, individuality or character.”

Uganda was colonized by the British in 1894 and gained its independence in 1962.

For Uglish to work in the classroom, context is key, Kahyana says.

“For my students’ course work and examination[s], I cross through Uglish, because an essay is a formal document that requires formal grammar,” he says. “But if Uglish is consciously used to capture a Ugandan situation, it is okay. Uglish should be contextualized.”

New words pop up in Uglish all the time to save time translating back and forth between Luganda and English, which is most Ugandans’ second language.

“So as a result, they come up with phrases that will make sense to them,” he says. “For example, if you haven’t seen someone for a while, in Uglish, people will say, ‘you’re lost.’” 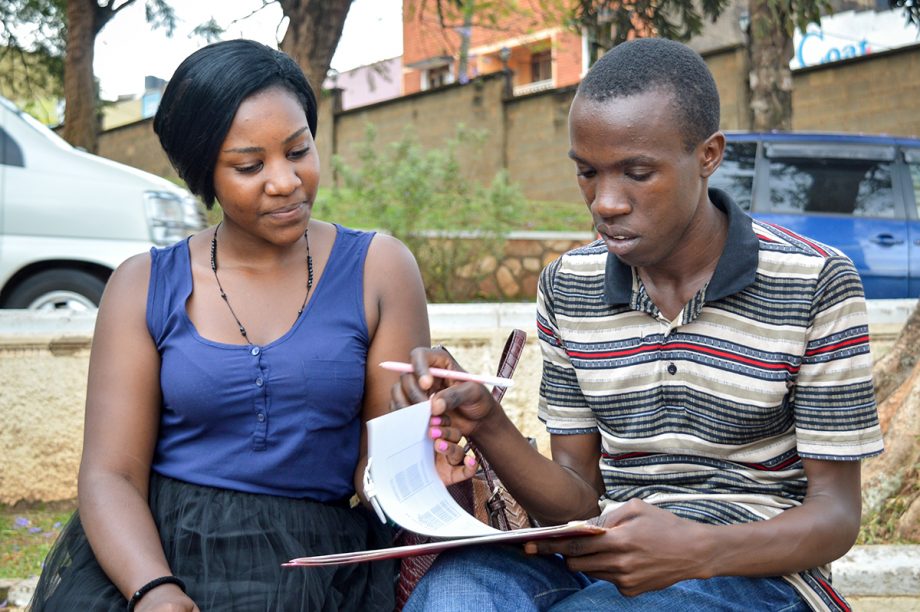 College students Marion Musimenta (left) and Isaac Bemba study together at Stafford University in Kampala, Uganda. The use of Uglish is on the rise in Uganda, especially among the youth.

Other times, new words are derived from specific situations. In September, for example, a member of parliament, Ibrahim Abiriga, was caught urinating in public on a fence surrounding the Ministry of Finance building.

Shortly after, a new Uglish word popped up – “Abirigate,” which is now used in certain contexts to mean “to urinate.”

“Ugandans just added a ‘t’ and ‘e’ at the end of his name to coin a new trending Uglish word,” Sabiti says.

Other Uglish words have long been engrained in local usage: a “bodaboda” is a motorcyclist and a “detoother” is a gold digger.

“The Ministry of Health uses the phrase ‘live sex’ instead of ‘unprotected sex’ in its advocacy against the spread of HIV,” Sabiti says. “The president has used Uglish in some of his speeches, members of parliament have used it while debating, ministers – I find myself using Uglish even when I think I am not.”

“The use of ‘live sex’ in health advocacy campaigns is more appealing; it’s more familiar to me than ‘unprotected sex,’” she says, which gets to the heart of why people love Uglish. “It’s simple and understandable. Uglish conveys a message in a way that can only make meaning.”