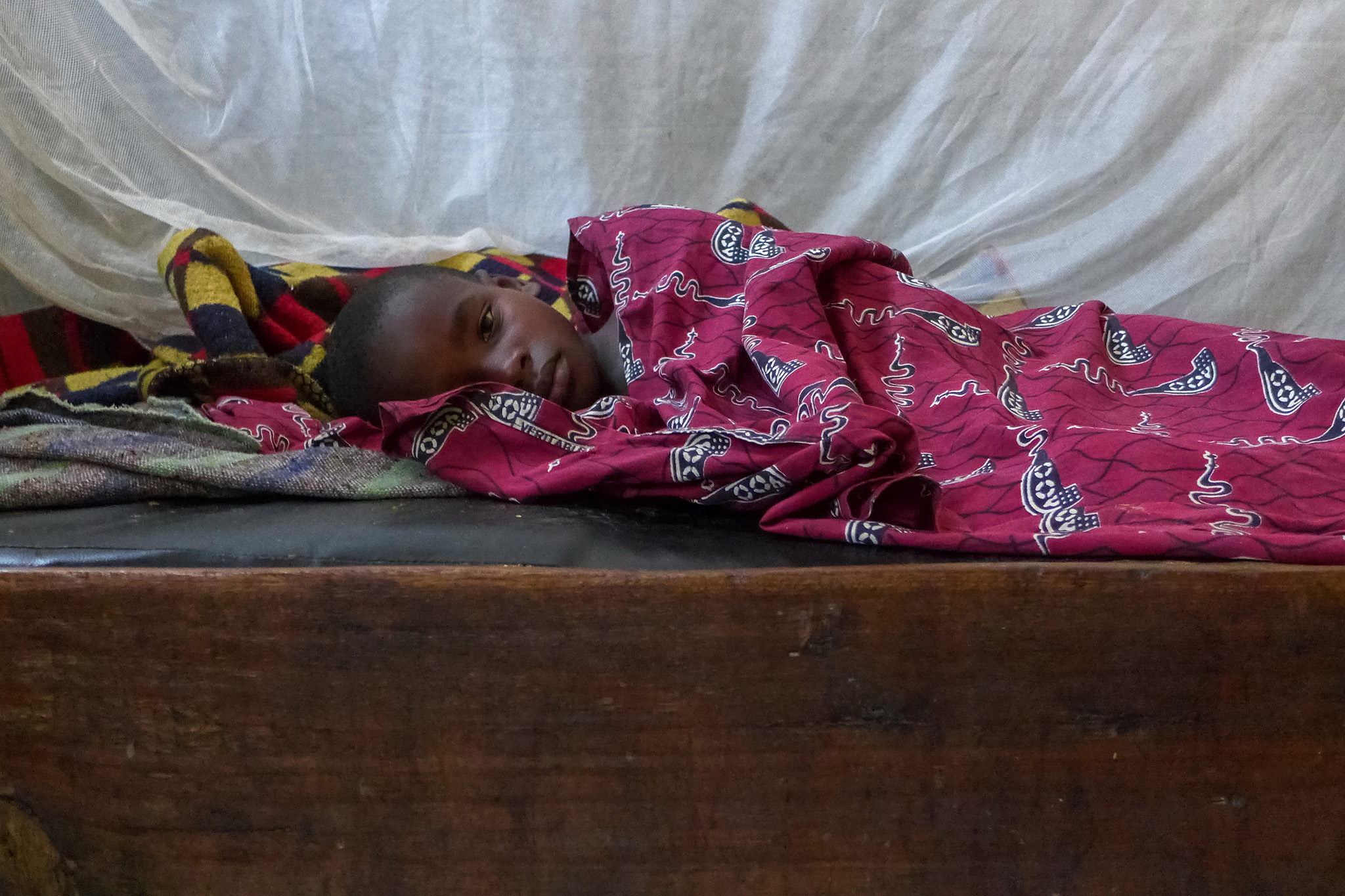 RUBAYA, DEMOCRATIC REPUBLIC OF CONGO — One morning in early October, Claude Gasore, 12, lies on a hospital bed that has no sheet. A bucket sits under the bed in case he has to throw up. Excruciating pain from chronic diarrhea forces the thin, talkative boy into a fetal position.

The cramped room smells of medicine and vomit. The bathroom is stained, the mattress ragged. And like the rest of the health center, the room lacks clean water.

“I can’t remember how many times I had to take my child to this hospital, probably more than eight times since the age of 3,” says Elisabeth Muhoza, Claude’s mother.

Potentially fatal waterborne conditions such as diarrhea, intestinal worms, cholera and typhoid are a burgeoning threat to Rubaya and throughout DRC.

A fast-growing city in the Masisi territory of North Kivu province, Rubaya has access to plenty of water. But activists and residents say miners use the bulk of it to extract raw materials that make parts for electronics, including cellphones. 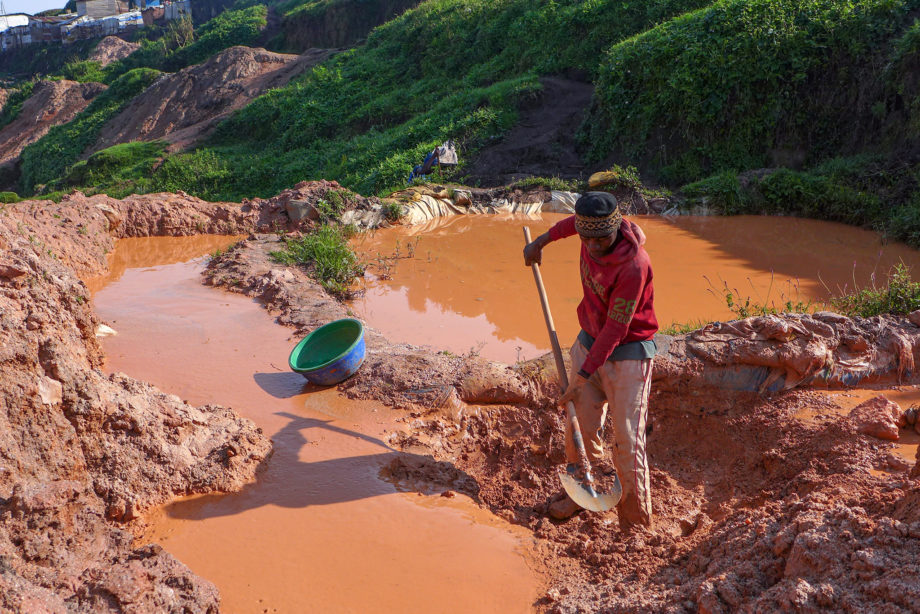 Claudien Habarugira, 21, washes minerals in Rubaya. Activists and residents accuse miners of using much of the city’s water to separate minerals from sand. As a result, they say, Rubaya has a water shortage.

Miners deny the charge, but whatever the reason, Rubaya still lacks clean water, a challenge mirrored throughout DRC: Though the country boasts an abundance of water, its people face a constant shortage of the resource — and the scourge of waterborne illnesses. In 2019, DRC had among the most cholera cases in the world.

According to the United Nations Children’s Fund, known as UNICEF, while DRC has more than half of the continent’s supply of water, 33 million people in rural areas have no access to quality water.

“The country doesn’t have sufficient means necessary for the construction of pipelines to carry water,” says David Angoyo, director of the North Kivu office of Regideso, the national utility that oversees the production and distribution of water. “This requires a lot of [money].”

Rubaya, a verdant, tree-shrouded city hemmed in by hills, features minerals such as coltan, tungsten and tin, materials used in everything from paints and pacemakers to computers and smartphones. But processing the minerals — separating them from sand — takes prodigious amounts of water.

Mining has attracted many people to the area, while conflicts in other parts of North Kivu have driven displaced Congolese to Rubaya, says François Mwenge, chairman of the Water Committee of Rubaya, a government body. The city’s population has nearly doubled in five years, soaring to nearly 100,000. 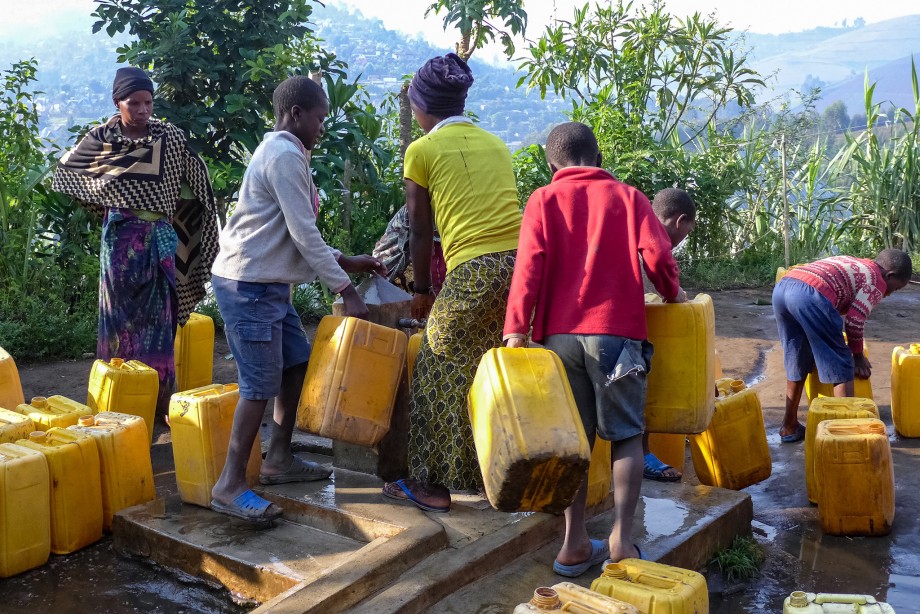 Children and women in Rubaya take long walks with their jerry cans every day to get water. Often the water is dirty because it comes directly from the source without any treatment.

Mwenge says four pipelines once served the area, but a landslide in April 2019 damaged two of them.

Even when all four pipelines functioned, he says, the miners’ water usage combined with the population boom meant the city still didn’t have enough water. “The capacity of our water networks is still the same,” he says.

Today it can take Rubaya residents a whole day to access water. In some neighborhoods, up to 200 households share one tap.

Clement Ntirenganya, who oversees Rubaya’s health center, says lack of access to clean water is a major reason local children get sick. A 2017-18 survey by UNICEF and the Ministry of Planning found that 56% of North Kivu’s residents have a medium to high risk of drinking water with the potentially deadly E. coli bacteria.

Children who are regularly ill often struggle with stunted growth, he says. He also blames the city’s rising infant mortality rate on waterborne illnesses. Five years ago, the rate was 3%, he says. Now it’s 5%.

Activists and residents say miners have caused both the shortage of water and its contamination.

“The washing of the minerals is the main cause of the water shortage in the city because the quarrymen do not hesitate to cut off the pipes of the network which supplies the city in order to divert the water to their laundry rooms,” according to a 2017 report by a coalition of DRC nongovernmental organizations focused on issues affecting women. 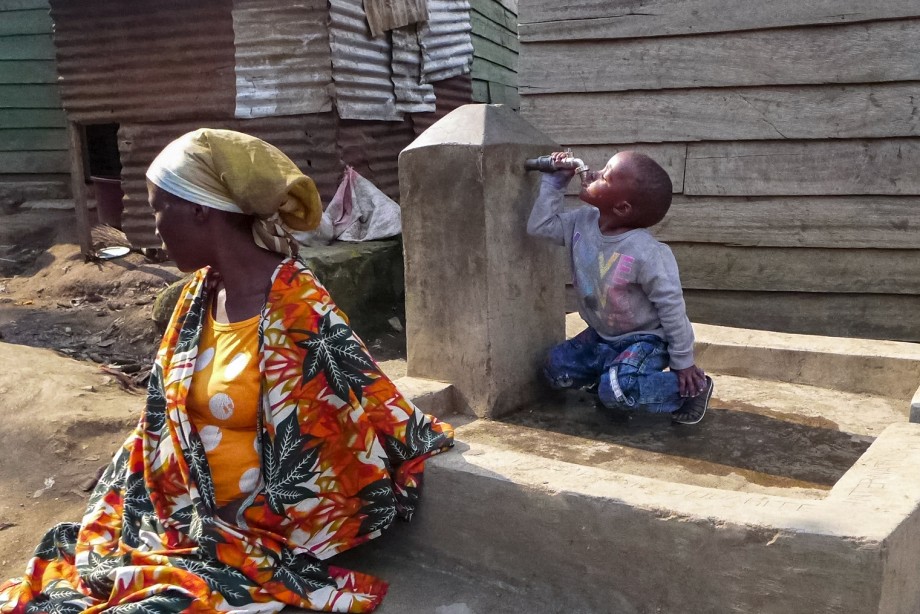 Benoit Zabayo, 5, tries to drink water from a dry tap as his grandmother, Madeleine Muhoza, sits nearby. Health officials in Rubaya say a lack of clean water has caused outbreaks of diarrhea and illnesses among the city’s children.

The report also notes the “mud-coloured waters discharged by the mineral laundry rooms that proliferate in Rubaya and which are contaminating exponentially almost all the water sources in the area, from which women and children extract water daily for drinking and cooking.”

More than 3,500 miners labor in Rubaya, working mainly for the Bisunzu Mining Company and the Cooperative of Artisanal Miners of Masisi. Cooperative President Robert Seninga Habinshuti denies the role of miners in Rubaya’s water crisis.

“The reality is that water is a general problem throughout the country and it’s the same here in Rubaya,” he says.

He says his cooperative doesn’t tolerate miners diverting water intended for the population: “We are working for the well-being of the community, and we are one of them.”

Miner Gerald Habimana, married with five children, argues that the city’s economy needs mining operations and the government should provide enough water for everyone.

“We shouldn’t be the only ones to blame since we are also part of the local community, and our wives and children are suffering too,” Habimana says. “Also, without minerals, they would have nothing to eat.” 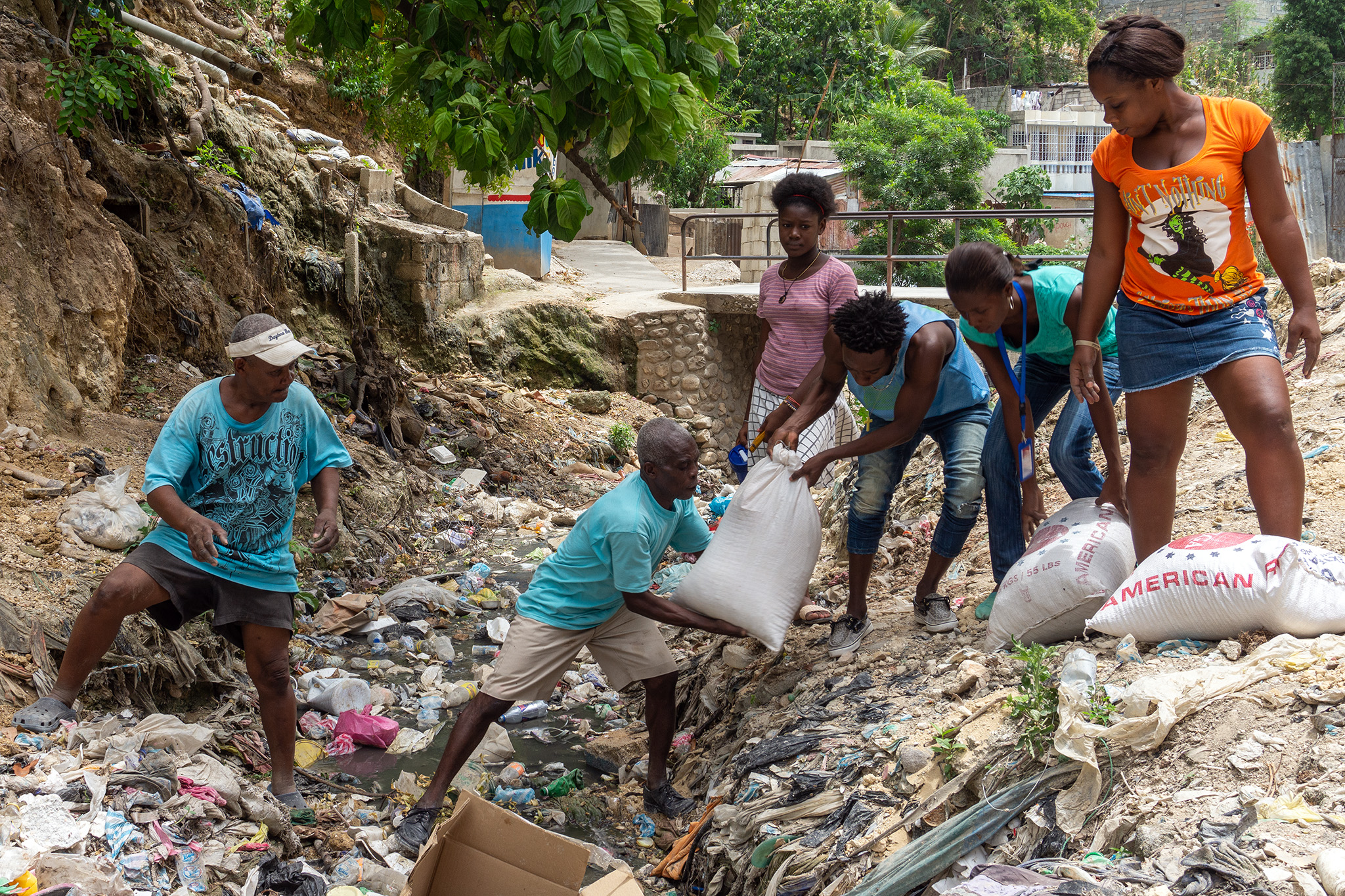 Gervais Hakizimana, chairman of the Civil Society in Rubaya, says he has sought help from the chief of Masisi territory, who takes the city’s issues to the provincial governor. He says he has not received a response.

Unless changes come, there may be another outbreak of diarrhea, Hakizimana warns. In July 2019, children suffering from the condition — most of them under age 5 — almost filled the health center.

In DRC, schools reopened to all children on Oct. 12, after closing in March due to coronavirus restrictions. Claude, the boy suffering from chronic diarrhea, was not among them.

Instead, he recovered in a hospital for a week and a half before returning to the fourth grade, his mother says.

“Why do we keep providing the world with raw materials to make smartphones,” Hakizimana asks, “while our own children are dying from lack of water?”