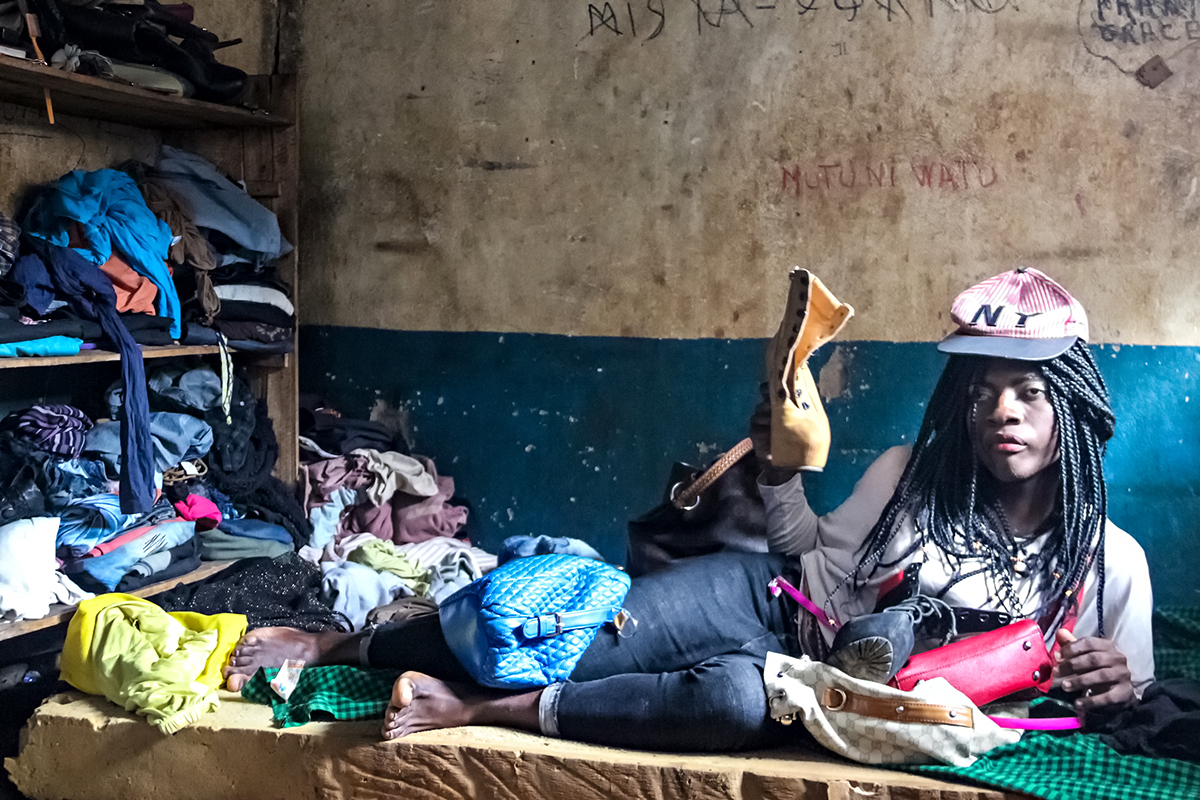 BUKAVU, DEMOCRATIC REPUBLIC OF CONGO — In a seemingly abandoned home at the edge of the city, five young lesbian, gay, bisexual and transgender people live together in hiding.

Abuse and discrimination are on the rise for members of the LGBT community in Bukavu, the capital of DRC’s South Kivu province, advocates say.

In this tiny 5 square meter (6 square yard) house, three gay men and two lesbians live together. Unable to find jobs, they’ve taken up sex work at night to feed themselves. They take turns paying $20 USD per month to stay in this house.

Each member of the house has a similar story: abandoned by relatives; denied jobs; excommunicated from churches. They say intimidation, kidnapping, arrest and violence have become common, despite the fact that homosexuality is legal here.

Consolé Bahati, 28, says her parents discovered she was gay in 2006. They immediately stopped paying her school fees, forcing her to drop out of school. She says she chose to adopt the female pronoun recently.

She says when she was in school she felt comfortable hanging out with the girls, but when she put on skirts and makeup the girls shunned her. 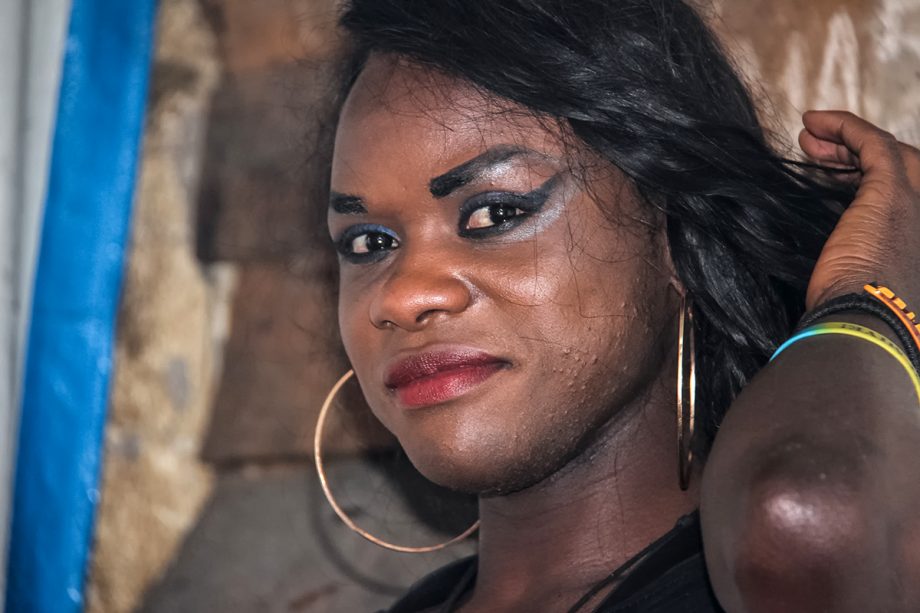 Consolé Bahati, 28, posing for a photo in the house she shares in the Kadutu neighborhood.

“In the market, women vendors used to treat us as witches and others pelted us with stones,” she says. “Others simply refused to sell us their goods, saying selling their goods to us was nothing other than a curse.”

Being shunned by former friends was harder to endure than the violence, she says.

“In my church, I used to sing in the church choir.  But when my sexual orientation was discovered, I was immediately excommunicated,” she says. “My colleagues in the church choir couldn’t even greet me whenever I crossed them along the way. They used to run away whenever I approached them.”

For nearly a decade, Bahati has been living in abandoned homes and on the fringes of society.

Unlike other countries in the region, such as Uganda and Kenya, DRC has never outlawed homosexuality. But there is no social acceptance of the LGBT community here.

In the market, women vendors used to treat us as witches and others pelted us with stones. Others simply refused to sell us their goods, saying selling their goods to us was nothing other than a curse.”Consolé Bahati

One report, published last April, detailed a situation where five homosexuals were forced to flee from their house when it was raided by police. All five were beaten by police and were forced from the neighborhood.

Members of the LGBT community have no legal recourse here, says Alphonse Mihigo, the chairperson of ALCIS.

He says they have difficulty getting people to formally report cases of abuse, though informal reports are common.

“It’s unfortunate that only five cases have been reported within a period of four months, which suggests that neither authorities nor civil society organizations are speaking out against the scourge of violence,” he says.

Mihigo says members of the LGBT community are treated like criminals in their own country, despite the fact that homosexuality is not illegal.

“We’re Congolese and we all have the right to live wherever we want in our country and move freely. We aren’t foreigners in our own country,” he says. 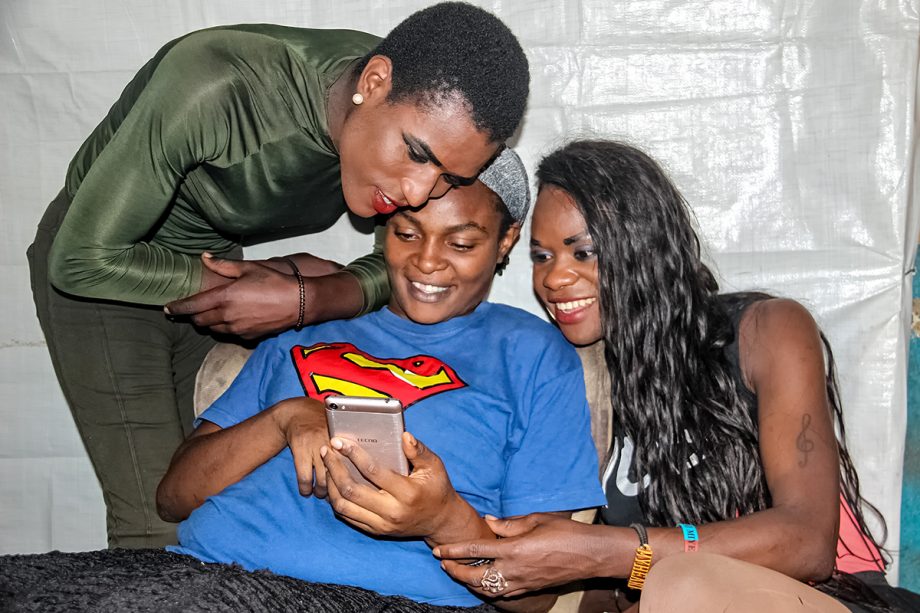 In the Kadutu neighborhood in Bukavu, five member of the LGBT community live in hiding.

Born with the name Jerry, she now identifies as Amanda. She says she’ll never forget the first time she dressed as a woman and went out in public.

“It was a Sunday. I put on makeup and a skirt and took a handbag with me,” she says. “I boarded a taxi and instantly felt the stares and the whispers began.”

She says she greeted her fellow passengers, saying, “hello everyone,” but it didn’t help.

“I heard people whisper, ‘It’s a boy!’ and another said, ‘No! It’s a woman, don’t you see that she has on makeup,’” she remembers.

Finally, a mother with her child in the taxi yelled at the driver to stop. The driver forced Amanda from the taxi, not wanting to lose his other passengers.

“This is the kind of life we lead on a daily basis,” she says.

But for the five young people living in the tiny house at the edge of the community, there is little hope for change.

“Attacks can come at any time. We’re often forced to run back home, locking ourselves in our house,” Bahati says. “Life is very hard for us.”